Najib's account - political beneficiaries
who 'got a cut' revealed...

On July 2, the 1MDB special investigative task force announced that more than 400 bank accounts were frozen on suspicion of receiving funds allegedly originating from the state investment fund, amounting to RM1.1 billion.

These were alleged recipients of funds from the personal bank accounts of former premier Najib Abdul Razak. Part of the sum was used to support BN in the 2013 general election.

Malaysiakini, in its latest microsite, explores some of the transactions.

Since 2015, international reports have revealed various transactions involving Najib's bank accounts amid alleged attempts by the then BN government to suppress investigations into 1MDB.

In 2016, Australian-based ABC News also reported how some of the money from Najib's bank accounts was spent. It alleged that apart from political purposes, the funds were also used for vacations and to acquire cars and jewellery.

It was into this account that US$681 million was deposited in 2013. The sum is colloquially referred to as "RM2.6 billion" based on the exchange rate when the deposits were first exposed by Sarawak Report and the Wall Street Journal in 2015.

Najib continues to maintain that the US$681 million was a donation from a Saudi royalty while the US Department of Justice, in its civil forfeiture suits, claimed that it originated from 1MDB.

Accounts involving SRC International Sdn Bhd are not covered in the microsite due to a gag order by the Kuala Lumpur High Court after Najib was charged with allegedly misappropriating RM42 million from the state-owned company. The former premier has denied the allegations.

In total, at least RM470 million went to various political entities through 102 transactions, excluding individuals, between April 2012 and August 2013.

The money was distributed to various party chapters, wings and even a party-owned library.

In terms of states, political entities in Selangor were the biggest beneficiary with RM60.25 million followed by Najib's home state of Pahang with RM37.73 million.

However, the bulk of the funds went to political entities at the federal level with RM275.5 million.

Explore the transactions on Malaysiakini's microsite: "Nicked from 1MDB or Donation?: Political Hands in the Cookie Jar". Continue reading...

The name Liew Chin Tong may not ring a bell among Barisan Nasional (BN) coalition ruling government, let alone 32-million Malaysians, before the 14th general election on May 9, 2018. But this was the guy who sent shivers down MCA (Malaysian Chinese Party) spine when he unexpectedly ventured into the lion’s den – Ayer Hitam, Johor.

Since the federal constituency of Ayer Hitam was created in the 1974, it has never fallen to the opposition. It is one of a few BN fortresses left in the state of Johor. Wee Ka Siong, the deputy president of MCA has been the MP for the constituency since 2004. But he almost lost 2 months ago, winning only by a razor-thin majority of 303 votes (compared to 7,310 majority in 2013).

From seven parliamentary seats 5 years ago, Mr. Wee is today the sole representative of MCA in Parliament. On June 12, Liew Chin Tong filed an election petition to challenge the outcome of the Ayer Hitam seat result. The result which recorded 556 rejected ballots and 94 unreturned ballots was too suspicious and unbelievable to be accepted.

Majority of the ethnic-Chinese, of course, believe Mr. Wee had actually lost the seat. On Wednesday evening (May 9), riot police were mobilised outside a results centre in Ayer Hitam after hundreds of people were seen stopping unmarked cars – allegedly carrying fake ballot boxes – from entering. They suspected Wee Ka Siong had won by cheating. 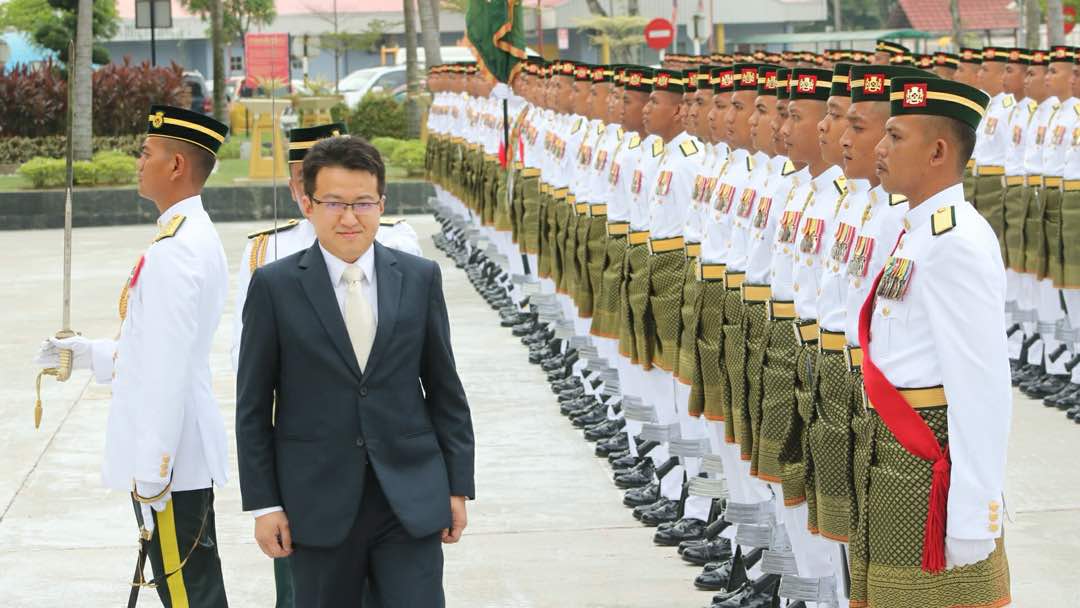 The fact that Liew Chin Tong is chosen to become the deputy in charge of the powerful ministry speaks volumes about his valuable talent. He is like “Zhuge Liang (Kongming)” – a  politician, military strategist, writer, engineer and inventor during the Three Kingdoms period – to Lim Kit Siang, the supremo of DAP (Democratic Action Party), a member of the current ruling coalition.

Liew Chin Tong, arguably the most brilliant strategist DAP has ever possessed, was the low-profiled young politician who inspired the opposition party leadership for the “blitzkrieg” on the state of Johor, the birthplace and last bastion of former ruling party UMNO, in the 2013 general election. Although Johor didn’t collapse, the onslaught had left a huge unrepairable crack.

It’s not an exaggeration to say that had Liew Chin Tong not started the ball-rolling of cracking UMNO’s nuts in Johor 5 years ago, even Mahathir would have huge problem rallying the Johoreans to overthrow Najib regime about 2 months ago. Actually, we had written an article (read here) about 3 years ago how UMNO could lose Johor state, but Najib and his boys were too arrogant to notice.

There’s little doubt that should a fair and clean by-election is held in Ayer Hitam today, due to whatever reason, Mr. Liew should have little trouble defeating Mr. Wee. It would be foolish for Liew not to accept his appointment as Senator and Deputy Defence Minister just to entertain Wee’s mocking and provocation, which clearly was a trap.

At least Liew didn’t cry like a baby after he lost the Ayer Hitam seat, unlike Wee. Close to 10 years ago in 2009, the nation was shocked and flabbergasted  when Wee Ka Siong (then MCA Youth Chief) together with Chew Mei Fun (MCA Women Chief) burst into tears when both were dropped from MCA presidential council by the party’s president – Ong Tee Keat.

The power-hungry Wee had even asked then vice president Liow Tiong Lai to lead a delegation of 9 MCA MPs to see the PM Najib Razak and threatened Najib that they would quit to join now-defunct opposition Pakatan Rakyat unless MCA President Ong Tee Keat was removed. Mr. Wee was perhaps the only MCA leader in the history of the party who had shamelessly cried after losing power.

Obviously, Wee Ka Siong was what Chinese would call a “national traitor”, someone who willingly opened the gate and invite enemy into the kingdom. Interestingly, that was not the first time Wee had angered the Chinese with his drama stunt. In 2012, just before the 2013 general election, Wee cried wolf as he was chased out by the Chinese community during a rally.

Wee, the then MCA Youth Chief was not only booed, heckled and jeered by a crowd of 7,000 (some claimed 10,000) people but also narrowly missed a punch from an angry “Uncle” as Mr. Wee was leaving the event. Thanks to about 20 uniformed police and Rela personnel who formed a human wall around him, Wee Ka Siong only suffered “lightly hit on the face”.

Shocked and saddened by the jeers and scuffles, not to mention the embarrassment, Wee Ka Siong said hooliganism was not part of a civilised society. Amazingly, despite being chased out by the same community that MCA claimed to be representing, the then Deputy Education Minister Wee had no idea what was about to hit his party a year later in 2013. - ft 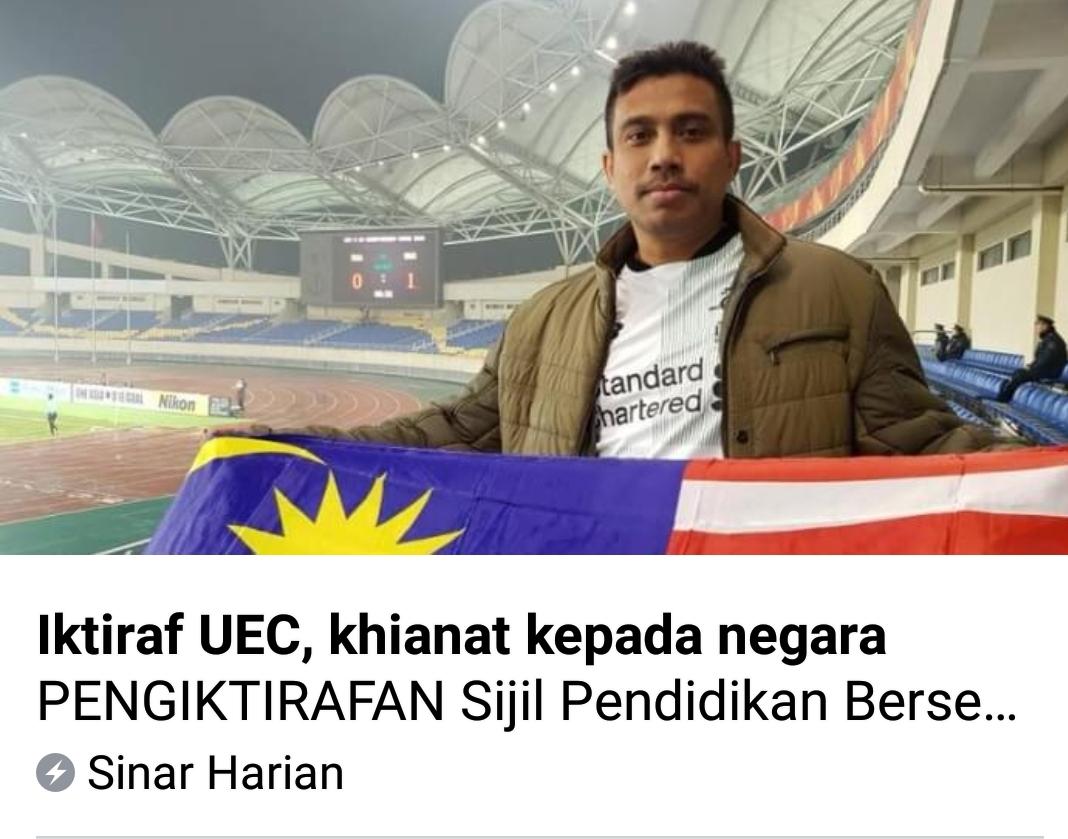 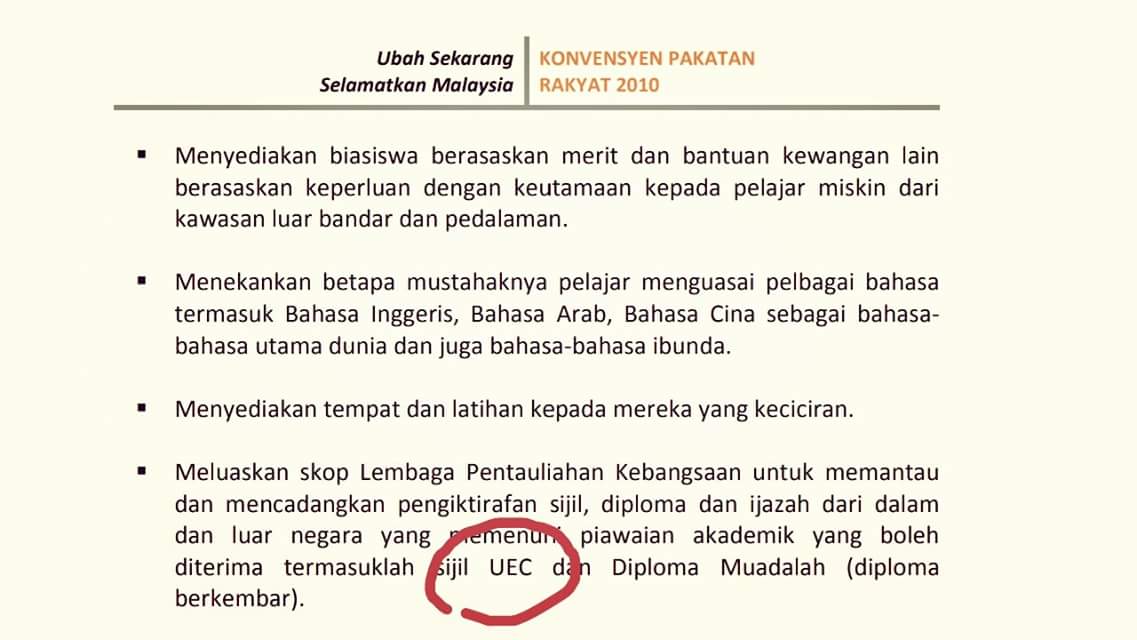 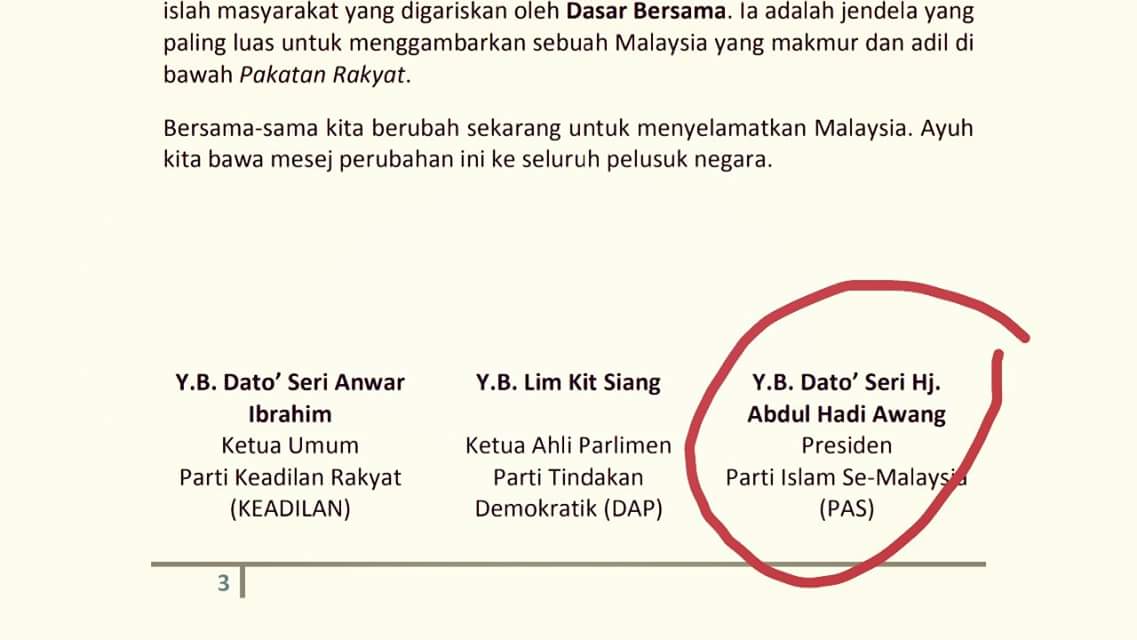