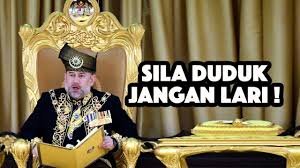 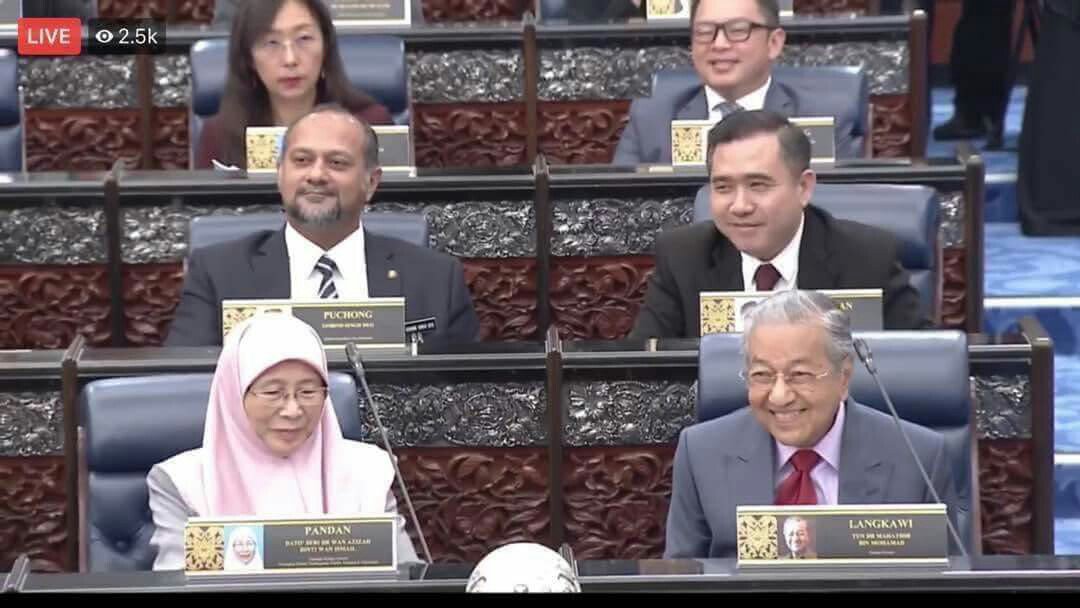 Opposition BN/PAS Should Never Return
After Walked Out Of Parliament...

What goes around comes around, as the saying goes. For the first time in 61 years, the former Barisan Nasional (BN) coalition ruling government is forced to switch their seats to that belong to the opposition. They had lost their long-held power. Given a choice, they would prefer to call sick and not attend the Parliament for obvious reason – too humiliating.

On Monday (July 16), the opening of the Malaysian Parliament started with a bang – the opposition arrived with an evil plan to create chaos. As opposition lawmakers for the first time since independence in 1957, 51 MPs from BN and 18 MPs from PAS (Pan-Malaysian Islamic Party) stormed out of the Chamber in protest over the selection of retired judge Mohd Ariff Yusof as Speaker.

Apparently, the opposition MPs were madly furious (or at least pretended to be) because the Pakatan Harapan coalition new government had appointed a Speaker without following the two-week (14 days) due notice. They said the notice for a Speaker should be carried out by July 2, which was 14 days before the Dewan Rakyat (Lower House) convenes today.

Was the Speaker’s name submitted late...

Retired from the Malaysian judiciary in early 2015, Mr. Speaker Ariff (above), however, said the Dewan Rakyat secretary confirmed that the notice of his nomination was given on July 2. Ahmad Zahid Hamidi, former deputy prime minister who is now opposition chief, claimed – “We are not objecting to the choice of Speaker but the process by which he was named as candidate.”

The cries of “Point of order!” was launched by PAS MP Takiyuddin Hassan, and followed by almost all the opposition MPs, as Prime Minister Mahathir Mohamad was proposing Mr. Mohd Ariff for the role of Speaker. Khairy Jamaluddin and Anifah Aman, however, did not agree with their colleagues’ childish plan, hence remained seated in the House during the walkout.

Khairy, who is the son-in-law of former Prime Minister Abdullah Badawi, said – “I feel that this is not the way. Today is the day for the swearing-in of MPs and we should respect the House. If we want to protest, we can do so after the official opening, during the debates or by using the standing orders on Wednesday.”

In what appears to be proof that the disgraced Najib Razak is still in charge of UMNO and BN, the scandal-plagued ex-prime minister demands that the two BN MPs explain to the party leadership why they did not join their colleagues in walking out. He said – “Probably they should explain to some extent why they did what they did.” 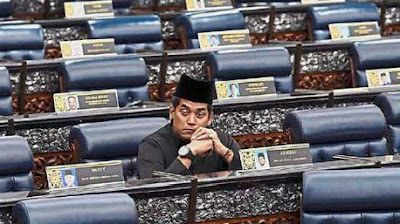 Despite the Opposition’s antics, Parliament continued with its swearing-in ceremony and elected Mr Ariff as the new and ninth Speaker of Dewan Rakyat. But it didn’t take long before the 51 BN and 18 PAS Member of Parliaments – all of whom were tainted with 1MDB corruption and money laundering, one way or another – return to be sworn in.

The shameful and cheap act of staging a walk-out, only to return about 1-hour later, goes to prove the allegation that the appointment of Speaker Ariff was done immorally and illegally does not hold water. The opposition MPs, if they have any dignity left at all, should proceed with their walkout drama and never to return to the Parliament, should they not?

Mahathir dismissed the action as political theatre. The 93-year-old prime minister, currently the world’s oldest, was seen having fun – smiling and laughing – at the dramatic walkout of the BN and PAS lawmakers. Heck, he had even mocked the opposition MPs, encouraging them to walk out of the Dewan Rakyat with his hand gesture. 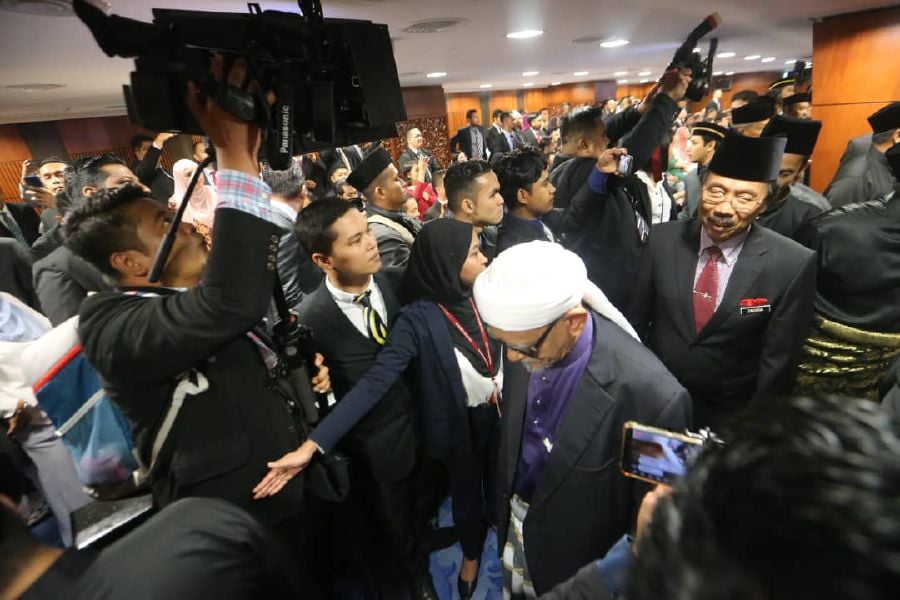 After 61 years of complacency and arrogance, the Barisan Nasional MPs finally get to taste their own medicine. Now they feel how the previous opposition felt when forced to walkout. Powerless, the BN MPs have no other choice but to use the stunt to deliver a message – that the Pakatan Harapan new government was the bad guy.

However, the new opposition MPs have to do better than that. When the old opposition did a walkout, it was due to genuine oppression, suppression and abuse of power frequently exercised by BN-appointed Speaker Pandikar Amin Mulia. Today, the foot is on the other shoe. The new opposition has just been rejected by the people on May 9 general election.

With the people still freaking mad at ex-PM Najib Razak, the sight of him in the Parliament was already seen suspiciously as a crook trying to create trouble for the new government. Even if it was true that Speaker Ariff’s nomination had been backdated, everybody would choose to ignore it. Mr. Najib and his party UMNO are too toxic that their credibility carries little weight. 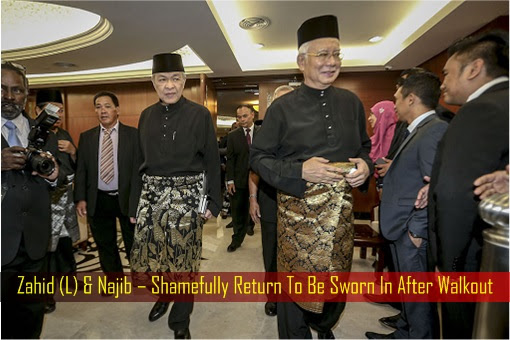 As far as the people are concerned, the 14-days notice requirement was just a minor technical hiccup, if there was a backdating to begin with. In comparison to the US$4.5 billion stolen by Najib and his gang members in the BN, as reported by the U.S. Department of Justice, nobody would lose sleep over a dispute on notice period.

It was quite entertaining and amusing to see how the Barisan Nasional leaders cried, whined and bitched until foaming at the mouth about respecting the rule of Parliament when they had not cared about the rules when they were in power before May 9, 2018. They’re now behaving in the very same way as the old opposition did previously, which they said was bad.

Of course, the drama was also a diversion tactic to prevent the focus on Najib Razak, as the ex-prime minister being sworn in as an opposition MP for the first time in his political career. It was an absolutely embarrassing moment for the Razak family and UMNO. Karma is a bitch! Who would have thought that the invincible BN MPs would one day stage a walkout? - ft 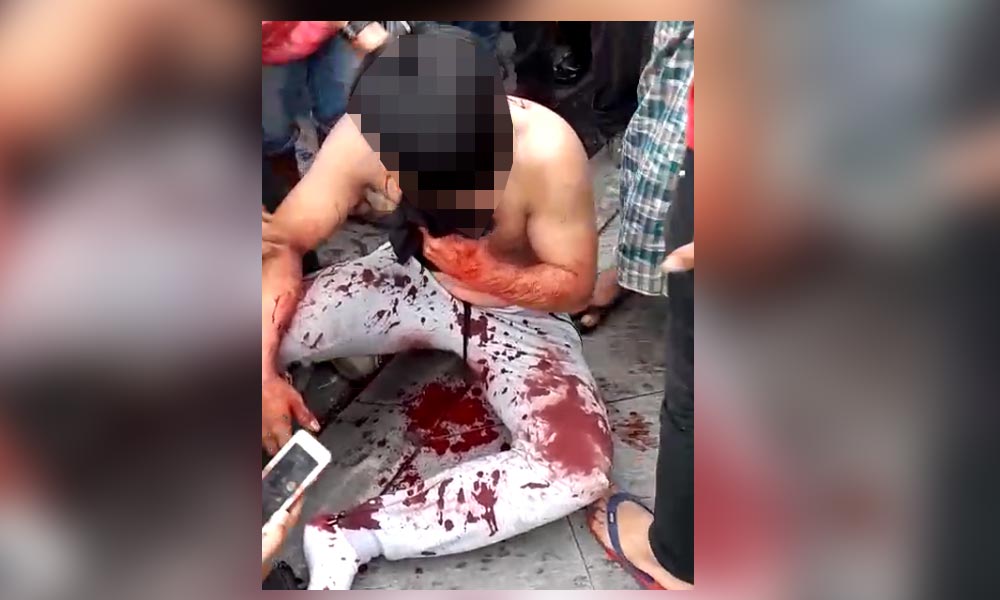 Our Malaysian 007.He is limited edition, God's answer to our prayer in our hour of
need and distress when Najib and co-conspirators created havoc till May 9, 2018. 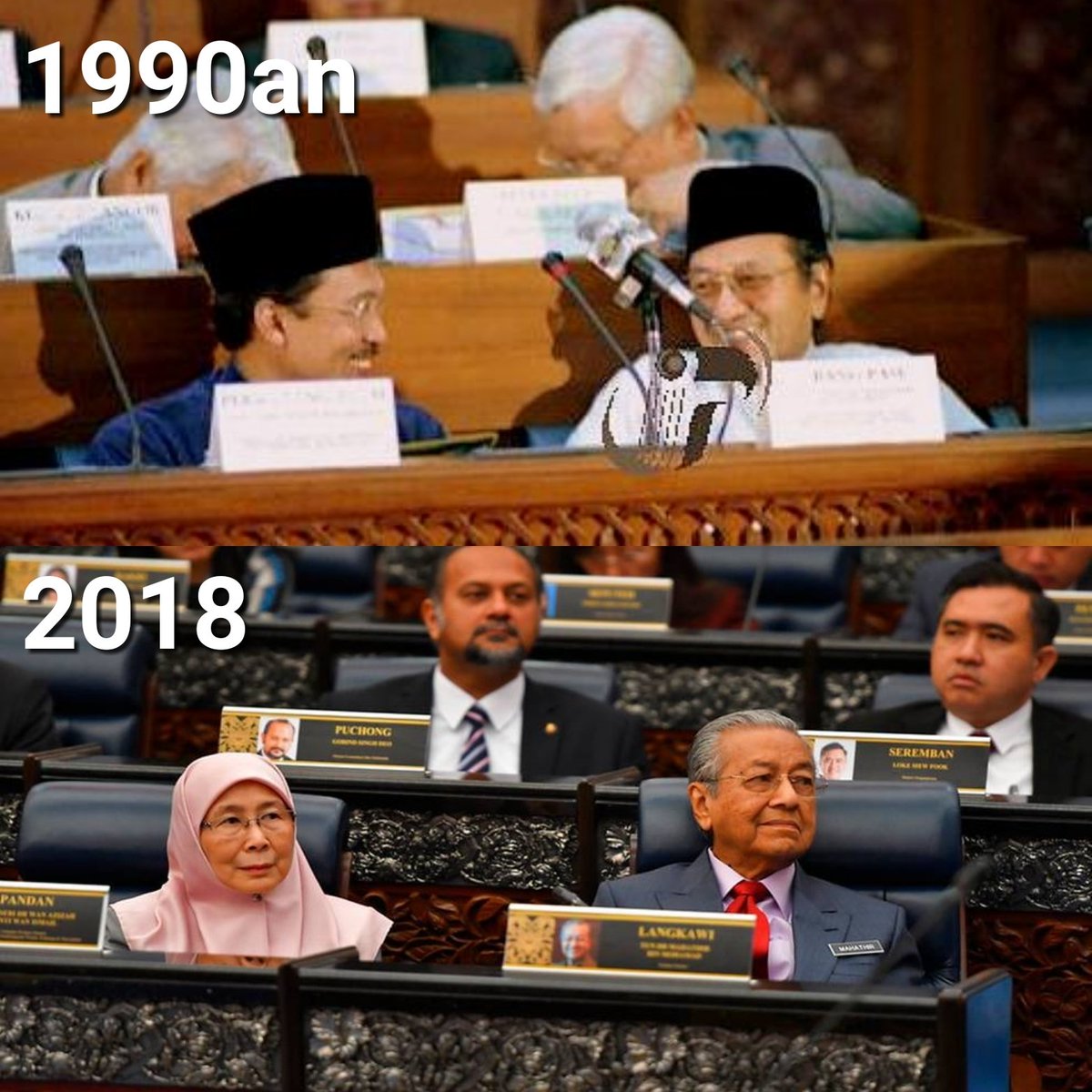 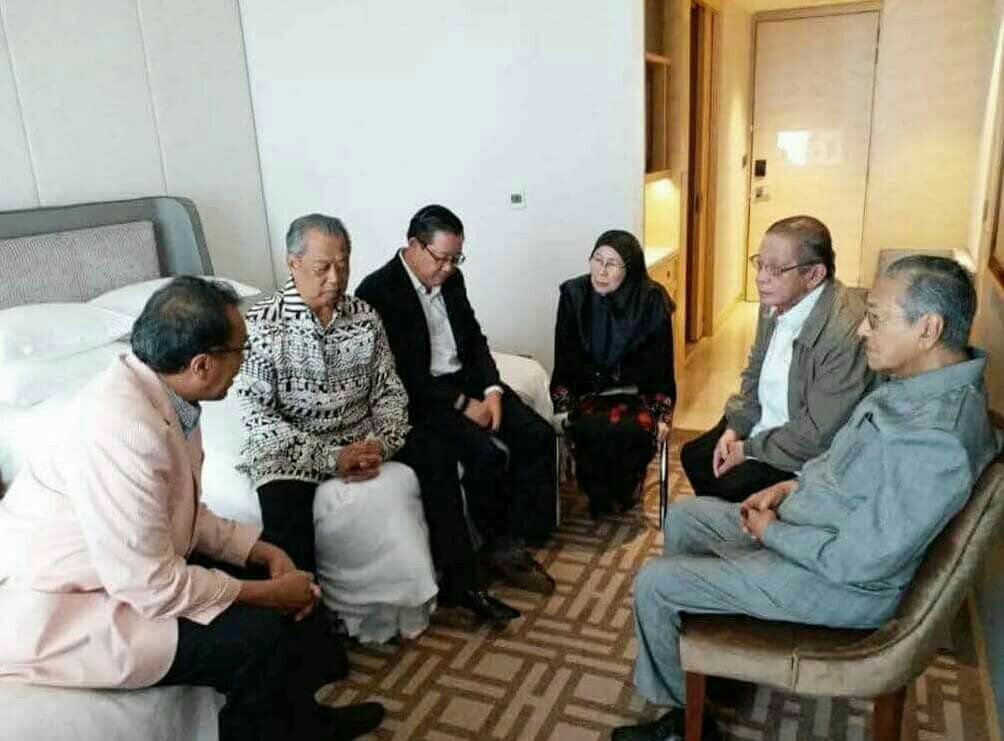