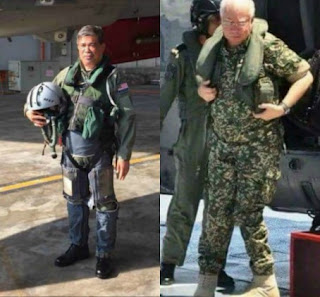 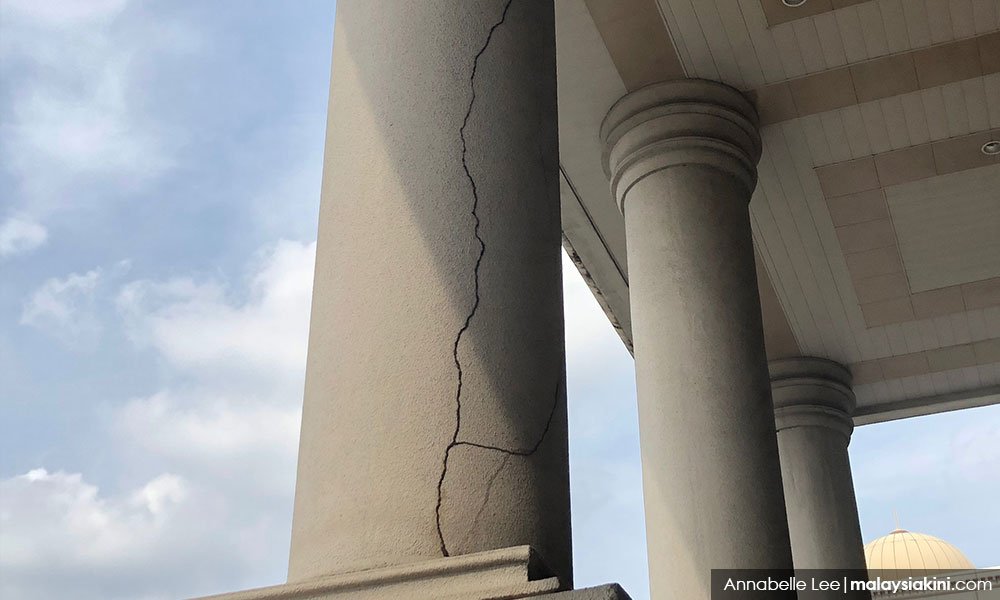 Khazanah Board Mass Resignation – The Secret Operations n Hanky-Panky Deals In The Boardroom...

Malaysia Government’s strategic investment fund – Khazanah Nasional Berhad – has announced that all 9 members of its board have resigned. Simply known as KNB by most of its contractors, the mass resignation raised eyebrows due to their undated resignation letters, suggesting that the board of directors were actually “protesting or challenging” Mahathir administration.

If the board of directors really thought they could hold the new government to ransom because they were indispensable, then they should get their head examined. Set up in 1994 by Mahathir Mohamad himself, KNB is nothing but a business entity of the government of the day (which previously thought will always be Barisan Nasional coalition with UMNO as its backbone).

As the “Lord” who had been ruling for 61 years since independence in 1957, Barisan Nasional had never thought it could lose power until the night on May 9. In the same breath, all the 9 members of the Board of KNB had never thought they would be jobless prior to the day their old boss – Najib Razak – stunningly loses Putrajaya. 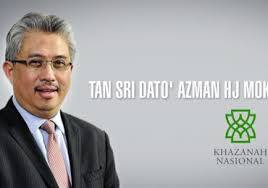 Even after the Pakatan Harapan coalition took over as the new government, the Board thought they were immune from firing or sacking. After all, under the leadership of Managing Director Azman Mokhtar, KNB’s realisable asset value grew from RM63.7 billion to RM157.2 billion between 2005 and 2017. Its net worth adjusted grew to RM115.6 billion (end-2017) from RM40.5 billion a decade ago.

If those 9 members of KNB Board were as genius as they made themselves to be, they should not have had offered to resign in the first place. Did they expect to be counter-offered by Prime Minister Mahathir? They should just resign as if they were Warren Buffett or Steve Jobs and never looked back. It would be their boss’ (government) loss for losing the talents, would it not?

Bankers, analysts and economists had generally credited Khazanah for instilling greater professionalism in GLCs (government-linked companies). But like the bombshell dropped by the new government that the previous Najib regime had – secretly – accumulated RM1 trillion in debts, the economic and financial experts were not happy the Board of KNB was forced to resign.

In truth, like other sovereign wealth fund across the globe, KNB knows how to selectively report its investments to paint a rosy picture. Bad investments which went bust would be covered up, as in the case of “Operation Twist” and “Operation Red”. Exposed by Straits Times, Operation Twist was a highly secretive investment project started in the mid-2008. A former banker with Swiss bank UBS – Luqman Arnold – revealed how Khazanah pumped about RM3 billion into a venture as part of diversification of its investment portfolio into Europe. The operation quickly morphed into Operation Red, which called for the acquisition of a 2.6% interest in UBS through an investment vehicle where Olivant (Arnold’s investment group) and Spain’s Santander bank were partners.

It was a bad deal from the beginning. In spite of investment of RM3 billion for the 2.6% equity in UBS, Khazanah would not be granted any position in its management or board. The deal eventually collapsed spectacularly when the 2008 subprime crisis exploded and Lehman Brothers went bankrupt in September 2008.

KNB’s entire RM3 billion stake in UBS, held in accounts managed by Lehman, was completely wiped out as a result of the bankruptcy of the United States’ fourth largest investment bank. It would take Khazanah 4 years later to recoup about 50% of its investment after lodging tons of claims with Lehman’s global administrator – PriceWaterhouseCoopers.

Of course, the so-called genius Azman Mokhtar and his board members covered up their screw-up and never disclosed their eye-popping losses in their annual report. But such reckless investment decision wasn’t the only one that they made. In August 2011, Malaysian Airline System (MAS) and rival AirAsia’s plan for a share swap raised eyebrows of irregularities. 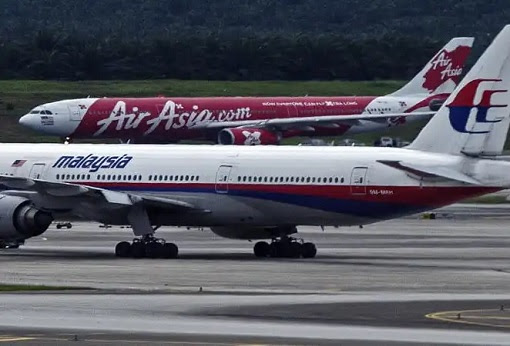 Under the grand plan, AirAsia’s parent Tune Air would receive 20.5% stake in MAS while Khazanah, which owned close to 70% of MAS, would take a 10% stake in AirAsia. The plan was hatched to improve synergies between the two carriers. However, all hell broke loose over allegations of insider trading between MAS and AirAsia.

AirAsia stock climbed from RM2.50 in March to a record high of RM4.14 in late July while MAS was near its 10-year trough of below RM1.50. Khazanah lost tons of money as it was forced to buy super expensive AirAsia shares but sold its stake in MAS cheaply to Tony Fernandes and his partner Kamaruddin Meranun. The deal was called off eventually.

More importantly, the unfair share swap also enabled Fernandes and Meranun to be executive directors of MAS while none of MAS’ Board of Directors was elected as Air Asia’s director. As the result, AirAsia was able to learn about MAS’ entire business plans while MAS had zero clues about its rival AirAsia. It was not a merger but merely a so-called “shareholder alignment”.

The amusing part was when MAS was forced to pay RM18 million to Queens Park Rangers (QPR), a soccer team owned by Tony Fernandes, as part of advertising stunt to promote Malaysia Airline System. KNB’s chief Azman Mokhtar didn’t lift a finger over the shady deals. But how could he? LSG Sky Chefs Brahim Sdn Bhd was given a mind-boggling deal in flight catering business.

The company, owned by ex-PM Abdullah Badawi’s brother, was awarded a contract all the way to 2028 for providing over-priced meals to MAS. Azman Mokhtar’s failure in turn around MAS – again and again – wasn’t the only comical story worth to be studied by first year students in business school. His “failed” restructuring project included the RM120 million in tuna fishing venture.

After failing to catch any tuna but losing RM120 million of taxpayers’ money instead, Azman Mokhtar had also burnt RM935 million in the fiasco of Parkway Holdings, a Singapore listed company that runs health care facilities. He was also humiliated in the deal involving the swap of the KTM land in Tanjong Pagar for land parcels in affluent Marina South and Ophir-Rochor.

The boastful Azman Mokhtar told all and sundry about the breakthrough in the complex deal, only to find out that the Malaysians had to pay up to RM1 billion in the form of development fee simply because the Singapore government was a smarter negotiator and business dealmaker than him. From the beginning, there have been truckloads of conflict of interest in the Board of KNB.

For instance, why was Nazir Razak, the brother of scandal-plagued Najib Razak, in the board of Khazanah? The sovereign fund holds stakes in Tenaga Nasional, Telekom Malaysia, Axiata Group, CIMB Group, Malaysia Airports Holdings and IHH Healthcare Malaysia Airlines, among others. But Nazir Razak is also the Chairman of CIMB Group.

Interestingly, AirAsia’s Tony Fernandes is also a great buddy of Nazir Razak. Mr. Nazir was found to have helped his big brother – then-PM Najib Razak – in accepting and distributing US$7 million (£4.88 million; RM27.32 million) to politicians before the 2013 national election – money which could have been stolen and laundered from 1MDB scandal.

Mahathir has slammed the fund, accusing it of having deviated from the original purpose of its creation – to support Bumiputera equity in Malaysia. He claimed that instead, Khazanah had become a convenient vehicle for the previous regime to reward politicians and non-professionals with positions and lucrative compensation packages.

Like it or not, all the 9 members of the Board were part of 17,000 political appointees in the government-linked companies (GLCs), one way or another. PM Mahathir said the resignation of Khazanah group managing director Azman Mokhtar and the rest of the board members would enable the government to restructure the sovereign wealth fund accordingly.

Mahathir, of course, knew about Khazanah’s RM3 billion ventures in UBS, which eventually went bust. He knew about Azman Mokhtar’s true capability, the same way he knew about Shazalli Ramly, the CEO of Telekom Malaysia who was paid a monthly salary of RM300,000 (US$75,000; £57,000) but became the architect of “Hebat Negaraku” music video to help BN election campaign.

But the most frustrating part was the revelation that Khazanah Nasional Berhad was made to bailout Najib’s 1MDB scandal, giving away RM1.2 billion to the previous government in exchange for redeemable shares. The taxpayers’ money was used to pay some of 1MDB’s dues to Abu Dhabi fund IPIC last year. Did Azman Mokhtar or any of the KNB Board members raise any objection? - ft 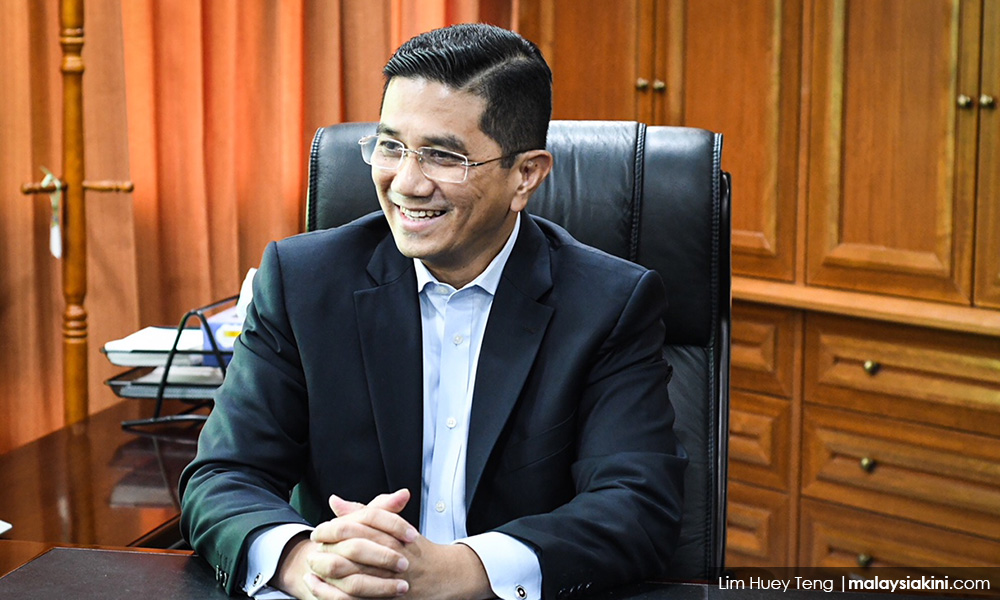 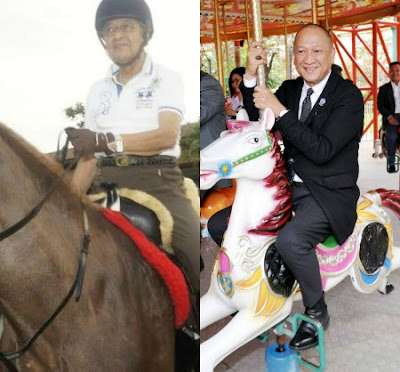 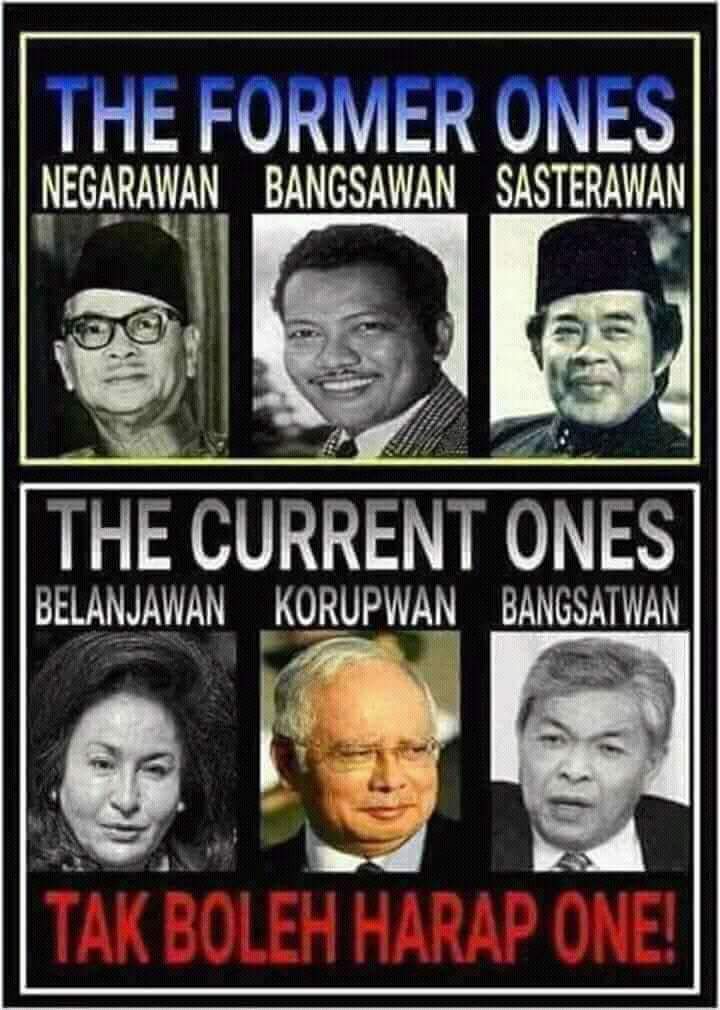 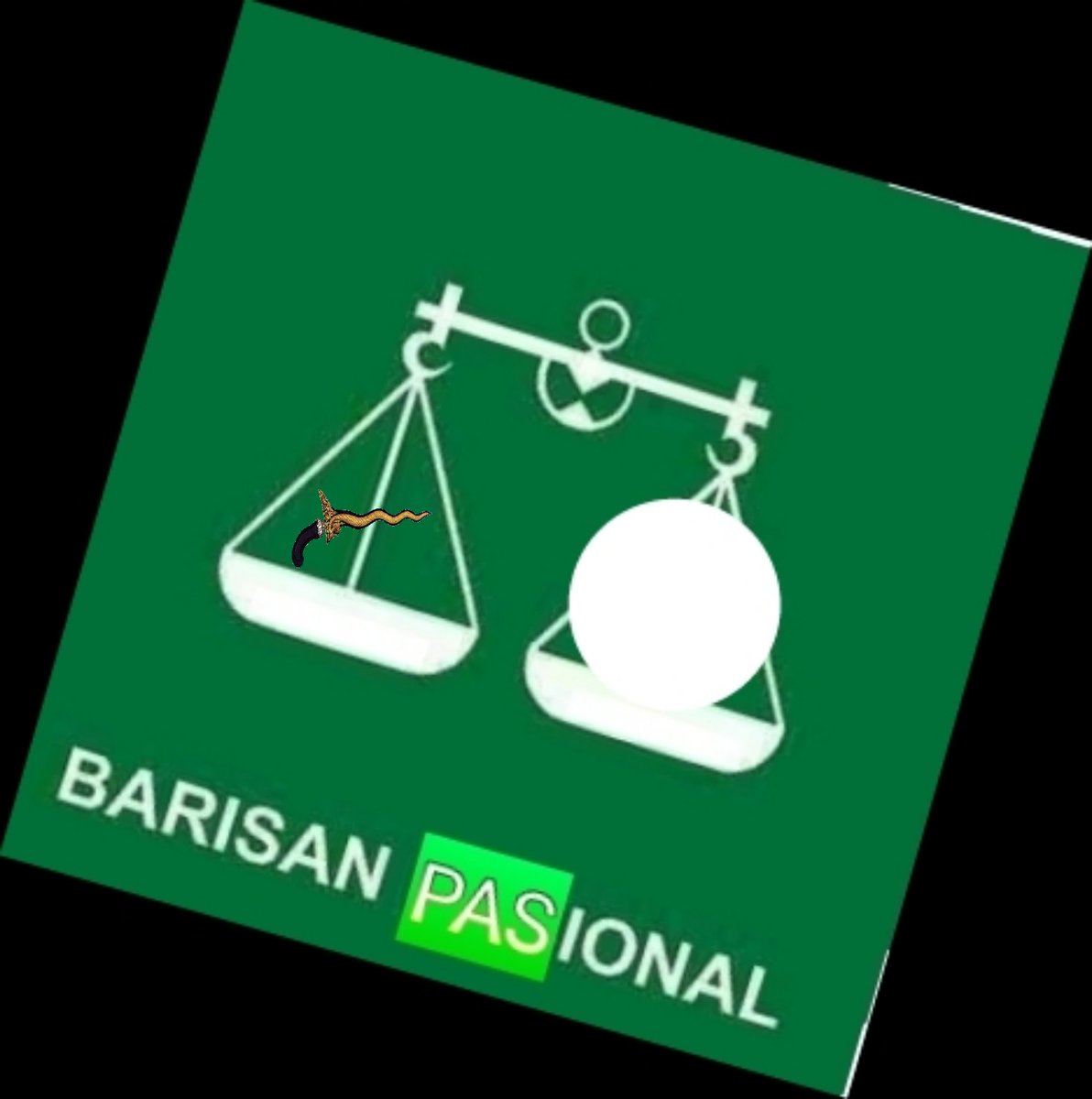 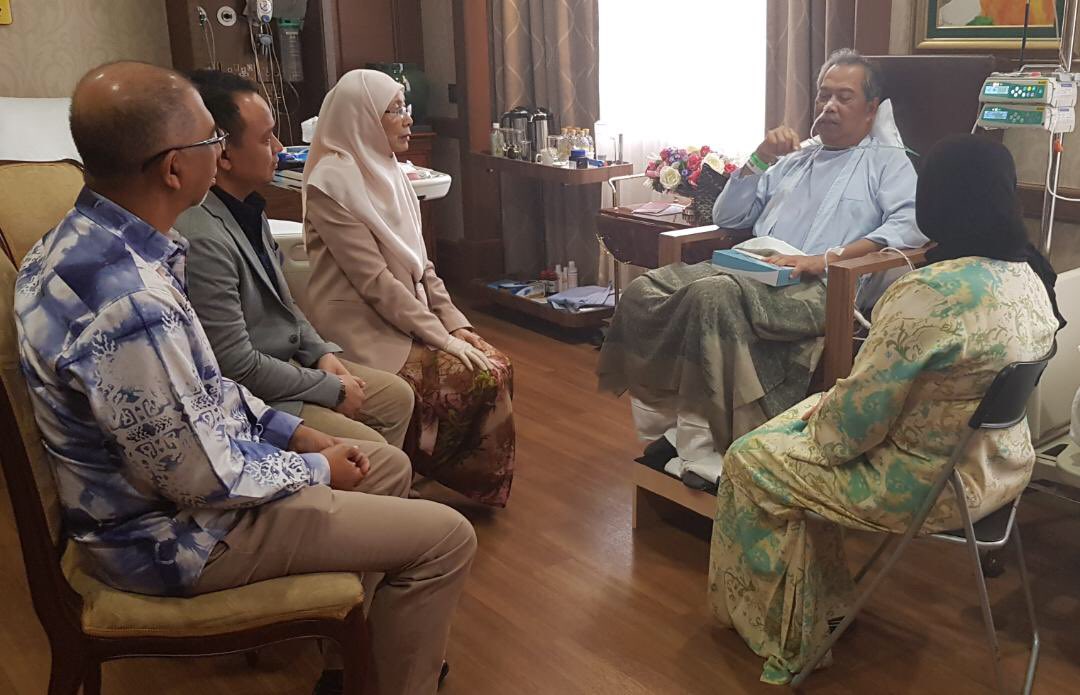