Based on feedback from highway travelers, the notorious FRU were moving fast and furious into the city. Although nobody expects the latest rally – Bersih 4.0 – can pressure Prime Minister Najib Razak to resign with dignity, the regime is getting desperate about “losing face” if the rally could balloon to become the biggest rally in the history of the country.

They’ve unleashed minion police to intimidate rally-goers. They’ve unleashed ministers to talk crap about the effect of a rally to the economy and local currency. They’re unleashed “Red Shirt” gangsters who had displayed their self-defence skills by breaking tiles and wood with their heads and body, just like Shaolin kungfu wannabes.

As expected, these “Red Shirt” mobs were allowed playing and practising with “parang” (machetes) without being arrested by the police. Heck, Najib administration is such a chicken that it instructs websites promoting Bersih 4.0 to be blocked. And now, the armed forces are being used to intimidate rally-goers.

Apparently, Malaysian Armed Forces chief Gen Zulkifeli Mohd Zin, the same guy who was muttering like a drunken reading from his script during the disappearance MH370, said the military is ready to intervene in the Bersih 4.0 rally if big boss Najib declares a state of emergency – a situation which allows the prime minister to rule indefinitely.

So, was there already a plan by the corrupt PM Najib and thuggish Deputy PM Zahid to create riots during the Bersih 4.0 rally this weekend, and declares a state of emergency thereafter? Nevertheless, there’s no turning back for the rally, which could be the mother of all rallies, so here’s your survival kits and checklist before the actual big day.

Sogo KL (2 pm)
Pasar Seni (2 pm)
Dataran Maybank (2 pm)
Brickfields (2 pm)
Masjid Negara (2 pm)
However, there will not be any marching in Kuching (Sarawak) and Kota Kinabalu (Sabah). The rally points for Kuching and Kota Kinabalu are Song Kheng Hai rugby pitch (the site of the July 22 “Sarawak for Sarawakians” rally) and Tanjung Lipat respectively.

2. Important Numbers To Call If Arrested

If you cannot take the heat, stay at home. Otherwise, prepare for the worst, and that includes spending some time touring Malaysian prison. Yes, we know nobody care about remembering phone numbers anymore now. So, do yourself a favour by punching these numbers into your smartphone.

018-321 1506
011-1214 0877
The legal team from the Bar Council Legal Aid Centre, known as the “Urgent Arrest Team”, is providing legal assistance in the event of arrests. Type the following details before sending the SMS to the numbers above:
Sender’s Name
Name of Person Arrested
IC Number of Person Arrested
Police Station that the person (or you) has been taken to
ProGuam

Depending whether you plan to be among the first person in your family or company to stay the whole 34-hour for the Bersih 4.0 rally, you may want to consider all or some of the following items.

1. Print out this PDF file from Malaysian Bar about what to do if arrested.
2. Identity Card
3. Cash – between RM50 to RM100, preferably small notes.
4. Touch & Go Card – use this for public transportation – fast & efficient – to escape long queue at ticket kiosks or counters.
5. Small packets of salt – to neutralize the effect of tear gas and to avoid yourself from choking should you inhale it.
6. Towel or cloth – a wet towel help ease the pain on your eyes in case of tear-gassed.
7. An extra T-shirt – will be useful after a messy day of being chemical-sprayed
8. Pen and Notepad – to write information such as police’s name and ID number on his uniform and questions asked by police if arrested.
9. Camera, Video Camera, Smart Phone – remember to water-proof them with a plastic bag.
10. Mineral water / Isotonic drink and Chocolate bars – to avoid dehydration and regenerate energy.

11. Sunglasses / Goggles and a Mask – while sunglasses and goggles can protect your eyes from tear gas, a mask provides some protection against chemicals in the tear gas.
12. Glasses instead of Contact Lenses – you’re going for a rally and not a concert so go figure.
13. Wear Appropriately – we recommend Bersih 4.0 T-shirt, short or long pants and a pair of sport shoes / sneakers. With lots of walking and running, don’t wear slippers or high heels.
14. Smartphone and Powerbank – fully charge both gadgets. You need as much juices as possible during the 34-hour rally.
15. Password protect your smart phones. For iPhone, goto Settings > General > About, take a snapshot photo of your serial number, IMEI, ICCID, or MEID and email the photo to yourself. In case of missing phone when your personal belongings are returned to you upon release from the police, this info is particularly useful.
16. Personal medical necessities – inhalers, diabetic medicine, insulin medicine etc.
17. Some basic first aid kits such as plasters – ready to share it with fellow participants.
18.Sleeping bags, foldable chairs

While the rally is supposed to be a carnival-liked festival, Najib administration is shivering in fear as can be seen with all the intimidation from the police and even the threat from the armed forces about taking over should the corrupted regime declares state of emergency.

5.  What Apps Your Smartphone Must Have

Your smartphone is your best companion, in case you and your partners and friends get separated. But thanks to technology, your chance of surviving is as good as the apps you’ve installed in your gadget. So here’s some apps you must have.

1. FireChat – this is the your last line of defence (or rather communication) in an event service providers Maxis, Celcom and DIGI execute government orders by disrupting voice and data communications.
2. Intercom for Android – this app acts like a simple walkie talkie (two way radio) which lets you place a group calls with other Android devices over Bluetooth and Wifi – no Internet needed.
3. VPN – use virtual private network for secure communication and there’re tons of free VPN available for use. VPN Master is particularly well received.
4. Whatsapp, WeChat, Viber, LINE, Skype – instant messaging apps for sharing photos, videos about anything, including police brutality or agent provocateur, if there’s any.
5. Facebook, Twitter, Instagram – social networking media to share your experience with the world.

Remember that the present government will do anything in its power to intimidate and bully you. So, before you could even join the rally, you may have been arrested on your way to the rally point. Here’re some guidelines to make your journey enjoyable and safe:

Take public transportation such as buses, trains, LRT, monorail – you can’t enter the city because the police have close all the roads leading to Dataran Merdeka.

Mix with prospect demonstrators inside buses, trains, LRT, monorail as you need the group’s teamwork, help and tips; especially if you’re a first timer.

Identify your “Field Commander” and follow his instructions. Move in groups.- financetwitter 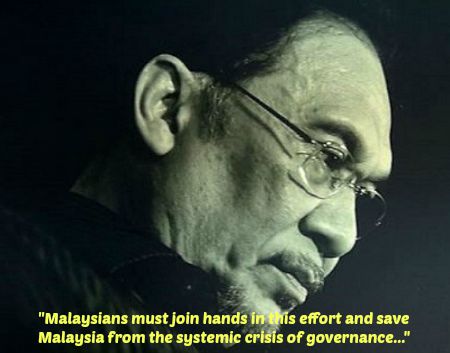