"Suddenly, there is a minister who says political donations are normal, then there are ministers who say depositing the sum in a private account is safer.

"After this, elected representatives would be rich, as political donations would be put into their own accounts.

"When MACC (Malaysian Anti-Corruption Commission) investigates, then only it is said the money is for the party," he told delegates at the Kemaman Umno division meet today.

The RM2.6 billion, which was deposited into the premier's accounts ahead of the last general election, is said to be donation from a Middle Eastern source.

This was also confirmed by MACC, which did not identify the donor.

Meanwhile,  the former Terengganu Menteri Besar Ahmad Said has stressed that he cannot be bought off.

"People can't buy off Mat Said. The PM cannot buy Mat Said with positions or millions. I will reveal more at a later time.

"If I had accepted, I would have been a millionaire. I didn't take a single sen," he said.

Datuk Seri Ahmad Said also said he was ready to swear the truth about his claims that the precursor to debt-ridden state investor 1Malaysia Development Berhad (1MDB) had once attempted to use the state's oil and gas as collateral.

Speaking at the Kemaman Umno division meeting today, he said he did not create such stories and that even the Terengganu sultan knew of such an attempt by 1MDB's predecessor, Terengganu Investment Authority (TIA).

"TIA wanted to use Terengganu’s oil as collateral. I swear, Wallahi Wabillahi (by the name of Allah), this is not a sensational story. I am ready to swear anywhere to defend it," said Ahmad, who is also the Kemaman Umno division chief.

Ahmad made this claim before at the Terengganu assembly in May, where he added that the decision to use the state's petroleum resources was later withdrawn.

TIA was formed in 2008 to manage and invest the royalties from the state's petroleum resources, and was turned into 1MDB in 2009 after Najib became prime minister that year. – mk/tmi

Of Political Leadership Folly and Ignorance...

Of late, things have been looking very gloomy socio-economically for many of us. As if it isn’t enough that the rakyat have been dealing with the alarmingly escalating cost of living with the implementation of the GST and a gradual phasing-out of subsidies on petrol, we now have to deal with senseless claims and accusations from people around us.

Perhaps if it were from those who possess a lack of education and awareness, we could easily forgive and educate them and move on in life. The problem is that these mindless statements come mainly from people we are supposed to look up to.

We are talking about people who are supposed to be leading us towards a better Malaysia.

It has not been even a month since you were elected the new Minister of Education, but you have made your mark in the political scene in such an appalling way. How can you accuse the Christians and Jews of “splitting the Malays”?

Just because the editor and founder of whistleblower site Sarawak Report Clare Rewcastle-Brown is English, you assume that they are trying to break up the Melayu, as their agenda is to apparently “see Malaysia no longer an Islamic country”. Really? Please tell me that you didn’t just say that?

I understand that you are afraid of your party losing its power and influence amongst the rakyat.

I understand that people tend to make obnoxious comments when they are close to wetting their pants.

I also understand that these same people can realize their mistakes and make apologies where necessary.

Most of the rakyat are fair minded, moderate adults who are very much capable of independent thought and decision making. Hurling accusations like that proves that there clearly is a need to re-evaluate your views.

Just like your friend Datuk Seri Mahdzir, you too have been newly appointed during the cabinet reshuffle some weeks back. However, the rakyat definitely did not see it coming when you said that you’ve submitted a proposal for a “Low Yat 2” only for the Malays to start up and develop their businesses.

Granted that the theft case in Low Yat last month had caused some yet-to-be-resolved racial tension between the Malays and the Chinese, no thanks to some racists and extremists who thrive on social unrest.

What I find inane is the fact that how a simple crime can be manipulated into an opportunity to play the racial card. All we have been working towards for years now is the concept of racial unity. How on earth do you expect us to do that when you utter things that further propagate segregation among Malaysians. Why the talk of unity when you’re so intent on segregation? I suppose next we’ll be looking at segregated shopping malls for Malays and non-Malays.

The irony of the situation is something I cannot help but notice; Nelson Mandela once dedicated a huge part of his life in fighting apartheid and getting rid of the concept of segregation amongst his people in South Africa all those years ago. Here we are going in the exact opposite direction.

A leader’s responsibility is to find a solution to this problem, not make things worse by promoting racial polarisation amongst the rakyat. 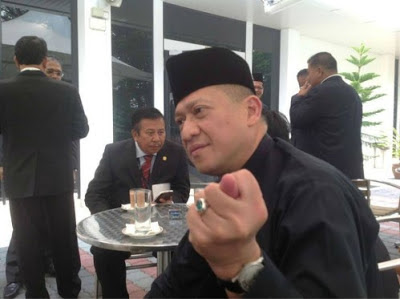 Labelling the rakyat as “crazy” for not “understanding the benefits” of the depreciating value of the ringgit is something I definitely did not expect coming from the Minister of Tourism and Culture.

When the currency drops, the prices of items (especially if they’re imported goods) would surge? The companies who handle the imported goods would have to fork out more money to pay for their supplies. This is turn would lead to them increasing the prices when they sell it to consumers, as they would need to cover the added costs.

These consumers are the rakyat, who are mostly from the middle to lower socio-economic classes and will be affected most. Perhaps it’s easier to say that there are benefits to this current situation when you’re less affected by it.

Did you stop to think that the Malaysian economy is not only dependent on the tourism industry?

Did you stop to think that the revenue from the tourism industry would NOT go into the pockets of most people who are struggling to make ends meet?

Our so-called leaders need to stop with all the pointless finger pointing and blaming. You ought to be ashamed of yourselves! There is much talk about creating political stability for the advancement of the economy. How is any of this helping towards achieving that goal?

Things have gone from bad to worse, no thanks to those who enjoy stirring racial and religious sentiments, despite knowing very well that it wasn’t just the effort of one race/religion in creating the Malaysia that we live in today. It was the sweat and toil of all the rakyat, regardless of race and religion. Has this fact been forgotten so conveniently? Your job is to lead the rakyat towards betterment and progress, not issue statements that could probably lead to more segregation among the rakyat.

The rakyat have tolerated more than enough senselessness.

It’s time these leaders of ours listen to us and either apologize for their insensitive comments and change their ways, or get out of the political scene before causing more damage than they already have. - Ashley Greig,Greater Malaysia