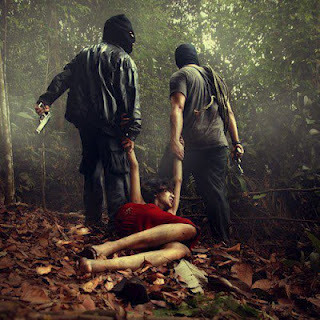 Why did Rosmah phoned Deepak on the day Bala made his first SD...

It was filed at the Petaling Jaya police station at noon by its chief, Shamsul Iskandar Md Akin, who based his report on a video interview with Deepak by HarakahDaily and the allegations of Deepak as published by Keadilan Daily.

Shamsul Iskandar wants the police to investigate Deepak's expose that Rosmah had sought his help in the second SD filed by Balasubramaniam, a private investigator then, as well as the claim that Najib was involved in the preparation of the second SD through a senior lawyer.

"Deepak has also claimed that the Malaysian Anti-Corruption Commission's (MACC) is more interested in closing the case after the exposure on the SD and this should also be investigated," he said.

Shamsul Iskandar listed five questions to be answered in the investigation:


On these and other grounds, Shamsul called on the police to re-open the Altantuya murder investigations because Deepak's revelations have raised many questions that need to be answered.-malaysiakini

In a related developent, lawyer and human right activist Haris Ibrahim said he has told the Bar Council the name of the lawyer allegedly involved in preparing the second SD.

Lawyer-turned-activist Haris Ibrahim(left) wrote to the Bar Council again today, this time releasing the name of the lawyer who was suspected to have drawn up P. Balasubramaniam's second sworn statement on the 2006 murder of Altantuya Shaariibuu.

In his letter, Haris maintained that the “Tan Sri” lawyer should not have drafted the second statutory declaration (SD) without consulting Balasubramaniam, pointing out that the private investigator had effectively admitted to committing perjury when he signed the document.

The letter, received by the Bar Council secretariat at 1.45pm this afternoon, also suggested for the second time that this was tantamount to professional misconduct by the renowned “Tan Sri” lawyer.

Writing in his blog this afternoon, Haris revealed that he had also ticked off Bar Council president Lim Chee Wee in his letter, accusing him of publicly maligning Deepak Jaikishan's character instead of choosing to investigate the businessman's claims.

Deepak, who is also in the centre of the controversy surrounding Balasubramaniam's two statutory declarations (SDs), had recently slipped out the name of the lawyer behind the second SD during an interview with PAS organ Harakah.

But when the interview was carried on PAS' “TVPAS” channel on Youtube, the lawyer's name was muted out.

Haris had used this in his first letter to the Bar Council on Monday, urging its members to uncover the lawyer's identity and investigate if he or she had gone against the legal profession by drafting the SD without consulting Balasubramaniam.

But, citing Lim's remarks in news portal Free Malaysia Today to back his accusation, Haris said that the Bar Council chief had only chosen to criticise Deepak by saying that the businessman's “background is cause for concern”.

“Has the Bar Council investigated the background of this Deepak such that the president can now publicly call into  question his credibility, or is this  based on market talk or what is written in cyberspace?” he asked in his blog posting.

Haris pointed out that as Deepak is presently involved in a civil suit where he is represented by PKR lawyers R. Sivarasa and N. Surendran, Lim could have called on the solicitors to seek their client's cooperation to openly disclose the identity of the lawyer in Balasubramaniam's case.

“Instead, the president sees fit to publicly malign the character of the one person who might be able to immediately assist the Bar Council if it chose to investigate this matter?” he argued.

He later wrote in his blog that he had decided to disclose the lawyer's name privately to the Bar Council, saying he hoped this would put its members of their present “dilemma”. He did not, however, repeat the name in his blog.

Speaking to The Malaysian Insider earlier today, Haris maintained that the said lawyer should have consulted the private investigator first, pointing out that the document effectively contains his confession to perjury.

Haris also fumed over the Bar Council's seemingly non-committal response to his complaint on the matter yesterday.

Lim, in a statement yesterday, had urged more compelling evidence against the unnamed lawyer in Balasubramaniam's case after receiving Haris' complaint, saying the activist's knowledge of the individual's identity but decision to withhold it had caused “unnecessary speculation and confusion”.

Haris refuted this in a blog posting yesterday, pointing out to Lim that he had merely written to the council requesting an investigation to identify the lawyer concerned and to ascertain if there had been any impropriety in the preparation of the sworn statement.

He noted that he had mentioned in his letter to be in possession of information from reliable sources on the solicitor's identity, but said that this should not be taken to mean that he has “direct knowledge” of the person.

Haris insisted that the pertinent point of his letter had been overlooked - whether the lawyer had committed professional misconduct when preparing Balasubramaniam's (picture) second statutory declaration (SD).

“Given that by the terms of SD2, Bala would be admitting to an offence of swearing out a prior false statutory declaration, was it not incumbent upon the solicitor(s) concerned in its preparation to have taken instructions from Bala and to have warned him of the consequences of affirming the statutory declaration that was being drawn up for his affirmation?” he asked in his blog.

Citing Section 42 and 99 of the Legal Profession Act, 1976 (LPA), Haris pointed out that the Bar Council could lodge a complaint against members of the Bar to the disciplinary board and did not need to wait for others to come forward.

Section 42 states that the purpose of the Bar is to “uphold the cause of justice without regard to its own interests or that of its members, uninfluenced by fear or favour”.

According to Haris, Section 99 (3) stipulates: “Nothing in this section shall be taken to preclude the Bar Council or a State Bar Committee from making any complaint of its own motion to the Disciplinary Board against an advocate and solicitor or a pupil.”

There has been a cloud of mystery over the identity of the lawyer who had drawn up Balasubramaniam's second SD on the 2006 murder of Altantuya Shaariibuu.

Balasubramaniam’s second SD had come a day after his first on July 3, 2008, regarding Altantuya’s 2006 murder, for which two elite police commandos have been convicted and are facing death sentences.

In a harried press conference on July 4, 2008, Balasubramaniam, accompanied by lawyer M. Arulampalam, came out to withdraw his first SD, where he negated the contents of the first statement, claiming it had been signed under duress.

He then produced a second one, which he claimed later in 2009 had been prepared by another lawyer, whom he did not meet with and who did not consult him when drafting the document -malaysian insider. 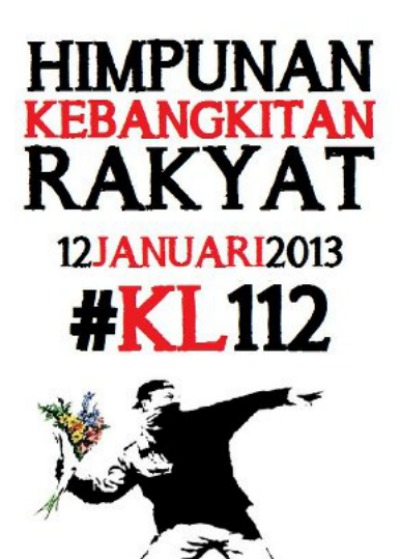