Probe the 5 involved in Deepak’s claims...

The police and the Malaysian Anti-Corruption Commission (MACC) have been urged to investigate the five individuals allegedly involved in the preparation of private investigator P Balasubramaniam’s second statutory declaration (SD).

PKR vice-president Tian Chua said the authorities should probe lawyer Cecil Abraham who was allegedly said to have prepared the second SD and Arulampalam, who has appeared with Balasubramaniam at the press conference to issue the second SD on July 4, 2008.

“Malaysian laws stipulate that conspiracy to falsify or subvert sworn statement is a criminal offence.

“Those involved in abetment and conspiracy can be charged under Section 107 of the Penal Code, or Section 120a for criminal conspiracy, and Section 191 for false evidence under Statutory Declaration Act 1960,” he said at a press conference here today.

Nazim allegedly met Balasubramaniam on behalf of the prime minister and provided the latter with the money to retract the explosive first SD linking Najib to the murder of Mongolian national Altantuyaa Shariibuu.

Chua said since both Balasubramaniam and Deepak had concurred that the second SD was prepared under intimidation and enticement, it is the duty of the enforcement authorities to verify the allegations with the other three individuals.

He pointed out that the authorities have shown they are capable of carrying out swift investigations when six federal agencies targeted NGO Suaram over allegations of receiving foreign funding lately.

“Unless the MACC and police act immediately, their [already] tainted reputation and image will be tarnished further,” he said.

The Batu MP also ticked off MACC over its clarification yesterday that Cecil, who is a member of the MACC’s operation review panel, was not involved in the decision to halt investigation of Balasubramaniam’s second SD.

Describing the statement as an “utter disappointment”, he said MACC is more concerned with defending its decision to stop the investigation than to discharge its duties properly.

Meanwhile, Sungai Petani MP Johari Abdul said the allegation that Najib had asked his brother to offer money to Balasubramaniam could be considered as a second defamation on the premier after Deepak’s claims that Najib was involved in the murder of Altantuyaa.

“If what Deepak said is true, then there are elements of corruption and MACC should investigate. Don’t drag the matter anymore,” he said.

Chua also challenged the MACC to find out whether PKR was involved in paying Deepak to defame Najib.

When asked whether the enforcement authorities should also probe Najib, since the premier was directly implicated in the allegations, Chua said the focus now should be on the five individuals first.

“To be fair to [Najib and Rosmah], they are not materially present at the meeting. Let’s leave them alone first. But if Deepak’s allegations are proven to be true, then they must follow the lead and investigate further,” he said.- FMT


The Malaysian Anti-Corruption Commission's statement that senior lawyer Cecil Abraham was not involved in closing investigations into ex-private investigator P Balasubramaniam is not sufficient to clear him of allegations of involvement in the drafting of Bala's second statutory declaration.

"Why is MACC so quickly coming up to deny things, especially since Cecil is sitting on the (operations review) panel? It's not good enough to issue a statement to say he was not involved (in closing the case).

"(It) doesn't mean that the whole issue of the falsification of an SD does not exist. This has been corroborated by at least two individuals," Tian Chua said, referring to Bala and carpet trader Deepak Jaikishan,

Instead of washing the panel's hands off the matter, he added, the MACC and the police should reopen investigations into possible offences, including "the making of a false statutory declaration, perjury, kidnap, extortion, bribery, corrupt practices, murder and the attempted covering-up of such offences".

Malaysiakini has contacted Cecil by way of fax, email and a letter by hand, and is awaiting his reply.

Besides Bala and Deepak, Tian Chua said, the authorites should immediately record the statements of Cecil, the prime minister’s brother Nazim Abdul Razak and lawyer Arulampalam.

Arulampalam was photographed by Bernama accompanying Bala at the press conference to reveal the second statutory declaration.

Tian Chua said this was because the five people had material contact with Bala and Deepak in relation to the signing of the second statutory declaration.

Prime Minister Najib Abdul Razak and his wife Rosmah Mansor are not included in the list, he said, as they were “not materially present in these meetings”.

“Whether Nazim came on behalf of Najib, or whether Rosmah met Deepak, we don’t know... Let's leave (the PM and his wife) alone first, we don’t want to defame the PM unnecessarily.

“What we want to know is whether Deepak really defamed the PM by making up these stories, and how these stories coincide with Bala's statement. We need the police to investigate,” Tian Chua said.

On claims that Deepak was paid by the opposition to make such claims, he said this was precisely the reason that the police should investigate.

Deepak sex video ‘not of concern’

He added that claims that a sex video involving Deepak would materialise soon “are not of our concern” as it is not up to “media, politicians or bloggers” to determine the credibilty of Deepak’s claims or his character.

Pro-establishment websites, including Mynewshub, have claimed that a sex video involving Deepak and a “Malay-looking lady” will circulate on the Internet soon.

Asked if the police were perhaps waiting for a report to be lodged by the prime minister himself, he said: “The DAP has lodged a police report against Deepak and PKR Youth, too, has lodged one on the issue. These are known facts.

“If what Bala and Deepak said are untrue, these two should be probed for attempting to criminally defame the PM and his wife,” he said.

Tian Chua added that the fact that Najib had sworn on the Quran to say that he has never met murdered Mongolian Altantuya Shaariibuu does not negate the need for an investigation into the conflicting statutory declarations.

Also at the press conference was PKR treasurer and Selayang MP William Leong and PKR's Sungai Petani MP Johari Abdul, who said that the integrity of both the MACC and the police are now on the line.-malaysiakini 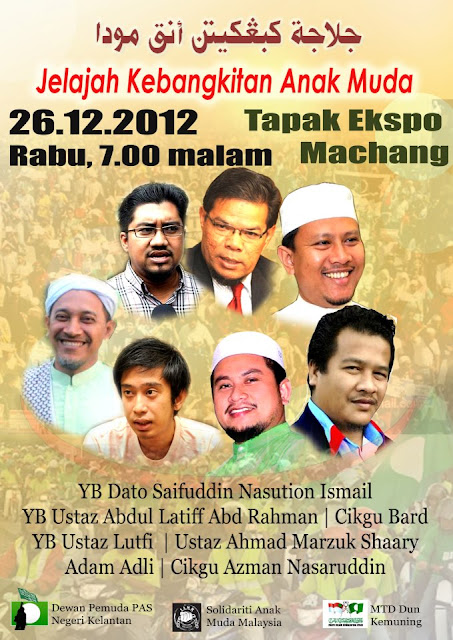