"When Chua attacked us over the Talam land matter, we did not run away, we responded to him.

"But now he is keeping silent and running away from BN's land grab issue," he told journalists during a side visit to a piece of land in Sungai Way which was acquired by Umno Petaling Jaya for a nominal price.

The 5010.6 square feet commercial land, which now hosts a hawker centre, is one of the 24 plots which BN had allegedly acquired for RM1 per square feet.

Lau (right) added that Tee's continued silence on the matter was tantamount to endorsing the land grab.

"This double standard has also affected his credibility on Talam.

"If he can come to this constituency to attend a 500-table MCA dinner last week, then he should also come here (Sungai Way) and take a look at the land," he said.

This was the second time Pakatan MPs had called on Chua to take up this land scandal issue following his continuous assault on the Selangor state government in the Talam debt recovery exercise.

Last week, Petaling Jaya Utara Tony Pua had invited Chua for a site visit to all the 24 plots that BN bought.

Pua had last Tuesday conducted a site visit to one in Kelana Jaya which now sits a 200-unit condominium.

Selangor BN Kuang state assemblyperson Abdul Shukor Idrus and Kuala Kubu Bharu assemblyperson Wong Kun Mun had defended the coalition for getting the cheap land, stating it was for the benefit of the rakyat.-malaysiakini

Another DAP site visit to a plot of land acquired on the cheap by Umno has revealed it to be a thriving hawker centre, with hostels for foreign workers built at the back of the premises.

Kampung Tunku state assemblyperson Lau Weng San said the 5,010.6 square foot premises in Sungai Way, Selangor, had been alienated to Umno Petaling Jaya in 1981 at a price of RM1 per square foot.

Lau said that, since then, there has been a redelineation exercise and the land is now likely under the purview of Umno Petaling Jaya Utara.

"This is commercial land but the selling price was even lower than that of agriculture land," he told journalists at the site.

While he was uncertain about the exact price that should have been levied, he noted that the adjacent commercial land is worth at least RM100 per square foot.

On top of the current potential of the plot - situated in a strategic area along the Federal Highway - Lau said Umno is likely making profit from rentals at the hawker centre and the hostels.

"Umno is allowing people to do business there and charging rental. This profit is not for the government but for the party,” he said.

"Umno can get land, but this should be done appropriately and at the market price. They should not enrich themselves through government assets.”

Lau stressed that he has no issues with the hawkers operating at the centre, but insisted it is unfair for Umno to have obtained the land at such a low price and then benefit from leasing out the premises constructed.

He added that the site could have been of benefit to more people had it not been bought by Umno. This is because land is scarce in Sungai Way, where there is also a shortage of recreational space.

A hawker at the site told Malaysiakini that she rents three small lots at RM1,000 a month.-malaysiakini 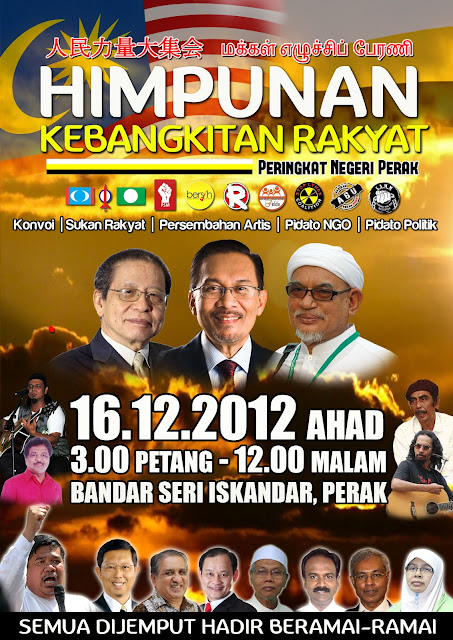