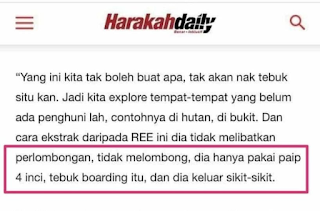 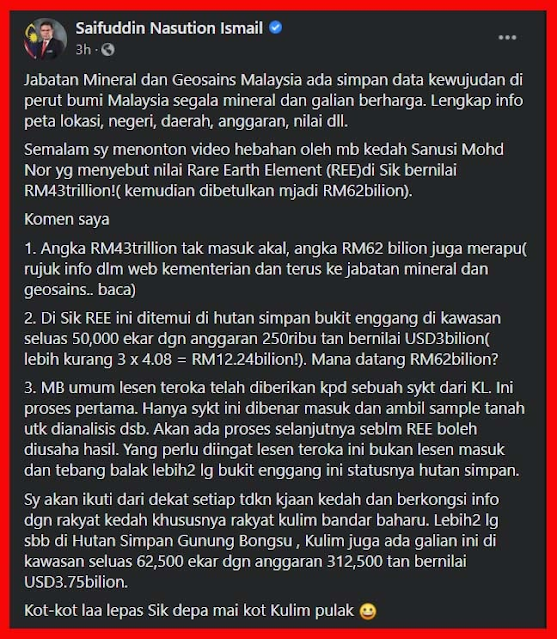 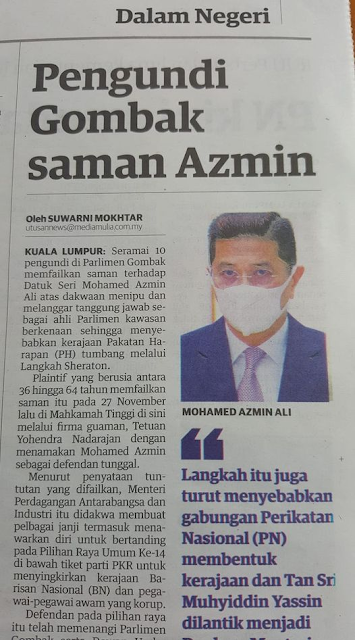 When voters take their YB to court...
If I'm not wrong, this is unprecedented. And I think I am right. I'm talking about the move by ten Gombak voters who have filed a suit against their Member of Parliament.
Gombak is a federal constituency in the Gombak district of Selangor. And the MP sued by the voters is Datuk Seri Azmin Ali, a member of Bersatu led by Tan Sri Muhyiddin Yassin and also a senior minister in prime minister Muhyiddin's administration.
Azmin has held the seat since 2008, winning it on a PKR ticket in GE12, GE13 and GE14. In GE14 in 2018, Azmin won with a thumping majority of more than 40,000 votes to garner a total of 75,113 votes. He later jumped ship to join Bersatu following the February coup.
MPs being sued and taken to court is not something which we have not heard of previously. Not often, but it has happened. But this time, it's different, making it the first time voters filing a suit against their MP for "deceit and breach of fiduciary duty". Google, and we are told that deceit is the "action or practice of deceiving someone by concealing, distorting or misrepresenting the truth for the purpose of misleading, dublicity, fraud, cheating."
Meanwhile, a fiduciary duty is defined by Investopedia as "a commitment to act in the best interests of another person or entity. Broadly speaking, a fiduciary is a duty of loyalty and a duty of care. That is the fiduciary must act only in the best interests of a client of beneficiary."
Hence, the ten voters, or in legal terms the plaintiffs, want a declaration that Azmin as trustee owes them a fiduciary duty as an elected representative. And they also want a declaration that Azmin being the representative they elected committed a tort of deceit against them.
And this is interesting to say the least. It was reported that the plaintiffs' bone of contention is that Azmin made a representation that he was standing for election in 2018 to oust the then BN government and "to free Malaysia of corrupt officials".
They alleged that Azmin caused the collapse of the Pakatan Harapan government in February and joined Perikatan Nasional administration which included BN and persons Azmin himself had knowledge were "credibly accused of corrupt practices".
Bear in mind the suit is filed nine months after the Sheraton Move leading to the collapse of the Pakatan Harapan government. Incidentally, a few days earlier Azmin had accused former Pakatan Harapan prime minister Tun Dr Mahathir Mohamad as being the brains behind the formation of Perikatan Nasional, which Mahathir denied. 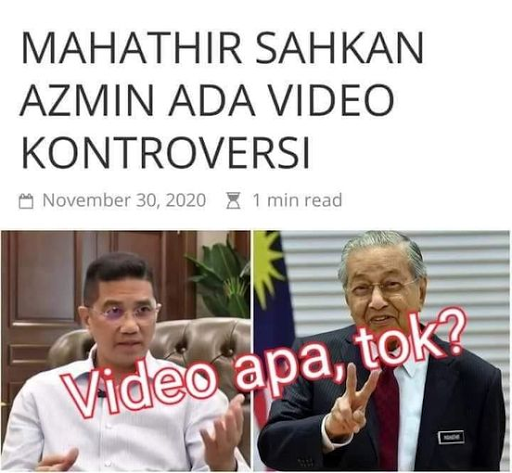 According to Mahathir, if there were persons who "rigorously" planned for Perikatan Nasional to be formed and to exit Pakatan Harapan, "they would surely be Azmin and Muhyiddin as both would benefit the most."
A few days after Azmin made his "revelation", DAP's Liew Chin Tong came up with a write-up to say the political coup was planned as early as October 2019, well before the Sheraton Move. "Azmin was the main architect of the failed coup in October 2019 which was the precursor to the Sheraton coup," wrote Liew. He went on to list what he said were "the facts for the record".
As a layman, I see the move taken by the ten Gombak voters like this. They alleged that Azmin had deceived them and had gone against his promises made during campaigning for GE14 -- promises which obviously they believed and which probably had prompted them to vote for Azmin.
However, law expert professor Dr Aziz Bari says, "Promises alone are not actionable in law unless there is a consideration as a result. This consideration is a legal concept, not the ordinary meaning of consideration." As Aziz sees it, "Legally I don't think it will succeed because it is not a contract, strictly speaking. I am talking about contract as a strict legal document which may be interpreted as such."
He went on to say that he have not heard of any legal precedents as such, and "I don't think the court is ready to create one now." Nonetheless, the law expert views the move by the ten Gombak voters as "a good try".
When the suit against Azmin news, many welcome it enthusiastically. Take a look at the comment section of news portals and you'll see people embracing the move. In WhatsApp chat rooms we get people calling this as "little small step but a move forward".
There are calls for other voters in other constituencies "to follow Gombak example" because "all politicians must be accountable to their constituents or voters". If the Gombak voters succeed, they say this will be a precedent and there is no need to wait for the next election to punish errant MPs. In the words of a friend, "This is also telling political frogs you switch camp or jump ship mid way, we drag you to court."
As for the suit against Azmin, former PM Mahathir sees the court as the most appropriate forum to verify the plaintiffs' accusations. That's not all, he said. He has offered himself as witness. Not to defend Azmin, obviously. - Mohsin Abdullah 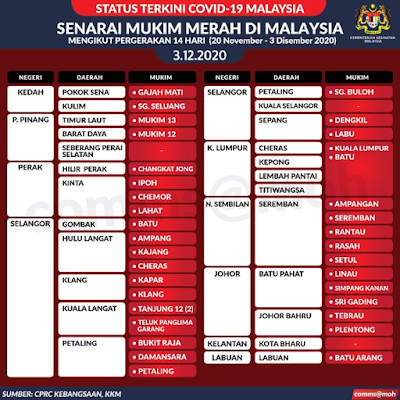 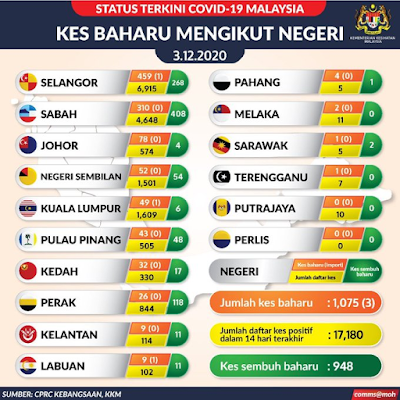 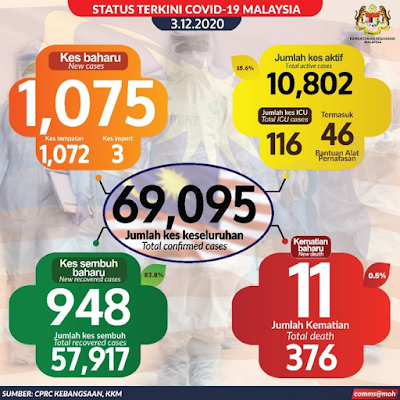