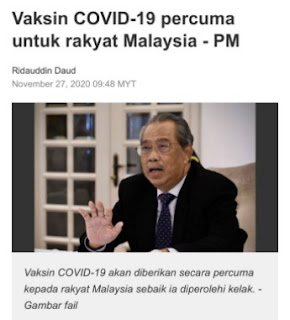 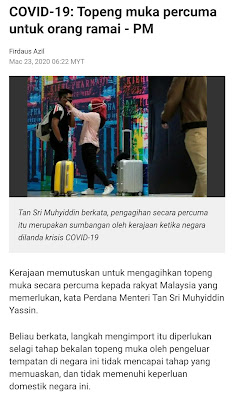 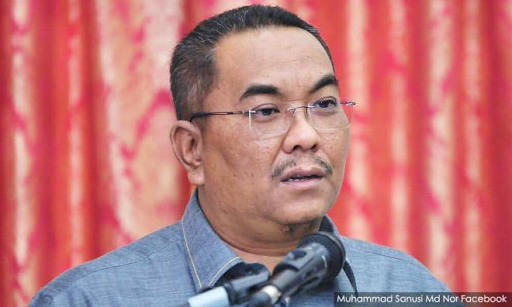 Sanusi, don't play with water...
Penang and Kedah are states in Malaysia and not foreign countries and therefore it is illogical for Kedah Menteri Muhammad Sanusi Md Nor to treat its neighbour like an outsider over the issue of water supply. Sanusi cited a law to buttress his argument that the days of free water are over for Penang. But he interpreted the law his own way.
In his befogged mind, he sees the law as an agreement to supply water to Penang but not as a guarantee of "free raw water supply forever". It follows that an agreement is not biding because it does not have the quality of a rock-solid guarantee. Absurd. So, this PAS politician is now banging the table, demanding Penang pay RM50 million in annual compensation for drawing water from its (Penang's) side of Sungai Muda, which flows from Kedah.
Sanusi is playing politics with water, which is as dangerous as playing with fire. Water, which is a gift from God and not from Sanusi, is what sustains life. It is what moves the economy. Without water, no living thing can survive.
Water is precious and should never be under the sole jurisdiction of states. When a state controls its supply, especially when it shares water with another state from a common river, it can be opened to abuse and even lead to hostility.
When the source of water originates from a state, and flows into a neighbouring state, the former can play politics with its supply. In Malaysia, it is all too clear that politics is at the centre of the "water war" between Kedah and Penang.
PAS and DAP are bitter enemies. PAS controls Kedah and DAP is the political master of Penang. The two parties are bitter enemies. Since the source of water flowing into Sungai Muda originates from the forest area of Ulu Muda in Kedah, the opportunity to "dirty" the water - to play politics - is not to be missed. Hence, Sanusi saw an opening when Penang expressed concern over Kedah's move to approve large-scale mining of rare earth elements near the water catchment area of Ulu Muda. This lit the fuse.

Immediately, Sanusi retaliated by raising hell over the water issue with Penang. In essence, it is PAS hitting out at the DAP in a continuing political struggle for the soul of Malaysia. Sanusi doesn't want to or refuses to see the danger posed by such mining activities to the water catchment area in the Ulu Muda forest reserve. The forest reserve is an important water catchment area for Kedah, Penang and Perlis.
The Muda river supplies raw water to these three states and, thus, any mining or logging activity in the forest reserve can severely disrupt water supply to all the three states. But does Sanusi sees the red flag? Penang has a robust economy, but its goal of becoming a high-income economy will be put in jeopardy if it has no water security. Sanusi knows this and so is the federal government.
But the federal government appears not too keen to help resolve the water war. Why? One can only surmise that it will play into its hand to see Kedah squeeze Penang dry to the extent that the people might be frightened into jettisoning the DAP in the coming general election.
In fact, by its behaviour, the federal government doesn't even want to see Penang succeed under an opposition party because such a bright narrative can be seen as a damning indictment of Putrajaya's national policies. If Sanusi can do the job of disrupting the economic progress of Penang, that would be music to the central government. But it would not be easy to turn off the taps.
In the event Sanusi makes good on his joke to dam up the Muda river and deny the 1.7 million people in Penang access to water, it would only drive resilient Penangites to come up with alternative solutions that would make Penang more vibrant, more prosperous, more dynamic than sleepy Kedah. - Philip Rodrigues,mk 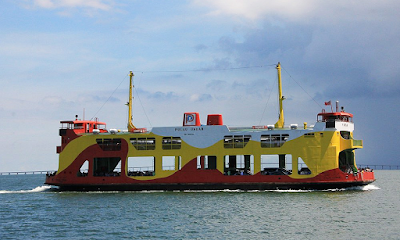 Terminating iconic ferry service
ignores Penang's unique heritage...
The planned termination of the 126-year-old car-carrying ferry service in Penang will take away part of the state's unique heritage and history and ignores the fact that George Town is a Unesco World Heritage Site, said DAP secretary-general Lim Guan Eng.
The ferry service is expected to cease operations on Dec 31 and will be replaced by smaller ferries meant only for pedestrians and motorcycles. Commuters in cars would have to use the two Penang bridges to cross the channel.
Lim, who is the former Penang chief minister, expressed frustration with the move to cease the service. "This cold and callous approach totally ignores both Penang’s unique heritage and history, (which plays) an important role as an economic generator of tourism.
"Ending the ferry service will take the romance out of going to Penang in the traditional manner, bearing in mind that George Town is a UNESCO World Heritage city. "Heritage and history are something that money cannot buy and should be treasured for future generations," said Lim in a statement.
He also urged the transport ministry not to "abandon" Penang and its iconic ferry service, adding that many foreign countries still retain their original ferry services. Even though they may not be economical but they are retained due to their intrinsic worth and intangible value to heritage and history, added the Bagan MP. 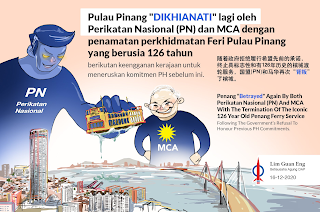 For the record, Transport Minister Wee Ka Siong revealed in Parliament that only 200,000 vehicles used the ferry service, compared to 1.2 million pedestrians using the same service.
Lim noted that the previous Pakatan Harapan federal government had transferred the management of the ferry service to Penang Port Sdn Bhd from Prasarana Bhd with the understanding that the iconic service must be retained together with cash payments as an incentive.
He accused the Perikatan Nasional (PN) government of "betraying" Penangites with the termination and mentioned that the transport ministry has been insisting on full control over water transport and ferry services in the state since 2015.
"To save the ferry service, the Penang government had offered to take over the entire Penang water transport services and ferry service in 2015 by bearing its costs. "Unfortunately, the Transport Ministry in 2016 refused to grant full authority to the Penang state government and insisted on exercising regulatory control over water transport and ferry services in Penang, even though the Transport Ministry was not footing the bill," said Lim.
Other than the car-carrying ferry service termination, he said this is not the first time Penangites have been "betrayed" by PN. "The RM100 million allocated in the 2020 Budget to build the cable car on Bukit Bendera was also terminated. "Similarly, the promised bank loan guarantees by the previous Harapan government to build the LRT to overcome the chronic traffic congestion in Penang and Seberang Perai was also cancelled," he said. - mk 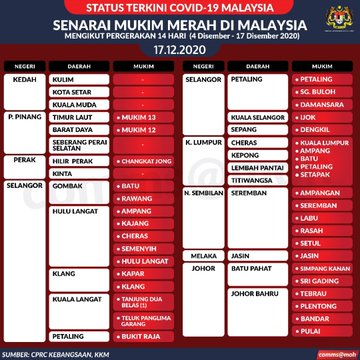 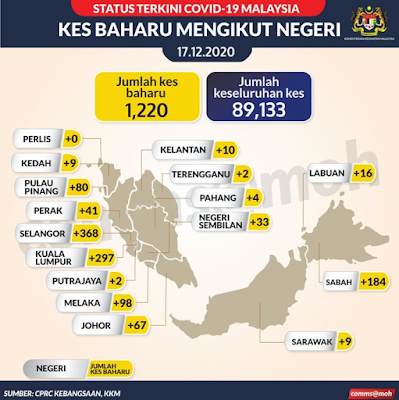 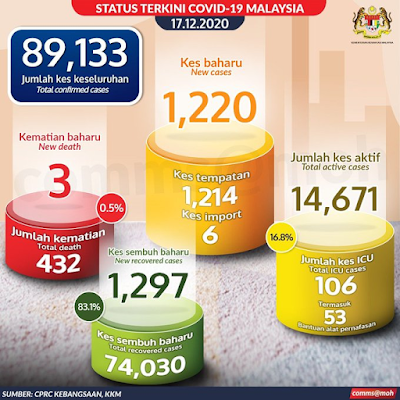