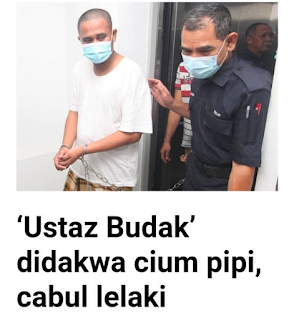 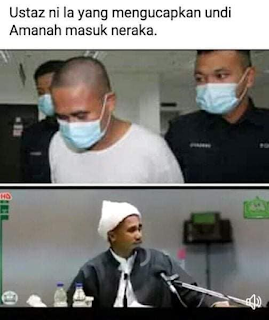 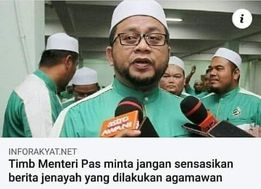 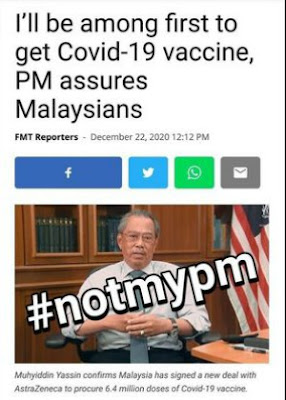 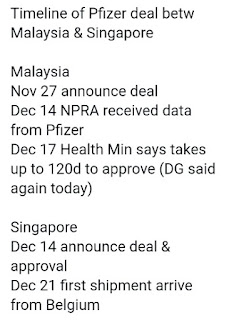 3. Our good Director General of Health said it would take four months to evaluate the vaccine.
4. Something is amiss here. Either the incoming US President is foolhardy or Noor Hisham Abdullah is being left behind by time. OR... 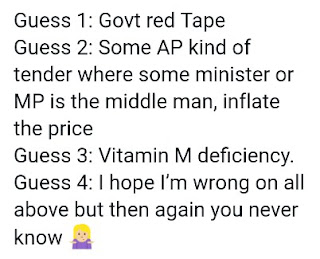 5. I hope he's still on top of things and was misquoted by the Press about the four-month wait.
OR... 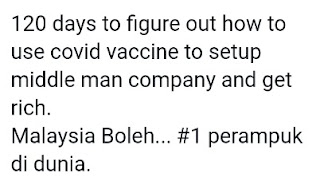 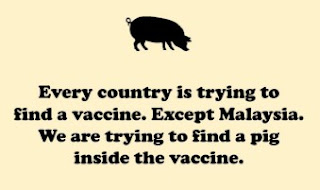 6. Do we have the luxury to wait four more months when the whole world is rushing to vaccinate? - akj 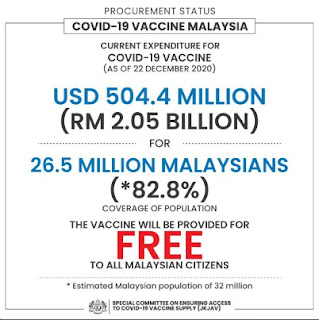 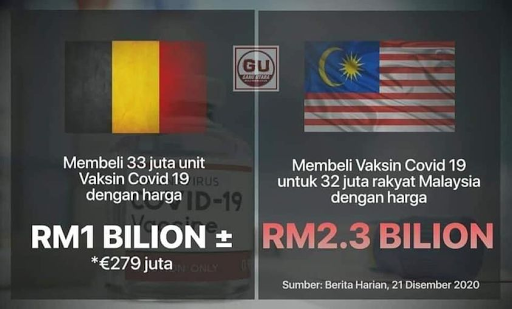 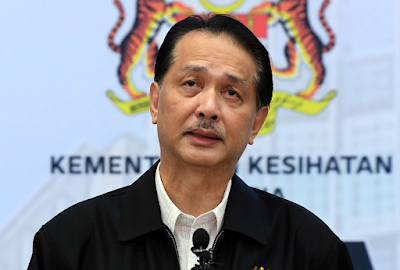 Dr.Noor Hisham explains 'slow'
vaccine approval,hopes to deliver quickly...
As several countries begin to roll out their Covid-19 vaccination programs, the Malaysian government has come under criticism from several quarters for its seemingly sluggish implementation. While Singapore has already received its first shipment of vaccines last night (Dec 21), Malaysia will take up to four months to approve the same vaccine and expects the first shipment to arrive in February next year.
Amid the public dissatisfaction, Health Ministry director-general Dr Noor Hisham Abdullah has taken to social media to clarify issues and said the ministry would try to deliver sooner than expected. “The government has and is still conducting negotiations and pre-emptive measures to obtain vaccines through various parties and measures.
“The National Pharmaceutical Regulatory Agency (NPRA) will follow up and give priority in assessing the vaccine’s safety and efficacy. “The typical time period is 90 to 120 days, but the Health Ministry is aiming for less than 90 days,” he said on Twitter.
Meanwhile, on Facebook, he responded to criticism of Malaysia’s supposed tardiness by highlighting the need for due process to be followed and the fact that NPRA’s foreign counterparts had been given a head start by drug manufacturers.
“When you have an adverse event following immunisation, then you will blame the NPRA for not doing a proper safety evaluation. “To be fair to the NPRA, the Medicines and Healthcare Products Regulatory Agency in the UK were given more than five months to evaluate the vaccine through rolling submissions,” he said.
In a separate Facebook post, Noor Hisham also explained the NPRA’s drug approval process. A typical dossier would include administrative information regarding the potential vaccine, as well as documentation to attest to its quality. Such documents would relate to the manufacturing process, vaccine specifications, and evidence of consistency.
Other information includes clinical and non-clinical documents, risk management plans, and periodic benefit-risk evaluation reports. That saids all pharmaceuticals to be marketed in Malaysia must undergo the same process, but it is up to the manufacturers themselves on when to submit the dossier. 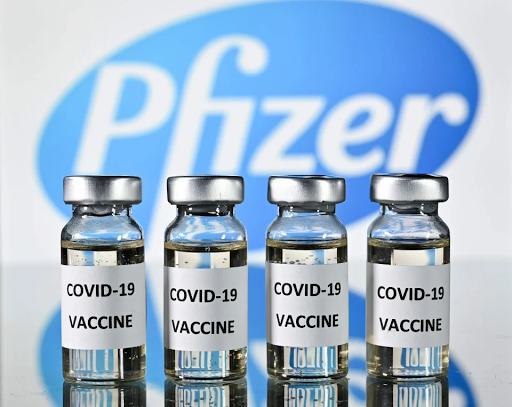 The first dossier for a Covid-19 vaccine was only submitted by Pfizer a week ago on Dec 15 and is the only dossier submitted to the ministry so far, he said. “All these documents are needed for risk/ benefit assessment without compromising the quality, efficacy, and safety of the vaccine,” he said. He also touted the NPRA as an internationally recognised medicines regulator and assured that it would follow all applicable guidelines.
The NPRA is recognised by the World Health Organisation (WHO) as a WHO Collaborating Centre for Regulatory Control of Pharmaceuticals since 1996, he noted. “NPRA will follow all international guidance and guidelines (such as from WHO and the International Council for Harmonisation of Technical Requirements for Pharmaceuticals for Human Use) and the ASEAN Common Technical Dossier which applies to Malaysia. “These steps are critical to substantiate the safety, quality, and efficacy of any vaccine intended for use in the country,” he said.
Once the vaccine has been assessed by the NPRA, it would make recommendations for the Drug Control Authority to make the final decision on whether to register a drug and thus allow it to be used in Malaysia.
Malaysia has thus far signed agreements to procure vaccines from Pfizer to cover 20 percent of its estimated population of 32 million people, as well another 10 percent through the Covid-19 Vaccine Global Access (Covax) facility, and 20 percent more from AstraZeneca. It is also finalising agreements with Sinovac, CanSino Biologics, and Gamaleya National Centre to procure additional doses.
Malaysia aims to vaccinate at least 70 percent of its population to achieve herd immunity against Covid-19. Current procurement deals including those still being finalised are on track to provide vaccine coverage for 82.8 percent of the population for RM2.05 billion. - mk 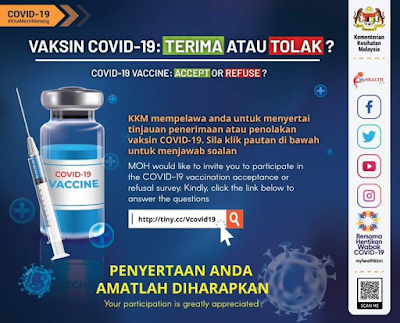 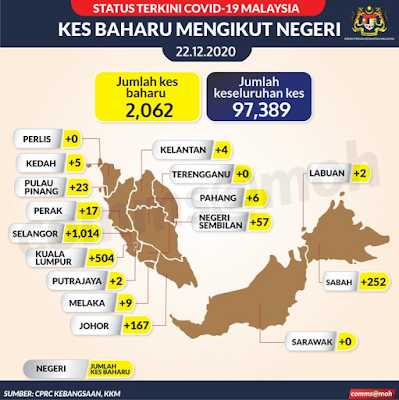 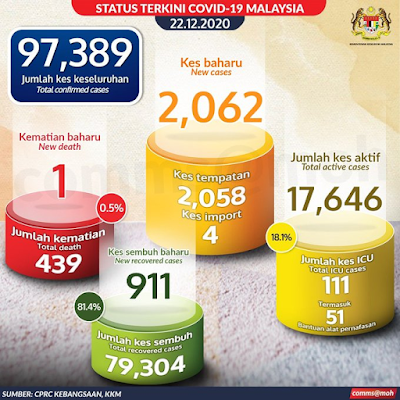