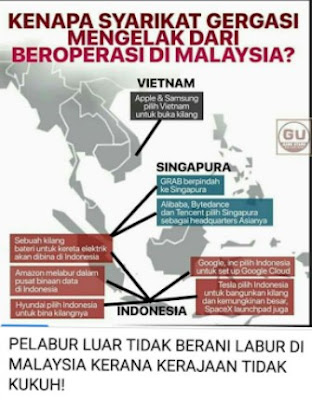 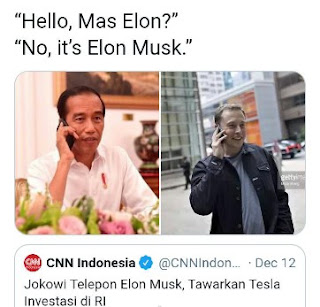 Syarikat2 koperat di atas berpindah ke negara lain pasai mereka rasa pemimpin2 di Malaysia ni syiok main politik dan tak berminat untuk menarik pelaburan ke sini. Pemimpin2 kita masing bercakaran untuk mengekalkan kuasa dan membahagi2kan harta. Pasai tu pelaboq2 antarabangsa ini dah bosan dengan gomen yang ada sekarang. Seperkara lagi mungkin depa sedaq adalah lebih baik mereka berpindah melaboq di negara2 yang tak dak parti2 UMNO/PAS/PN!.. - dr.ts
Pak Ungku and Tabung Haji...
Yes Pak Ungku, pet name for Prof Ungku Aziz, was the brain behind setting up Tabung Haji as a pilgrimage savings fund for Muslims. Based on the same concept as the Employees Provident Fund which was founded in 1948(?) for employees in the private sector to save for their retirement.
Both the EPF and TH invest their funds in the financial markets (equities and bonds) to earn the dividend incomes so that they can pay dividends to their depositors . They also invest in direct investments in commercial companies.
TH however made some bad investments. It owns subsidiary companies that fail to perform. Nevertheless, it continued to pay good dividends to TH depositors despite the losing investments, by digging into the reserves . Not one year but over some years. BNM began to feel uneasy about this dividend policy of TH. This prompted TS Zeti, Pak Ungku’s daughter, when she was governor BNM, to send a letter warning TH that such dividend payments were untenable. 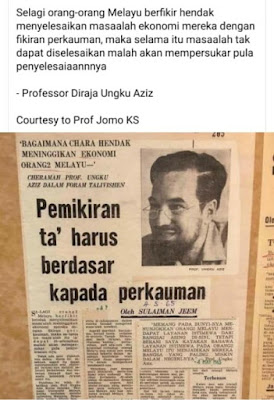 I met the late Professor one morning,while jogging around the MU campus.He was jogging there too. He was a very humble man with a lot of ideas. Well,that was in the late 60's while I was a doctoral student there. May his soul rest in peace..Al Fatihah,Ameen... - dr.ts
Although BNM has no direct control over TH under the Financial Services Act, it has the over arching responsibility to protect the financial and banking system from being affected by non banking institutions acting in a manner not conducive to the stability of the system. Unfortunately, TH did not act on BNM’s advice. Finally, TH had to be rescued as its non-performing assets were becoming too corrosive for comfort .. This was done during the PH goverment — the MoF under Lim Guan Eng set up the SPV called Urusharta Jemaah to do the rescue operation by taking over its non-performing assets. This SPV like other SPVs was set up as an MoF Inc company. But some Malay politicians quickly seized on the political opportunity to label the MoF Inc SPV as a DAP conspiracy to seize TH assets and destroy TH, an institution dear to the hearts of all Malays and an Islamic institution that’s a model to the Muslim world
I wrote an article defending the rationale behind the SPV because being a Treasury man, I could understand the SPV. But the Malay sentiment against LGE was too strong. Even today, some Malays point to the TH to prove their point that the DAP is anti-Malay. It’s that kind of nonsense that’s not fair to LGE and DAP. LGE acted in good faith on the advice of BNM, Ungku Aziz’s daughter — TS Zeti, one of the best central bankers in the Commonwealth.
A great man who served his country thru education. The UM was fortunate that he rose to become its VC. May Allah’s Blessings Be Upon Him - Sheriff 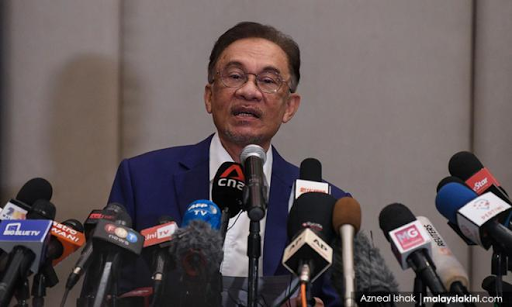 Can Harapan move on
from Anwar Ibrahim?...
The problem with Pakatan Harapan’s leadership issue is that nobody is stepping up and challenging Anwar Ibrahim for the top job. Folks complain and moan about his leadership, but nobody wants to step up and offer an alternative vision.
Mainstream Harapan dogma, compromises of bromides like “reform agenda” and challenging the status quo but everything that Harapan has demonstrated so far is politics as usual for the opposition.  How can the base evaluate if someone is capable of leading the opposition charge when nobody wants to put their political careers on the line?
Sure, Shafie Apdal and the two-times former prime minister Dr Mahathir Mohamad as recent as September was still advocating for Shafie, saying "he is still one of the candidates”, and of course the very public statements from various political operatives of the manoeuvrings within Harapan to realise this possibility destabilised the opposition instead of galvanising it.
Anwar has bungled so many times that not resigning now as some claimed he would, would be just farcical. Of course, if he resigns who would replace him? That is the tragedy, that there are no leaders groomed to take over.
There are no political operatives who have the will and charisma to assume leadership. There is no succession plan for PKR, and everyone is betting on Anwar Ibrahim. This is an extremely dangerous situation to be in. Ironically it was Azmin Ali who was power-hungry enough and had the political skillsets to engineer a coup that Harapan base wishes Harapan leaders had. 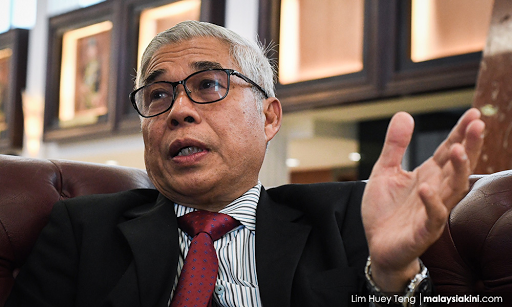 Pasir Gudang MP Hassan Karim (above) said that Harapan needs consensus on leadership and Anwar should be chosen. But this would mean that Harapan and the base need to ignore every wrong move that Anwar made and pretend that his leadership has benefited the opposition.
As I said in my last piece that Shafie is right that there needs to be a change of leadership and direction but I did not think Shafie was it. Mind you, if he actually came out and challenged Anwar for the leadership of Harapan instead of these weasel-worded attacks then a review is in order and the base should give Shafie a fair hearing.
Keep in mind what the old maverick said during a campaign stump during the last Sabah elections that a vote for Shafie was a vote for him. Oh, dear. Meanwhile, anyone who attempts to deviate from Anwar dogma and attempts to criticise the PKR leadership is publicly excoriated.
This, of course, is extremely funny because when Azmin was making all those moves that eventually brought down the Harapan government, Anwar and his coterie did nothing but bury their heads in the sand and told the base that all of this was a figment of press imagination.
To be fair to Anwar - and I am loath to be “fair” when it comes to politicians - Harapan has never fully committed to Anwar becoming the next prime minister. It was excruciating seeing how many political operatives were bending the knee to the old maverick while chastising Anwar for wanting a timetable for a hand over of power.
During the old mavericks brief reign, Anwar was made to look like the one who could not play well with others, all the while because of his ineptitude with dealing with Azmin, the Harapan house of cards came crashing down. 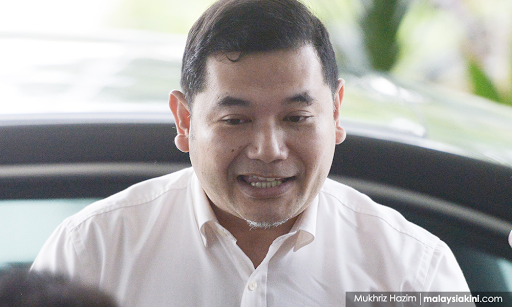 Rafizi Ramli (above) breaking his silence and warning of scoundrels surrounding Anwar is a good political narrative but it also points to the fact that if Anwar is so weak-willed as to be easily influenced by scoundrels, how on earth is he going to stand up against the mainstream Malay political establishment?
Anwar has never known who his friends and allies were, and this is extremely dangerous for political operative manoeuvring in a political terrain dominated by race and religion.
Running to the palace, not telling his allies what his plans were and destroying the credibility of his partners are making the job easier for Perikatan Nasional, Umno and PAS. How can someone like this lead Harapan?
Mahathir when he was in power bent the establishment to his will. He knew when to use the carrot and when to wield the stick. All Anwar can come up with is, “don’t spook the Malays”. Even now when he attempts to spin the budget fiasco as some sort of victory nobody believes it.
Yes, PN is weak but the problem is that Harapan is weaker and mostly because of the strategies on Anwar. The fact that there are those in Harapan who still want to return to Mahathir should tell you how screwed up all of this is.
If only Anwar had kept his mouth shut, not attempted his various farcical counter-coups, strengthened his power base within the opposition while opposing the machinations political and social of the PN regime, his loss in the budget vote could have been spun as a loss for a government with only a three-vote “majority”.
The fact that Anwar can claim that some MPs voiced opposition to the budget in private but still voted for it, is demonstrative of his lack of political skills not to mention basic common sense. Politicians will say anything in private, especially when they are trying to manipulate the leader of the opposition for their benefit.
While Anwar claims that political operatives were hesitant to vote against the budget because PN state erroneously linked the budget to the functioning of the civil service and payment of salaries, the same could be said of him and his waffling at various stages of voting for the budget. Anwar is projecting when he talks like this and it is obvious to anyone who has followed this fiasco, that it is Anwar who has failed in the leadership test.
Anwar’s loyalists tell me, that now that this budget issue is over, Anwar can fully turn his attention to the next general election. He can finally be free of all “these temptations” to dethrone the PN government and commit to building and rebranding the coalition. The fact that they can say this is indicative of what they actually thought of those stratagems that Anwar employed to the lead up the budget reading.
Harapan needs to be united under strong decisive leadership. The tragedy is that nobody is stepping up to the plate. It is not that PKR needs to be honest about Anwar, it is that Harapan needs to decide what kind of coalition it is and if Anwar still is the only person who can lead it. Harapan should stop acting like a suicide pact. - S Thayaparan.mk 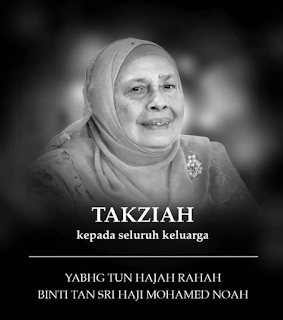 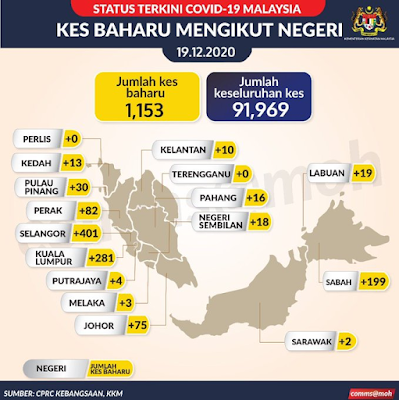 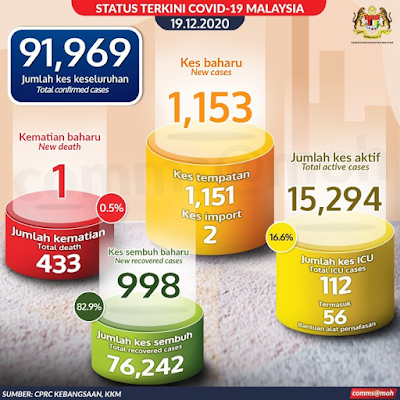