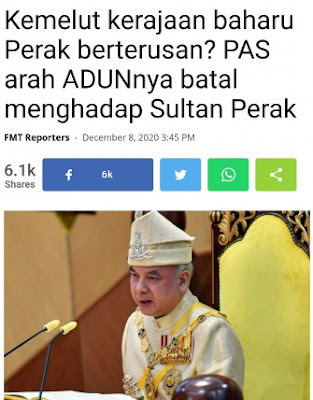 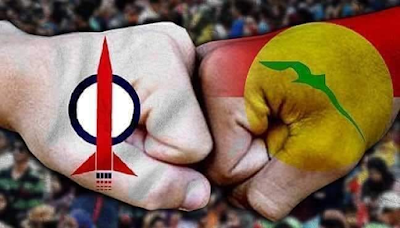 An UMNO-DAP coalition -
Dream Team or Just Dreaming?...
Whatever else may be said about Malaysian politics, one thing is clear: it is far from boring. Just when we thought we had seen everything, speculation is rife about an emerging partnership between UMNO and Pakatan Harapan, and more specifically, between UMNO and DAP – two parties which have spent the better part of half a century locked in a bitter struggle with each other. Well is it said that there are no permanent enemies, only permanent interests.
Speculation about a possible UMNO-DAP partnership comes in the wake of Pakatan Harapan (PH) siding with UMNO to bring down the Perak state government led by Faizal Azumu of PPBM. Faizal was always an appalling choice for the post and few will mourn his departure from office but the circumstances of his ouster might now usher in new political alignments.
Soon after the collapse of the Perak state government, Johor MB Hasni Mohammad (who is from UMNO) made overtures to PH ADUNs in the state assembly hailing them as “strategic partners in developing and creating prosperity for Johor” and dramatically increasing their allocations. While it might have been a calculated move to strengthen his support in the assembly, it was warmly welcomed by PH and seen as a further step towards rapprochement between UMNO and PH.
Clearly, political leaders now appear to be contemplating what was once unthinkable: an UMNO-PH partnership. UMNO president Zahid Hamidi hinted at “a new alignment” with PH and the DAP while UMNO Supreme Council Member Puad Zarkashi gushed about “new norms of politics that were no longer as rigid and coalition-centric, with cooperation between any political parties a possibility.”
The DAP’s Liew Chin Tong was no less supportive of what he called the new “bipartisan approach.” Perak DAP chairman Nga Kor Ming declared that the DAP was “willing to work with any party that can help to form a multiracial, strong and stable government.”
All the talk about an UMNO-DAP partnership in particular prompted Kadir Yasin, a close confidant of former prime Minister Mahathir Mohamad, to somewhat sarcastically suggest that a “dream team” was in the making.

The warming of relations between UMNO and PH comes against a backdrop of increasingly bitter disagreement between UMNO and other members of the Perikatan Nasional coalition. UMNO leaders are anxious to get back to power and reclaim the prime minister’s post as quickly as possible. They resent having to play second fiddle to the much smaller PPBM made up largely of UMNO turncoats. UMNO has also grown increasingly impatient with PAS whose leaders, anxious to protect their trove of ministerial positions and GLC appointments, have moved closer to PPBM.
It cannot be discounted, of course, that all this talk of cooperation with PH and the DAP is simply a ploy, a cunning UMNO strategy to exert maximum pressure on PPBM to be more accommodating. Time will tell.
No doubt many Malaysians will find the thought of an UMNO-PH partnership and particularly an UMNO-DAP one, hard to swallow. Already angry voices are being raised in opposition to the idea. Such reactions are to be expected given how emotionally charged the issue is.  But, emotions aside, a case can certainly be made that such a partnership, provided it is based on sound principles, could be just what the nation needs to halt the downward spiral and restore stability.
There are three political realities to note. First, whether non-Malays like it or not, UMNO is clearly the preferred choice of the majority of Malays. There were hopes post-GE14 that a better, less corrupt Malay alternative would emerge; none has. UMNO, despite its copious baggage of scandals, not only survived Mahathir’s attempts to degrade it but has gone on to stage a comeback. None of the other Malay or Malay majority parties – PPBM, Pejuang, Amanah, PAS or PKR have come close to UMNO in terms of Malay support.
On the other side of the equation, non-Malays have clearly chosen the DAP as their party of choice. While largely Chinese, the DAP has more Indians and others within its ranks than any other party. MCA, MIC and Gerakan are no longer credible alternatives no matter how much they pretend to be. Whether Malays like it or not, therefore, the DAP represents the non-Malays. If UMNO wants power and stability, a partnership with the DAP is a no brainer.
And thirdly, Malay political unity is always going to be a tenuous proposition because UMNO, PPBM and PAS are all after the same prize – to head the government – and only one can win. They might find temporary advantage in limited cooperation but sooner or later they would have to part company if they want to be top dog. An UMNO-DAP partnership, on the other hand, would be more stable because UMNO will always be first among equals given the racial balance in the country. 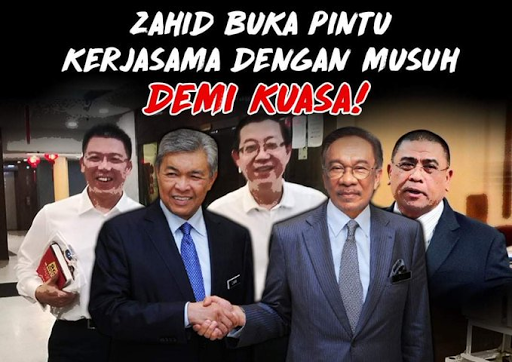 Given these realities, a coming together of the largest Malay party and the largest non-Malay party makes good sense. A Malay-Chinese alliance is what this nation was founded upon and is exactly what will bring stability and restore balance to Malaysian politics. It will assuage the concerns of both Malays and non-Malays and put an end to decades of racism and religious extremism.
Of course, such a partnership, if it is to be acceptable to a plurality of Malaysians, will have to be premised upon more than just political expediency. There would have to be agreement on key issues including the choice of prime minister. Without a doubt, most Malaysians would not accept anyone facing criminal charges as their prime minister. Already anger over the discharge of senior UMNO figures facing corruption charges is palpable. Good governance, an uncompromising stance against corruption and meaningful economic measures to help the B40 group also need to be included in any governance compact.
If clear agreement can be reached on at least a minimalist agenda, UMNO-DAP cooperation would make a lot of sense. It may not be the outcome people on both sides of the political divide might want to see but it might well be the only way forward out of the morass we are in. We can cling doggedly to our respective positions and remain stalled or make compromises and move forward.
Can both sides overcome decades of mutual suspicion and hostility? Can UMNO persuade its own grassroots to accept the DAP after decades of demonizing them? Can DAP supporters overcome their deep-seated animosity towards UMNO? If there’s a will there’s a way. After all, if the DAP can work with Mahathir (long a bitter foe) and UMNO can work with PAS (after years of bitter rivalry) is there any reason why UMNO and DAP cannot work together given the right circumstances?
For now, at least, there are more questions than answers. Nevertheless, the tantalizing prospect of cooperation between UMNO and DAP is an idea certainly worth exploring further. If the current Malay unity government gives way to a Malaysian unity government, surely, we would all be winners. - Dennis Ignatius 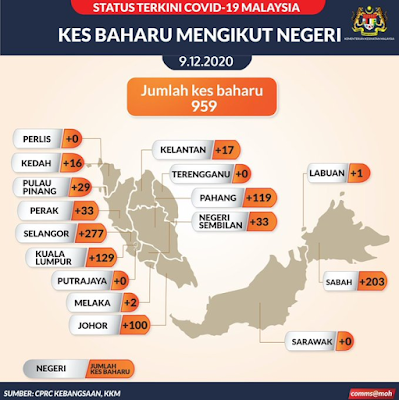 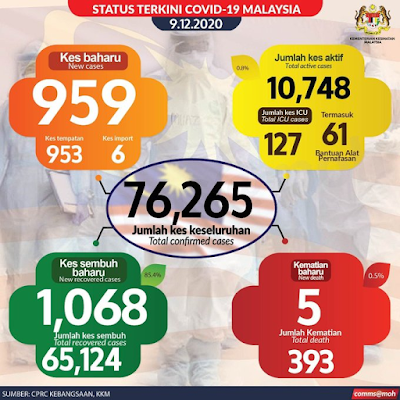