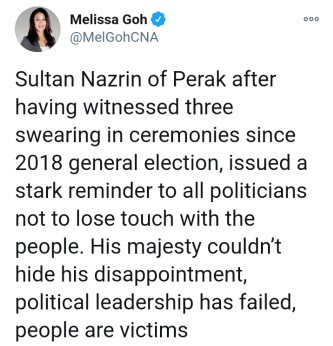 I thought Trump was bad enough and now we have
a moron pengkhianat Minister who is even worst...- dr.ts 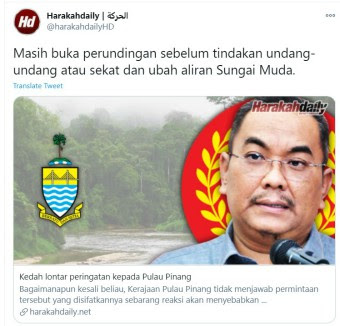 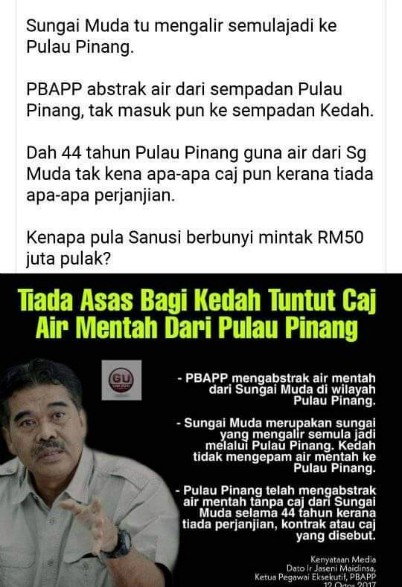 Kerajaan Pulau Pinang nak bagi tau kat Kerajaan Kedah yang Penang TAK akan membayaq caj ayaq mentah kira2 RM50 juta setahun sebagaimana yang dituntut oleh Kerajaan Kedah. KM Pulau Pinang cakap "Kita tidak akan membayar caj tersebut memandangkan Pulau Pinang menggunakan hak antarabangsa iaitu menggunakan air dari sungai khususnya di bahagian sempadan negeri Pulau Pinang sejajar dengan undang2 dan hak antarabangsa"  Jadi kalu hangpa sibuk sangat pi lah sekat dan kalih ayaq Sg.Muda tu kat Sungai Petani kasi banjir terus . Atau pun pasang paip panjang sambung ke Kelantan dari Sungai Petani untuk alirkan ayaq  ke sana pasai ayaq di Kelantan lebih teruk daripada teh tarik!!!! Awatlah lebai bodoh piang sangat. Sorry lebai...you can go and fly kite... - dr.ts
The Perak political crisis: end of story?...
Previously I had asked the all-important questions: who would be the new Perak menteri besar and which party would helm the new state government. This followed the ouster of Datuk Seri Ahmad Faizal Azumu through a confidence vote motion in the state assembly which he failed to muster. Faizal had to quit and with that his administration collapsed as well. The confidence motion was initiated by Umno. To put it bluntly, Umno wanted Faizal out, something it had always wanted.
We now know Datuk Saarani Mohamad is the new Perak MB. He is from Umno and his party is helming the Perak administration, meaning Umno gets what it wanted. Bersatu and PAS are still in the government, both obviously happy. At least that's how they appear!
I had also asked whether the Perak crisis last week would trigger a political spillover elsewhere, in particular Johor and Melaka where Umno-Bersatu ties are strained. And the big question: was something big about to happen at the federal level?
Well, all's quiet at the Melaka front. In Johor, menteri besar Datuk Hasni Mohammad called the opposition, Pakatan Harapan, a "strategic partner" and tripled the state Budget 2021 for all members of the state assembly, including the opposition, from RM50,000 to RM150,000 and an additional one-off allocation of RM50,000 for COVID-19.
This gesture is seen as an attempt to win support from his rivals and thwart any move against his government by his Perikatan Nasional partners, like what took place in Perak. In short, he did not want Bersatu to take revenge in Johor by doing what Umno did in Perak. Hasni, as we know, is from Umno. 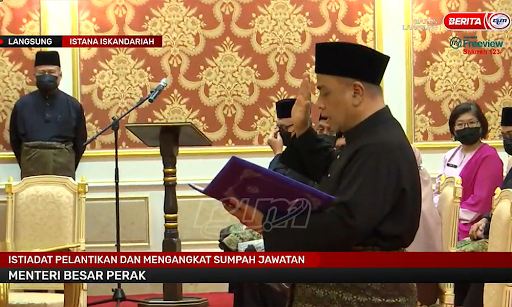 If such a notion is true, then what happened in Perak did have an impact of sorts in Johor. Incidentally, no move to undermine Hasni took place at the Johor state assembly. He is still MB, safe and sound, with the state government comprising Umno/BN, PAS and Bersatu. And what about the biggest question of it all? One about motions of no-confidence as well as confidence involving prime minister Tan Sri Muhyiddin Yassin.
If allowed in parliament, both motions can see all sorts of consequences and have a major shift on the political landscape of the country. DAP MP Nga Kor Ming had said if Perak could fast track the confidence motion for Faizal to be tabled, debated and voted, why couldn't the parliament?
Speaker Datuk Azhar Harun has been adamant with his stand that government business takes precedence over other matters, including the two motions. As I write this, minister for parliament and law Datuk Takiyuddin Hassan has just told the Dewan Rakyat the government will not fast track the 25 no-confidence motions against Muhyiddin and the two confidence motions for the prime minister, because "so far there has been no indication Muhyiddin has lost the majority support in the Dewan Rakyat". Agree or not with what Takiyuddin said, that's the "situation" and Muhyiddin remains prime minister.
Back to Perak. With a new MB already sworn in and status quo as far as state government is concerned, has the story come to a happy ending? Yes to an extent as things are "settled" and everybody knows who is MB and what political parties make up the state government. But will there be still bad blood among Umno, PAS and Bersatu? Upfront, no. But what goes on behind the scene or "in the hearts" of its leaders and members, we can only guess.
Bear in mind a lot were said and hurled during the crisis. To Bersatu, it was backstabbed by Umno. To PAS, those who did not support the Bersatu MB were traitors to religion, race and country. That was obviously meant mainly for Umno.
To Umno, Bersatu's Faizal must be removed for his handling or rather mishandling of certain issues and Umno must be in the driving seat of the state administration for the number of seats it got (25) compared to the five Bersatu seats which included Umno turn coats. As Umno sees it, the MB position is theirs. Plain and simple.
And in saying it, Umno wanted the state government to continue to be run by Perikatan Nasional (painting a picture that the issue is only about Faizal not the respective parties), have no qualms setting up an alliance with the opposition including DAP should Bersatu and PAS did not want to work with them. 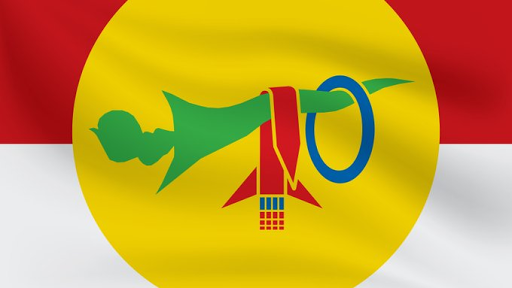 DAP and PKR in particular had also said the coalition was open to the idea working with Umno based on "certain conditions". But Pakatan Harapan insisted they would enter negotiation as a package or a team with "no party left out" when it was said Umno wanted PKR and Amanah in government but not DAP. To their credit, the crisis helped to show unity among the Pakatan Harapan parties.
But when DAP earlier said it could work with Umno, there were quarters in the party as well as supporters who were not happy, to put it mildly. Now that the idea of an Umno/BN and DAP/PH collusion did not materialize, has DAP, in particular, lost face? Used by Umno?
"PH is not impacted much. Probably disappointed but many people are disappointed as well because they had wanted to see a new narrative, political peace between DAP and Umno paving the way to end racial politics. That did not happen," said Malay political observer and author Mohd Sayuti Omar.
And according to veteran journalist Datuk A Kadir Jasin, "DAP loses nothing by offering to cooperate (with Umno). It shows its magnanimity and sense of confidence."
If I may add, the opposition lives to fight another fight for another day. And as for Umno, PAS and Bersatu, the Perak crisis, if anything, shows that they can push aside (real or other wise) bitterness and differences to be in power. The taste of power, after all, is sweet, among other things. - Mohsin Abdullah 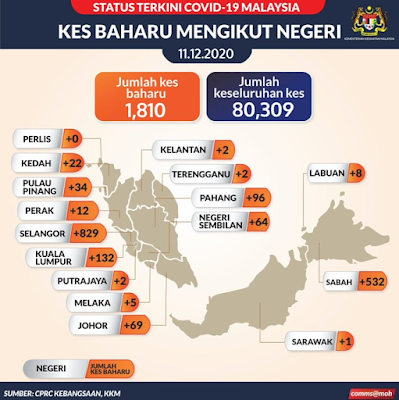 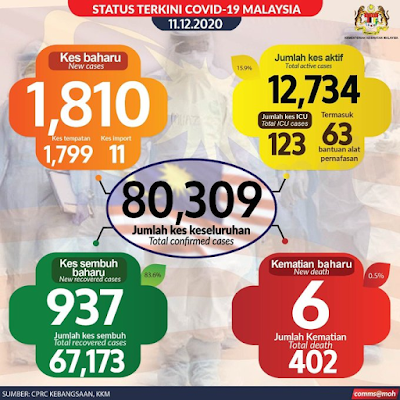