Idiotic mindset of a stupid leader....

Is Sanusi brave enough
to cut water supply?...
Kedah Menteri Besar Muhammad Sanusi Md Nor has been in the limelight for all the wrong reasons. After justifying the reason why the two Hindu temples were demolished - one to make way for a motorcycle park and the other for a futsal -he has turned to other matters.
He also said the Kedah PAS government would not give financial assistance to Hindu temples. Then he went on to announce the discovery of rare earth elements (REE) in his state promising Kedahans billions in god-given revenue.
He revealed that a local company in Kuala Lumpur would tie-up with a foreign company apparently from China in the extraction of the REE. He hoped that the federal authorities would not put obstacles in the way of the extraction of REE. Sanusi’s grandiose talk of billions to made from the revenue generated by the mining of REE was met with a barrage of criticisms.
Environmental agencies and civil societies urged the federal government to halt the extraction of REE as it would cause irreparable damage to the environment resulting in floods, landslides and disappearance of crucial water catchment areas in the Ulu Muda region. 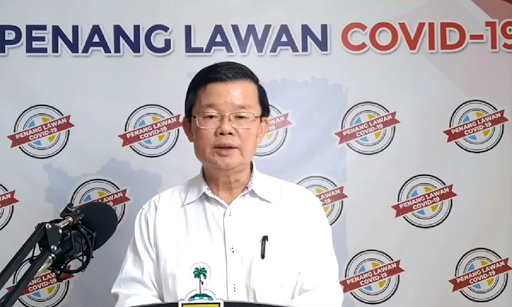 Penang Chief Minister Chow Kon Yeow
The CEO of Penang Water Authority (PBA), Jaseni Maidinsa gave a series of press statements, saying how the mining of REE would pose danger to water catchment areas in Kedah affecting water supply to states like Penang and Perlis. More than 80 percent of Penang’s supply is drawn from Sungai Muda but on the Penang side of the river.
The criticisms regarding the exploitation of REE must have irked Sanusi to the extent that he demanded the Penang government pay RM50 million every year to the Kedah government as compensation.
However, Penang Chief Minister Chow Kon Yeow rebuffed this demand by a swift response by saying that his government would not pay a single cent to Kedah for the extraction of water. This rebuff must have agitated Sanusi for him to issue the threat of cutting water supply to Penang.
He responded by saying that he would get the villagers located on the bank of Sungai Muda to place sandbags to choke off the water supply to Penang. The threat of cutting off the water supply to Penang is serious and a seditious one.
Just imagine that if Sanusi succeeds in cutting off water supply to Penang, more than a million people would be without water. It is not a laughing matter, but one of life and death. Really, if Sanusi is a man of his words, who walks his talks, then I challenge him to take all the necessary steps to block off the water supply to Penang. 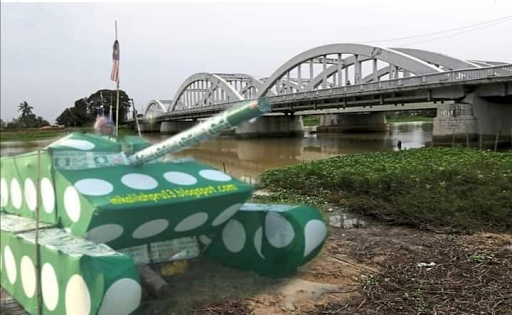 Di sempadan perairan Sg Muda, Kedah/Penang
tentera jihad fi sabilillah telah bersedia untuk bertempur...
I hope he has the courage to do this, but he shouldn’t come out and say that he was using the metaphor of cutting off the water supply, and he really did not mean it. Naturally, just in the case of Indians being high on toddy, he would blame those who misunderstood him for their lack of understanding of Bahasa Malaysia. In other words, Sanusi’s Bahasa Malaysia is so full of metaphors, innuendos and deep meaning, no ordinary Malaysians are capable of understanding.
I think I am beginning to believe that Hindu temple demolitions, the metaphor of high on drinking toddy, Penang to pay for the water supply and the subsequent threat to cut the supply are not wild remarks but strongly interconnected to divert attention from Sanusi’s hallucination to turn Kedah into an El Dorado by the riches derived from REE mining.
El Dorado or the illusory utopia of Wakedah, the people of Kedah are going to suffer from the irresponsible bizarre antics of Sanusi. I wonder if this is the kind of leadership that the pious and god-fearing party like PAS wants to promote. - P.Ramasany,mk
Kaki penyebaq fitnah tersohor besides Raja Petra Kamaruddin,
Anwar perlu berhenti berharap dan 'move on' to GE15... 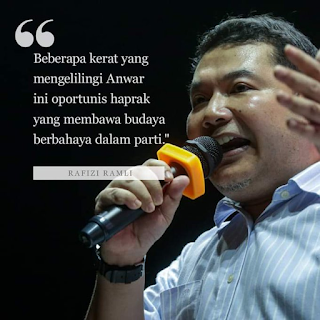 Rafizi warns Anwar about surrounding
himself with opportunists...
PKR vice-president Rafizi Ramli today warned his party president Anwar Ibrahim to act immediately against certain individuals in the party whom he considers to be "scoundrels and opportunists" who have surrounded Anwar and brought a dangerous culture to the party.
Rafizi said the "boys" involved only appeared after Anwar was released from prison in 2018 and was viewed as the prime minister in waiting. "These are the boys around Anwar who only appeared after he was released from prison and was the prime minister in waiting," he said in a statement today.
The former Pandan MP said this when commenting on the issue of PKR Youth chief Akmal Nasir, who is alleged to have mocked Anwar in a conversation through the WhatsApp application.  In the leaked messages, Akmal, who is the Johor Bahru MP, was seen criticising Anwar's manoeuvring, including "giving green light" for PKR to publicly quarrel during last year's congress.
The messages also purportedly showed Akmal saying that he, along with Permatang Pauh MP Nurul Izzah Anwar and Subang MP Wong Chen, were prepared to stop Anwar from making his September announcement that he had gained a "formidable" majority to form the new government, something that has yet to materialise.
It is unclear who leaked the message but they have been circulated on social media to brand Akmal a traitor and some PKR Youth leaders push him to resign.This prompted former PKR vice-president Rafizi Ramli, who has quit politics, to break his silence, warning Anwar not to surround himself with "opportunist".Rafizi added that Akmal's criticism had basis. Akmal was Rafizi's protégé when he was still in PKR. 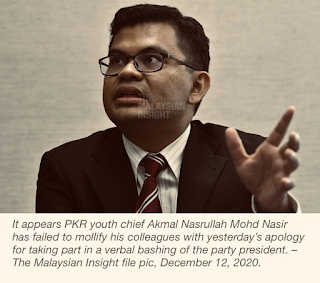 PKR Youth chief Akmal Nasir
Until now, Akmal has been known to be a strong supporter of Anwar and positioned in his camp as opposed to that of former deputy president Azmin Ali who left the party and helped bring down the Pakatan Harapan government, denying Anwar the chance to take over as prime minister.
Rafizi himself, while still a PKR vice-president, has effectively ruled himself out of politics since his defeat to Azmin in the PKR party elections at the end of 2018.
"For the last two years, I have not been involved in the political journey. It is my intention to leave politics to others," he said. "Many are aware that there are some individuals around Anwar that are opportunists who bring a dangerous culture in the party.
"They bring with them a gangster culture and money politics. They walk around sowing money and promises," added Rafizi. "I have reprimanded Anwar for the past two years. So Akmal's reprimand has a basis." 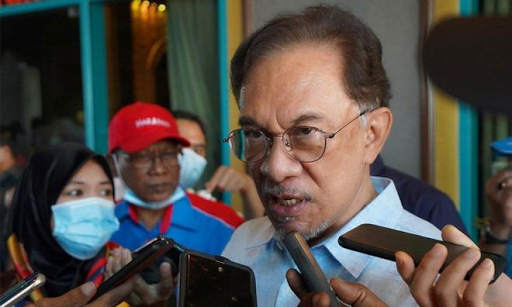 PKR president Anwar Ibrahim
He said Anwar needed to be wise at choosing people around him who are guardians to his office. "At first, he chose Azmin and now we have seen what happens," said Rafizi.
He said those who not present during the darkest days of the Reformasi struggle had suddenly materialised when Anwar was released from prison in 2018.
Rafizi added that Akmal was targeted and bullied for having any independent view, which was viewed as threatening by those surrounding Anwar.
"I'm the type who doesn't like to say the same thing over and over again. If the advice has been given and it seems ineffective, then let Anwar bear the risk of keeping the types of opportunists around him. "I advise everyone who intends to use this party for the sake of wealth and personal position - it is better not to disturb me."
Rafizi also warned that while he may be dormant, he could be stirred into action if provoked. - mk 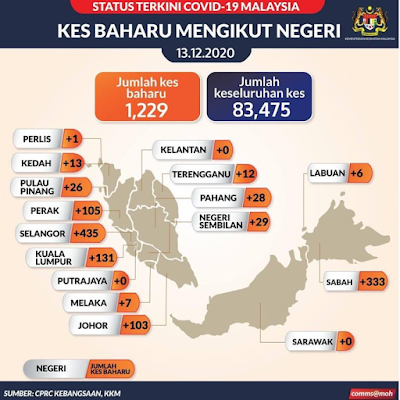 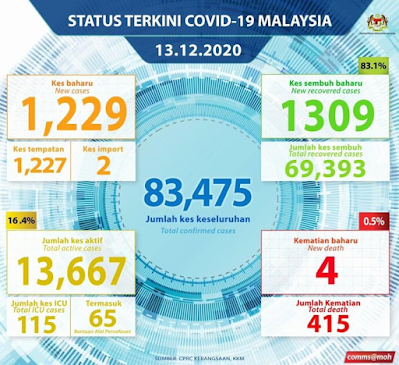