Mahathir's memory lapse is in no way impaired..... 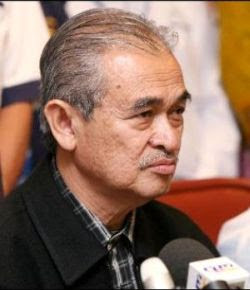 In 1988, Mahathir had convened a special tribunal to try Salleh Abbas on charges of misconduct and for questioning constitutional amendments that seriously eroded the powers of the judiciary.

Salleh Abbas was subsequently sacked. Supreme court judges George Seah and Wan Suleiman,who had ruled that the tribunal was convened unconstitutionally were also sacked after being found guilty of misconduct by another tribunal.While three other judges involved in that episode,Azmi, Eusoffe and Wan Hamzah were suspended too.

The right person to apologise here is Mahathir himself not Pat Lah. Azmi Kamaruddin, one of the supreme court judge who was suspended then said, “Its Mahathir, and not Pat Lah, who should be apologising to the judges. "Why should the present PM apologise? He has done nothing. Mahathir should apologise if he is a gentleman - it is not apologising to the judges but to the country," he added. 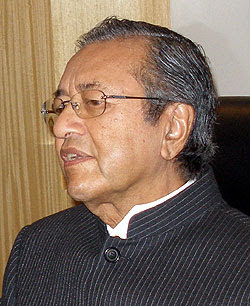 On the other hand, Mahathir said many lawyers were angry with him because he had quoted Shakespeare during a cabinet meeting which says, "the first thing we do, we hang the lawyers". He was only joking but they heard of it and believed he meant what he said. The judges also felt unhappy with him. “

Besides, I had criticised the judiciary for disregarding the intention or objectives of the laws formulated by the legislative wing but instead interpret them based on the words used.

Was I committing a crime for saying this? I was merely stating a fact. Can no one comment on the judiciary at all even when they disregard the interest of the country? In many developed countries it is common for the public to criticise the judiciary, Mahathir added.

What's more suprising is that Mahathir's memory that was supposed to be impaired during the Lingam Video inquiry suddenly was able to clearly recall events that took place 10-20 years ago. Suddenly his use of the cants like..."I forgot"... "I cannot recollect"....etc,etc were all gone! What a pleasant recovery…….

Meanwhile, the ex gratia payment announced by the government for six former judges involved in the 1988 judicial crisis is not a form of apology to them, said Najib. "The ex gratia payment does not tantamount to revisiting whatever that has been decided. It is not to be construed as any form of apology but this is our way of addressing some of their personal considerations and some of the personal experiences, hardship that they have gone through. "That is all..so it is to be seen in that light. It should not be construed as anything beyond that," 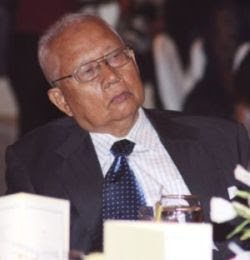 The government's move to set up a judicial appointments commission is not aimed at satisfying the wishes of opposition parties, Information Minister Ahmad Shabery Cheek said today.

According to him, Pat Lah had long wished for the judiciary to be a strong and independent pillar of government. "As such, the question of fullfilling the wishes of the opposition does not arise."

The two statements coming from two UMNO Ministers just 24 hours after Pat Lah speech on Judicial Reforms at the Bar Council dinner at the JW Marriott Hotel, goes to show how mean and arrogant they can be. In a denial mode, UMNO still believes that what Mahathir did 20 years ago - sacking the 6 judges- still hold fort and UMNO and the gomen is in no mood to apologise.

Ahmad Sabery Cheek must have forgotten that it was the oppositions, including himself, while in Semangat 46, who were fighting for the restoration of the judiciary. Had not for the oppositions these six judges would be a thing of the past. What has UMNO and the gomen done? Nothing... instead they collaborated with a "correct...correct" lawyer to determined the appointment of top judges of the country.

Mahathir can never and will never say sorry. His ego is above everything. Anyone who believe in religion and god will never be able put his ego above truth. Remember truth equals god. If Mahathir continues to conceal truth, no one becomes loser except him.

Letting the time pass me by said...