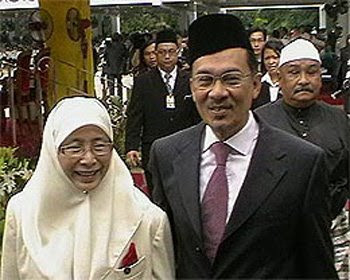 This is the first time Anwar was in the house in a decade’s time after his unceremonious sacking from the government in 1998 as the deputy prime minister. 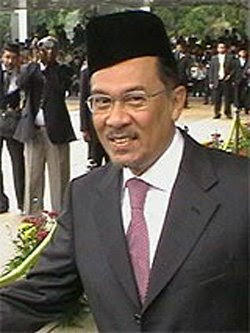 The BN coalition has ruled Malaysia for more than half a century since the former colony gained independence from Britain in 1957, but the March results were its worst poll showing in 39 years. BN lost its 2/3 majority in Parliament,while the Pakatan Rakyat,that consists of PKR, PAS and DAP made an impressive berakthrough by winning 82 seats between them.

The disastrous March polls has led to calls from within UMNO for Pat Lah to step down. Read here. Probably,Pat Lah will survive the onslaught from within UMNO and here is why I think Ku Li will fail in his quest for UMNO's top post. 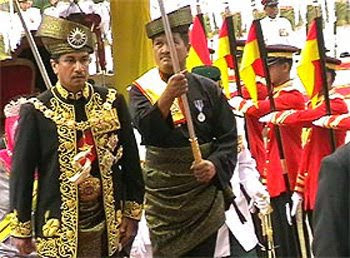 In his opening address at the 12th Parliament,Tuanku Mizan Zainal Abidin expressed his regret over the abuse of subsidies by certain quarters by hoarding essential goods and also smuggling them out of the country to make huge profits for themselves.

The king said the government must continue with plans to fight corruption and adopt measures that will promote transparency and accountability.

"The economic growth which has been enjoyed all the while will not be meaningful if corruption and abuse of power continues to happen," he said. Read here and here.

While the beleaguered PM..... 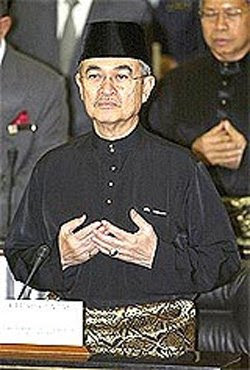 Tuanku Mizan also said that he wanted the government to ensure that its five regional economic development corridors will benefit all the people. This,was because the economic development projects were not confined to specific areas but covered the whole country, and had the potential to create more than 12 million jobs in various sectors. Remember that Mr. PM......

But just barely 3 months after the 12th general election,Pat Lah have already warned orang Tanjung that the 2nd bridge project will be delayed,the PORR and monorail projects will be scrapped due to financial constraints and nothing is clear about the Penang Global City Center. However, Lim Guan Eng has added another twist on the monorail project. Read here.