Is there such a thing call Federal-level JKKK.... 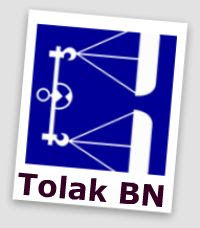 All 4,000 members from the 200 Barisan Nasional-appointed Village Development and Security Committees (JKKK) will quit en bloc and join a new federal-level JKKK.State Barisan deputy liaison committee chairman Datuk Seri Abdul Rashid Abdullah said the new committee would report directly to the federal government.“This new JKKK, which will continue to receive allowances from the federal government, will focus on federal-initiated projects and activities.- The Star

Is there such thing as a federal-level JKKK? They are getting allowances for a job who knows what? Btw is the Federal gomen paying these allowances from their own pocket or are they using the rakyat's money? When they dont know the nature of their jobs how is the Federal gomen going to pay their allowances. Maybe they are paying them for being a loyal party servant or for just staying at home doing nothing.

Recently the former Kedah MB too requested all the BN appointed JKKK members to resign en bloc, and will be reappointed as members of the new Federal-level JKKK and their job is mainly to certify documents etc..etc.

Sometime I just cannot understand why these crazy BN politician in Putrajaya being so obsessed with power,that, though they are no more in power in some of these states, but they still want to boss around. The rakyat has already rejected them and yet they put on a"muka tebal" or better be known as Jenis Kuda Kayu Kontot(JKKK) yang tak malu!!