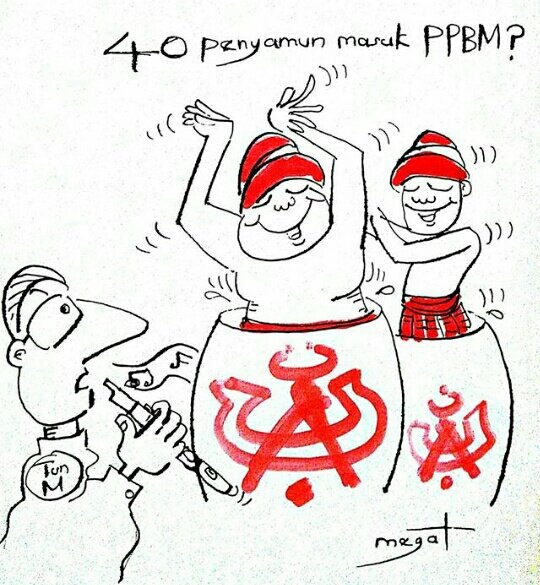 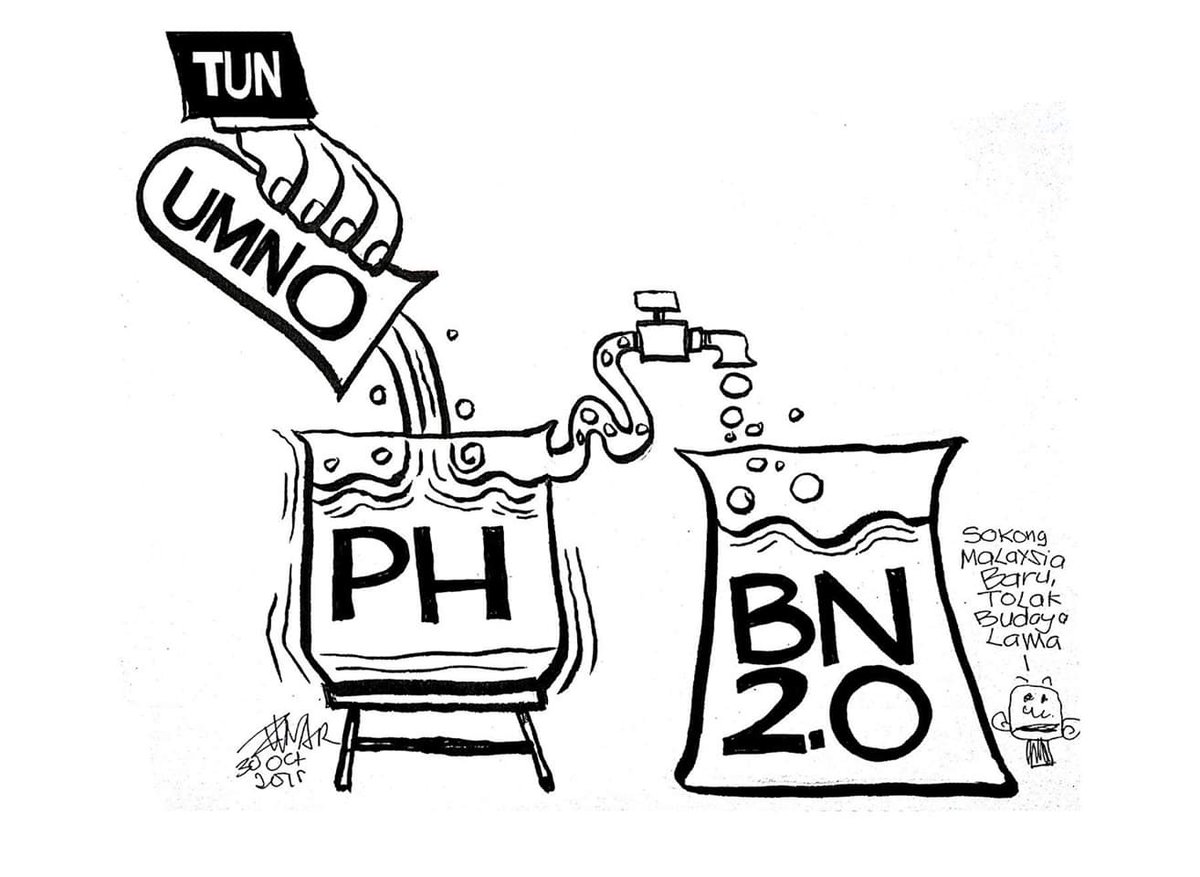 If Dr Mahathir Mohamad does not step down after two years from May as he promised earlier and if Anwar Ibrahim pushes him to do so, and if there is an open battle between them again, does anyone doubt that Mahathir will use Umno MPs to bolster his paltry number of Bersatu MPs?

I know I don’t. That is perhaps the intention to float the notion that some 40 Umno MPs will cross over to Mahathir’s Bersatu following reported discussions between the MPs, Mahathir and Bersatu president Muhyiddin Yassin.

It is a veiled warning to PKR de facto leader Anwar Ibrahim and his supporters to not move too quickly against Mahathir for the former to take over the post of prime minister and an urging to give Mahathir time to give up the top post in his own way.

It is also a reflection that many do not want to Anwar to become prime minister and may be keen to persuade Mahathir to back down on his promise for Anwar to succeed him. What better way to do that than to open Bersatu’s doors to Umno MPs and alter the balance of power within Pakatan Harapan to, in one fell swoop, make Bersatu the largest partner in the ruling coalition.

That will displace PKR as the party with the largest number of MPs, currently 50, with some party hoppers/independents crossing over followed by DAP with 42. Bersatu comes next with a paltry 13, but now currently 14 with Umno stalwart Mustapa Mohamed (below) joining recently, followed by Amanah’s 11. Warisan, which has an informal alliance with Harapan, has nine seats.

If 40 Umno MPs all cross over to Bersatu, its numbers would swell to 54, making it the largest single party not only in Harapan but Malaysia in terms of number of MPs and this will make Mahathir indisputably the strongest leader and well able to dictate terms. Harapan may even get a two-thirds majority to enable constitutional changes, assuming it does not split asunder before that.

However, this is unlikely to happen. Umno leaders have already said that 40 MPs are not crossing over. Even if they are, it will be naive to think all of them will join only Bersatu. Surely Anwar still has enough pull among Umno members to get some of these crossovers.

Fact is, all Umno/BN MPs are tainted. Although many would consider Mustapa to be untainted, the fact is that he was an Umno MP, he was an Umno divisional leader and he did not oppose former prime minister Najib Razak when it was very obvious that Najib was involved neck deep in the 1MDB shenanigans where at least RM30 billion is missing and as much as RM42 billion could have been lost one way or another.

The same goes for every other Umno MP. If you did not oppose Najib, if you did not speak up against him, and if your division received funds from him, then you implicitly supported him including his actions or inactions over 1MDB. Many did more than that - they explicitly supported Najib, expressing this in no uncertain terms despite all the public information which was already available on 1MDB.

Thus, it would be morally and ethically a travesty to accept even one Umno or BN MP by a component party of Harapan or any of its allies because they were all, to a man or woman, complicit in the crimes that Najib committed against the nation.

They had enough information to know what Najib was doing but did not act upon it, offering themselves up for re-election into a government of kleptocrats, instead of opposing Najib and refusing to back the BN in any way and even resigning from it.

Would Mustapa have resigned from Umno if Umno/BN had won the elections? No. Would any other Umno MP or state assemblyman or assemblywoman have? No, absolutely not.

Why would they resign now? Simply because they want to be on the winning side. Also, they are hoping that once they are in Harapan, that would give them immunity against prosecution. Remember, the investigating authorities are not yet independent - the prime minister appointed them. 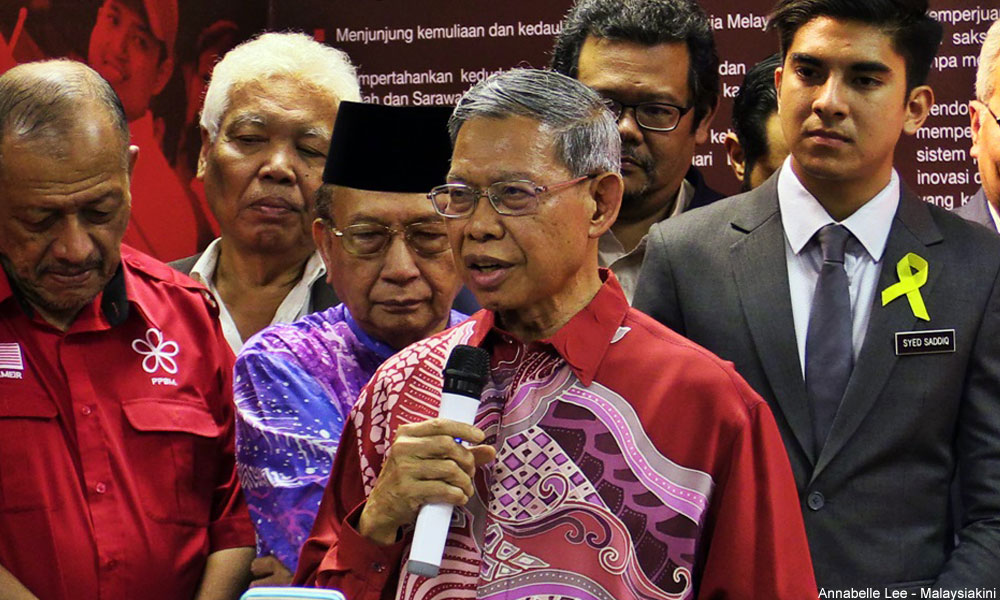 The other reason BN MPs/state assemblypersons should not be accepted is that it will be an outright betrayal of Malaysian voters who strongly registered their protest against Umno/BN across the board. Mahathir himself stated that he wanted to get rid of corrupt Najib, which would imply without a doubt this applied to Najib’s allies too - in the cabinet, in the legislative assemblies and anywhere else.

To do otherwise is to make a mockery of promised reform measures and to return to the old style of corruption and political patronage which may a bit better than kleptocracy - but not all that much because we know that billions can effectively be stolen through overpriced contracts and such.

Leaders, especially Mahathir and Anwar, must realise that the old government was overthrown on the promise of sweeping reforms and eliminating corruption. These promises cannot be thrown out of the window in the name of political expediency. And if they do that, they do so at their own peril for there will be adverse reactions from the people, if not now, then in the future.

The best way forward for Malaysia is to follow the pledged route to the new promised land via the Harapan manifesto where the people will be put first and everything will be done to benefit them and not just a small section of the influential and corrupt public.

For that to happen smoothly, the transition of power to Anwar must proceed without a hitch. The old style buying of power by enticing elected representatives to cross over ala Sabah and Perak must be totally abandoned and forever banished.

As part of reforms, simply put in place unambiguous laws to stop party-hopping once and for all. If you resign from the party under whose banner you stood for your seat, you lose your seat immediately and a by-election will be automatically held. By all means, allow the resigning elected representative to stand as well to see if he can get a new mandate from his constituency.

That will help democracy progress because you were after all elected under a particular party and if you resign you must seek a new mandate from those who elected you. Let’s see how many elected representatives will resign then. - P.Gunasegaram 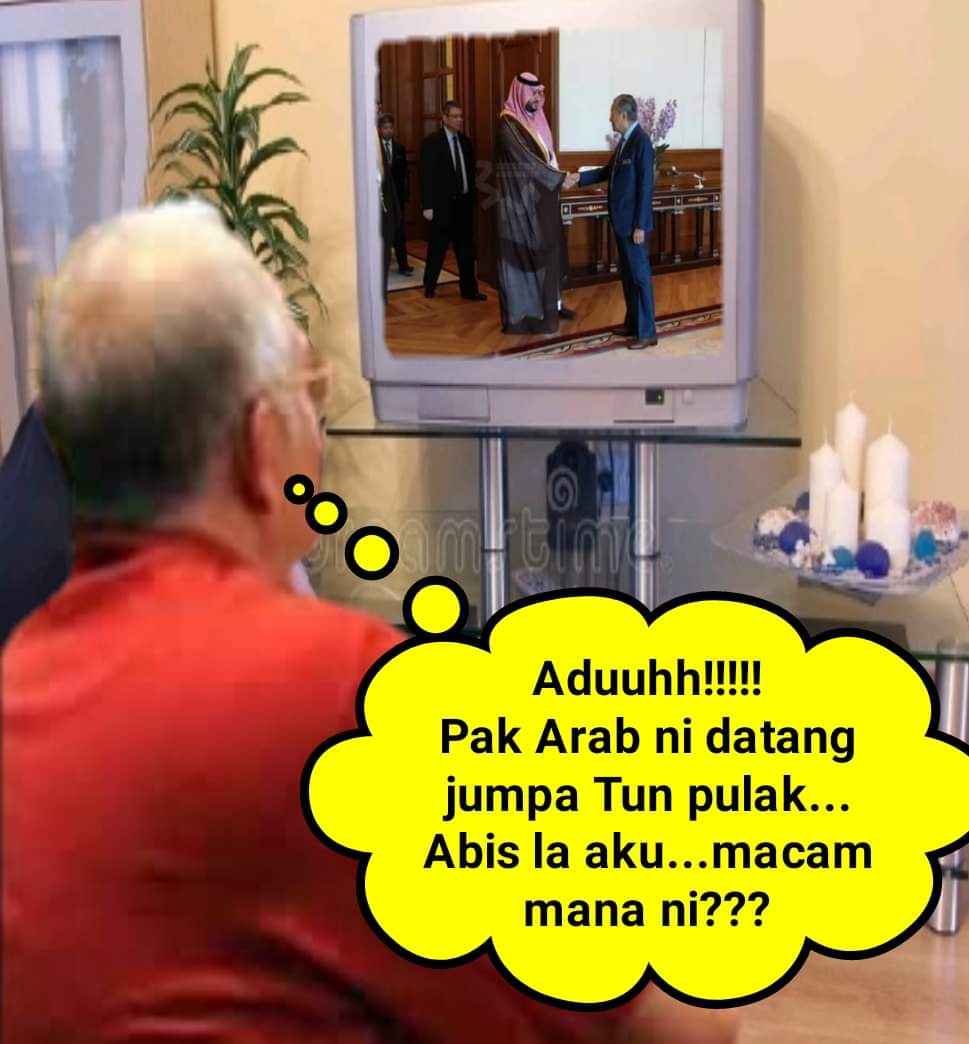 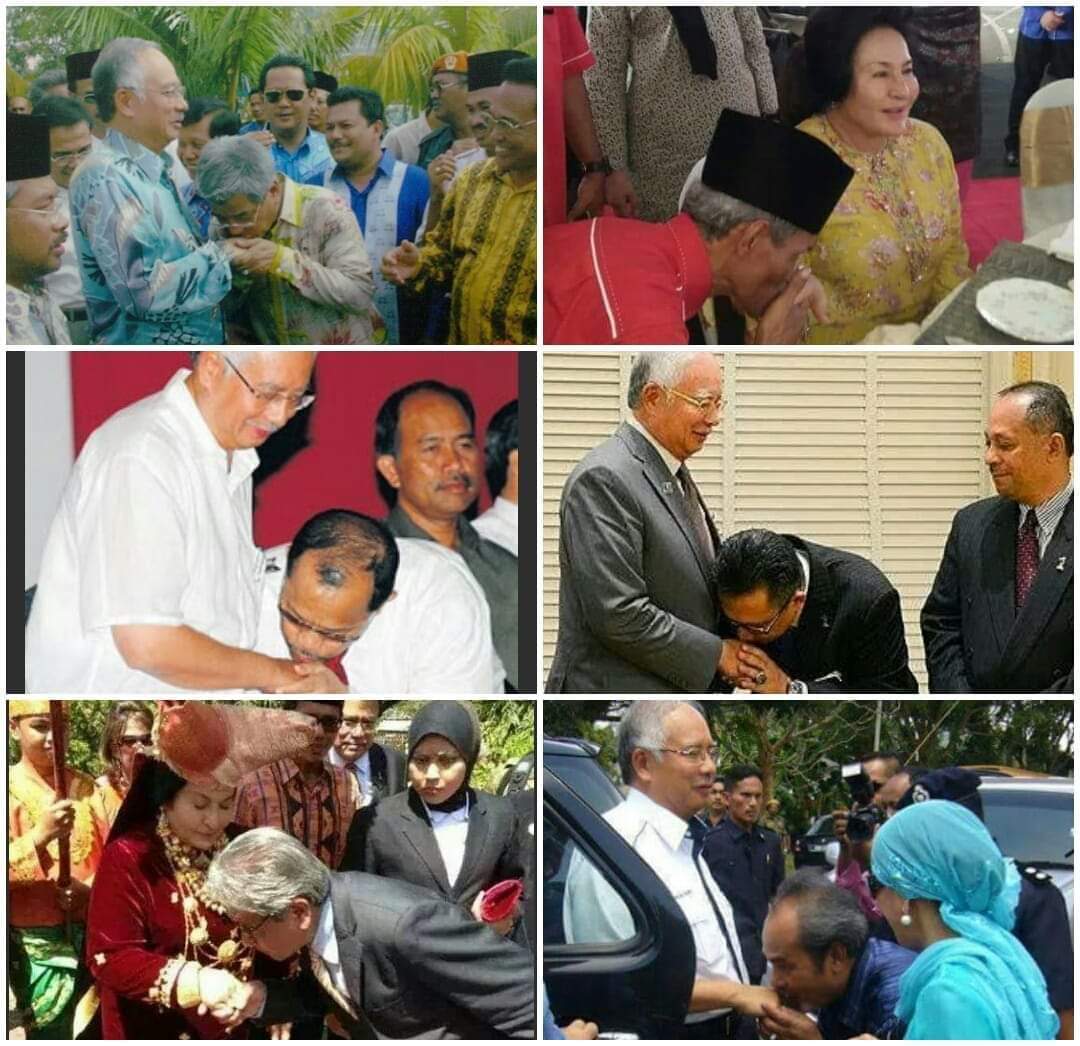 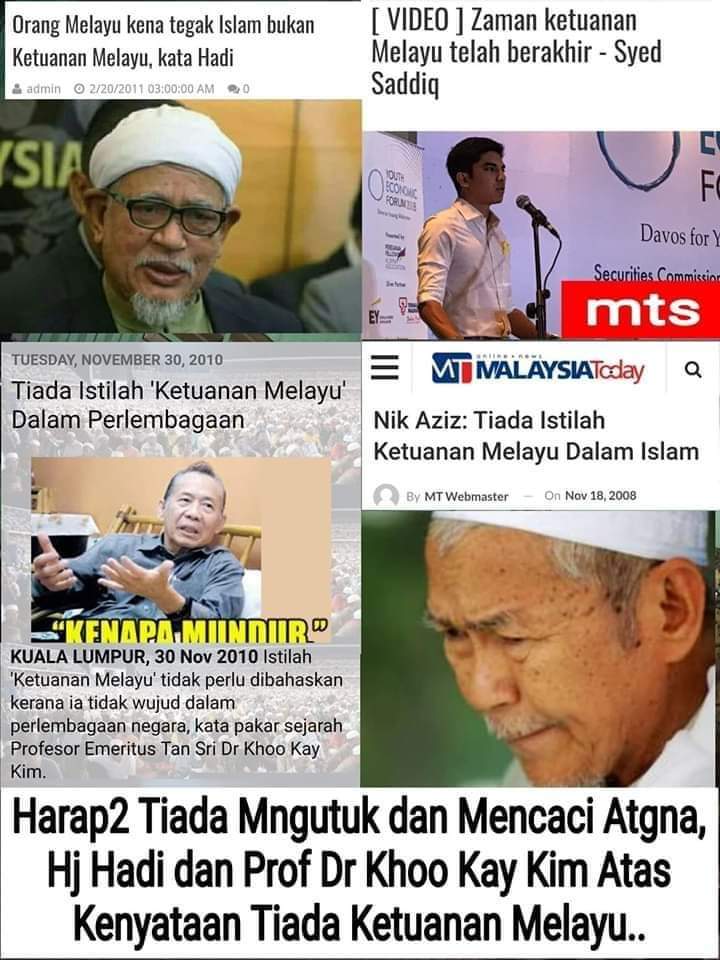