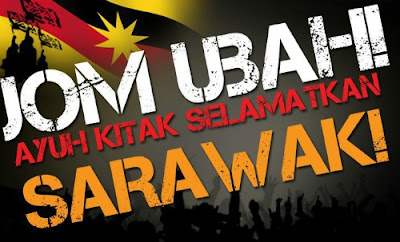 Why Sarawakians must vote for a strong Opposition...

The great majority of analysts are of the opinion that the BN under Adenan Satem will win big. Even the Opposition has conceded that it will be an uphill battle for them to prevent the BN from getting a large majority – perhaps even bigger than in the last elections.

As for me, I agree that the BN will win. However, l am very concerned that if a landslide victory takes place, it will send the wrong message to the government as well as to the country.

The message which will be sent out is that we do not need to punish the successor regime to Chief Minister Taib Mahmud, who is notorious all over the world as a leader who had engaged in large scale corrupt dealings and ruthlessly exploited the natural resources of his state to become one of the richest men in the country.

It is an open secret that the “white hair”, together with his family and other cronies, have raped the forests and depleted the treasury of the state, leaving the majority of the people, especially the indigenous communities and urban poor, impoverished and struggling to survive.

Voters in Sarawak must realise that if they do not take the opportunity at the ballot box to vote for the Opposition on May 7, the rest of the world will assume the following:

1 Sarawakians have forgiven Taib for his over 33 years’ of corruption and abuse of state power which has destroyed the future of hundreds of thousands of families. They think it is perfectly okay for Taib to become a multi-billionaire with most of his money taken out of Kuching and invested in Britian, Canada, the US and other countries. They also believe that his alleged net worth of RM45 billion is simply due to his wise investments from his chief minister’s salary! And the fabulous wealth of his other family members is also due to their hard work and ability.

2 Although this is a state-level election, they are also willing to forgive Prime Minister Najib Razak who is desperate to cling to power, despite all evidence pointing to his involvement in the 1MDB and personal donation scandals. Najib and other federal leaders have been taking an active part in the campaigning. Najib has been making all kinds of promises to Sarawakians, especially the native communities. If BN wins big, Sarawak voters can be seen as putting their full faith and trust in the disgraced PM; and by extension, be also seen as agreeing with Umno’s ketuanan Melayu and ketuanan Islam ideology for the nation. 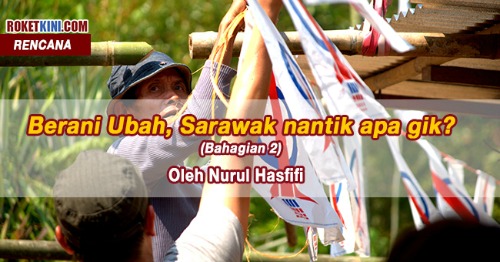 I am especially concerned about what will happen to the Chinese votes in the election. The BN has made it clear that they are going to try to kill off the non-Malay opposition in the urban constituencies. To make sure that this can happen, Adenan is putting up wealthy Chinese candidates of the tycoon class in several constituencies.

Sarawak Chinese need to ask themselves some important questions when they are in the voting booths.

Are these super rich Chinese the right candidates to lead the Chinese? Will they be able to take care of the interests of the Chinese middle class and poor as well as the needs of the non-Chinese communities? Can we expect SUPP and other Chinese party candidates fighting under the BN banner to bring change and reform to the BN government?

Sarawak’s Chinese voters need to be reminded that it is mainly the rich Chinese in the state who are cronies of Taib Mahumd that have benefitted under BN rule. For many years, they closed their eyes to the official discrimination practiced against the Chinese – in education, government employment, business opportunities, culture and religion at state and federal levels.

This was the same pattern as found at the federal level where we had the MCA and Gerakan leaders sitting at the main table with Umno leaders enjoying grand dinners. This has been going on for the past 50 years. At this never-ending dinners for BN leaders and cronies, the occasional crumbs and bones left over from the dinner were thrown to the millions of Malaysians outside.

Today we find these tycoons going around giving out chicken feed ang pows to Chinese schools and associations in Kuching, Sibu, Miri and other towns and claiming that they are fighting to defend the position of the Chinese and to get a better deal from Umno and the federal government.

Come on! Do you think that candidates such as Tiong Thai King, Sim Hui Kian, Hii King Chiong, Pau Chiong Urn and Huang Tiong Hii are interested in anybody’s interests except their own?

Haven’t Sarawak Chinese learnt lessons from mainland Malaysia where the leaders of Chinese parties in Barisan have consistently sold out and ended up with big fortunes and Dato-ship and Tan Sri-ship.

Malaysia – all of Malaysia, including Sarawak – needs the strongest Opposition possible so that we do not end up as a failed state and continue to lose our young people and best human resources to others. Instead of giving the BN an even stronger mandate to loot our economy, undermine our racial and religious harmony and further restrict our constitutional rights and freedoms, Sarawakians, including the Chinese, should stand up against what will basically be a continuation of the Taib regime. There will be a few cosmetic changes here and there.

But that will be it.

Hence the message on May 7 should be that we have had enough of dirty Datos and wealthy YBs. Enough of false promises and abuse of power and resources. And to get the message across and fight the BN power monopoly, we need the strongest Opposition possible. - Aaron Hee,theantdaily 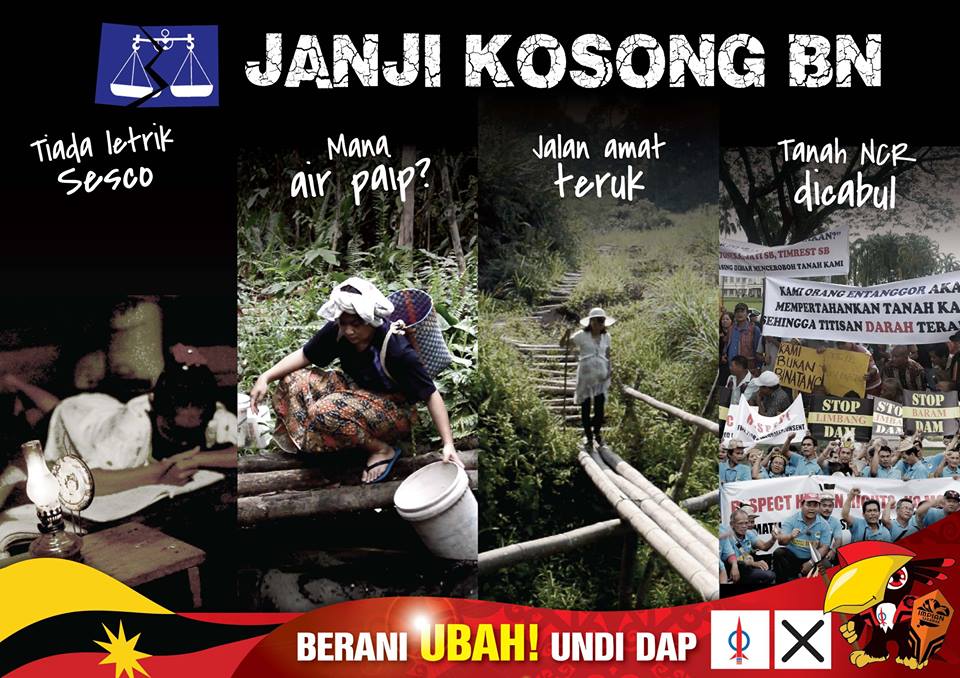