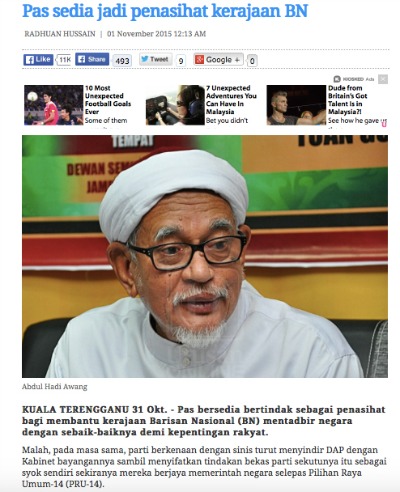 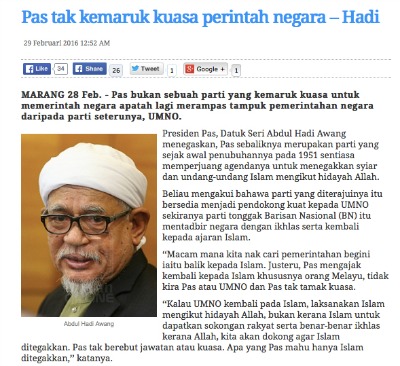 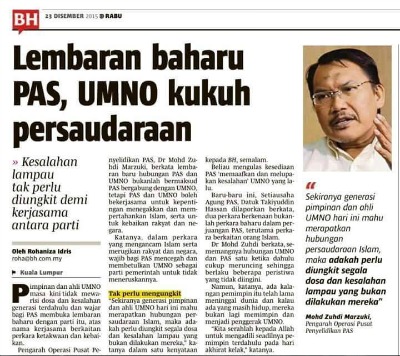 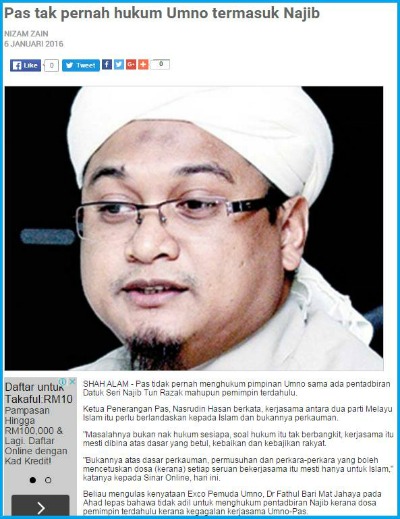 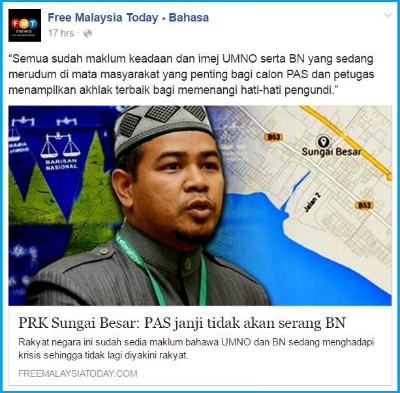 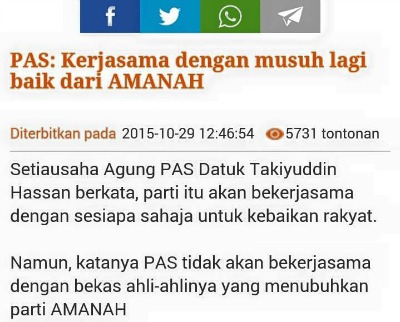 1. Indeed, what is happening to this blessed country has never been anticipated, dreamed or predicted by anyone, whether its citizen or foreigners.

2. When we fought for independence all leaders and people believed that leaders chosen by them will behave and act as nationalists who served, even sacrificed for the sake of country, for the people and for their prosperity. This is why they accepted without question the democratic system, a system that gives citizens the right to choose their government.

3. And as they anticipated, their choice of leaders after leaders did not disappoint them. The nation was properly developed and people enjoy a better life and are more prosperous than before.

4. Prime Ministers did not posed any problems. When the time came for them back down, off they go. Civil unrest to topple the Prime Minister has never happened.

5. Tun Abdullah also stepped down when his performance in the 12th General Election was not so good. He withdrew when it was clear that he no longer had people’s support. Najib also urged him to step down, and Najib replaced him.

6. People felt relieved. This is Malaysia. The transition of leadership at the highest level of power occurred smoothly and orderly. People waited for favours that they will get from the new leadership. They believed that the new is better than the old. If not better then certainly at least equal to his father, Tun Razak.

7. But people aspirations did not come true. Very early it can be observed his remarkable life of luxury compared to the previous Prime Ministers. This is seen especially during the wedding of his child. The focus is not given to the country’s development, to the creation of jobs and business opportunities. On the other hand BRIM was created, giving RM500 to people who are said to be poor.

8. People are disappointed. Far from supporting. Najib’s performance in the 13th General Election declined compared to the Prime Minister that he replaced. But the leaders at the divisional level and especially UMNO’s elected representatives did not seem to understand the lack of public support for Najib.

9. Then came 1MDB. With a capital of one million ringgit the company, founded and headed by Najib, borrowed forty-two thousand times more than capital. Thus started the stories about misconduct by 1MDB. Billions of ringgit were invested without in-depth studies, transferred here and there, disappeared and lost. Questions remained unanswered. Interests obligations are not met. Auditors are dismissed, replaced and dismissed again.

10. Then there is the story of Jho Low who does not hold any position but was full of authority.. If Members of the Board question, Jho Low would telephone Dato Sri Najib and tell the director asked Najib himself. Directors do not ask. Just follow instructions from Jho Low. Those who are not happy withdrew from the Board.

11. Stories about Rosmah also angered the people. Stories spread regarding the purchase of handbags alone costing millions of Ringgit, and also supposedly of many businesses giving free shares to Rosmah through her proxy.

12. All matters regarding 1MDB are sealed, not reported by the press because they are not allowed to, or out of fear or were warned. 1MDB matters were also not allowed to be brought up during UMNO General Meeting.

13. Later in the foreign press, Wall Street Journal, there were reports that Dato Sri Najib has in his personal bank account USD681, equivalent to RM2.6 billion. Everyone was surprised. They asked whether it was true that the Prime Minister of Malaysia have that much money. This is not possible. This is just news from the foreign press who like to criticize Malaysia.

14. Najib denied. He said he would never be so stupid as to deposit that amount of money into his personal account. He said the story is unfounded. He did not have so much money.

15. But in the end Dato Sri Najib admitted that there is a sum of RM2.6 billion in his personal account. Supposedly, a donation from a Prince of Saudi Arabia. Then changed, that it was from the King of Saudi Arabia who had died.

16. But its confirmation by means of a reliable document does not exist. Just a declaration by Najib. The Attorney General was dismissed and the new one appointed claimed that Najib had not misused funds in his account. Apparently this money has been given back to the donor. Once again there are no documents to support this contention. Only a statement by the Attorney General

17. If not guilty, why not file a defamation suit against the Wall Street Journal and Sarawak Report that made the reports on the RM2.6 billion in Najib’s account. The suits can be filed in Britain or the United States if the accused refuses to be tried in Malaysia. But Najib did not file the suit, other than just asking why the reports were made. This means that reports by the Wall Street Journal and Sarawak Report are true and with basis.

18. Now the world knows and believe that Najib has misappropriated a lot of 1MDB’s capital. And the world laughs sarcastically at Malaysia which have become the most corrupt country in the world. And Najib is allegedly the worst Finance Minister in Asia.

19. Heads of UMNO’s divisions and UMNO Members of the House of Representatives could not be so deaf and blind as to not know about Najib’s misconduct. But they continue to support Najib and defend him. Do not they feel any shame knowing their Prime Minister is this rotten, openly humiliated by the world without being rebutted by Najib.

20. But it seems they do not feel ashamed and are more concerned with self-interest rather than the interests and dignity of the country.

21. Everywhere people gather and demanded that Najib be removed from the post of Prime Minister. Members and UMNO leaders do not know that their party will lose if Najib continues to lead the BN and Umno in the 14th General Election. Only the dumb and deaf will not be bothered with the demise of Umno which will surely happened.

22. Umno is a party that defeated the Malayan Union and liberate the country. UMNO also succeeded in developing the country.

24. But today because UMNO defends Najib as Prime Minister although it is clear he was involved in a deplorable scandal, and makes UMNO the worst party in Malaysia, still division leaders and UMNO Members of Parliament conspire with Najib to destroy UMNO. Their children and grandchildren will curse them for this.

25. O UMNO leaders, please remember the future. Your betrayal will be justly commensurated in the world and in the hereafter. - chedet

Story kat SINI dan SINI
This is the correct decision to take against any assemblyman that misuse state funds, and it needs the DAP to do it. Will UMNO take a lesson from this, or will they continue to keep their eye close to the corruption that goes on among party members? You see, when billions of 1MDB money had gone missing, not a single minister (with the exception of sacked Muhyiddin and Shafie Apdal) dared open their mouth to speak out against their boss. So, can we expect them to take action against their members who misuse party funds for instant. I think, instead of taking action against party members, they will be rewarded with money by their filthy rich 'cash is king' boss. And when someone gets a bankruptcy notice, this can also be resolved easily........just a letter to say, withdraw the notice and get some others to settle the hutang. This is the advantage one gets for being an UMNO member. I would also advice other parties from the opposition to take this lesson from the DAP........integrity of members cannot be compromise.- f/bk