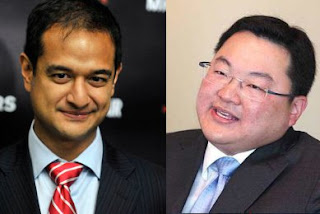 WSJ: FBI zooms in on Riza's purchase of luxury properties 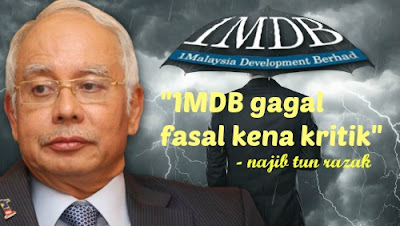 Digging one hole to plug another in 1MDB affair...

The company is involved in a worldwide scandal which is being investigated by federal agencies across a number of countries like the United States of America, Switzerland, United Kingdom, Hong Kong, Seychelles and Singapore.

Singapore has, in fact, prosecuted a few of its bankers suspected of being involved with money-laundering related to 1MDB, while two key figures formerly from International Petroleum Investment Company (IPIC) are currently being investigated.

Investigations are closing in, from what we can see. As the man who conceived the 1MDB, and is involved in its major investment decisions by virtue of Article 117 of the company’s memorandum of association, Najib should blame himself for the failure of 1MDB instead of trying to pass the buck to his critics.

People like Tony Pua, Rafizi Ramli and Dr Mahathir Mohamad were merely asking questions that needed to be asked.

Till now, the missing US$3.5 billion that went into Aabar Investments PJS Ltd in British Virgin Island have not been accounted for yet. Therefore, Najib has no grounds to accuse his critics of disrupting the plan for an initial public offering.

Had 1MDB gone ahead with the public offering, Malaysian investors would be the ones who will be on the losing end. It would be like digging a hole to plug another. In whatever way, the rakyat are the ones having to suffer from Najib’s own doing.

Najib’s failure to deal with the issue right from the beginning - and even till now, despite the widespread worldwide publicity - has not only caught our attention, but the amounts of money that has been channeled into his personal accounts are also huge, making him probably the richest prime minister in the country.

With over US$1 billion that has gone into his personal account, it is not surprising to see cheques being issued in his personal capacity to ‘buy over’ corrupt leaders. We have yet to find out who these people are.

What surprises me is that one such cheque purportedly from Najib’s personal account has appeared recently in Sarawak Report and the alleged recipient, Peter Chin, has yet to explain the money that he received from Najib personally.

Therefore, when Najib tried to blame it on his critics, I find it hard to believe that Umno leaders and cabinet members themselves are willing to buy into his statements and continue to throw their support behind Najib.

It is also alarming to hear the newly-minted Bank Negara governor Muhammad Ibrahim expressing his confidence that the government will clear its debts in relation to 1MDB. This means that 1MDB’s debts will be paid out of the country’s coffers which will then become the people’s burden.

Najib claimed that DAP vice-chairperson Dr Tan Seng Giaw who is also the Public Accounts Committee deputy chairperson, said that Najib did nothing wrong with regard to 1MDB.

On the contrary, Dr Tan had in fact, gone on record to state that he did not defend Najib or cleared him of any wrongdoing. This clearly shows that Najib as a national leader is prepared to be as blatant as he can in his statements.

What we read is that Dr Tan himself had gone on to support urgings for further investigations into state-owned fund 1MDB. The previous report had allegedly been edited by the PAC chairperson himself, and there were still questions left unanswered.- Stephen Ng,mk

Najib, even an IPO can’t save doomed 1MDB

Nak tanya pada IGP dan SB,kenapa tak pantau gerak geri Jho Low dan tapping perbualan beliau, tapi sebaliknya pantau pergerakan TMJ dan perbualan taliponnya? Jelas 1MDB memusnahkan negara, mata wang merudum, rakyat jadi mangsa, najib hanya ketawa besaq...
What does the IGP mean by 'misunderstanding'. Was it because those that did the tapping did not know that the person they were tapping was the TMJ? Now, what about the file on the Johor Sultan and the TMJ that were reportedly opened by the SB, and the close watch on the movements of the TMJ? The act by the SB against the Johor Sultan and the TMJ cannot be a 'misunderstanding'; rather it was deliberately done. The question that one would ask is..."Who gave the SB the orders to tap the phone of the TMJ, monitor his movements and to open a file on the Johor Sultan and the TMJ?". - f/bk 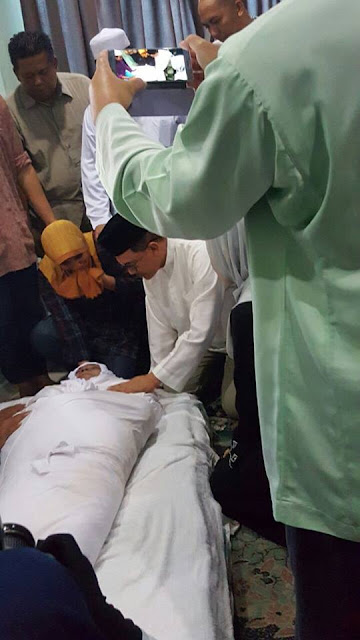