Left out of the limelight: Is Saiful wallowing in self pity...

On the one year anniversary, of former Opposition Leader Anwar Ibrahim's incarceration in Sungei Buloh prison, up pops Saiful like a boil on one's nether regions.

Saiful criticised Anwar's supporters for ignoring his human rights and said, "I was the victim in this case.

"Am I not human, that my rights as a victim are denied by human rights groups?"

The more he cries that he is the victim, the more he looks like a double crosser.

Is Saiful feeling self pity for being left out of the limelight? Is he envious that Human Rights Watch, NGOs, the UN and heads of state around the world, are demanding Anwar's release?

Is Saiful afraid of what might happen to him, if Anwar were to be released? He has probably seen how fate has intervened in the strangest ways, to humiliate once powerful people, such as past leaders, who used to wreak havoc on our lives.

Perhaps, Saiful's controllers have told him to issue various statements, so that the rakyat can be distracted from the many problems plaguing the nation.

Regardless of Saiful's intentions, he has triggered our memories and reminded us of his deceit.

How could a college drop-out have access to the PM and his wife? Not even heads of state have that privilege. Saiful's semen samples thrived in the most unlikely storage places. The samples would have failed any forensic test, but not in Putrajaya. There were other irregularities, but no one will admit any wrongdoing.

Saiful claimed to have been the victim of consensual sex. So why is he still roaming the streets as a free man? Both he and Anwar are Muslims, but they were not tried in a Syariah court. Perhaps, the issue of producing witnesses, will mean that the case will be thrown out.

Feeling sorry for himself, Saiful moaned that "little people" like him, are often ignored, and that others only help those with power, influence and wealth.

How ironical for him to add, "...is this the culture that we want to inculcate?"

The more he opens his mouth, the more he sounds like a spoilt brat, whose moment of infamy has gone, and who is now looking for the next cheap thrill.

Saiful said that Anwar was a criminal prisoner and that his sentencing had nothing to do with democratic oppression. He said, "Stop giving support and funds because these are blatant lies."

Has Saiful forgotten his conflicting statements during the trial and to the police? So who is lying?

The only man who managed to rein in all the discordant parties of DAP, PAS and PKR rots in jail, because we are too weak, too cowardly and too ineffective, to have him released. - Mariam Mokhtar,theantdaily

The 1.5 million Bangladeshis and Zahid's connection...

It is the Employers that is demanding for these 1.5 million Bangladeshis to join the workforce. What he and the government he represents are doing is to respond to the demands of these employers.

This is the mantra that Zahid is intoning day in and day out to us. PTUI!

I'm not making much money, says Zahid's brother.
He says he's gets only a few sen from supplying services to Bangladeshi workers.

Really Zahid? You, your brother and your sahabats and cronies are not making any money from bringing in these 1.5 million Bangladeshi's into the country?

Well if the above whining from your brother is to be believed...he is making only a few sens from this "business opportunity" that YOU have given him!

This bringing in of 1.5 million of Bangladeshis is so wrong at many levels....but damm these wrongs.......the making of money is the only thing that matters!

This following comment from Jason Thiruchelvam says it all.The mere size of the arrival is hair-raising to the discerning public, and fund-raising to the opportunistic administration. - steadyaku 47 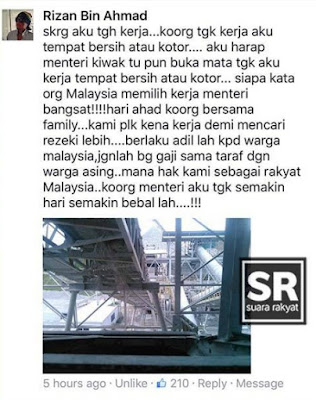 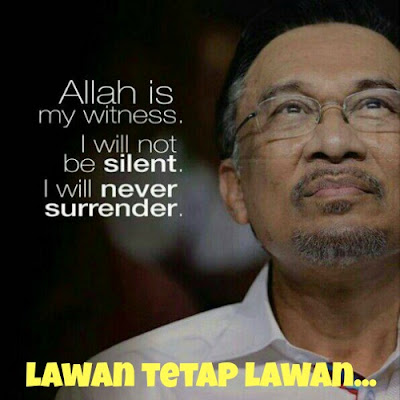