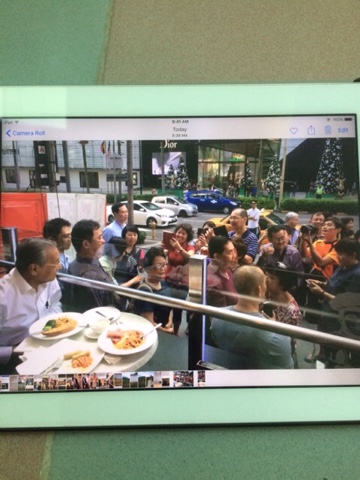 Malaysians Refused To Give Way To VIP – A Sign Of People’s Uprising?...

When do you feel like giving way to another motorist during a busy day? Well, when you’re happy, of course. And when do you think you would be happy on the road? Of course, when you don’t have to worry about paying bills, putting food on the table, rushing for a business appointment and the list goes on.

When Fadzil Khairil wrote on his Facebook about how motorists refused to give way for police outriders of a VIP convoy, which turned out to be escorting Prime Minister’s official car, it immediately went viral on social media. While there’re those who think motorists should make way for the VIP convoy, majority of netizens applause Mr. Fadzil’s naughty stunt.

Apparently, Fadzil was stuck in heavy traffic while on his way for a class at Sri Petaling when some policemen on super-power bikes escorting a VIP approached from behind and signalled for motorists to clear the way. Amusingly, he played dumb at the policemen’s orders until finally, the convoy gave up and had to use an emergency lane to the right of his car.

To Fadzil’s surprise, all the cars in front of him did the same – play dumb and didn’t give way – something which hadn’t happened before, for as long as 30 million Malaysians can remember. One has to remember that Malaysians do not normally display such “rebellious act” because of their public obedience, partly due to the notorious police’s thuggishness and gangsterism.

Hence, for these motorists to stand united and ignored the police’ usual intimidation, as if they were “Rebels” against “Imperial Stormtroopers” escorting the evil “Emperor Palpatine”, is simply refreshing and quite extraordinary. Make no mistake about it – Mr. Fadzil and the other rebellious motorists had absolutely no idea it was the PM Najib’s convoy in the first place.

Hence, for IGP (Inspector-General of Police) to rush in warning the public that they can be punished under the Police Act 1967 for ignoring VIP motorcades can only be interpreted as what Russian President Vladimir Putin said 3-days ago – “Turkish President Erdogan may have decided to lick the Americans in a certain area (private parts) by downing Russian jet”.

Obviously, VIPs such as Prime Minister Najib Razak and even the IGP Khalid Abu Bakar who enjoy police escorts have little understanding as to why those ordinary motorists were united in not giving way for the convoy, for once. As a start, these people were forced to overpay for their car, the second most expensive in the world after Singapore. Continue reading... 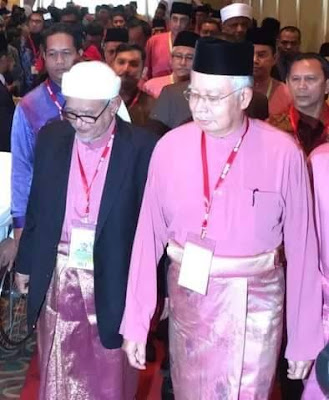 The UMNO–PAS coalition and its impact on all of us...

A coalition between Umno and PAS is very likely to take shape following Prime Minister Najib Razak’s speech at the Umno General Assembly recently, as well as his and Hadi Awang’s (PAS president) joint appearance in pink Baju Melayu at the Regional Conference (Multaqa Serantau) for Al-Azhar graduates yesterday.

The Umno-PAS merger is part of a series of “once-in-a-generation” political earthquakes, aftershocks and realignments in 2015 and beyond.

On the one hand, in the aftermath of the clean sweep of the conservative faction at the PAS Muktamar elections on June 6, the progressives formed Parti Amanah Negara (Amanah) on September 16. Pakatan Rakyat ceased to exist and a new coalition Pakatan Harapan was formed on September 22.

Before the actual split, internal debate within PAS was focused on two issues:

1. Whether Islam was for the well-being of all or merely for Muslims; and
2. Whether to work with a corrupt UMNO or to work with other progressive parties opposing UMNO’s rule.

On the other hand, Najib suffered irreparable loss of credibility as a result of the series of scandals involving a RM2.6 billion donation, 1Malaysia Development Berhad, poor management of the economy and the Goods and Services Tax (GST) fiasco. An Umno led by Najib is a Titanic on the way to doom.

In the course of that journey, Deputy Prime Minister Muhyiddin Yassin was sacked for sticking his neck out to question the integrity of Najib. And the chairs on the deck of the Titanic were reshuffled.

More realignment is expected to happen.

First, despite Najib’s hold on Umno leaders, the same cannot be said about Umno grassroots. For Muhyiddin and others who were sidelined by Najib, it’s the end of the road within Umno but there is a huge space outside Umno as millions of Malaysians, especially Malay voters, are upset with Najib and the party he led over corruption and poor management of the economy.

Second, many in PAS joined PAS because they were opposed to Umno, especially those who joined PAS in the aftermath of Anwar’s sacking in 1998. They won’t be part of a PAS that is aligned to Najib’s Umno when Umno is devoid of any public trust and integrity. To many PAS members, Umno is still lacking in its Islamic credentials. Therefore, there is a likelihood of a second split in PAS.

The only weapon in the arsenal of Najib’s Umno and Hadi’s PAS is their narrowly defined racial and religious sentiments. Everyone else – Muhyiddin’s camp, those among the second exodus of PAS, PKR, Amanah and DAP – would have to build a platform offering hope, unity and a new economic deal.

With the falling ringgit, oil prices, palm oil prices, and endless scandals involving the Prime Minister, the anger on the ground is building up. The Titanic called Umno will soon hit the proverbial iceberg, taking passenger PAS along with it. Even Umno and PAS members realise this potential disaster.

As for MCA’s Liow Tiong Lai and Wee Ka Seong – who are trying hard to make themselves sound relevant – they should know that in the eyes of Malaysians, they are just a bunch of jokers caught in the big wave. Soon, they will be submerged in the waters as they have no clue of what’s going on in the larger scheme of things.

This is not the time to show off political rhetoric. It’s time to face the great challenge of getting Malaysia out of this horrible political quagmire. - Liew Chin Tong,fmt

Nik Aziz is watching from Heaven 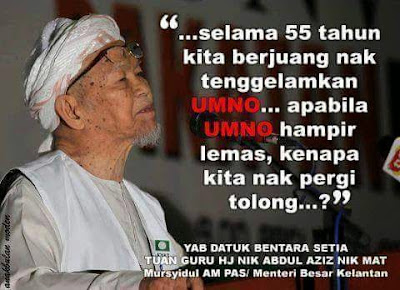 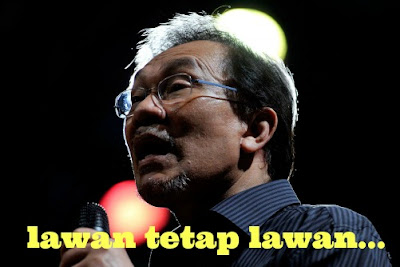