Why Dr.M wants royal commission when Mr.Lingam is scot free....... 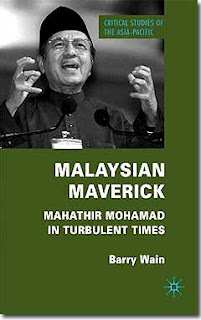 A combative Tun Dr Mahathir Mohamad said today he welcomed Lim Kit Siang’s call for the government to set up a royal commission to probe whether he “burned” RM100 billion on grandiose projects and corruption. The former prime minister added, however, that Datuk Seri Najib Razak’s administration should also ask the same commission to investigate Tun Abdullah Badawi.

“I will cooperate fully with the commission.

“Depending upon the results of the commission I reserve the right to sue Barry Wain, Lim Kit Siang and malaysiakini.com for libel for a sum to be disclosed later,” he wrote on his popular chedet.cc blog today.

Dr Mahathir was referring to the recent publication of the book “Malaysian Maverick: Mahathir Mohamad in Turbulent Times,” written by former Asian Wall Street Journal managing editor Barry Wain. In the book, Dr Mahathir is alleged to have been blamed for “wasting” or “burning up” RM100 billion in his tenure as the fourth prime minister. Malaysiakini.com published excerpts from the book.

Yesterday, the DAP’s Lim urged the Najib government to investigate the allegations.

“I welcome Lim Kit Siang’s proposal for Najib to set up a royal commission on whether I burned RM100 billion...during my 22-year reign,” said Dr Mahathir.

Such a commission, he said, should not be made up of government nominees, but should instead have as members “impeccable people including foreigners and members of Transparency International.”

He said the probe’s terms of reference should also include how RM270 billion of Petronas money, paid during Abdullah’s five-year term, was spent.

“It should include how much money was lost due to the cancellation of the crooked bridge and the Johore Baru to Padang Besar railway.”

He cited other projects during the Abdullah era which he said should be investigated. They include the cost over-runs in the construction of the Bakun Hydroelectric project, and also the financing of the second Penang Bridge and the procedure followed when giving out the contract.

“I also agree with Lim Kit Siang that the investigation would reflect Najib’s commitment to ‘combating corruption’. 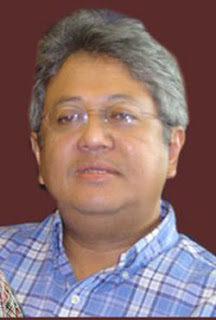 Can the good people of this country stop asking for the appointment of Royal Commissions to investigate abuse and wrongdoings by high public officials? It’s just a waste of time. And tax-payers money. No investigation will be done regardless of how damning and strong the recommendations of the Royal Commission will be.

Just look back to the VK Lingam Video Scandal. The findings of the Royal Commission was unanimous clear and categorical.But surprise, surprise. Nothing happened.

Now I understand why even Tun Dr Mahathir Mohamad is “so brave” in now asking for the setting up of the Royal Commission to investigate whether RM100 billion was lost under his regime. He knows that no such Commission will be set up and even if there is one is he knows the findings will just be stashed in some corner.

And by putting a condition that the same Commission also investigate Pak Lah’s handling of various projects, he is making sure that his challenge will never be acted upon or taken seriously.

As long as BN is in Putrajaya you can just forget about any investigation regardless how damning it can be, coz eventually AG will say "tak cukup bukti".