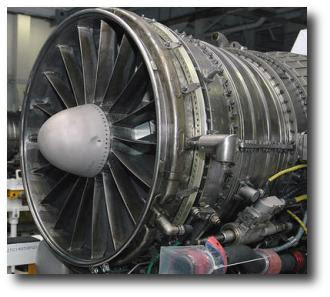 A probe is continuing into how a RM50million fighter jet engine belonging to the Royal Malaysian Air Force went missing from the Sungei Besi base in 2007when the current Prime Minister Najib Abdul Razak was Defence Minister.

The engine was sold to an international company based in South Africa. Also found missing were maintenance and other service records of the jet.

It was reported that the General Electric J85-21A afterburner turbojet engine, which served as a power plant for the single-seater F-5E Tiger 11 and RF-5E Tigereye, went missing late last year during a routine maintenance service check.

Yesterday, Defence Minister Ahmad Zahid Hamidi blamed the well-planned theft and sale of the engine on a group of low-ranking officers working in cahoots with civilians. Saying that Najib was being kept updated on the progress of the probe as he was in charge of defence at that time, Zahid said the thieves had sold the engine to the South Africa firm, which was believed to have hired an agent to bring it out of the country.

He said the international company was interested in buying the engine because it was cheap as it was categorised as a faulty spare part and was to be repaired.

“The ministry will take legal action at the international level to go after the company involved and action will be taken against the RMAF personnel involved in betraying the country,” he said after launching an environmental programme.

Zahid said that all the documents pertaining to the sale of the engine were in the hands of the police.

He said his ministry was waiting for the police to complete investigations before taking further action. He also urged the RMAF to have a better inventory system.

MALU!! We trusted the forces to defend our country and see what these idiots did. They sold our jet engines to the foreigners. Yet they got the balls to say Anwar is an American agent. Luckily, our defence minister didnt lose his balls to the africans too.......

Court martial those generals involved and the defence minister should take responsibility and resign, but, in Najib's 1Malaysia.....semuanya ok!!!

We put these pengkhianat into power and come next GE do we still want them.......