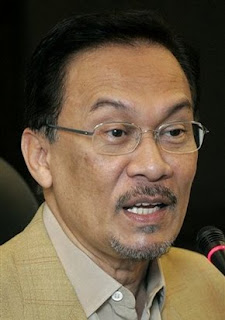 Will Anwar be ambushed by trial? by Deborah Loh

Datuk Seri Anwar Ibrahim has failed in his bid, at the Court of Appeal, to obtain evidence from the public prosecutor about his alleged act of sodomy with a young former aide. Layperson reactions have naturally been cynical, dismissing the judgment as political in nature.

Indeed, the Court of Appeal's interpretation of Section 51A of the Criminal Procedure Code (CPC), by which it made its judgment, is worrisome from a justice perspective. The judgment nullifies the efforts of the parliamentary select committee which proposed the CPC amendments in 2006 requiring pre-trial disclosure by the prosecution to the defence. The legislature's intention was to "prevent trial by ambush" but the Court of Appeal's judgment in Anwar's sodomy case seems to overturn that principle.

But is Section 51A as clear cut as it is meant to be? And is splitting hairs over its meaning scuppering Anwar's chances for a fair trial?

Section 51A . Delivery of certain documents

1. The prosecution shall before the commencement of the trial deliver to the accused the following documents:

1. A copy of the information made under section 107 relating to the commission of the offence to which the accused is charged, if any;
2. A copy of any document which would be tendered as part of the evidence for the prosecution; and
3. A written statement of facts favourable to the defence of the accused signed under the hand of the Public Prosecutor or any person conducting the prosecution.

The meaning of the words "shall" and "any document" is clear, says member of the Bar Council's criminal law committee, Datuk Baljit Singh Sidhu, who is also the author of Criminal Litigation Process.

"The intention of 51A is to put both parties in a trial on equal footing in the interest of justice. That was parliament's intent. The word 'shall' should be taken to mean 'must'.

"If the court does not interpret 'shall' as being mandatory, then there is no point to the amendment," Baljit, who is also Gerakan Federal Territory legal adviser, tells The Nut Graph.

"Any document" should also be taken to mean any type of evidence, Baljit adds. It is all the more important when it involves evidence like DNA, for which scientific expertise and time are required if defence lawyers are to analyse it.

However, the Court of Appeal in Anwar's sodomy case decided there were "limits" as to the kind of evidence the prosecution could be asked to produce before a trial. Hence, it overturned the High Court's decision ordering the prosecution to hand over evidence, which included video footage, medical reports, doctors' notes, and witness statements of alleged victim Mohd Saiful Bukhari Azlan, and others. The bench, in rejecting Anwar's cross-appeal for DNA specimens held by the prosecution, also said that the evidence requested did not fall under the category of evidence in 51A.

"The amendment [to the CPC] is as good as non-existent," SN Nair, one of Anwar's lawyers, tells The Nut Graph.

The Court of Appeal's written judgment is not out yet, so Anwar's lawyers are still unclear about the basis of the ruling although they have filed two notices of appeal at the Federal Court Registry.

But it does appear that the court reverted to the law prior to the introduction of 51A on the basis of the prosecution's arguments. "The prosecution went back to pre-amendment law arguing that they had the discretion as to what evidence to give and to decide which facts were favourable to the accused," Nair says in a phone interview.

"In witnesses' statements, there could be evidence that potentially saves the accused. Sharing of these facts means the defence gets to decide what is favourable in the interest of fair trial," Nair says.

The High Court granted access to these statements to Anwar's defence team but it was revoked by the appellate court. Some prosecutors also argue that 51A is a "procedural" amendment and not a matter of law, says criminal lawyer Richard Wee.

"While by and large the courts mostly do tell off the prosecution, there are some who buy that argument. They take the view that if a prosecutor fails to adhere to 51A, it's merely a procedural error," Wee says in a phone interview.

Such an interpretation means the prosecution's case can avoid an inconclusive end. If the court were to view 51A as a law rather than procedure, cases could end up much like how blogger Raja Petra Kamarudin was discharged but not acquitted for sedition, simply because police could not find him.

"Similarly," says Wee, "if evidence is not provided by the prosecution under 51A, the defence should be accorded the right to seek for a discharge not amounting to acquittal." 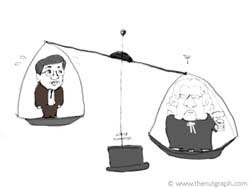 The repercussions of procedural rather than legalistic interpretation of the law are alarming. Besides placing prosecution and defence on unequal footing, does it also mean law enforcement need not keep to high standards to ensure thorough and fair investigative work?

Shoddy police work is unfortunately a reality, but that's where the law could have been drafted more precisely to plug the gaps. Wee feels that 51A was not drafted specifically enough to take into account the "practical realities of what happens in court".

Some realities include: The prosecution denies before trial to having found any facts favourable to the accused. Or they may produce other evidence in mid-trial instead of evidence disclosed pre-trial. They may argue that new evidence is required in response to the defence's arguments.

Wee feels the wording about making available documents "which would be tendered as part of evidence" limits the kind of evidence that can be requested for and gives room to the prosecution to wiggle out of it.

"It would have been better to say 'any documents related' to the trial, which would be specific but in a wider sense, covers all other evidence that could be raised during trial," he says.

Yet, the fact is, there are judges who uphold 51A and ensure it is adhered to, notes Baljit.

"Having case management before trial for evidence to be given to the defence is normal practice and courts will set a date for mention to ensure that all this is complied with," he says.

So if other courts are upholding the law, what else are people to make of how Anwar's appeal was handled other than to think that the judiciary is not free from political interference?

What can we expect when the Polis,AG's dept. and the apex courts works in tandem with the power crazy UMNO/BN leaders.

Will UMNO/BN ever learn their lesson? 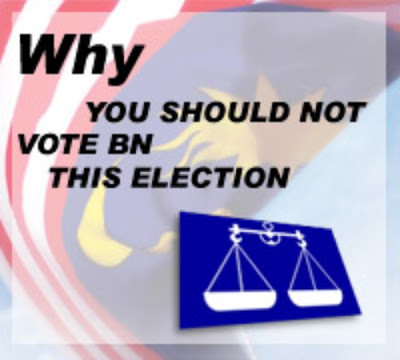