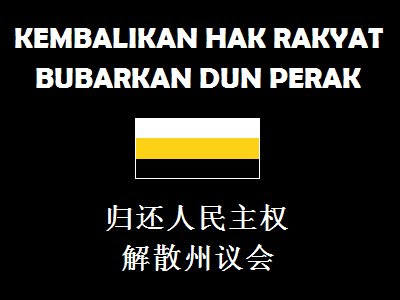 Barisan Nasional would fare better than the last general election if the 13th general election is held today, according to Merdeka Centre director Ibrahim Suffian.He said BN may also regain its two-thirds in the 222-seat lower house of Parliament, with rival block Pakatan Rakyat winning about 50 to 60 seats.Currently BN has 137 parliamentary seats compared with Pakatan's 82 seats. Three more seats are held by independent MPs.

He said the approval rating for Barisan Nasional coalition government saw a sharp upward trend among the Indians perhaps because the community had developed a feel good factor towards Najib.Approval rating for the BN among Malays, said Ibrahim had also shot up from 53 percent on polling day in March 2008 to 57 percent now. However, he said the Chinese community approval rating to BN had remained unchanged at 35 to 40 percent for the past 20 months.

Well if the survey really reflect the mood of the rakyat towards the ruling party, I would suggest sdr.Ibrahim Suffian and his team to advise Najib to test their popularity in Perak.