Read this interesting piece by Fathol Zaman Bukhari in the Ipoh Echo.......

HOW ONE CAN WE BE? 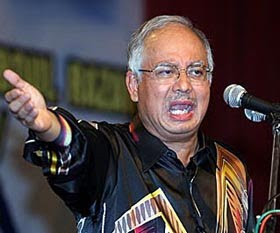 Racial polarisation is so entrenched in our society. It’s difficult to bridge the gap despite vocalising 1Malaysia to the fullest..

The essence of 1Malaysia, as far as my simple mind comprehends, is about going back to basics. That is, thinking, acting and behaving as one entity - the Malaysian entity. In other words, we must think, act and behave as one, not two, not three, not four but one. But how one can we be when old habits persist despite the hype surrounding Prime Minister Najib’s clarion call for solidarity through his effusive sloganeering of “1Malaysia. People First. Performance Now.”

The Prime Minister addressed a full-capacity Stadium Perak on Sunday, October 18 broaching the subject of solidarity to an eager crowd who applauded his vision of 1Malaysia. His insistence that volunteerism be the basis for such show of support and enthusiasm would come to naught if the truth is told. Ipohites and Perakeans, for that matter, are a little reluctant when volunteering is required of them unless some form of reward is given - gratis, of course. This is the nature of things. There is definitely no free lunch. You pay I come you no pay I don’t come. That is the bottom line. 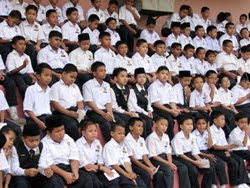 So how could a stadium with a seating capacity of 40,000 be filled to the brim? Easy, just rent a crowd. Renting a crowd is not difficult so long as the asking price is acceptable to both the giver and the takers. So who is the giver and who are the takers? Of course the giver (or givers) is someone with the financial clout to provide the dough that is required. And the takers? You and me who are hard-up for cash to spend. The amount may vary from person to person. But how much can one expect to be a spectator? RM10 is tempting enough for a cash-strap teenager to have a little fun in town. Obviously, you can’t be persuaded to drive or come on your own with just RM10. So, free transport must be arranged or petrol provided, gratis. How many buses, van, cars and motorbikes are needed to ferry 40,000 people to Stadium Perak? Not all, however, require transport. Only those in the outlaying areas of the city need it. Say, 15,000 require transport. So how many buses have to be requisitioned?

If one bus could take 40, a fleet of 375 buses (or lesser if the drivers make repeated trips) is needed for the whole exercise. If it costs RM1000 to hire one bus for a day the total sum the giver needs to fork out is RM375,000. That is for buses. What about vans, cars and motorbikes? The cost for transport alone may come to about RM500,000. Now add the RM10 to RM20 given as pocket and petrol money. You can now imagine the amount the giver had expended to rent a crowd on that fateful Sunday evening in October.

Money they say, is the root of all evil and it is money that got the standing crowd at Ipoh’s premier football stadium that October night. A conservative estimate, according to a source, placed the figure at well over RM1 million (including the “extras”). Yes, you need that much money to fulfill the Prime Minister’s desire to speak on 1Malaysia. What happened to volunteerism and patriotism? They simply vanished in thin air.

Allocation of responsibilities was done with military precision. One government agency was tasked to requisite buses, another to spruce up the stadium, another the glitzy parade and dance routines and another, publicity. One senior officer was given the enviable job of disbursing RM600,000 to the district officers to be given as pocket money to those attending the rally. Services of intermediaries are essential to organise this sell-out crowd. Nothing was left to chances. The show was stage-managed right to the end.

On the morning of the mammoth rally, an exhibition of local crafts, food stuffs and wares, based on the concept of 1Malaysia, was held at Stadium Indra Mulia. Almost all of the booths were taken up by Malay traders. What happened to the Chinese, Indians and Orang Asli? What happened to the many “multis” that was expounded by our political leaders? What happened to the spirits of oneness, of solidarity and of patriotism? Looks like the only thing that comes in various hues and shapes is the bunting and banners that adorned the stadium walls. The motley crowd that attended the opening ceremony consisted mainly of students and civil servants. You can guess what prompted them to be there in the first place. 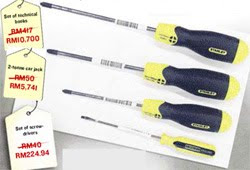 Racial polarisation is so entrenched in our society. It is difficult to bridge the gap despite vocalising 1Malaysia to the fullest. Political pundits say that the young would show the way. I beg to differ. Our youngsters today haven’t the ability to comprehend the type of unity in diversity of the old ways. For that I mourn.

The Auditor-General’s Report 2008 had revealed the blatant financial mismanagement by states and federal agencies. Perak is no exception. I just wonder what will his report be on the state next year?

Will the miscreants be taken to task? I need not answer that. The charade, meanwhile, continues uninterrupted.