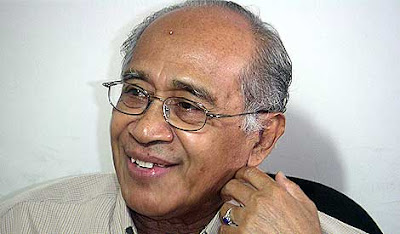 The Selangor state assembly today nominated PKR deputy president Syed Husin Ali, 73, to the Senate as a representative from the state. Syed Husin's choice was approved by the elected representatives through block voting, in which 32 agreed, three abstained and 20 absent.

In 1990, he was asked to resign his post as Professor of Anthropology and Sociology at the University of Malaya because he contravened the law which prohibited him as a university staff member from participating in active politics.

Earlier, he was detained without trial for six years (1974 - 1980) under the ISA. He has written a number of books and articles on the peasantry, ethnic relations and development.

You can read more on Syed Husin Ali's biograhpy here.

Dr Syed Husin Ali, has always been consistent with his stand in politics here is one of those rare interview with Aliran Monthly when he was PRM president.

I dont know much about this guy Syed Husin Ali. But what people use to tell me he is a socialist and still a socialist.