Who is the real thief - the Kampung Buah Pala squatters or the developer Nusmetro Ventures? 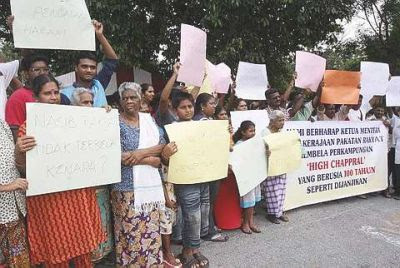 The Kampung Buah Pala fiasco has been the talk of the town. The blaming game has worsened. I would like to share the following email posted to my mailbox by naragan n..........

The Star today 2nd July 2009 reported the Developer NUSMETRO VENTURES who is trying to develop the land on which Kampong Buah Pala sits as saying that the people of Kampong Buah Pala are squatters. I will give you some history and you judge, whether they are squatters or the developer a glorified thief. These people have been living on that land for over 150 years in exactly the same spot, from the time the owners the British Brown Family were actively operating an estate in which all these people’s forefathers were workers.

Then when the last of the Browns decided to go back to Britain They awarded the land to the workers of the estate and made the then Straits settlement the trustee of the land over which sat Kampong Buah Pala.. By this act they made the government of the day the trustee for the land. The trust owned the land. By and by after the Britishers left, the Malaysian Federal government took over from the Straits settlement and became the trustee. That remained so until, somewhere along the way someone in the state (this is not very clear to me yet) came along and made it into a TOL land – the owners of the land were made temporary occupiers of their own land by an act of treachery. This often happens to the poor and the weak.

Then surreptitiously, sometime in 2005, the Penang State government who was not the owner of the land anyway as the trustee was the Federal Government, sold the land to a Koperasi of the Pegawai Kerajaan Pulau Pinang – a Koperasi very closed linked to the UMNO bigwigs of the day for a paltry sum of a little over 3 million. (Lim Guan Eng is now saying he will have to pay 150 million ringgits to get the land back – so you can see what a swindle this is). This Koperasi got into a joint venture agreement with Nusmetro a property developer who is threatening the demolition.

The Penang State Government bigwigs of the last administration in other words, those who had jurisdiction over land matters then, sold it to themselves (left pocket to right pocket) for a paltry some, a land that was by the process of history owned by the villagers and held in trust by the Federal governement and then now turn around call the true owners (the poor cattle herder residents) squatters.

I ask you now, are the residents of Kampong Buah Pala squatters or is the developer Nusmetro Ventures a thief?

If you want to find out more visit Kampung Buah Pala yourself and talk to the residents there . Or even talk to Lim Kit Siang, Lim Guan Eng, Karpal Singh…talk to any one of these people who now have the authority to see truth prevail and justice done. 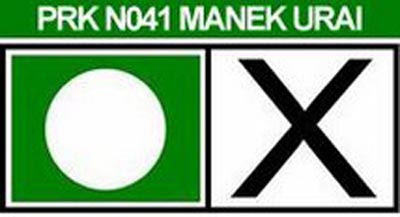