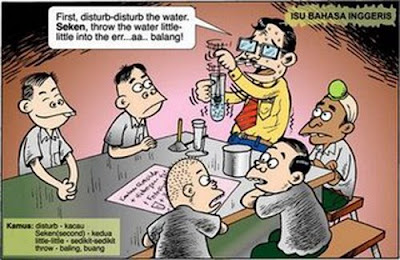 Muhyiddin, who is also the Education Minister, said the cabinet today approved the suggestion by the ministry to empower the Malay language and strengthen the teaching and learning of the English language at all levels of schooling.

He said the precentage of students who scored grades A, B, and C for the science subject in the UPSR last year had dropped from 85.1% to 82.5% for the urban schools and from 83.2% to 79.7% for rural schools.

Muhyiddin said the Trends in Mathematics and Science Study 2007 also stated that the position of Malaysian students in the science subject had deteriorated from the 20th spot in 2003 to the 21st spot in 2007.

He said studies by local universities revealed that the level of improvement in the command of the English language by students was nominal, that is, not more than 3% throughout the implementation of the teaching and learning of science and mathematics in English.

"The command of the English language among students, particularly in the rural areas, was still low making it difficult for them to understand the teaching of mathematics and science in English," Muhyiddin said. 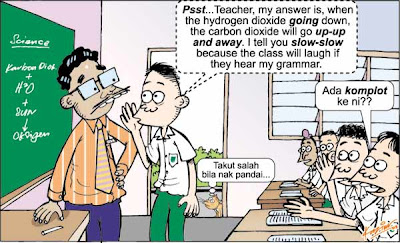 According to Mahathir, the government has made a hasty decision. In a posting on his blog, he revealed that Deputy Prime Minister Muhyiddin Yassin - who also oversees the education portfolio - had met him to provide a briefing on what the government "had already decided to do."

"Although my views were sought, they are not reflected in the decision," he said.

At a press conference in Putrajaya later, the former premier said although there is a lack of qualified teachers to teach the two subjects in English, this can be overcome with time and proper funding.

"The responsibility of the government is to train teachers. It cannot be done overnight.... We must be up to the challenge. I'm confident that our teachers can learn," he said. 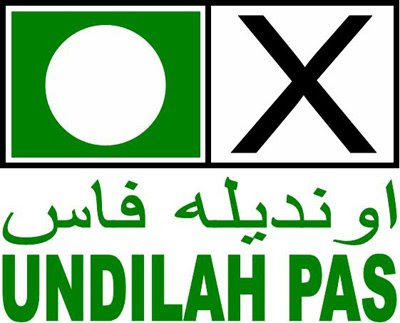 Rumours has it,that is enjoying a durian party with top UMNO leaders in KL.........