Either Lim Guan Eng or Waytha Moorthy(Hindraf) is a blatant liar.... 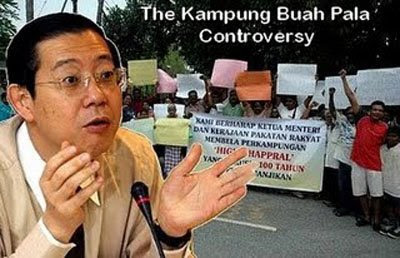 I believe Waytha Moorthy should stop his nonsense. It's a case of the pot calling the kettle black. He has yet to come clean on his own actions.

On what authority is he issuing statements as Hindraf chairman? Does the original Hindraf exist? When and who elected him as Hindraf chairman or as the spokesman for the Indian community? Did he read the Sunday Star? The article clearly traces Hindraf's origin and how he was appointed its chairman. It also provided photographic evidence. But he has been behaving as if Hindraf is his family property. How come? 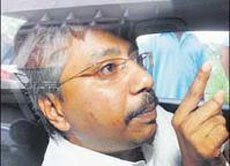 He and his brother promised the poor Indians that they stand a 50:50 chance of winning the class action suit againt the British government? What has happened to the case?

Promising there is a good chance of winning the case, both of them collected funds from these poor people throughout the country. It is estimated that the total amount collected is RM8 million, which is now being held by his family members. How much was actually collected? Were are the accounts?

Have the villagers really been living there continously for 200 years? Where is the evidence? I visited the village and learnt that the families have been living there for 30 to 40 years. They are not the decendents of the original indentured laboures who were brought by the Brown family to work in the plantations 200 years ago.

Just to refresh on Malaysian Indian history, up to the 1910s only indentured labourers, mostly men, were brought to work in plantations. They never settled here because they either died due to dieseases or were sent back to India when they were too weak to continue working.

There is no evidence that it is a traditional Indian village. Where is the temple? Where is the Tamil school? Where are the bullock carts. The fake bullock cart the MIC goons used to demonstrate in Penang was only made a few weeks ago. The houses in the village resemble the ones in the Sungai Way new village.

But I agree the current residents were the rightful owners of the land and they have been unjustly classifed as squatters. They deserve a just compensation and should be resettle properly.

I can go on...suffice to say Waytha Moorthy and his brother are the biggest OPPORTUNISTS and pretenders. It's a matter of time before they are exposed for what they truly represent. 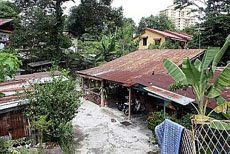 Hindraf is another running dog of BN/UNMO

You are the dog Manickam Nadeson.