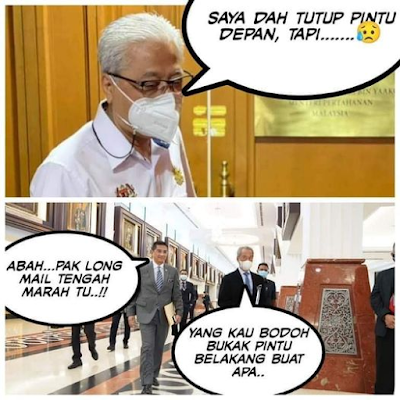 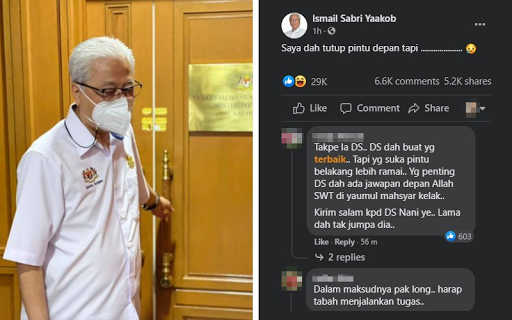 Speculation is rife about the future of Senior Minister (Security) Datuk Seri Ismail Sabri Yaakob in Tan Sri Muhyiddin Yassin’s Cabinet, following a cryptic Facebook post this evening. In that post, Ismail Sabri uploaded an image of himself exiting his office at the Defence Ministry.Who is next?...vibe 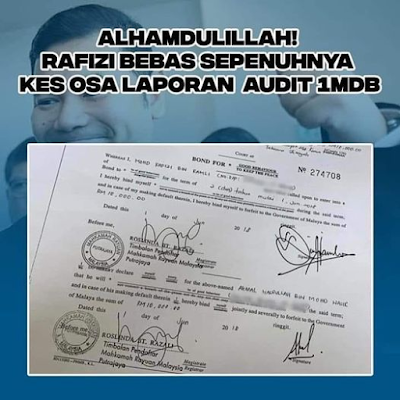 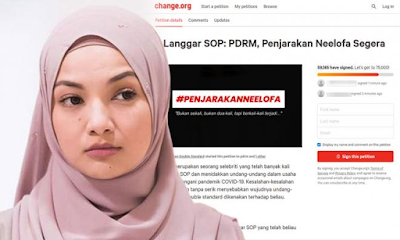 There were 200,000 Neelofas? Really?...
A whopping 200,000 people got through police roadblocks to balik kampung during Hari Raya. This was the shocking revelation by Defence Minister Ismail Sabri Yaakob on May 30. He said they cited fake “emergencies” to get police permission letters or misused work permission letters to slip back to their hometowns.
In other words, there were 200,000 Neelofas. How could this happen? Didn’t the police realise something was fishy when so many people were suddenly claiming that their mothers, fathers, grandmas, grandpas, aunties, uncles, or whoever had fallen “sick” and required “urgent visits” from their relatives - during, oh what a coincidence, Hari Raya!
Were the police, who hear criminals giving a thousand excuses, so naive to believe all these sob stories? What about those “work permission letters”? Were the police not curious why people suddenly needed to do “work” in their hometowns? During Hari Raya when everything is shut down?
What Ismail Sabri is saying is that the police were either very negligent or stupid to allow themselves to be duped by the simplest tricks. But why would he admit that the already very unpopular government had failed - again - in its job?
Diversion tactic? Or, is there another side to this story? Is Ismail Sabri trying to divert people’s anger from the incompetent backdoor government to… the people? If this is the ploy, then it seems to have worked, as the hashtag #rakyatgagal (people have failed) has been trending, deflecting attention away from the hot hashtag #kerajaangagal (government has failed). 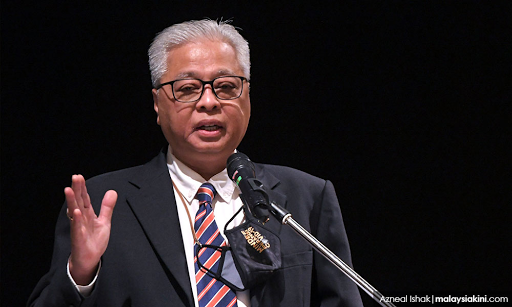 To lend weight to this conspiracy theory, on May 31, Bersatu information secretary Hishamuddin Abdul Karim said, “Actually, the government has not failed to break the chain of Covid-19 infections, but it is the attitude of certain members of the public who disobey MCO and SOP. Because of this attitude, Covid-19 cases have increased exponentially in just two weeks, because of some who don’t discipline themselves.”
Yes, there we have it, in black and white. A Bersatu party official directly blames the people for the worsening Covid crisis, rather than the flip-flop rules of their MCO or “Most Confusing Orders”. The 3Ds - distract, divert, and deflect - are tried and tested tactics in Malaysia. We all know how certain politicians use race and religion to distract people from the “real issues” - their corruption and abuses of power.
In April, opposition leader Anwar Ibrahim claimed that the leaked audio clip of him allegedly talking to Ahmad Zahid Hamidi was being used to divert attention from more important issues, namely the suspension of Parliament, corruption, bad policies, and the plight of the people.
In late 2018, analysts suggested that Umno was whipping up sentiments against the Icerd (International Convention on the Elimination of All Forms of Racial Discrimination) issue to deflect attention from the corruption cases of the party’s senior leaders.
Similarly, some believe that certain leaders used the Jawi-khat and Zakir Naik issues to distract people from the problems within the Pakatan Harapan government. If true, it succeeded spectacularly, with the whole nation burning with these (ultimately) minor issues while the deeper, more crucial reforms - such as cleaning up the police and political funding - were totally forgotten.
In the case of our worsening Covid disaster, it’s clear there are many failures to distract, divert, and deflect attention from. How could RM70 million be spent on such a lousy website for the AstraZeneca vaccine? Why is the vaccine rollout so slow? Are there hidden hands making money from backroom deals? The confusion over the MCO was made into hilarious videos about “PKP, PKPP, PKPD, and PKPB” seen above.
How did foreign virus variants enter Malaysia when travel is tightly “controlled”? Why were some people allowed to break MCO rules despite the darurat or emergency? In short, this government has left a whole stinking mess in their Covid management. So, are the number of people slinking back for Raya being exaggerated? To make us sniff elsewhere? No action when police deceived?
Even if we believe Ismail Sabri has sincere motives, how did he get this number of 200,000? Isn’t that a very tidy, neat, and rather, um… conveniently rounded number? Much easier to spread on social media than say, oh, 187,239?
Was all data on police permission letters collected? What about those who had supposedly balik kampung on fake “work assignments”? Was such information meticulously recorded at the super busy roadblocks in the days before Hari Raya? Didn’t the police have more pressing matters then?
Let’s assume, for now, that the number is correct. What Ismail Sabri is saying is that the police have been deceived and cheated. Isn’t that a crime? The records of the permission letters are there, so what are the police waiting for? 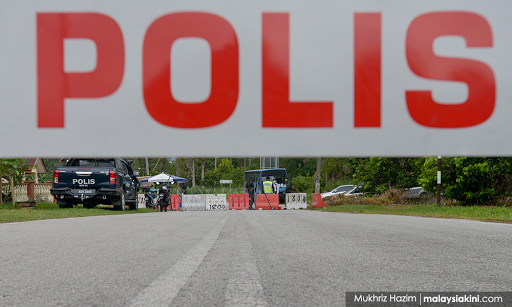 Surely this is the time to investigate, say 3% of the 200,000? And from that 6,000, find out if so and so was really “sick” and then arrest, say 600 people, who had lied to the police. Make an example of them to ensure such behaviour is never repeated.
Ismail Sabri, as the senior minister in charge of “security”, should not tolerate the police being made fools of by the people. The system cannot withstand 200,000 Neelofas. Nobody will respect authority, even more rules will be broken, and the pandemic will worsen.
The police should also investigate if certain officers or balai (stations) were too "liberal" in giving away permission letters. If so, was money or other favours involved?
The government can’t just say, “Oh we wash our hands of all responsibility, it’s the blardy people’s fault”. Why? Because Malaysia has been based on a modern feudal system for over 60 years where people are asked to be “setia” (loyal) in exchange for their lords, the politicians, giving out some goodies.
Our “real” social contract says, “Yeah, you, the rakyat, know that we are sort of corrupt lah, but you close one eye because we will take good care of you, especially if you belong to a certain race and religion.”
Moreover, Prime Minister Muhyiddin Yasin claims to be “Abah”, the loving, “prihatin” (caring) “father” of the nation who sometimes has to use his “rotan” (cane) to whack some sense into people.
Yes, the people are poorly disciplined. But blaming them for the pandemic is like saying Malaysia “deserves” to be dirty because people don’t throw rubbish properly. That is a lazy abdication of the government’s duty to strictly enforce anti-littering laws (like Singapore) or educating the public to be civic conscious and considerate (like Thailand).
Instead of seeing the tired old faces of Ismail Sabri and Abah on TV, where are the catchy advertisements to encourage people to follow SOPs? Like how Singapore uses Phua Chu Kang for its Covid messaging?
People will keep finding loopholes unless some of those who sneaked back for Raya are properly punished - to send a strong message not to fool around with serious health rules. If nothing is done, then we have to ask - is the 200,000 for real? Or is it fiction to distract people from the government’s failures? - Andrew Sia,mk 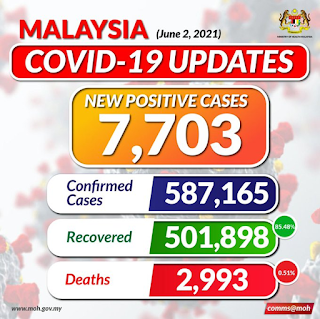 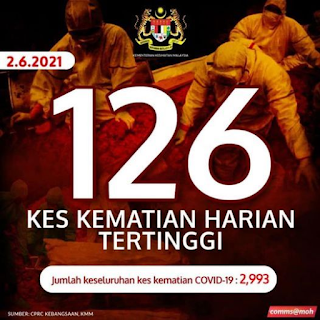