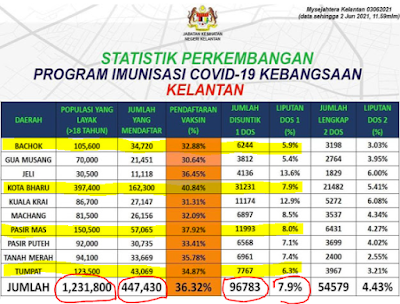 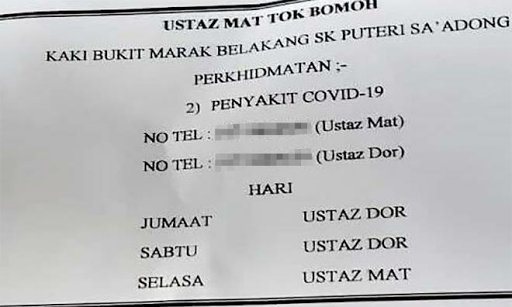 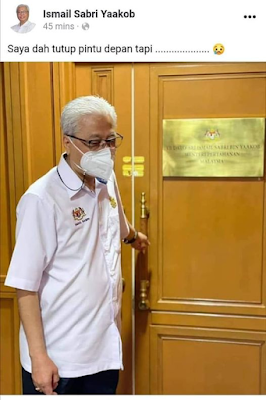 PN's front and back doors...
Ismail Sabri posted a picture of him on Facebook, saying: I have shut the front door but.... This was accompanied by a teary face emoji. Very soon the post went exploding, sending many speculating why he wrote this.
If there is a front door, sure enough there is another back door to go with it. And if someone has shut the door, there must be someone else opening the door. But what is the front door and what is the back door? If Ismail Sabri was the one shutting the door, then who was opening it again?
Before the full lockdown went into force on June 1, Sabri had announced that all MITI letters would no longer be valid and that new approval letters would be issued by the relevant departments. For instance, the communication and multimedia ministry would decide on the media industry while the agricultural ministry would decide which agricultural sector operators could continue to operate during the lockdown...
Prior to that, all approval letters during previous MCOs were all issued by MITI, and that was like distributing big ang paos to the corporate sector, as almost all companies would be approved to operate so long as they applied. The result: everyone is getting an approval letter from MITI and can move around freely and even gather with friends, some traveling out of state to their hometowns!
This is going to trigger an explosive growth in new COVID-19 cases, resulting in a sharp increase in mall and workplace clusters. It is obvious from Sabri's announcement that on the one hand the government is trying to make amends by tightening the rules, but on the other hand it is taking back some of the powers from MITI. 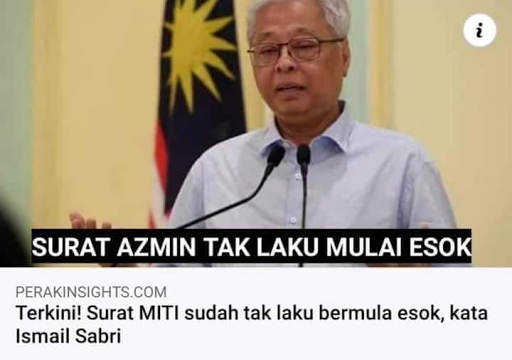 Just as various departments are busy with vetting through the applications from companies falling under their respective  jurisdiction, there was a dramatic policy reversal that same evening. The power was now back to the hands of MITI acting as a central agency handling all the applications.
The following day, MITI announced that 95,000 companies involving 1.2 million employees had been approved for operation during the lockdown, later expanded to 128,150 companies with 1.57 million workers.
Looking at such numbers, you would start to wonder what kind of "full lockdown" it is going to be. While the government has pleaded with the people to stay at home and abide by the SOPs, it now puts more companies in the list of "essential services" which can continue to operate during the lockdown.
It is like a slap on the face of Ismail Sabri responsible for the country's battle against the virus. He has shut the front door, but someone else is now opening the back door. And the back door opener, everyone now agrees, is senior minister Azmin Ali.
The front and back doors highlight not just the contrasting approaches in tackling the coronavirus pandemic and the economy, but also infighting from within the government itself, with those responsible for battling the virus like Sabri, Adham Baba and Noor Hisham on one side squaring off with Azmin Ali on the other side. 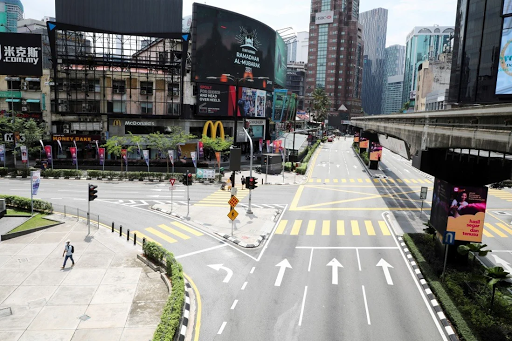 PM Muhyiddin is balancing between virus containment and the economy, Politically speaking, he should strike a balance between both but personally speaking, to him Azmin's influences outweigh those of others.
A comrade of the PM's party Bersatu, Azmin is his "own people", the chief architect of the Sheraton Move that put him on the PM office. If PN were to continue to rule and Muhyiddin to remain PM, support from pro-Azmin lawmakers is absolutely indispensable.
Indeed Ismail Sabri is also a very important man in Muhyiddin's cabinet, but he is from Umno, and his loyalty depends very much on Umno's attitude. By comparison, Azmin's position in Muhyiddin's team is the most senior of all the senior ministers. As the chief commander in trade and economy, naturally Azmin is putting the weight on the economy.
Although majority of cabinet ministers are very worried about the escalating pandemic and have urged the government to tighten the SOPs and enforce a complete lockdown to break the infection chain, the next most powerful man in the government after Muhyiddin is actually Azmin Ali. Allowing 95,000 companies to operate has forced a teary face out of Ismail Sabri, and grumbling from many ministers in private.
Muhyiddin's tilt towards Azmin may open up a crack in the PN administration. If the lockdown fails to contain the spread of the virus and no improvement is seen in the economy, the government will have a hard time answering to the rakyat come the next general election. - Tay Tian Yan, Sin Chew Daily 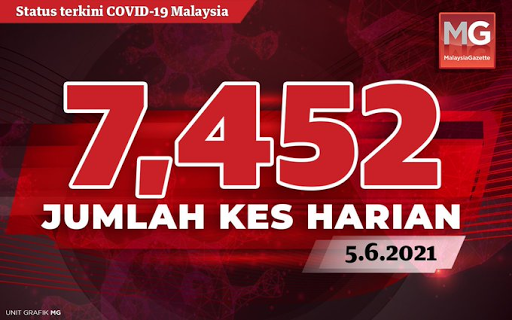