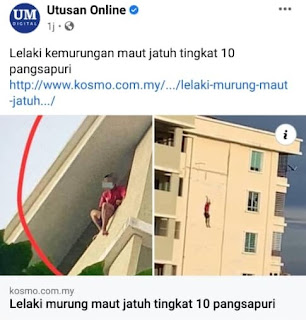 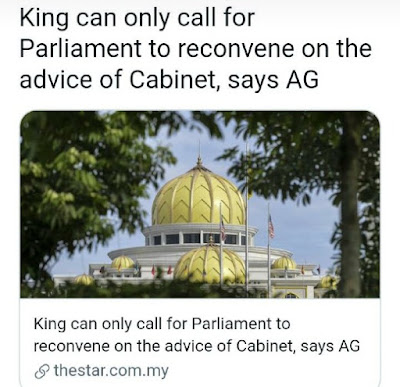 The law requires the Cabinet to advise the Yang di-Pertuan Agong on when His Majesty is allowed to convene Parliament, said Attorney-General Idrus Harun.There is widespread speculation that Prime Minister Muhyiddin Yassin was trying to delay the convening of Parliament over fears that a sitting will prove that he no longer enjoyed the confidence of the majority of MPs. But... 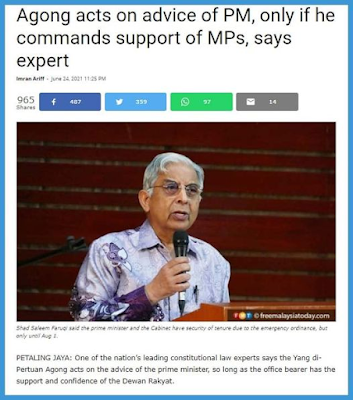 The Yang di-Pertuan Agong acts on the advice of the prime minister, so long as the office bearer has the support and confidence of the Dewan Rakyat.“While the Agong is bound by the advice of the ‘prime minister’, the word means a Prime Minister with a solid base, legitimacy and support in the Dewan Rakyat,” he said in reference to Article 43(4).“Section 11 says that as long as the emergency is in force, the Prime Minister and the Cabinet existing immediately prior to the issuance of the proclamation of emergency shall continue to exercise the executive authority of the federation.
“Until Aug 1, the Prime Minister and the Cabinet have security of tenure because of the ordinance. But once it (emergency) ends, it is a new game altogether.” - Professor Shad Saleem Faruqi 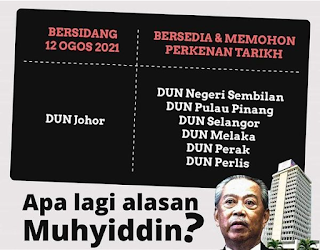 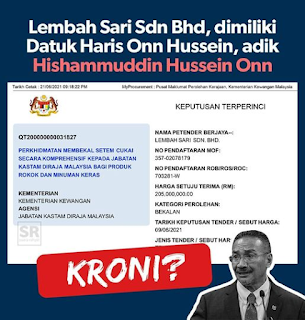 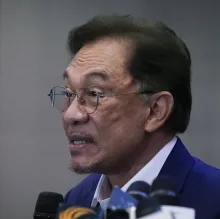 Anwar - Corruption has
flourished with the virus...
Malaysia’s opposition leader Anwar Ibrahim is sounding the alarm. The endemic cronyism in the country that helped give rise to the 1MDB scandal has become worse this year, according to the political veteran.
This time, however, people are dying as a result, he says. “The [COVID-19] crisis is not improving,” Anwar tells The Australian Financial Review. “We need to start with data and science. The government needs to tell the truth.”
The 73-year-old is once again prime minister in waiting with an election likely next year after a political impasse – starting in September when he claimed to have majority support in parliament – because of the pandemic.
Malaysia’s King Sultan Abdullah Sultan Ahmad Shah agreed to a nationwide state of emergency in January to curb the spread of COVID-19, a move that bolstered Prime Minister Muhyiddin Yassin’s precarious hold on power and forestalled any attempt by Anwar to force an election. For now, his focus is the pandemic. The country is three weeks into a four-week lockdown. Official numbers suggest this year’s deadly outbreak has peaked. They are wrong, Anwar says.
“Now we have this new phenomenon of ‘dead on arrival’, which is really concerning and I attribute it to the incompetence of the government,” he says. “It’s due to the failure to test adequately and failure to monitor. The hospitals lack capacity so are reluctant to accept new cases. This government’s mistakes have cost lives.”
Some 38,911 new cases of COVID-19 were reported in Malaysia last week, down from 41,360 the week before. However, the number of tests was also lower than the previous week and the positivity rate continues to rise. Last week it was 6.93 per cent across the country.
Malaysia is paying dearly for a slow start to its vaccine roll-out. There are more than 70 million doses on order, enough for the entire population, but fewer than 10 million have arrived in a country where COVID-19 is so widespread that many of those infected can’t get to hospital in time to be treated. 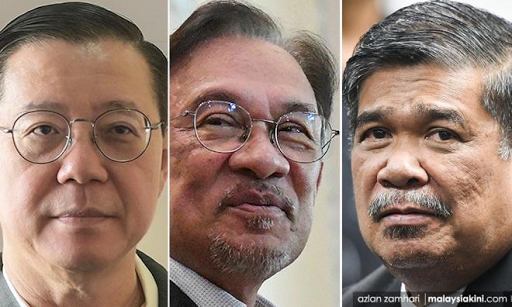 PH insisted that Parliament must be reconvened before
the current state of emergency expires on Aug 1.

Anwar and other opposition MPs believe the government has questions to answer about slow approval processes for locally processed vaccines – and who got paid what and when.
“We are calling the government to be more transparent about the procurement and the rollout,” says Anwar, who spent almost a decade in prison after being convicted on two sodomy charges, both of which his supporters believe were politically motivated.
The first step to such transparency would be for Muhyiddin to reconvene parliament, argues the Pakatan Harapan coalition that Anwar leads. Parliament has not met since December.
Last week, the King urged the government to recall parliament. Unlike previous statements from the royal household, this did not mention the monarch’s support for the government. On Sunday, Muhyiddin announced he was forming a committee to consider bringing parliament back.
Anwar says it needs to resume immediately. “Corruption is systemic in this country and it’s increased this year due to the lack of parliament oversight. It’s been a free-for-all with no questions asked.” Many Malaysians appear to share his concerns.
A Yougov poll conducted this month showed 81 per cent of respondents thought the COVID-19 situation was getting worse. Just over half said the government was handling the crisis badly and 55 per cent agreed it was “time to give someone else a go”.
The opposition still believes the government does not enjoy a majority, but Anwar says there will be no push for an early election, at least not this year, because of the pandemic. If the health emergency can be dealt with by the first quarter next year, there could be an election in 2022, he says.
Asked if he thinks the opposition would win the election and, more than four decades after entering parliament, he would finally get to be prime minister, Anwar says, “Inshallah. God willing.”
His leadership of the country seemed to be on track after the last election, in 2018, when the Pakatan Harapan coalition won a historic victory. The coalition had brought together Anwar and his former rival, Mahathir Mohamad. However, the government fell apart in February last year when it became clear Mahathir did not plan to honour an agreement made to hand the leadership over to Anwar.
Despite this, Anwar says he would not rule out teaming up with Mahathir again. “I would not like to make any sort of new agreement, given my knowledge of him, but I am leader of the opposition which means I have to accommodate the views of all opposition MPs,” he says. 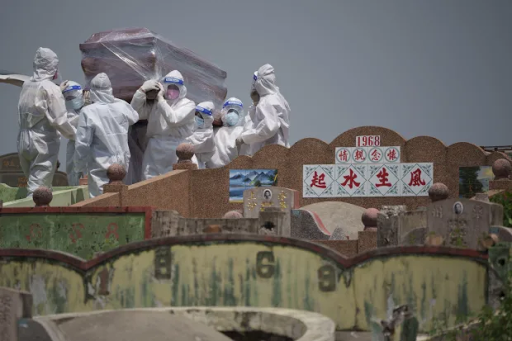 Health workers wearing PPE carry a coffin
during a funeral for a COVID-19 victim in Klang, Malaysia.
Khairy Jamaluddin, co-ordinating minister for the National COVID-19 Immunisation Program, said this week Malaysia’s vaccination rate should not be compared with European Union countries that have “hoarded supply”.
Rather, Malaysia should be rated against neighbouring countries, Khairy told a weekly media briefing. He predicted 10 per cent of the population would be fully vaccinated by the middle of next month. “Our immunisation rate is well ahead of Indonesia, the Philippines, Thailand and Vietnam, and we are closing in on Japan,” he said.
He said countries like the UK and Canada had bought many more vaccines than they needed. “Only now do you hear countries like the United States offering donations and saying ‘Oh hi Malaysia, would you like some vaccines?’ Well, we have been waiting a long time.”
Malaysia’s Galen Centre for Health and Social Policy has tracked the country’s vaccine procurement strategy since July last year. It believes the government had been as transparent as it could be, and the policy to build up manufacturing capacity was sound. Unfortunately, the Malaysian public does not have a lot of faith in its legislators.
“Vaccine procurement has been a concern since late last year, but the Malaysian public was generally unaware, complacent and, to be frank, blissfully ignorant,” says Galen chief executive Azrul Mohd Khalib.
“When it recently became an issue, due to the deficit of trust which exists between the government and the public there was, naturally, a well-justified suspicion that there was corruption, lack of transparency and cronyism involved.
“However, much of the information regarding vaccine procurement was made known, shared with the public, and published. Even the general pricing of the vaccines are known.”
In fact, Azrul says, many of the measures taken to provide transparency regarding this procurement were unprecedented. Where the government couldn’t share information publicly due to non-disclosure agreements, it did tell MPs on the public accounts committee.
But that didn’t stop the speculation. Three weeks ago Sinovac chief business officer Helen Yang released a video statement rejecting middle-man rumours: “We are dealing directly with Pharmaniaga via a government-to-government arrangement without any involvement of any other third party.”
Azrul thinks this is true. “As far as we can tell and are aware, there are no middle men or tender agents involved. There has been intense anger directed at the minister by interested parties because of that.“ - Emma Connors,Financial Review 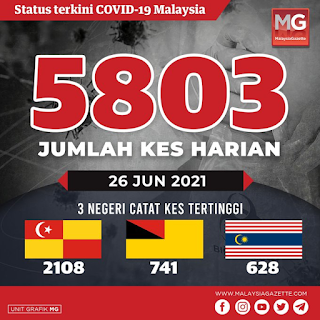