When Govt screw up, make people unhappy...
This man lost his temper and created a great havoc at the vaccination center in Terengganu when he discovered that his Covid-19 vaccination was postponed to a later date.See the destruction he made at the center. Don’t play-play with him! Should send him to KJ's office... 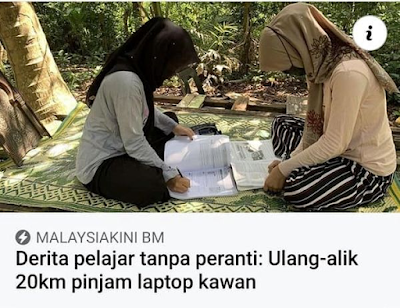 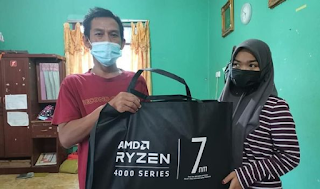 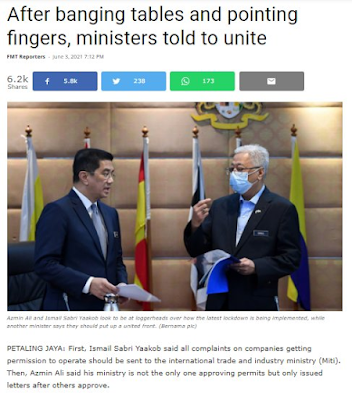 First, Ismail Sabri Yaakob said all complaints on companies getting permission to operate should be sent to the international trade and industry ministry (Miti). Then, Azmin Ali said his ministry is not the only one approving permits but only issued letters after others approve.
The contradiction between the two ministers has added fuel to speculation that all is not well between the two, and seems to be a continuation of a heated argument among senior members of Prime Minister Muhyiddin Yassin’s Cabinet.
It was reported yesterday that the argument broke out among several ministers over Azmin’s ministry’s move to allow some 95,000 companies to operate even during the lockdown. The government has also come under criticism for allowing so many sectors to remain open despite calls for a total lockdown similar to the first movement control order.
FMT has now been made to understand that the ministers involved in the argument were Ismail, the senior minister for security and Azmin, the senior minister for economy. Speculation has been rife that the two clashed, after Ismail set tongues wagging with a social media posting showing him closing the door of the defence minister’s office.
It was accompanied by a caption that said, “I closed the front door but … ”, and ended with a crying emoji. Both Ismail and Azmin have since played down the post but the extent of the problem appears to remain an issue. Ismail’s remarks today only seemed to confirm that all is not well between the two.
During a press conference, Ismail, who was asked to comment on the confusion surrounding the operation of essential services, pointed the finger at Miti, saying it was in the ministry’s hands. “It’s difficult for me to answer, because we have handed the matter over to Miti, so Miti will answer,” he said.
Subsequently Azmin, in a statement, said the decision on whether an economic sector is considered essential is not made by Miti alone. The seemingly disjointed response from the two senior ministers is something another Cabinet colleague says is bad for the government.
Speaking to FMT, the minister who declined to be named, said the government needs to be consistent in its messaging.
“For one, if it is not a total lockdown, we should not refer to it as such. As for us ministers, we need to have collective responsibility. “We need to show solidarity in fighting Covid-19, we must not work in silos for political interests.” - fmt 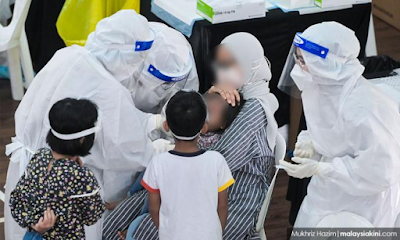 Rise in serious Covid-19
cases among children under 5...
Malaysia has seen an increase in serious Covid-19 cases involving children below the age of five, including some that have resulted in death. Health Ministry director-general Dr Noor Hisham Abdullah said there were three cases of Covid-19 deaths in this age group in 2020. For this year, the same number was reached in just the first five months of the year.
Likewise, Noor Hisham said there has been a clear increase in children requiring intensive care. He said that in 2020, there were eight paediatric Covid-19 cases that require ICU admission, of which six cases involved children below five years old.
Within the first five months of 2021, however, there are already 27 paediatric Covid-19 cases that require ICU admission, of which 19 cases involved children below five years old.
“With this information, the Health Ministry hopes that all parties, especially parents and guardians, can play an important role in protecting those with low immunity such as infants and children so as to protect them from Covid-19.
“Build a safe environment for them by fully complying with existing standard operating procedures, and eligible adults should get vaccinated immediately,” he said in a statement today. He said this in response to questions regarding critical Covid-19 cases and deaths among children. 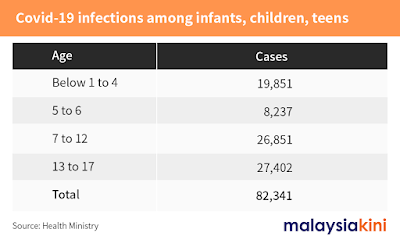 Previously, Noor Hisham had shared data showing that 54,939 infants and children aged 12 and below have contracted Covid-19 between Jan 25 and May 30. Babies and toddlers under the age of four accounted for 19,851 cases.
Children between the ages of five and six accounted for 8,237 cases, while primary school-going children (between seven and 12) made up 26,851.
Meanwhile, with the total lockdown now in force from June 1 until June 14, children aged 12 and below are barred from public areas except in four circumstances.
The exceptions are given for children seeking medical treatment, education, exercise or in the event of emergencies. Earlier, Health Minister Dr Adham Baba also floated the idea of investigating negligent parents for possibly exposing their children to the disease. - mk
Jaga penjarakan sosial..
. 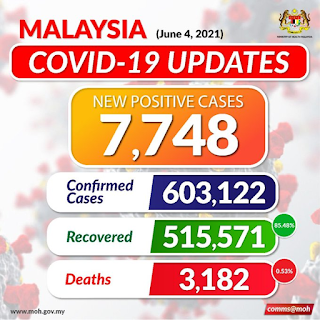