Satu lagi kes buli di kalangan pelajar2 sekolah..apa nak jadi Malaysia tanah airku???
What r they teaching our young? that Malays r the superior bullying race? We shud all be ashamed; no matter who the victims are  n what is saddest of all .... our authorities just stand by n let it happens. How can? Are we not teaching our young to be good citizens? or are we teaching them to take the laws into our own hands cos we r the superior race?
Nazi Germany started in similar fashion; believing the Aryans to be the superior race. The BOERS of South Africa also believed in superior white Africa; so did the white Rhodesian (present day Zimbabwe). n where did they end up?
Now America (US) started to believe they were the most superior nation on earth after the fall of the Soviet Union. The end is near once u start to believe u are more equal n entitled than others.God created all men to be equal. Once u believe u are more equal than others; then u have crossed into the dark side of  Evil. Devil makes u think u are superior so that u can do all the disgusting immoral deeds unto others n that is going against God. Pls viral video ini,lokasi, Anderson School Ipoh.- Amin Fasaili
"Azmin? Tak payah jawab. Biar dia hanyut dengan labu2nya"
Luahan Hati Husam Musa... 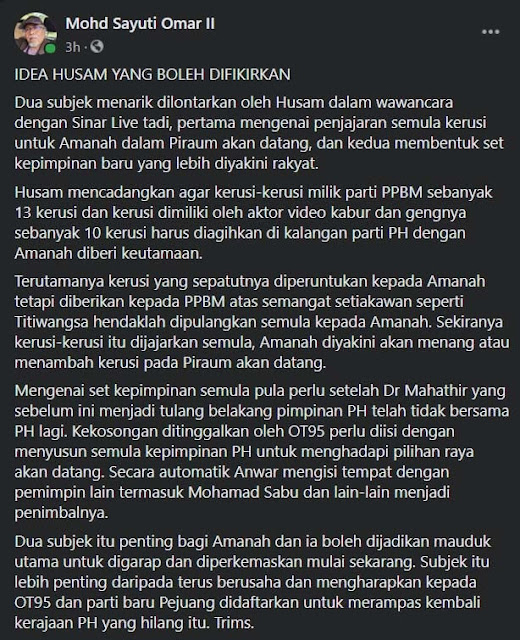 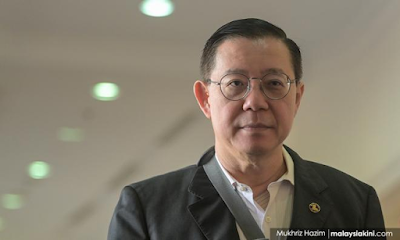 Guan Eng had no power but
still feared by the Malays...
Former prime minister Dr Mahathir Mohamad’s interview with Malaysiakini was a train wreck for Pakatan Harapan. At this point, I have no idea which base the old maverick is attempting to appeal to. Are the Malays supposed to be happy at the expense of Chinese dissatisfaction?
The former prime minister’s description of how he castrated the finance minister’s role to ensure that the “Malay” base would not be spooked, is the kind of lesson in Malay uber alles politics that Harapan, or whatever is left of it, should pay attention to the next time it decides to hook up with a race-based party.
One the one hand, we had a castrated finance minister who had to run everything through Mahathir and on the other, we are supposed to believe that the old maverick encouraged discourse, and I suppose, dissenting viewpoints in cabinet meetings. In other words, all these discussions meant bupkis and ultimately like the finance minister's portfolio, everyone was bending the knee to the old maverick.
The former prime minister said: "We still have to give them, but what we gave to them was very small (compared to what the Malays got). But we could not say it then because then the Chinese would be angry. "That's why we didn't talk about that. But now we have to because I have to explain this thing."
So, the “Chinese” community was getting scraps from the table and everyone knew it, but nobody could talk about it. Now because the old maverick has a new Malay-based party, he can let the cat out of the bag.
So, Malays are supposed to take comfort in the fact that the DAP was basically eunuchs in the Mahathir-led administration. Who cares what the Chinese think now because conventional wisdom dictates that eventually, they will come around to the realisation that it will always be this way in mainstream Malay politics.
All this is hilarious of course, because in 2012 while debating Chua Soi Lek, DAP secretary-general Lim claimed: “We should not bow to fate and have the right to equality. We should not kneel and beg. We should be brave enough to stand and ask for it.” Now, consider what Lim said in 2012. Does the behaviour of the DAP, in any way, shape or form, conform to the spirit or intent of that statement? 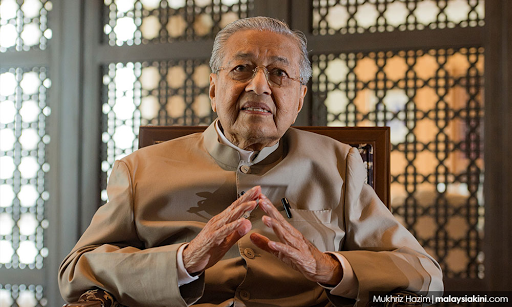 Of course, it does not. Why? Because the DAP is learning fast that dealing with Malay power structures on a federal level, and a bureaucracy that is, in essence, an extension of a political party (Umno) is complex and requires stratagems and rhetoric that are in total opposition to the egalitarian ideas that the DAP tells its base is the foundation of a new Malaysia.
If we are to believe the old maverick, and I see no reason not to, his description of how he controlled everything is exactly the way how he ran BN when he was in cahoots with the MCA. The way how Lim chose to give one-off payments to Malay-majority states even though everyone knew in the cabinet that the Chinese - and Indian - communities were getting scraps, should tell us everything we need to know of the kind of racial pandering that went on in the Harapan government.
This is how the Malay establishment wants it. Read, Aminuddin Yahaya’s piece in Malaysiakini - MCA boleh jatuhkan kerajaan Melayu-Islam? What the author describes in his piece is what the Malay establishment wants from its non-Malay partners. What they want is subservience.
Aminuddin is gleeful of the fact that the MCA only survived because Umno breathed life into it and bemoans the fact that even though the MCA relies on Malay-dominated polities, they continue insulting the Malay uber alles government with the interests of the community they represent.
He even makes the point that the MCA, in order to get back Chinese support, mimics the DAP – “Pada PRU 14, MCA sebenarnya sudah mati tetapi diberi nafas kembali oleh Umno. Ini kerana lebih 90 peratus daripada masyarakat Cina sudah menyokong DAP melalui PH dan menolak MCA. MCA yang memang sudah sekian lama terdesak mahu memenangi kembali hati pengundi Cina, mereka sanggup berbuat apa sahaja termasuklah ‘berperangai’ seperti DAP.”
That is the mainstream Malay political dilemma. You want your non-Malay allies to get the support of their communities, but you get spooked when they speak up on the issues that the community votes them in for. Aminuddin's piece is informative because it is devoid of the Bangsa Malaysia propaganda that Harapan peddled to its base before the election. 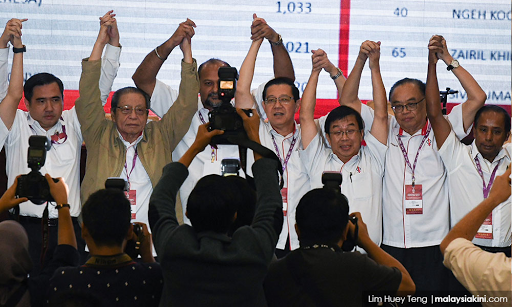 Under the Harapan regime, we have seen the rise of Zakir Naik, the machinations of the Perlis mufti, the abandonment of secular and egalitarian policies of the manifesto, the LTTE fiasco where Harapan political operatives were arrested, the "Chinese" communist scare, and various other pro-Islamic initiatives carried out by the ever compassionate Mujahid Yusof Rawa on the Muslim polity. And yet, the DAP was on the receiving end of its partners, especially from Bersatu.
All this happened while the base was told that it takes time to reverse all the “wrong” Umno had done over the decades. Of course, now we know that “wrong” is a malleable concept in politics.
Mahathir says that the DAP accepted a policy drafted by Malay intellectuals which were slanted towards the Malays. Of course, this in itself is not such a bad idea. The majority of Malays, after decades of political, social, and religious manipulations, need help in ways that would make them competitive in this ever-changing geopolitical landscape.
The problem here is that there is no evidence that the Harapan government, which included the best and brightest of multiracial DAP, were doing anything but playing the same game that non-Malay power brokers have been doing during the long Umno watch.
The big question is if Harapan comes into power again, will it continue the tradition of castrating important portfolios if it is led by a non-Malay or will the non-Malay leading the portfolio internalise his or her servitude? - S.Thayaparan
DAP and Chinese are not powerful in the sense of having raw powers in numbers or military or position. The malay politicians fears the Chinese because of the value it represents. The chinese sense of responsibility, hardwork and intelligence scares them. It makes them feel inferior and as such a desire for bullying and chest thumping. It also encourages exclusiveness so as to avoid direct comparison. The young malays should get out of this cocoon and faced the world confidently. Forever being afraid of some little Chinese is self defeating. - Just a Malaysia
It is tragic that the Malays are insular. First, they feared Lee Kuan Yew and threw out Singapore, now they fear Lim Guan Eng, will Penang be thrown out? How about fearing Kadazans and throwing Sabah out? - OrangeLion8586 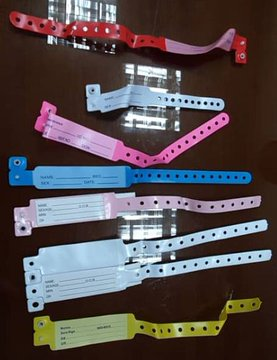 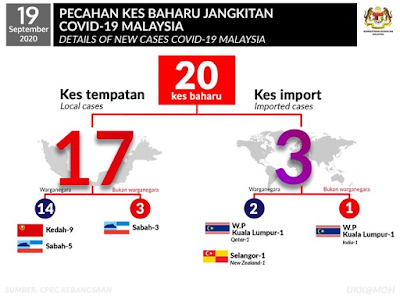 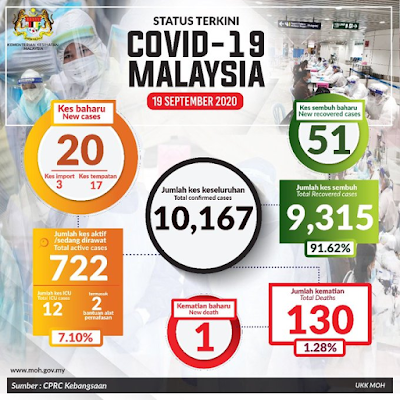