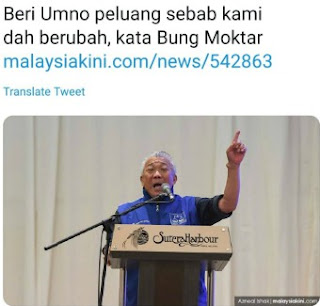 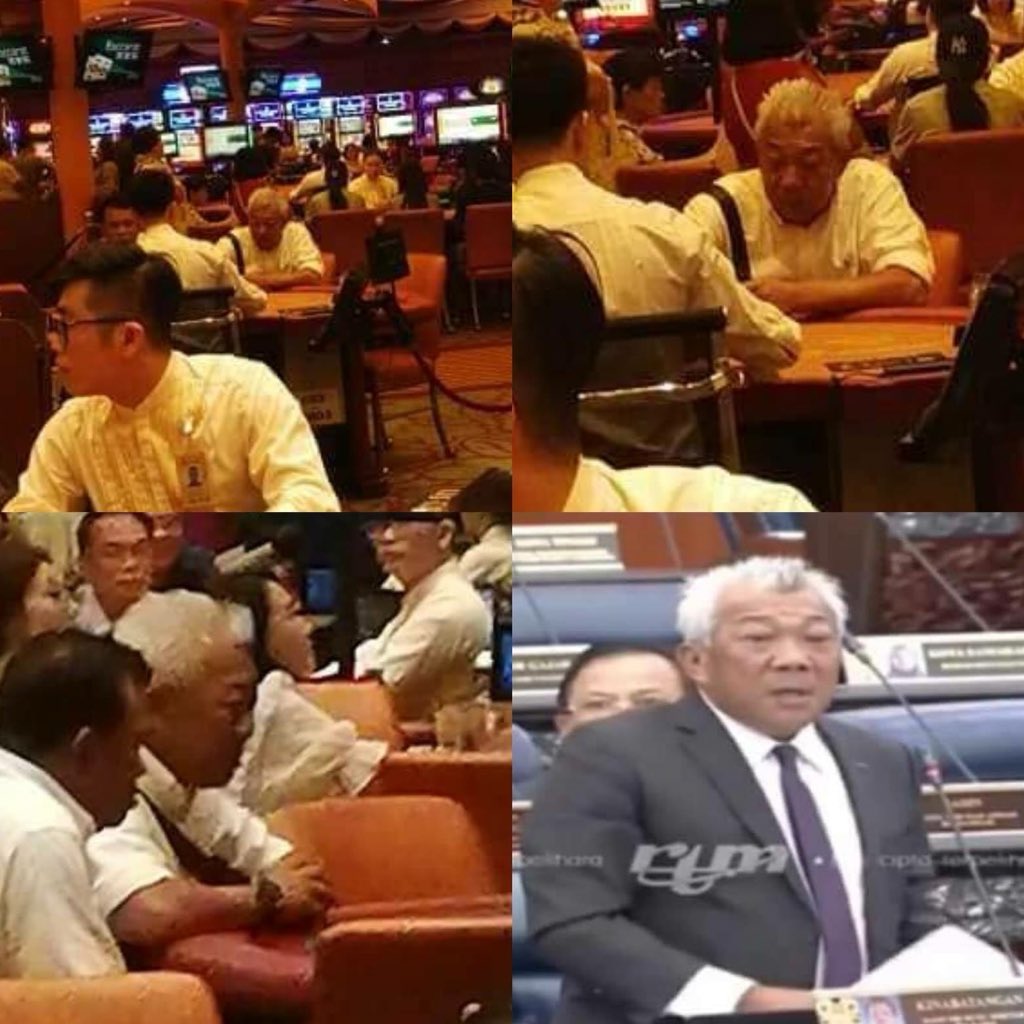 Bung: Give us a chance, we have changed...

Sabah Umno leader Bung Moktar Radin insists that Umno and BN have changed and are committed to a fairer, transparent, and trustworthy administration that will deliver on its promises to the people. At the launch of his coalition's Aku Janji campaign manifesto, he also asked the people to help save Sabah from the 'disaster' that was wrought by Chief Minister Shafie Apdal's two years at the helm.

"We have tried this manifesto Aku Janji after seeing the new political norms not only in the peninsula but also in Sabah. "We need to give something new to the people because the people of Sabah have suffered under the rule of Warisan for more than two years.

"Today, I would also like to explain that Sabah Umno and BN - we have changed. From our leadership, to skills, to our organisation. "Why have we changed? Because we want to capture the hearts of the people and we want to convince the people to support us," said Bung.

"We also want to inform the people of Sabah, that these promises will be delivered 100 percent. "This is our promise. And if we reneged on our words, then this government would only last for a term, or maybe half of that," he said.

Suddenly remember this Umno leader Bung Moktar Radin. He shouted "F...CK YOU" in Parliament against the Oppositon. This "F...CK YOU" video clip is all over the social media. Sabahan must be crazy if they vote for him. Besides, he is awaiting criminal trials filed by the MACC for corruption!!...- wg321

UMNO/BN has changed !!! It's snowing in Sahara desert too. Sabahans, do you want thieves to govern your state?? - David

This rascal is facing Corruption and Criminal Charges in Court and he is asking the Sabahans to give him a chance to govern Sabah for 5 years..Sabahans should tell this corrupted n gangster like rascal,who is famous for using foul languages in Parliament that 5 yrs is just to long to put their future in him.Cheat us once,shame on you and cheat us twice,shame on Sabah Voters - dont just talk

A tiger would never lose its stripes. Bung along with the BN lots have looted Sabah for more than 60 years and asking to be given 5 more years to finish the looting. Sabah, rich with natural resources should have been more developed and its students shouldn’t have to climb trees to get phone signal for exams. Bung should repent and prepare himself to join Najib in Sungai Buloh - harimau_arif 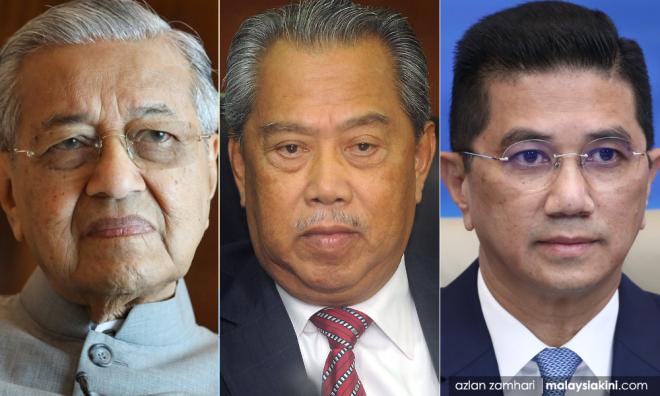 Take a good look at the three in the photo above - you know all of them. But let not time dim the great travesty that all three of them committed against the rakyat, becoming traitors to the collective will of Malaysians when they lied, cheated, and broke promises to engineer the downfall of a democratically elected government.

On May 9, 2018, a despicable decadent dictatorship headed by Najib Abdul Razak, the son of the second prime minister Abdul Razak Hussein, was overthrown by a motley coalition, Pakatan Harapan, whose leaders inexplicably and unaccountably allowed a previous despot and the master of patronage politics to become interim prime minister.

It was an incredibly bad decision by all in the core coalition of PKR, DAP and Amanah to not only admit Bersatu - a racist party, headed by Dr Mahathir Mohamad - but to allow him to become PM.

When Umno’s 61-year iron grip on the country, which progressively descended into corruption and decline from 1981 onwards after Mahathir became PM, was decisively broken, it was correctly heralded as a victory against authoritarianism, increasing corruption, total disregard of the rule of law, and the breakdown of transparency, accountability, and good governance. But the victory lay in shambles just 22 months later.

The first villain in this sorry episode in the nation’s history is, of course, Mahathir, now ex-prime minister for the second time. But coming close behind him are Muhyiddin Yassin, now prime minister and Azmin Ali, now senior minister. If any one of them had not betrayed the rakyat, we would not have the current explosive political situation in the country. Even as Sabah goes to the polls and as national polls may be held soon, but more likely later given the shaky position of Perikatan Nasional, or PN, as clearly demonstrated by the Sabah fight over seat allocations, Malaysians of all races must forever remember the role the three traitors played in thwarting their genuine aspirations for a better, more inclusive country.

They said they were doing it for Malay unity, but they were doing it for themselves - to protect their own interests and their own cronies. They turned back the wheels on fighting corruption and cutting patronage and promptly went back to the old ways, in the process betraying all Malaysians, including the Malay race who they claim to be protecting.

One of the enduring myths as far as this change is concerned is that it is what the Malays wanted. That’s wrong. Some two-thirds of Malays voted for the opposition in GE14, PAS was in the opposition then. It’s simplistic to assume that PAS will now keep its same support level of roughly a third given their alliance, or should we say dalliance, with Umno. And who’s to say the support for Umno, already down to about a third from just over half in 2013, won’t decline further?

The truth is that this change was not because that is what the Malays wanted but what corrupt unprincipled Malay leaders wanted. They, including many “frogs” among them, conspired to bring this about through dubious alliances for their own good, not for the people they purport to represent. There is one over-riding reason why the ousted Harapan government did not perform as well as expected. That was the ineffectual leadership - perhaps even deliberate - of Mahathir. He stalled with reforms needed which would have strengthened governance, cut corruption, and put institutions back on a solid footing.

Instead, he said Harapan did not expect to win and therefore manifesto promises could not be kept or honoured. He sowed the seeds of dissension through Harapan by offering Lim Guan Eng the finance minister’s position without consultation with other parties, thereby earning the undying gratitude of DAP.

He drove a wedge between Azmin and PKR head and Harapan de facto head, Anwar Ibrahim, by bringing him into the cabinet while excluding Anwar and not so surreptitiously positioning him as Anwar’s alternative. He under-represented PKR in the cabinet while favouring Amanah, pushing Amanah and PKR apart.

There is a long litany of complaints against Mahathir, including the Sheraton Move. This article provides 22. In summary, if Mahathir had been a more effective prime minister and stuck to fulfilling manifesto promises, including passing the baton to Anwar, the Harapan government would not have fallen. Right now, how much Mahathir was complicit in Muhyiddin becoming PM is a matter of conjecture, but anyone who follows Mahathir will know that he would prefer this arrangement of Malays having near-absolute power in government instead of genuine power-sharing for the benefit of all. But both the two Ms are of the “ketuanan Melayu” mould not because that’s the best for Malays but for the Malay political and business elite.

The first thing that Muhyiddin did was to muster support for himself by offering lucrative posts to nearly all MPs. He even postponed the convening of Parliament to reduce the chances of him losing parliamentary majority. You can read more about it here.

His Covid-19 plan, while praised widely, did not do enough for the poor, most of whom are Malays and other bumiputeras, leaving them in limbo. Part of the reason - he did not have the guts to make a pact with the opposition and go to Parliament for more funds to be given to the poor as explained here. He is an opportunist, not a saviour of the Malays. If he did not pull Bersatu out of Harapan, the Harapan government would still be in power. 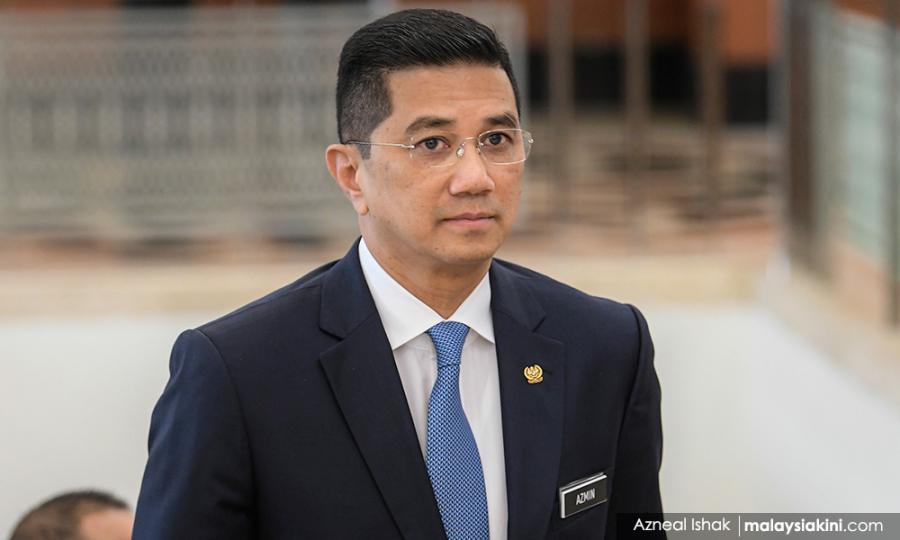 This one-time staunch ally of Anwar used the excuse that the PKR leader was not supportive of him when allegations of a homosexual relationship were made. But that was a convenient event for him to distance himself from Anwar and further his own “career”. That seems to be in jeopardy as Umno is now deeply suspicious of him given his past record and is envious of his rapid rise.

I remember him eloquently and emotionally singing Anwar’s praises at an election rally in Gombak in 2013 but in politics, words count for little and one should choose allies by the strength of their actions. If he had not taken his 10 or so MPs out of PKR, Harapan would have survived as the government.

Going forward into GE15, we Malaysians must continuously remind ourselves of such traitors, what they did to us, and how they derailed our legitimate expectations for a better country for all of us, setting the country back for years if not decades. They deserve no forgiveness.

Remember too that there are extensions of them - such as the former boy minister, Mahathir’s protege, who is now touring Sabah ostensibly to support Warisan. In future coalitions that the current opposition makes, it is vitally important to choose your partners and new entrants carefully.

Remember too that Mahathir’s Malay-only Pejuang and his boy protege’s soon-to-be-launched multi-racial party for all youth will be looking for partners to team up with to become kings or at the very least kingmakers.

This time reject them firmly and you will have a better chance of staying in power - if you win that is, no easy task. Let not the fish jump out of the net again after it is caught. - P.Gunasegaram,mk
cheers.