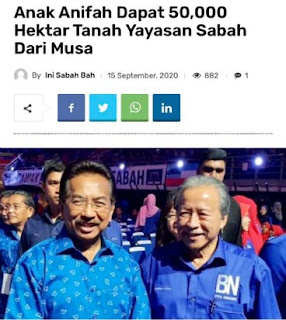 How PPBM and UMNO engage in a proxy
war in Sabah while PAS was abandoned...

There’s a reason why they said “there’s no honour among thieves”. But in the case of backdoor Perikatan Nasional (PN) government, a loose coalition led by backdoor Prime Minister Muhyiddin Yassin, the word honour does not exist at all in their dictionary. The only word the so-called “Malay-Muslim” parties – UMNO, PPBM and PAS – recognise is “power”.

As demonstrated by PM Muhyiddin himself, for the lust of power, the 73-year-old cancer survivor would not think twice about becoming a traitor. In fact, the “Malay First” Muhyiddin was more than willing to bribe and work with a crook like former PM Najib Razak just to get enough votes to topple his own legitimately voted Pakatan Harapan coalition government.

Under the pretext of Malay-Muslims unity, Muhyiddin pulled his party PPBM (Bersatu) out of the Pakatan ruling government and formed a fragile Perikatan coalition with then-opposition UMNO and PAS. Muhyiddin is a classic example where a Malay leader could abandon principle in exchange for power. But it was a wishful thinking that the 3 tigers can live happily ever after on the same mountain.

As caretaker Chief Minister Shafie Apdal unveiled what appears to be a powerful slogan – “We Are Here To Build A Nation, Not A Particular Race Or Religion” – as the Sabah state election kicks off after the nomination day, the opposite is happening to the Perikatan Nasional federal government, who happens to be the opposition in the Borneo state.

Actually, from the moment Mr. Shafie foiled Mr. Muhyiddin’s second coup attempt by decisively dissolved the Sabah Legislative Assembly before former Chief Minister Musa Aman could topple his government, the writing was already on the wall that not only both PPBM and UMNO cannot work together, but will try to destroy each other instead. 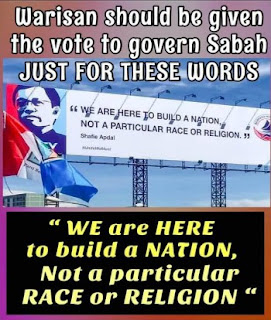 If Muhyiddin could lead Perikatan to capture Sabah, he may weaken Shafie’s powerbase and swing over his 9 MPs, the priceless commodities that would allow the prime minister to survive until the end of his term in 2023 without calling for a snap election. More importantly, a victory would provide him the bargaining chip when negotiates with UMNO over seat allocation for the next nationwide election.

But Zahid, who is facing record 87 charges related to money laundering and corruption and criminal breach of trust (CBT), is equally desperate to win Sabah to prove not only his leadership in UMNO, but also to legitimise UMNO’s dominance in both Perikatan Nasional and Muafakat Nasional, an alliance between UMNO Malay nationalist party and PAS Islamist party.

More importantly, if Zahid could drive Barisan Nasional (comprises UMNO, MCA and MIC) to recapture the Sabah state that it lost in the 2018 General Election, it would further weaken Muhyiddin’s power and probably force the PM to drop all the criminal charges against him. After all, did not Muhyiddin’s appointed Attorney General Idrus Harun drop all the 46 criminal charges against Musa Aman?

The distrust between PPBM and UMNO saw how PM Muhyiddin was humiliated when he had to call off a highly anticipated launch of his Perikatan Nasional in Sabah on August 29. Malaysian Indian Congress (MIC), a component party of Barisan Nasional, was persuaded by UMNO to pull out from joining Perikatan at the eleventh hour, a slap in the face of Muhyiddin.

Already hit with UMNO’s refusal to formally join his Perikatan, Muhyiddin wanted allies in Sabah to contest under a new PN logo. But Zahid purposely made negotiations over the campaign as difficult as possible for PPBM. The once dominant UMNO prefers to contest under its decades-old BN (Barisan Nasional) flag in an ugly tussle for dominance ever since Muhyiddin was sworn in on March 1.

With less than 24 hours before the nomination day on Saturday (Sept 12), Muhyiddin was forced to chair an emergency 90-minute meeting with all allies that included PN (consists of PPBM, PAS, Star, SAPP), BN (comprises UMNO, MCA, MIC and PBRS) and PBS (Parti Bersatu Sabah) to prevent multi-cornered contest. Zahid emerged from the meeting and said everyone had agreed to avoid clashes.

Of course, the UMNO president lied through his teeth. Before nomination day, there were 11 state seats that clashed among PN, BN and PBS. After the nomination day, the seats that will see clashes increased to 17. Zahid had deceived Muhyiddin, pretending to agree, but behind the scene, he deliberately ignored the truce brokered by the prime minister.

But it was not only BN under the leadership of Zahid who broke the promise not to compete against each other. PBS, on the other hand, distrusts both PN and BN when the Sabah-based party suddenly decided to contest in 22 seats instead of initial 15 seats. Hilariously, in the same 90-minute meeting, Muhyiddin launched a new opposition alliance called Gabungan Rakyat Sabah (GRS).

Muhyiddin thought that his hastily formed GRS, comprises his own Perikatan Nasional coalition (PN), Barisan Nasional (BN) and Parti Bersatu Sabah (PBS), could work the same way he betrayed and toppled his previous Pakatan Harapan government. He didn’t realize he could only use the trick once. Zahid saw the deception and countered with his own false pretences, as did PBS, a party led by Maximus Johnity Ongkili.

Zahid has nothing to lose by openly undermining and challenging every single decision of the prime minister. Since Najib was convicted and sent 12 years in jail, Zahid has been creating troubles – refused to join PN, coaxed MIC to reject PN, suggested Bung Moktar as UMNO’s choice for Sabah Chief Minister post, decided UMNO and allies to contest in all 73 seats against PN and whatnot.

At the end, 447 candidates will fight for Sabah’s 73 seats – an average of 6 contestants for one seat. Bengkoka seat alone is a jaw-dropping 11-cornered fight. Muhyiddin’s PN has 29 contestants while Zahid’s BN insisted on contesting 41 seats and PBS has pushed its 22 candidates to fight in the already crowded battle.

The fact that UMNO will contest 32 seats as compared to PPBM’s 19 suggests that lame duck Muhyiddin fails to control UMNO. To save face, the prime minister retaliated by proposing Sabah PPBM Chief Hajiji Mohd Noor as the next chief minister, clashing against UMNO’s suggestion that their Sabah chief, Bung Moktar, would become the next chief minister.

While Muhyiddin might be the most powerful man in Peninsular Malaysia, Sabah is a different kettle of fish altogether. Playing 3R (race, religion and royalty) cards in this Borneo state is an act of hara-kiri. Therefore, to the surprise of PAS, neither UMNO nor PPBM wanted the Islamist party to contest in Sabah. Yes, the biggest sucker is none other than PAS.

Some genius analysts have been going around telling all and sundry that PAS was very clever by joining two separate coalitions, Muafakat (with UMNO) and Perikatan (with PPBM). Even PAS leaders thought they were brilliant for becoming the kingmaker. But if that is true, exactly why did both UMNO and PPBM ditched them as if the Islamist party was more toxic than Covid-19? 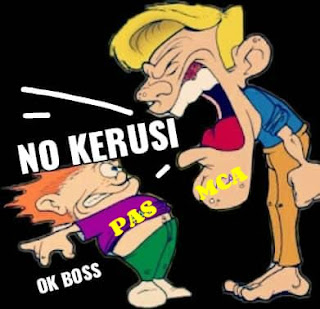 At first, PAS secretary-general Takiyuddin Hassan confidently declared that his party had asked for up to 10 seats in the Sabah state election. However, at the eleventh hour, to the Sabah PAS leadership’s horror, the party was not even invited to the PN Sabah state election candidate announcement in Kota Kinabalu. Likewise, its closest ally UMNO had given it zero seats.

PAS was humiliated – “kemaluan besar” – as former MIC Samy Vellu liked to say. To save face, PAS President Hadi Awang claimed the party was not contesting any seats for the sake of “muafakat (cooperation)”. Hadi also said his party has decided to give way to its allies to ensure straight fights, which is a truckload of cow dung because all the 73 seats are multi-cornered fights.

Perhaps PAS should give way to its allies in the 15th General Election too for the sake of “muafakat”. Comically, it was the same Mr. Hadi who said a fortnight ago that the Islamist party was ready to contest under Barisan Nasional’s ticket in Sabah. Then, PAS Deputy President Tuan Ibrahim Tuan Man claimed the move was a political strategy to avoid “enemy’s trap”.

Another PAS leader said despite not contesting, the party is “still contesting” as both BN and PN act as their representative. Going by PAS’ twisted logic, it means that despite not able to having sexual intercourse with their wife, they are “still having” sexual intercourse as their friends are representing them. Some other PAS leaders, however, expressed their sadness for not given any seat at all.

In the 2018 General Election, Amanah won only 193 votes and zero seats in Sabah state election. Yet, caretaker Chief Minister Shafie is kind enough this time to still allocate 1 seat to his friend Amanah in the Sabah election. PAS, meanwhile, had captured 11,241 votes in 2018. Why can’t BN or PN be humane enough to give at least 1 seat to PAS in the name of Muslim brotherhood?

In reality, PAS is too toxic to be given any seat to contest in Sabah. Some Islamist extremists in the party like the arrogant Pasir Puteh MP Nik Muhammad Zawawi Salleh have insulted the Christians in Sabah for saying that the Bible was distorted. The PAS leader’s racist and extremist remarks is seen as against Sabah’s multi-religious and multi-cultural society.

Like it or not, PAS was backstabbed by both Perikatan (Muhyiddin’s PPBM) and Muafakat (Zahid’s UMNO) at the same time. But the Islamist party’s top guns have to cook up ridiculous half-baked stories for the sake of their current ministerships or chairmanships which comes with perks like 5-figure salaries, cash allowances, free cars, official residences, and multi-million-dollar contracts and projects. - FT 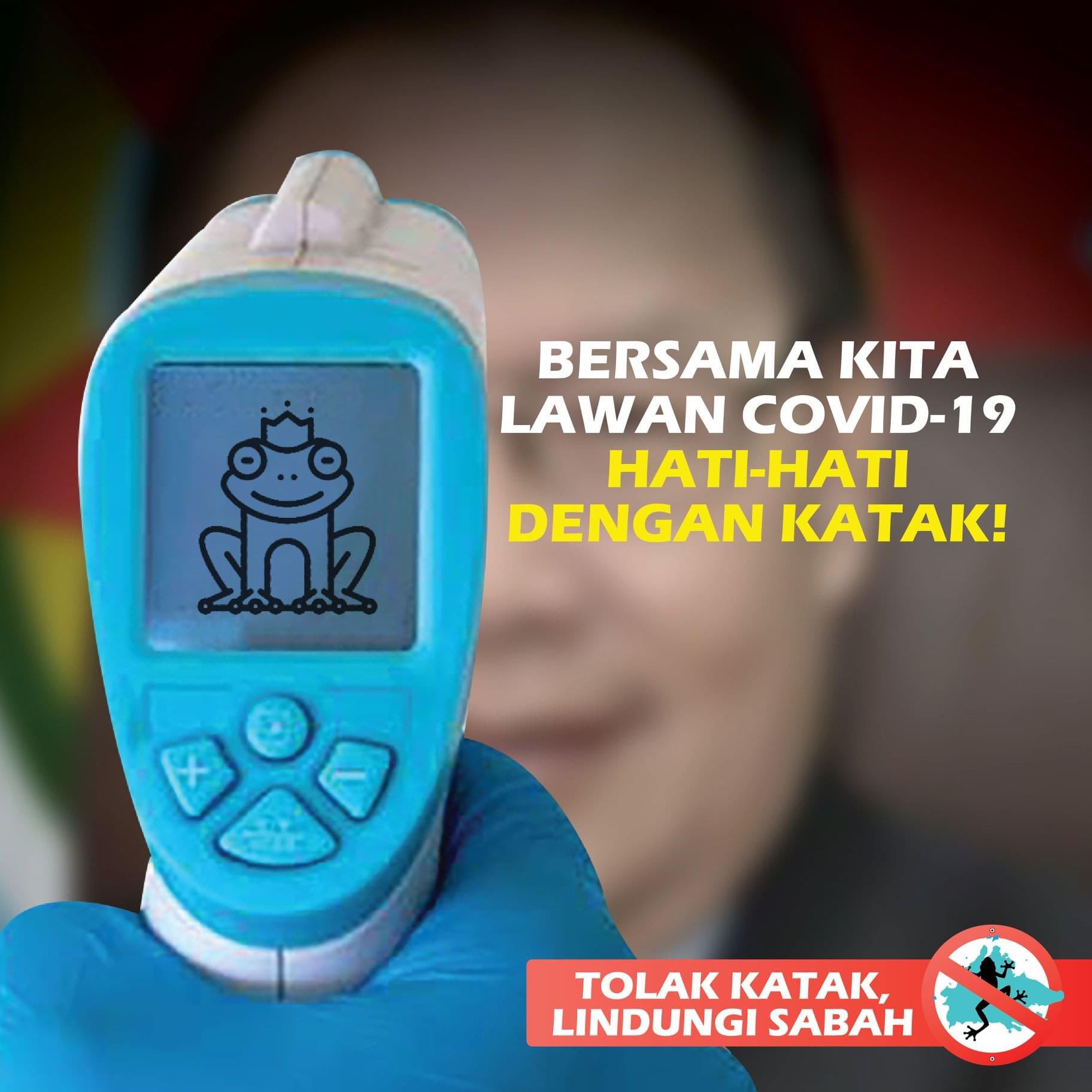 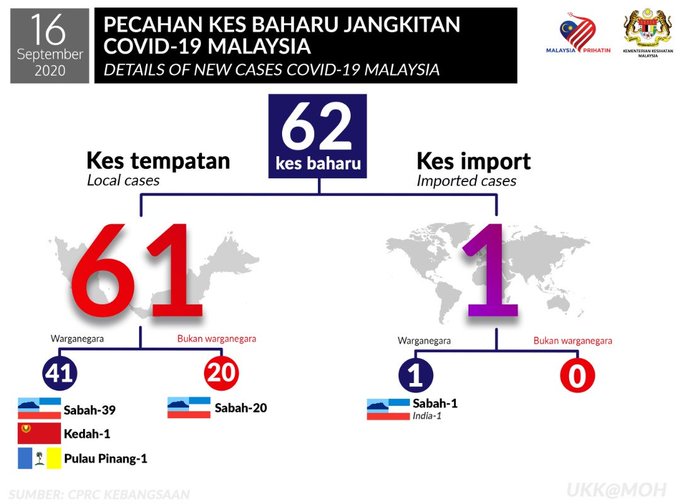 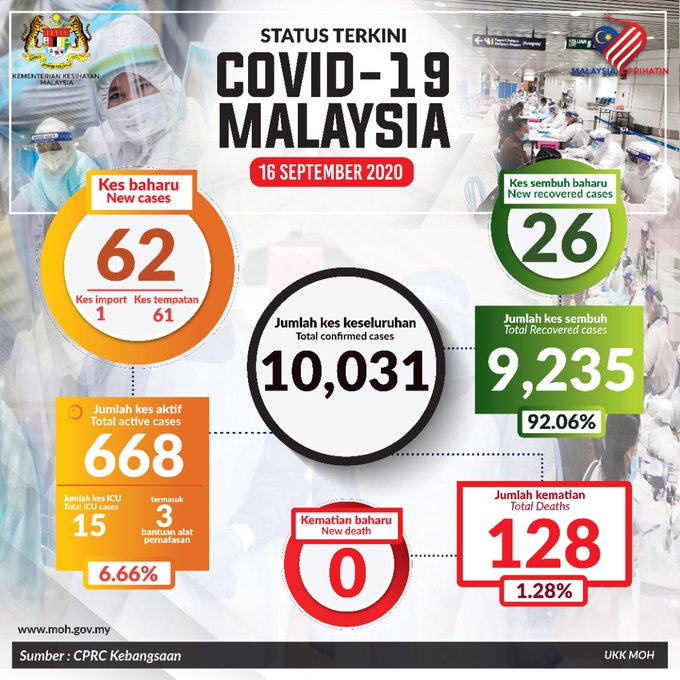