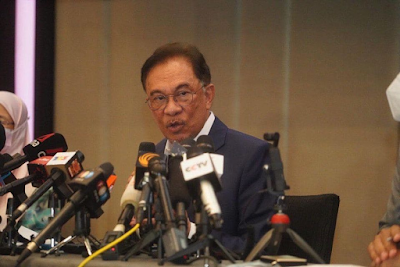 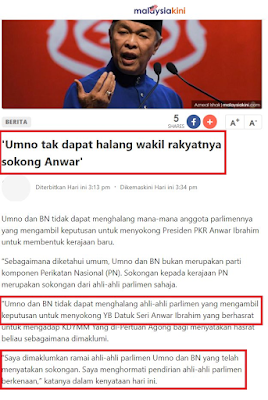 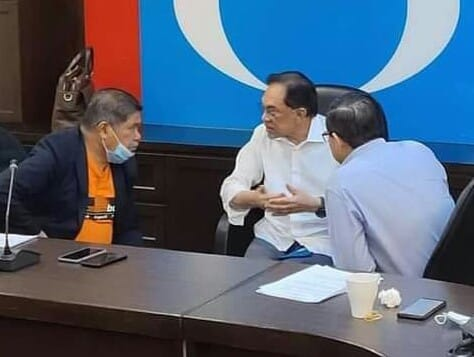 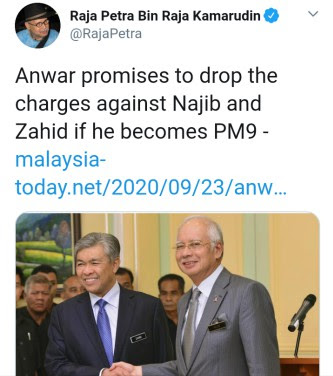 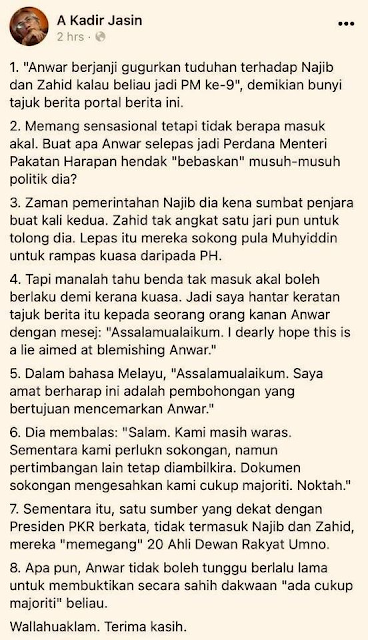 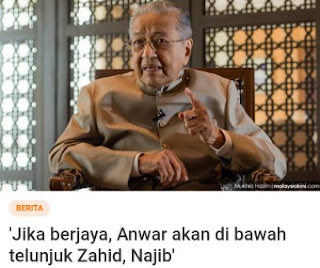 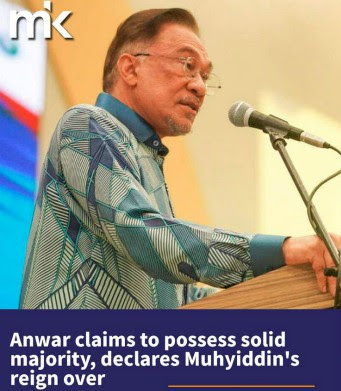 Malaysian opposition leader
Anwar plans new government...
Malaysian opposition leader Anwar Ibrahim said Wednesday he has secured a majority in Parliament to form a new government that is “strong, stable and formidable.” Anwar said he has been granted an audience with the king Tuesday but it was postponed because the king was in a hospital for treatment. He said he will not reveal details until after he has met the king.
“Conclusively, we have a strong, formidable majority. I am not talking about four, five or six ... but much more than that,” Anwar said. “With a clear and indisputable support and majority behind me, the government led by ... Muhyiddin Yassin has fallen.”
Muhyiddin, in a televised speech later Wednesday, urged Malaysians to “reject the blind actions of some politicians who deliberately want to disrupt political stability” and his government’s economic recovery plan. He didn’t elaborate nor mention Anwar by name. Instead, he announced billions of ringgit (dollars) in new cash handouts to help small businesses and the poor amid the coronavirus pandemic.
Muhyiddin has been grappling to maintain support amid infighting in his coalition that has just a slim two-seat majority. He can ask the king to dissolve Parliament to seek early general elections. James Chin, professor of Asian studies at Australia’s University of Tasmania, said he believed negotiations for the formation of a new government are still ongoing.
“The big question mark now in Kuala Lumpur is that people have not seen the list of MPs supporting Anwar ... and people are very cautious,” he said. Science and Technology Minister Khairy Jamaluddin countered Anwar’s claim. He tweeted a picture of the Cabinet meeting, saying: “Cabinet meeting just ended. Nothing collapsed or fell.” 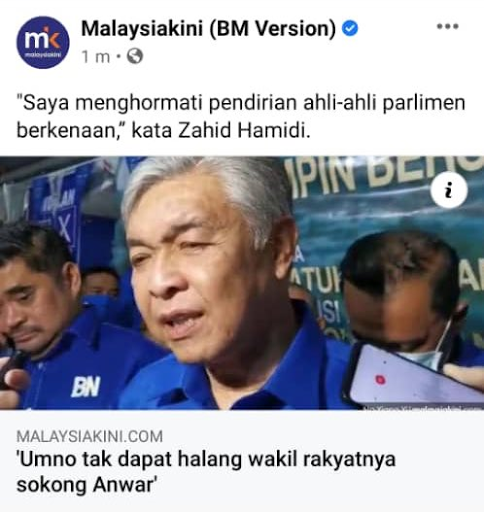 But the leader of the biggest party in Muhyiddin’s coalition said he was aware that many lawmakers from his Malay party are backing Anwar as premier and that he cannot stop them. Ahmad Zahid Hamidi said Muhyiddin’s government was formed based on support of individual lawmakers and that his Malay party wasn’t formally part of the ruling coalition — further muddying the situation.
Anwar said that forming a new government will be the king’s “sole discretion” but noted that it will not be an unelected one even though it involves new partners.
Anwar’s Alliance of Hope was elected in 2018 but collapsed after Muhyiddin withdrew his party and tied up with corruption-tainted opposition parties to form a Malay-centric government in March. Then-Prime Minister Mahathir Mohamad resigned in protest, and Anwar said Wednesday that Mahathir won’t be part of his new government.
If he succeeds, it will mark a dramatic comeback for Anwar after his roller-coaster political journey since the 1990s.
Once a high flyer in the ruling party, Anwar was convicted of homosexual sodomy and corruption after a power struggle with Mahathir in 1998. He was imprisoned for a second time for sodomy in 2014.
Anwar and his supporters have long denied the sodomy allegations, saying they were concocted to destroy his political career. Yet rather than give up, Anwar ended his feud with Mahathir from his prison cell to forge a new opposition alliance that won a stunning victory in May 2018 national elections.
Mahathir became premier a second time. Anwar was freed with a royal pardon days after the polls and was Mahathir’s designated successor before their alliance fell apart. - AP 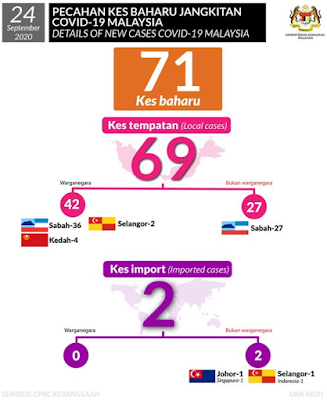 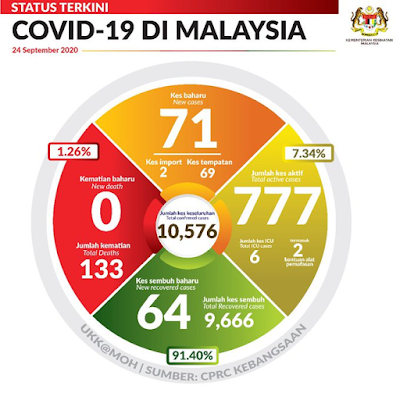