Fellows Sabahans , please exercise your rights today by voting out those BN/PN
thieves that stole your wealth and restore this land for our future generations...
'Beri Warisan Plus peluang untuk lima tahun lagi' 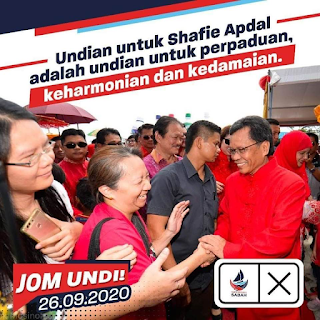 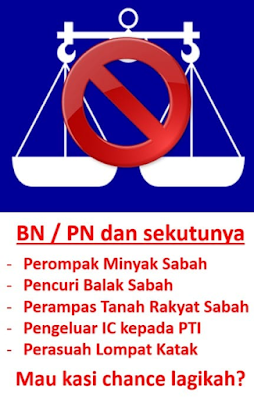 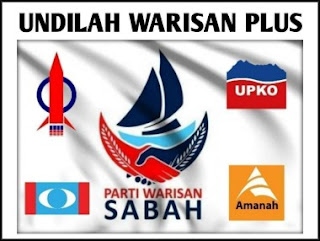 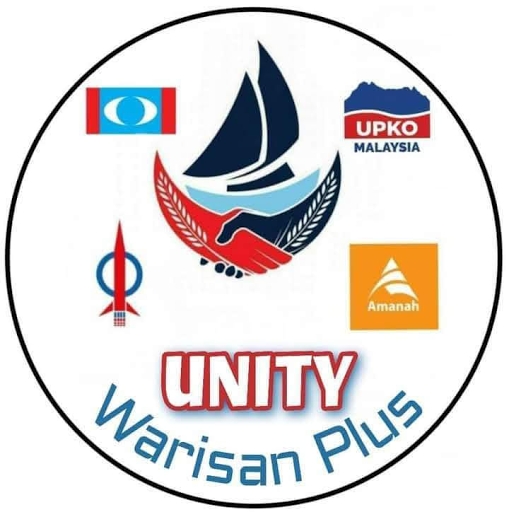 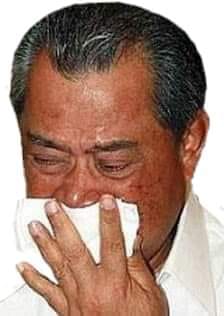 The Cost of Muhyiddin’s
Overreach in Sabah...
Should Tan Sri Muhyiddin Yassin’s short stint as Prime Minister come to an end soon, who is to be blamed? Half of the fault lies with Datuk Seri Hamzah Zainuddin while the other is squarely on Muhyiddin himself for trusting Hamzah as his chief political operator. And, Sabah would be the “beginning of the end” for Muhyiddin and Hamzah.
Hamzah was the chief plotter of the Sheraton coup, alongside Datuk Seri Azmin Ali and, to a lesser extent, Datuk Seri Hishammuddin Hussein. The troika positioned Muhyiddin as Prime Minister. Hamzah has been a relatively faceless but effective UMNO political operative for most of his career, including operating for Datuk Seri Najib Razak and his wife Rosmah Mansor for a number of years.
After the 2018 election, Hamzah joined Tun Dr. Mahathir Mohamad’s Bersatu and eventually used the party as a vehicle to launch a coup against the 9th May 2018 popular mandate for Pakatan Harapan. Azmin and Hishammuddin connect well with people but they have been on the pedestal as pretty faces. They are the front men while Hamzah is brain and chief operative.
Hamzah is well-versed with old politics. However, the problem for him now is that the once mighty UMNO is no longer powerful nor feared. And no amount of resources the party has can help it gain the upper hand when the margin in Parliament is razor-thin.
If Muhyiddin was smart enough not to trust Hamzah, there won’t be the Sheraton coup. However, both of them were under the illusion that they could garner 130 MPs including Dr. Mahathir Mohamad and Sabah’s Datuk Seri Shafie Apdal.
Nevertheless, they pulled off the coup only to realise that they had a bare minimum majority of 3 or 4 MPs. Due to the slim margin in Parliament, UMNO as the biggest block and practically every single MP can threaten the Prime Minister at any time.
After the 18th May Parliament opening by the King, I have been telling friends and foes alike that Hamzah’s usefulness to Muhyiddin has diminished as there would hardly be anyone crossing the floor after seeing how close the margin was.
The latest debacle – Hamzah’s Sabah venture endorsed by Muhyiddin – is an overreach of foolish proportions. In strategic terms, albeit much smaller in size, it was like Napoleon or Hitler opening two war fronts by entering Russia while fighting in Western Europe.
After the 18th May parliament sitting when Hamzah failed to trigger new MPs to cross over individually, he trained his sight on Sabah, hoping to lure, threaten or break up the Warisan-led state government. 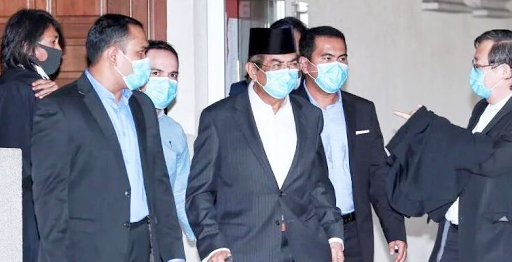 Musa Aman acquitted of all 46 charges of corruption charges...
Former Sabah Chief Minister Tan Sri Musa Aman was released from his 46 counts of corruption charges on 9th June. Hamzah then went on multiple “shopping spree” tours in Sabah that resulted in Musa Aman announcing that he had obtained majority on 29th July which led to Shafie’s counter move of seeking the dissolution of the Sabah State Assembly on 30th July.
One would have thought after the failed move, Muhyiddin and Hamzah would cut their losses and move elsewhere. But, no. Both of them dug in.
They launched Perikatan Nasional coalition in Sabah which was snubbed by UMNO. Then Muhyiddin formed Gabungan Rakyat Sabah. He even announced a Bersatu candidate to be Chief Minister-designate, to the chagrin of UMNO. He also underestimated the deep-seated rivalries between Kadazandusun-majority Parti Bersatu Sabah and STAR despite both parties being his allies.
The list goes on. One mistake after another. More surprisingly, given that Bersatu’s Datuk Seri Hajiji Mohd Noor or UMNO’s Datuk Seri Bung Mokhtar Radin were no match to Shafie in stature, Muhyiddin’s minders decided to make him (Muhyiddin) the “candidate” in the Sabah state election.
This is no-no in Sabah when anti-federal sentiments run high. It is comical to see Muhyiddin’s posters using the word “abah” to signify intimacy when Sabahans do not call their father “abah”. If there’s really a fatherly figure in the state, it is Shafie Apdal.
The Prime Minister also claimed that Sabah election would be a gauge of his popularity which would guide him to call for a general election should Perikatan won. I wonder what he meant by Perikatan win when there are also Barisan Nasional and PBS contesting under their respective banner.
Muhyiddin’s main campaign line in Sabah is that voters should elect parties linked to himself and in the same coalition with the parties that run the Federal Government.
The problem with that is Datuk Seri Anwar Ibrahim’s press conference at Le Meridien Hotel Kuala Lumpur yesterday had destroyed Muhyiddin’s premises for the campaign in Sabah – now no one knows if Muhyiddin would still be Prime Minister and whether Perikatan Nasional would still be the Federal Government by next month.
Muhyiddin’s over reliance of Hamzah, and Hamzah’s limited understanding of the world outside UMNO modus operandi of old politics, have led the Prime Minister into the contours of the hills of Sabah which is an unnecessary distraction to Muhyiddin’s national venture. The end is nigh for Muhyiddin. - Liew Chin Tong
Fellows Sabahans , please exercise your rights today by voting out those BN/PN
thieves that stole your wealth and restore this land for our future generations...
Mak Chik Kiah happy dapat duit... 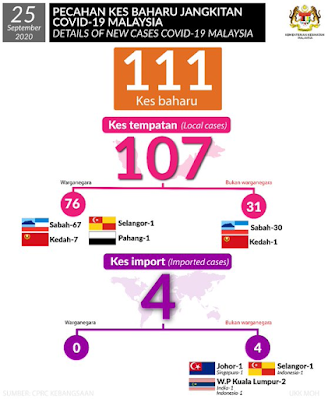 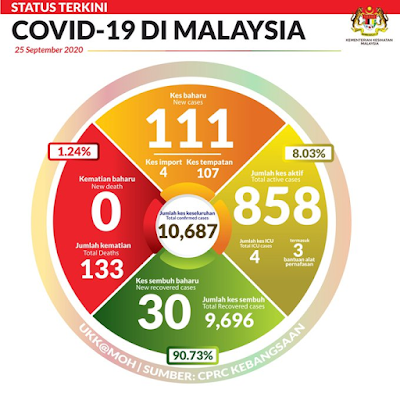