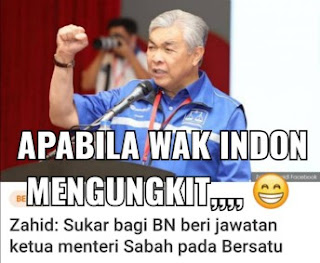 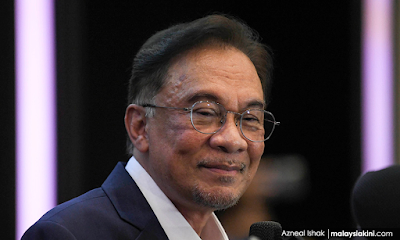 Discontent in Sabah could push
UMNO MPs into Anwar's arms...
The position of Sabah chief minister slipping from Umno's hands may push some of the already disgruntled MPs over the edge. This may work to PKR president Anwar Ibrahim's advantage in his bid to take over Putrajaya but does not guarantee success as several other factors are also at play.
Even before the Sabah election, the topmost Umno leadership had confirmed that some Umno MPs were already swaying towards Anwar. Anwar, on Sept 23, claimed he secured a majority in the Dewan Rakyat to form the new government and within hours, Umno president Ahmad Zahid Hamidi confirmed "many" Umno MPs were supporting Anwar.
Now, that discontent is set to grow with Sabah Bersatu chief Hajiji Noor being announced as the new Sabah chief minister. This was despite Zahid saying that it was "too costly" for Umno and BN to surrender the position to Bersatu. Umno had wanted its Sabah chief Bung Moktar Radin as the new chief minister.
Gabungan Rakyat Sabah (GRS), comprising the state BN (Umno, MCA, PBRS), PN (Bersatu, Star, SAPP) and PBS, won last Saturday's Sabah election with 38 out of 73 contested state seats. All these parties, except SAPP, are part of the PN federal government but at the state level, PN is one of three components in GRS.
Even though the 14 state seats Umno won in the Sabah election were the most by a single party in GRS, its BN allies MCA and PBRS failed to deliver anything. As a coalition, PN has more state seats at 17, with 11 coming from Bersatu and six from Star. SAPP won nothing while PBS won seven.
GRS today sought to present a united front, declaring that Hajiji had unanimous support from them. Umno's Bung pressured to give up CM post But behind the scenes, Sabah Umno was left with little choice as it didn't have the numbers. Zahid, when contacted about the latest development, told Malaysiakini that Bung was pressured to make the concession. 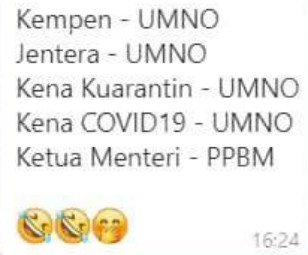 UMNO Kena Kencing...
"Bung was pressured to compromise based on the demands by the 14 BN assemblypersons so that they can be part of the new Sabah government. "The compromise was to make way to Hajiji. The decision was made by Bung with input from senior Umno leaders negotiating in Kota Kinabalu," he told Malaysiakini.
Another factor working to Anwar's advantage is the fact that Warisan president Shafie Apdal has somewhat lost his shine after failing to retain Sabah. DAP and Amanah had wanted Shafie as Pakatan Harapan and its allies' alternative prime ministerial candidate to Anwar, believing that as an East Malaysian, Shafie was in a better position to convince Sarawak MPs to join forces.
However, the landslide victory they had hoped for in Sabah, in order to boost Shafie's position, did not materialise. Anwar, has for the longest time, struggled to muster the support of Sarawak MPs, particularly from Gabungan Parti Sarawak (GPS), and is now taken another direction by courting MPs from Umno.
DAP had expressed surprise at the direction and stressed that it cannot work with Umno if the group Anwar is wooing is led by either Zahid or former prime minister Najib Abdul Razak, both of whom are facing corruption charges.
Najib was already found guilty in some of the charges against him. He was on July 28 sentenced to 12 years in jail and an RM210 million fine. He is presently out on bail pending appeal. At present, Pakatan Harapan has 91 MPs in the Dewan Rakyat and need 21 more for a simple majority.
Anwar has not revealed who are the MPs who are purportedly backing him, insisting that he must first present them to the Yang di-Pertuan Agong. The Agong is undergoing medical treatment and is not yet available. The yet-to-be-registered Parti Pejuang Tanah Air (Pejuang) which has five MPs and is led by former prime minister Dr Mahathir Mohamad, has indicated that they won't support Anwar. 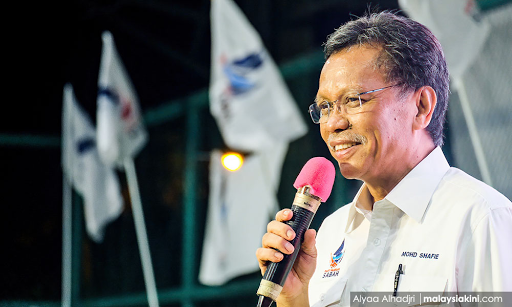 Warisan's MPs could save Muhyiddin Up until the Sabah election, Warisan and Upko which have 10 MPs have also aligned itself with Pejuang in the third bloc. However, the dynamics have changed. Shafie could potentially support either Anwar or Muhyiddin if they could facilitate Warisan's return to power in Sabah.
For Prime Minister Muhyiddin Yassin, faced with the threat of some Umno MPs defecting to Anwar, it would be prudent to keep the door open to Warisan and Upko, whose 10 MPs could make all the difference. At present, Muhyiddin only has the support of 113 out of 222 MPs in the Dewan Rakyat. He could easily lose his majority if two MPs defect.
Warisan will also be observing Anwar to see if he can mount a credible challenge against Muhyiddin's PN coalition as it plans its next move. The Pakatan Harapan top leadership met at the PKR headquarters in Petaling Jaya this evening, believed to be in relation to Anwar's take over attempt, but have no released details of the meeting. Concurrently, Shafie was also organising meetings in Kota Kinabalu and has been tight-lipped about it.
Whether Anwar truly has the numbers will only be known after he secures an audience with the Yang di-Pertuan Agong. In the meantime, Warisan's positioning in Sabah could influence the shape of the federal government in the next weeks.
Warisan, with 23 seats, is the biggest party in Sabah. However, its allies were only able to deliver nine seats in the Sabah election, giving the Warian Plus alliance a total of 32 compared to GRS' 38 seats. The remaining three seats were won by independent candidates.
Earlier today, Hajiji received an invitation to attend the swearing-in ceremony. According to Bernama, Hajiji received the letter from Sabah governor Juhar Mahiruddin personally at the Istana Negeri, Kota Kinabalu at 4pm today. Whether Warisan springs a last-minute surprise, backs Hajiji or settles as the opposition tomorrow, all will be closely watched. - mk 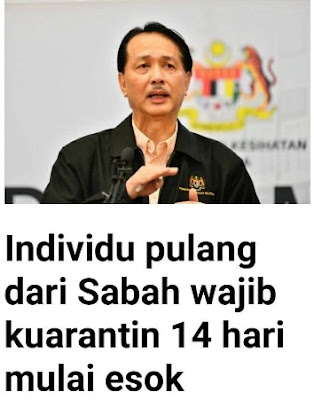 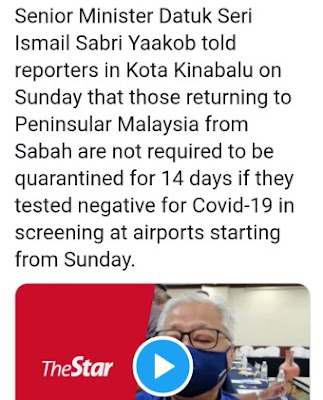 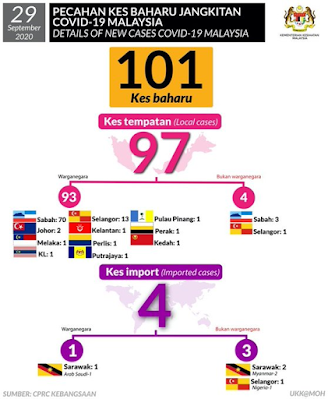 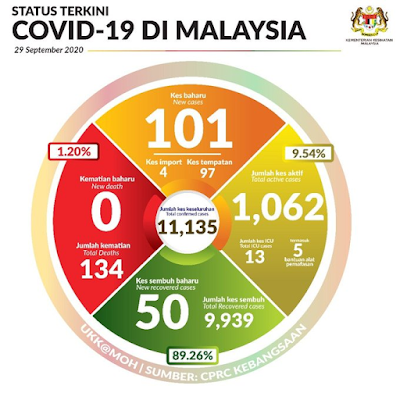