Speaking to CNA's Melissa Goh in an exclusive interview, Mr Anwar also conceded that
a snap election may be called before the opposition manages to unseat the current government.

PKR president Datuk Seri Anwar Ibrahim said he would not accept Pakatan Harapan’s proposal for him to succeed Tun Dr Mahathir Mohamad as prime minister after six months as the arrangement would come at a heavy cost to the country.

In an interview with Channel News Asia, the federal Opposition leader said the short transition would mean at least half a year of uncertainty over matters such as the permanence of the Cabinet and policies introduced.

“You have six months when you are not able to focus on reforms and the economy,” Anwar said emphatically.

When the interviewer asked him if there was any way he would consider working with Dr Mahathir as the latter’s deputy, Anwar pointed out there have already been two Mahathir administrations.

Anwar expressed his belief that Malaysia needed to move on at this point and that Malaysians as a whole deserved “something better” after being plunged into disillusionment with the country’s politics.

Despite his insistence that Dr Mahathir should not return as the prime minister for a third time, Anwar said he was not opposed to an advisory role for the former, possibly in the shape of senior minister or minister mentor as was practised in Singapore when Lee Kuan Yew stepped down. 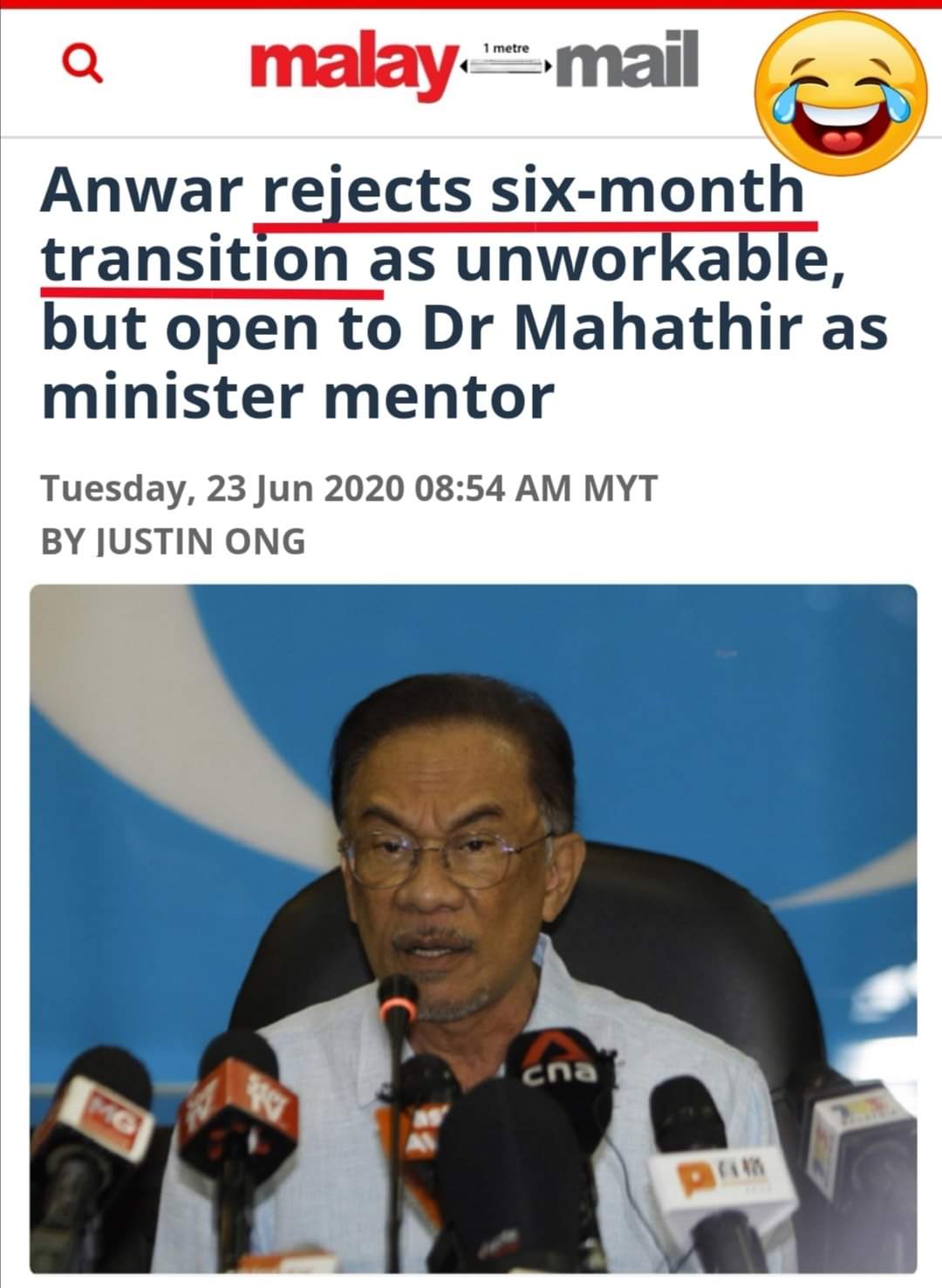 PH and its allies in the grouping dubbed “Pakatan Plus” are deadlocked over their choice of candidate to be prime minister, with PKR adamant that it would only accept Anwar while the rest continue pushing Dr Mahathir as an interim compromise

Yesterday, DAP and Amanah sought to convince Anwar and his party to accept the deal by saying the agreed transition and timeline would be formalised in a written agreement.

Anwar’s reluctance may stem from Dr Mahathir’s previous term as the prime minister, when the latter repeatedly delayed his promise to relinquish the post to his former deputy by simply insisting he would honour the pledge eventually.

Lawyers also told Malay Mail yesterday that they did not believe such an agreement would have any effect in law as the matter of prime minister’ appointment and resignation was already codified in the Federal Constitution.

Dr Mahathir resigned as the prime minister in February to trigger the collapse of the PH administration, which then allowed Perikatan Nasional to seize control of the federal government unelected. Since then, however, he has mounted a campaign to be reappointed in the position.

Prime Minister Tan Sri Muhyiddin Yassin is also rumoured to be considering an early general election both to secure his personal mandate and to dispel views that his administration was a “backdoor” government.. - Justin Ong

Dr Mahathir Mohamad is prepared to end his working relationship with PKR if it continues to oppose his candidature for the prime minister post. In an exclusive interview with Sin Chew Daily, the nonagenarian said he would stop collaborating with PKR president Anwar Ibrahim if the impasse is not resolved and explore other means to become prime minister for the third time.

However, Mahathir said he would continue to work with DAP and Amanah since the two parties supported him for the top post. “I won’t cooperate with him (Anwar) anymore because he does not want to work with me. I need to find other ways to become PM. There might be some other ways,” he said.

Malaysiakini contacted Mahathir's aide for clarification if this meant the former premier has decided to shut the door on PKR. However, the aide said this was more of an "ultimatum" should Anwar and PKR continue to remain adamant.

The aide also said Mahathir meant he would explore other avenues to "bring down the backdoor government". If the option for him to become prime minister for six months before passing the baton to Anwar falls through, Mahathir said he was willing to leave the informal alliance of Pakatan Harapan Plus. “No, I think I will quit,” he said.

Elaborating, he recalled how Pakatan Harapan and its predecessor Pakatan Rakyat had failed to form the government before he and Bersatu joined forces with them. “They have been in the opposition for so long. Before I joined them, in 2008 and 2013, they tried to win but they lost. They couldn't win.

“I joined them in GE14, and with enough Malay support, we won. “They were very clear, they needed Malay votes to win and thought I could bring them Malay votes because Bersatu is a Malay party, and the Malays won’t support multiracial parties,” he said. - mk 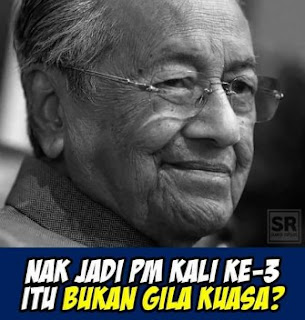 More importantly, Dr.M fuckup Pakatan Harapan bigtime to allow Muhyiddin and Azmin to hijack the government in mid-term. Not Dr. Mahathir this time. Anwar Ibrahim is correct. In 6 months a PM can't achieve anything. Last government under Tun Mahathir took 22 months in governance. He couldn't deliver in 22 months. Is he "David Copperfield" to do magic in 6 months? Malaysians need fresh start.- TS

PH would be the government of the day today had Mahathir not resigned as PM. The political reality is this, it is almost near impossible to unseat a sitting PM. Mahathir resigned because he wanted to kick out the PH government as he had support from Umno, Pas, Azmin cartel & his own Bersatu to form another Malay based govt. Soon after he resigned he wanted to be PM of a Unity govt. Today he wanted to be PM of PH plus & hoping PKR to support him, the very parry he backstabbed.This old man is evil..- Ramli Mohamad

Mahathir lost THREE by-elections. He has literally no party. His own party is working with UMNO.Mahathir is incredibly weak. Amanah likely has a better chance at Malay seats than Mahathir's failed politics, frankly, and that's saying something! - IndigoJaguar7545

Dr M should not claim all the credit for the results of GE14. I think more credit is due to Sarawak Report, The Edge, MalaysiaKini and other social media for publicizing the 1MDB scandal and other abuses of power. It was the rakyats' anger that led to the fall of BN. There was no 1MDB scandal in 2008 and 2013. - Blurcarp9264

He is hoping to cut PKR from PH.With DAP and AMANAH, and GPS and Warisan as well as some from Bersatu Nd maybe some from UMNO he may have enough support to be PM. DAP and AMANAH should now come out to say they will no longer support him..I have said many times he is still thinking of a unity govt. - White Mamba

With 5 MPs and no party Dr M is in no position to give ultimatums. He cannot claim to represent the Malays because the 3 Malay based parties are in PN. Even PKR and Amanah have more Malay MPs than him and are more capable of representing the Malays than him. - Cynical

If he ever think from the point of Rakyat for just one second, he would not insist to be the PM, but rather work together harmoniously to save the country. - Michelle Low 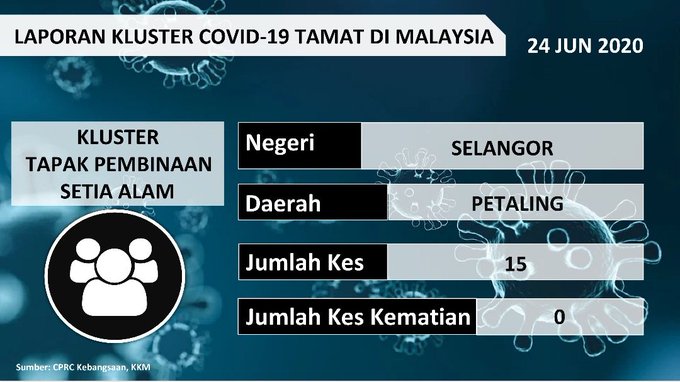 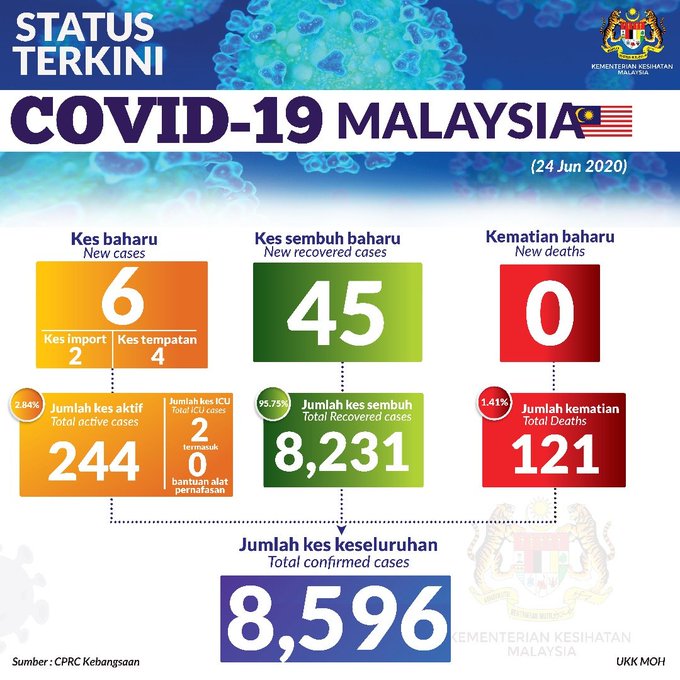