'Najib ordered me to kill Altantuya' - Azilah claims in SD...

In admitting for the first time that he and Sirul Azhar Umar killed the Mongolian national, he claimed that he was merely following an explicit “shoot to kill” order as a member of the elite Special Action Force (UTK) of the police.

These details were contained in an application filed by Azilah, who is seeking the Federal Court to review its decision in the conviction and death sentence imposed on him and Sirul, who is also a former UTK personnel, in 2015.

He is also seeking a retrial in order to provide full evidence on the clandestine operation in open court so that "justice will be served". The court has fixed tomorrow for case management.

Azilah claimed there was suppression of evidence and material facts during the proceedings at the High Court and Court of Appeal.

In more shocking allegations contained in a statutory declaration (SD) dated Oct 17, 2019, sighted by Malaysiakini, Azilah claimed Najib ordered him to “arrest and destroy” Altantuya, whom the then deputy prime minister described as a "foreign spy" and a "threat to national security."

"I asked the DPM (deputy prime minister) what he meant by arrest and destroy the foreign spy, he responded: 'Shoot to kill', and indicating it with a 'slit the throat' gesture.

"When asked the purpose of destroying the foreign spy with explosives, the DPM replied: 'Dispose of the foreign spy's body with an explosive device to remove the traces and the explosives can be obtained from the UTK store (armoury)."

The SD was filed together with the affidavit as a supporting document.

Apart from this, Azilah claimed Najib told him to be “cautious of the female foreign spy as she is a smart talker and is cunning – one of which (is for Altantuya to claim) she is pregnant.”

The former police officer also explained the delay in making an application for a review of his case.

In early 2018, Azilah said, he had planned to make a SD but decided to put it off for fear of it being misused by certain parties as the 14th general election was approaching.

"My purpose for disclosing the evidence and material facts (of this case) is not only because I feel I have been betrayed by interested parties but also to express the truth on what happened in the murder of Altantuya,” he said.

"I also hope that my colleagues in the UTK and the police force will be careful in executing orders so that the issue of betrayal and being made a scapegoat will not recur.” 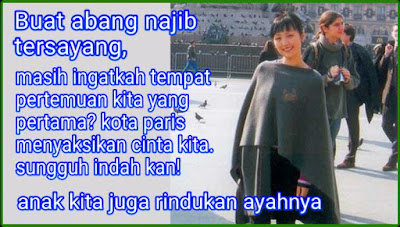 In outlining the course of events in the SD, Azilah said he met Najib on Oct 17, 2006, at the Seri Kenangan Residence in Pekan, which is Najib’s hometown in Pahang.

He alleged that Najib had asked him (Azilah) to "kill an international spy" and this was repeated by Razak Baginda at his office in Bangunan Getah Asli, Kuala Lumpur, the following day.

According to his SD, Azilah claimed Razak Baginda also asked him during this meeting if he remembered a woman he and the DPM met at the lobby of a condominium in London.

“I told him that I cannot remember her but I remember escorting the DPM and Razak Baginda from the hotel to the condominium. Razak Baginda then told me that the woman is the foreign spy which he meant,” he said.

Azilah claimed that when he saw the woman outside Razak Baginda's residence in Bukit Damansara later, he remembered meeting her with the former and Najib at the London condominium.

Najib has repeatedly maintained that he had never met Altantuya and even swore this in a mosque (see video below).

Meanwhile, Azilah claimed he was “instructed, informed and believed” that the order for the covert operation came directly from the DPM and through his aide-de-camp at that time, DSP Musa Safri.

He averred in his affidavit that there was no personal motive or reason for killing Altantuya, but both Najib and Musa said the operation was "imperative for national security".

"After the operation was carried out, I was given an assurance by Musa that any matter arising would be sorted out by the DPM as long as I did not involve his (Najib's) good name.

"At all material times, I believed that I am responsible for keeping secret and confidential information in relation to the operation.

"I was confident that I will be assisted by the DPM by all means, including that I would not be charged in court and will be protected from any issues arising from the operation," Azilah added in his affidavit.

During police investigations, Azilah said the investigating team discovered the involvement of the DPM in the case, but he denied the information came from him. He believed that information was provided by Sirul.

However, Sirul, in a video recorded in 2006 while under detention at an immigration detention centre in Australia, swore that Najib was not involved nor linked to the Altantuya murder.

A source close to him said there were people who had attempted to bribe or coax him into implicating Najib.

But, in his rejected application for asylum, Sirul did claim that he was ordered to kill Altantuya because she was a Russian spy.

Among others, Azilah also made the following revelations in his affidavit:

When he received instructions from the DPM and Musa, he did not receive it in writing. The instructions were verbal;

He agreed and carried out his duty to perform the operation in good faith because it involved national security; and

He believed that the BN at that time was in a strong position in government and any attempt to disobey the orders of the DPM would tarnish his name and will only cause detriment to himself. 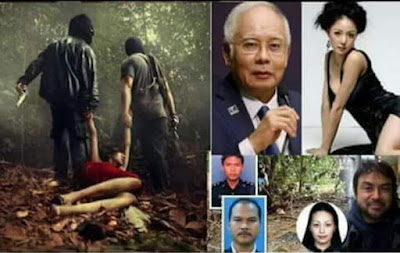 He said after the Federal Court in 2015 reinstated the decision of the High Court - which the Court of Appeal had two years earlier dismissed and freed both Azilah and Sirul - he called Musa but was told to be patient.

"I told Musa: 'Kalau macam ini baik saya bongkar and beritahu semua.' (If this is the case, I might as well spill and tell everything).”

Azilah said he also delayed his application for a pardon from the Selangor sultan so that the process of his execution would be postponed as well.

The former police officer also apologised for his involvement in the operation, which resulted in the loss of an innocent life.

"I humbly seek forgiveness from Altantuya's family on what happened as I had no choice at the time, other than to follow orders,” he added.

Meanwhile, Najib,who had previously questioned why the Pakatan Harapan administration had not re-opened investigations into Altantuya's death, described Azilah's allegations as a “complete fabrication”. - mk

Azilah Hadri's final concluding remarks..He had no reason to kill Altantuya
without orders from Najib and Musa Safri... 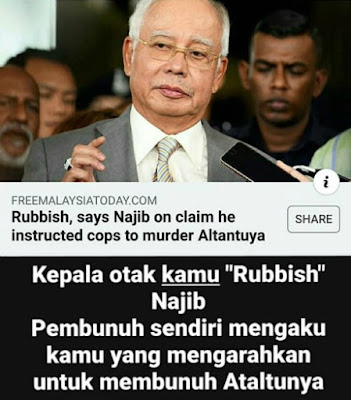 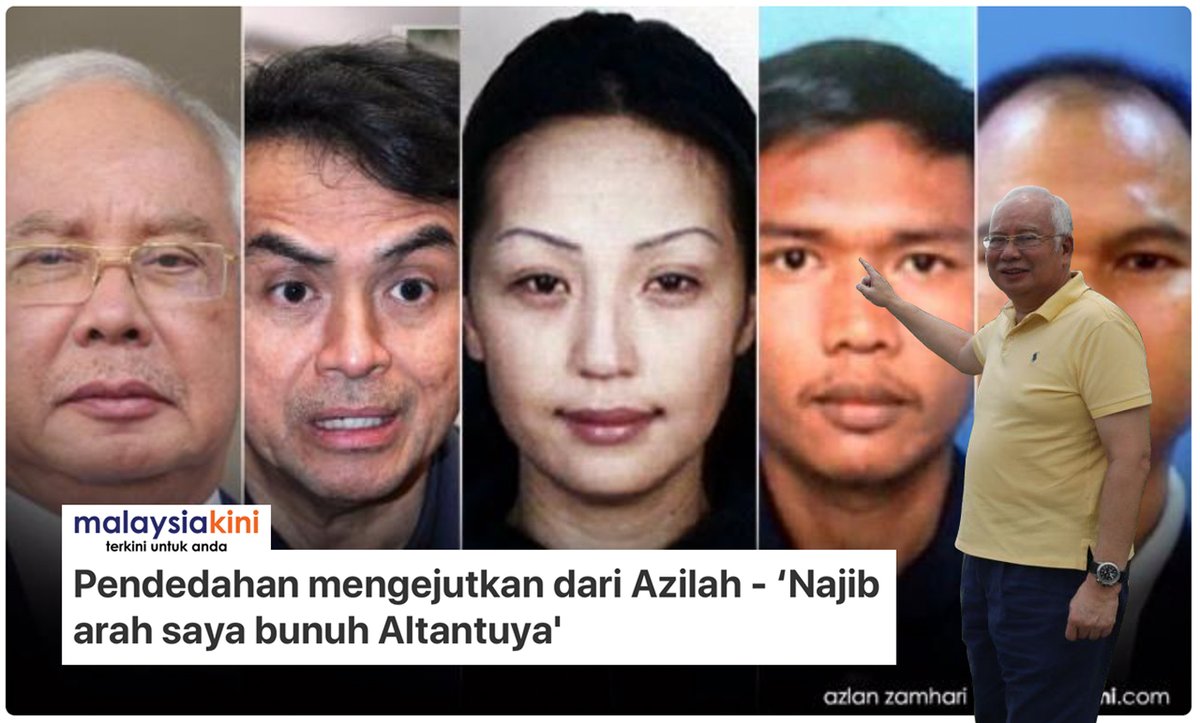 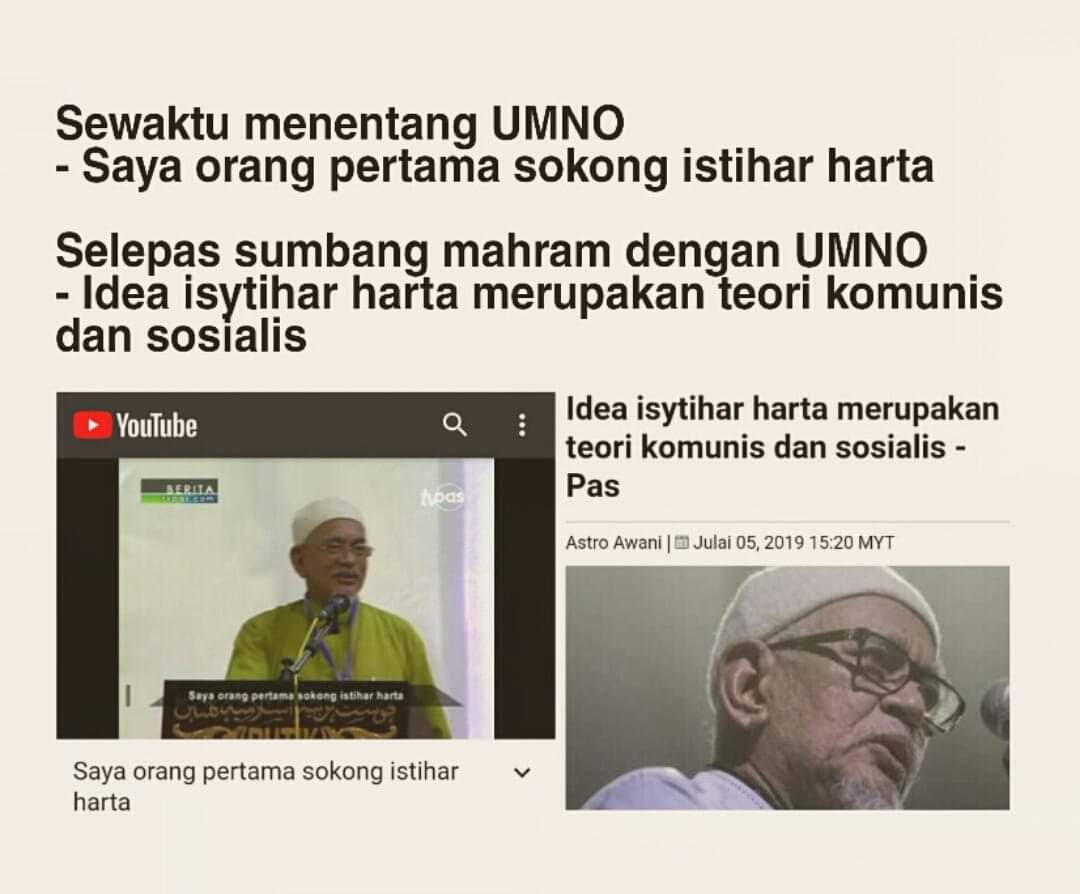