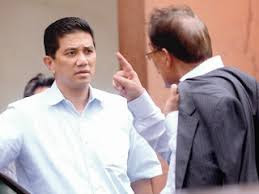 Anwar On His Way To
Become The Next Prime Minister...

Anwar, who is also the president of PKR (People’s Justice Party), was threatened by Azmin’s boys that an internal crisis would split the biggest party in the Pakatan Harapan coalition government – unless the president apologises over the sacking of two party members aligned to his deputy. As it turns out, Azmin pointed an empty gun to Anwar’s head.

Just as Anwar was set to celebrate the party’s 20th anniversary in Melaka, minions aligned to Azmin deliberately threatened to hold a similar gathering at the Renaissance Hotel in Kuala Lumpur. However, Anwar wasn’t born yesterday and he knew how to play the game. The powerful party’s secretary-general, Saifuddin Nasution, happens to be Anwar’s man.

Therefore, Azmin can huff and puff all he likes about sponsoring another congress, but without the secretary-general to issue official notice and annual financial statements, all those meetings and gatherings are considered “illegal”. As a seasoned politician, Anwar calls Azmin’s bluff. Anwar’s boys have told Azmin to hold his illegitimate gathering – if he dares.

Premier-in-waiting Anwar subsequently announced that PKR members, including party leaders (obviously referring to Azmin) who attend the “parallel” congress in Kuala Lumpur will be sacked. He also said that as many as 83% of delegates had registered for the party’s congress to be held in Melaka. Holding an empty gun, the arrogant Azmin had no choice but surrenders.

Mr. Azmin, who had never attended a single central leadership council meeting since he was elected in November 2018, finally agreed to meet Mr. Anwar in the Parliament. After the two leaders met, PKR announced that Azmin would open both the national assemblies of the parties Youth and Wanita wings. Previously, Azmin was dropped from opening the PKR Youth congress. 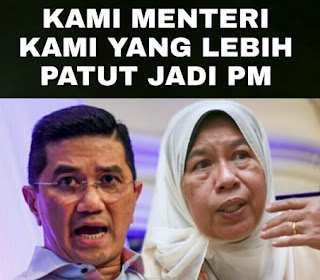 It was a face-saving effort to spare Azmin from the humiliation of losing the battle against his boss. With tail between legs, the deputy president of PKR scrapped the gathering planned at the Renaissance Hotel in Kuala Lumpur. Not only did he attend the congress in Melaka, he also called the PKR’s members to ensure the party remains as the “Rock of Gibraltar” of the Pakatan government.

Heck, in his latest U-turn, Azmin has also defended Anwar after the PKR president was being accused of having sexually assaulted Muhammed Yusoff Rawther, an accusation which suddenly appeared just a day before the party’s congress. Amazingly, the blue-eyed boy of PM Mahathir no longer demands for an apology from Anwar over the sacking of two of his loyalists.

PKR’s decision to sack Zakaria Abdul Hamid, a member of the PKR Central Leadership Council and a supporter of Azmin Ali, had led to protests by the Economic Affairs Minister and 19 other party leaders. Zakaria and an ordinary member from Pahang, Ismail Dulhadi, were fired following corruption allegations brought against them by the Malaysian Anti-Corruption Commission (MACC).

Two other loyalists of Azmin, PKR Youth permanent chairman Muhamad Mizan Adli Mohd Nor and his deputy Mohd Ramly Ahmad, were also sacked last week from their positions due to their ages and discrepancy in the votes they received at last year’s Youth Congress. Despite the chaos created at the PKR Youth Congress opening today, both troublemakers have been officially replaced.

PKR Youth has appointed Melaka PKR Youth Secretary Rashid Abu Bakar as its new permanent chairman, while Kedah PKR Youth secretary Wan Mohamad Syahezral Wan Shahidan was named the new permanent deputy chair. The sacked chairman Mizan was reportedly smuggled into the congress before being thrown out. And Azmin could not do anything about it. 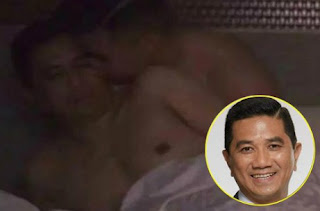 Flexing his muscle, Anwar Ibrahim ordered the party’s disciplinary board to sack all troublemakers involved in fighting at the PKR Youth Congress today (Dec 6). The only explanation as to why Azmin Ali could not and would not protect his own loyalists in the latest fiasco is that he has lost to his boss in the game of brinkmanship.

As published previously, Azmin was bluffing and did not actually have the number for Mahathir – his political master – to stay as the prime minister. Azmin’s inability to protect his minions like Mizan provides further proof that the PKR traitor did not have the sufficient MPs to form a new “Malay-only” coalition government with opposition UMNO and PAS.

Now, do you also understand why we said that while Azmin desperately wanted Anwar to sack him so that he could cry being victimised, the smarter Anwar has instead chosen to give him enough ropes to hang himself by refusing to fire him? The sacking of some of Azmin’s loyalists was done to send a message to his other supporters that the game is over.

Even Wanita PKR, aligned to Azmin has declared peace in the party after the Anwar-Azmin’s meeting. Anwar’s latest manoeuvre has brought back Azmin under his control. By obediently attending the congress organized by Anwar’s camp, and pledging to defend Anwar against the latest sexual accusation, Azmin essentially acknowledges his boss’ dominance in the party.

In the same breath, Azmin’s chickening out of a plan to openly revolt against Anwar shows he could not swing at least 15 out of PKR’s total 50 Members of Parliaments  to form a new government, let alone split the party to the extent of a collapse. It was quite shameful that Azmin’s boys had to resort to paying some small time black-shirt mobsters to create violence at the congress today.

If indeed Azmin commanded a meaningful support base within the PKR, as he would like people to believe, he would have happily proceeded to organize his own version of congress in Kuala Lumpur – hoping to get sacked. He would not even have agreed to a meeting with Anwar since he could form a new party of his own, or to join Mahathir’s party PPBM (Bersatu).

Mahathir’s humiliating defeat in the Tanjung Piai by-election has indeed changed the political landscape within the ruling Pakatan Harapan coalition government. The secret dinner called by Azmin recently that saw 22 MPs (Member of Parliaments) – 17 from opposition UMNO and 5 from Azmin’s PKR faction – braved the heavy rain to his house had failed to do the trick.

Anwar Ibrahim appears to have checkmated his deputy Azmin Ali, who was plagued with videos implicating him in gay sex scandal in the Four Points Sheraton hotel room in Sandakan, Sabah on May 11, 2019 with another man, Muhammad Haziq Abdul Aziz. More importantly, Anwar shows that he is a bigger man for not taking any action against the rebellious Azmin.

In truth, Anwar wanted to preserve the status quo that PKR is the biggest party in the ruling government. It would strengthen his claim as the next legitimate premier. In addition, it would impress upon Mahathir that he would not seek vengeance against the family members of Mahathir for past corruptions, as pro-opposition cybertroopers, propagandists and bloggers have been drumming.

The accusation that Muhammed Yusoff Rawther was sexually assaulted by Anwar was a stunt to throw a cat amongst the pigeons – testing the water to see the public’s reaction about the possibility of staging a Sodomy version 3.0 drama against the PKR president. But as expected, the sloppy job has failed spectacularly to even raise the slightest suspicion that Anwar was involved.

The return of peace to PKR (at least on paper) will pave the way for Anwar to become the 8th Prime Minister of Malaysia. Perhaps opposition UMNO already knew the endgame hence claiming they are no longer interested in returning to the government using backdoor. That probably explains why UMNO Youth today asked about the consequences if Anwar was able to fulfil Pakatan’s general election manifesto. - FT 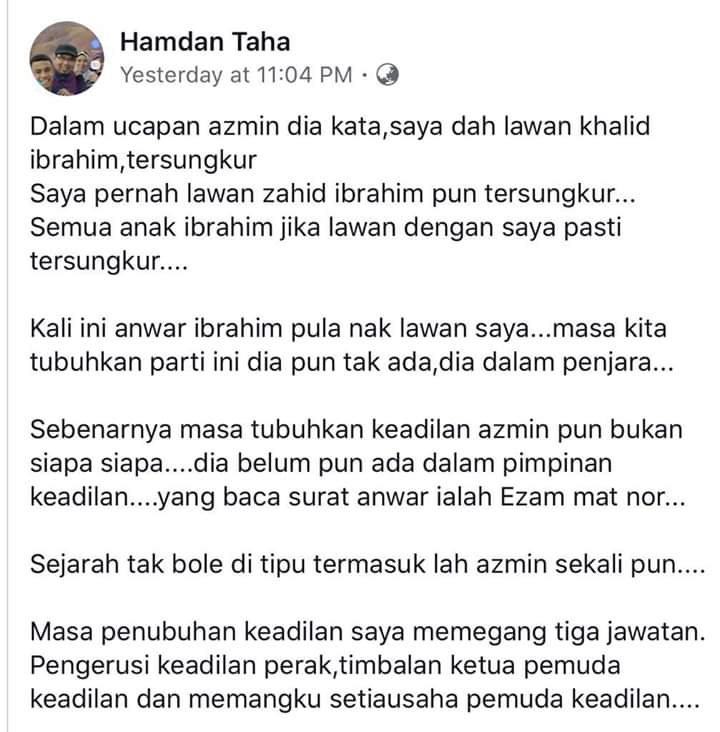 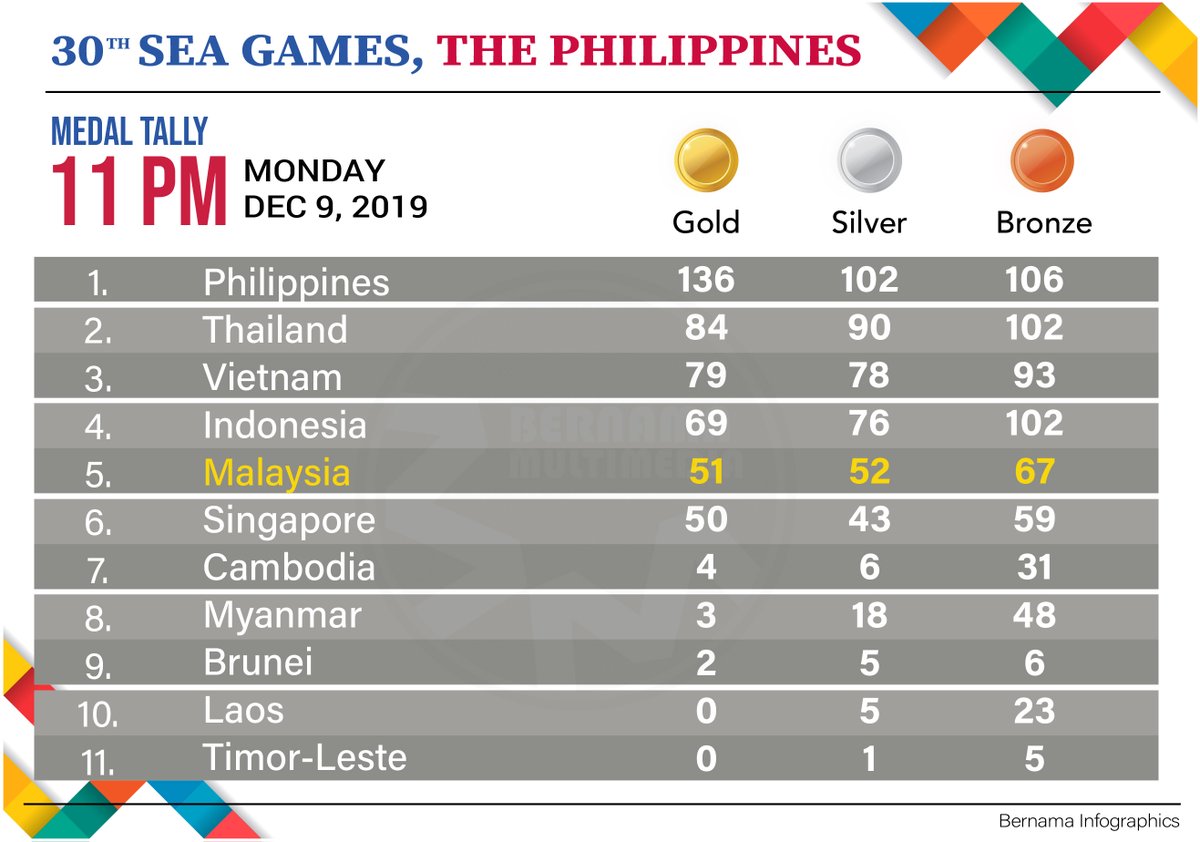 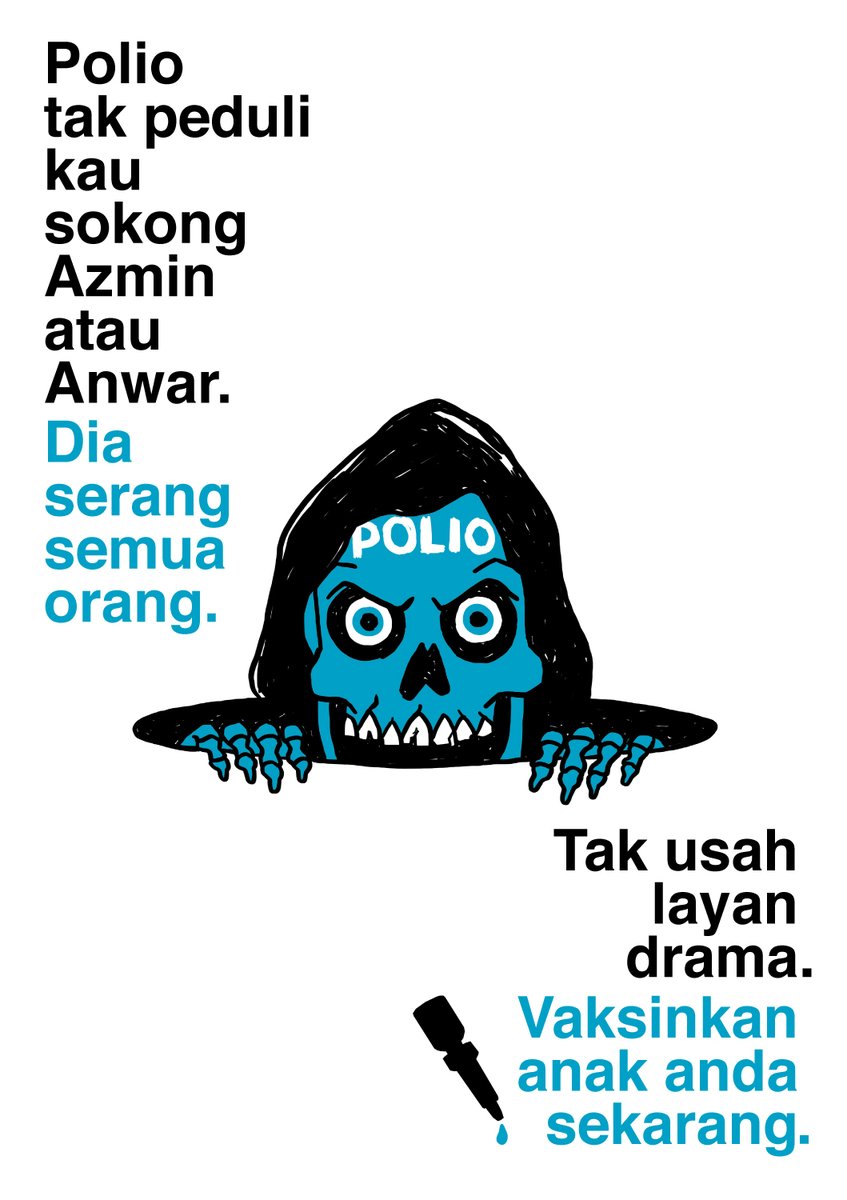