April is full of things we can look forward to, but all eyes will be on Avengers: Infinity wars the 14th General Election (GE14). Before the parliament has even dissolved, analysts, politicians and other speculators from both side of the political divide are already offering their predictions and evidence as to which party will capture Putrajaya in GE14 – Barisan Nasional or Pakatan Harapan?

The question is obviously of interest to many Malaysians. After all, it determines the fate of the entire country, and its exciting to see who is going to lead us for the next 5 years. But this time around, all evidence points that Pakatan Harapan might actually win the elections, and here’s why:

1. The Mahathir effect will cause a Malay tsunami for Pakatan...

According to political risk news and analysis publication Global Risk Insights, the return of Dr Mahathir to politics is significant and perhaps among the biggest factors behind Pakatan defeating BN in the next election. In their report, they credit Mahathir with unifying Pakatan and allowing them to win over rural constituencies that they would otherwise have been unable to enter. Think of it as Pakatan becoming friends with the popular kids at school and finally getting invited to all the political parties.

But Mahathir’s influence is only part of the broader picture expected to be seen in the upcoming elections. Many are predicting a “Malay tsunami” this time round, referring to a tidal wave of support for Pakatan in previously UMNO-held seats. Despite the term being first used by DAP Kluang MP Liew Chin Tong back in 2015, it was revived last year by Bersatu president Muhyiddin Yassin to describe UMNO’s loss of support among Malays.

“The leaders are getting nervous. They know the people, the Malays themselves, are rejecting Umno.” – Bersatu president Tan Sri Muhyiddin Yassin, as quoted in The Malaysian Insight.

Although Mahathir’s role in Pakatan is expected to be the key reason for this, high living costs, lack of jobs, and other economic problems will also be another key trigger for a Malay tsunami. But speaking of triggers… 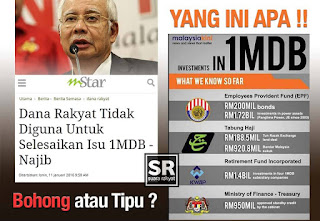 2. The number of allegations against the gomen are getting hard to ignore...

When the first reports of 1MDB were just starting to come out in 2014, Malaysians would have NO IDEA how far and wide the allegations about corruption would spread. Almost four years later, we’ve seen an UMNO leader file police reports against 1MDB in five countries, a deputy PM and an AG sacked for poking around 1MDB, the US Department of Justice filing a lawsuit to seize money that had been illegally taken from 1MDB, aaand… Leonardo DiCaprio having to return an Oscar gifted to him by some flers connected to 1MDB.

But this hasn’t even been the only scandal to hit BN in the past five years. Two years ago, questions were raised when federal land authority FELCRA chaired by BN MP Bung Mokhtar spent a RM687 million to bail out a construction project. A year later, another BN MP, Annuar Musa, was suspended as chairman of MARA for allegedly forcing the government agency to sponsor a Kelantan football team. A couple months after, suspicious payments by land scheme company FELDA resulted in the suspension of its CEO and CFO.

In response to these scandals, voters in Ketereh (Annuar Musa’s constituency) and FELDA settlements have increasingly shown discontent with BN. To tap into these sentiments, Pakatan’s manifesto launched last monthpromised that they would set up a Royal Commission of Inquiry to investigate each of these scandals and restructure the management of the companies involved.

Which might be exactly what they need to win this election, especially when you consider…

Although Najib was seen by many as a reformist in the last elections, BN still suffered its biggest defeat everby winning less than 50 percent of the popular vote for the first time in history. Today, they have the same guy as PM + all these extra scandals that weren’t there in 2013, which would explain why support for BN has been dwindling across Malaysia, much to Pakatan’s favour. Kinda like if ugaiz found out the weird kid in your school ALSO hates kittens.

According to the Invoke survey of over 200,000 RESPONDENTS across the peninsular Malaysia, only 29% of Malays supported BN in February compared to the 41% support it enjoyed in December. This translates into a6% decrease each month which if compared to Pakatan, is worse once they realize Malay support for Pakatan has been steadily increasing, from 10% in December to 14% in February.

This pattern has also been recorded by other researches as well. Earlier this year, the Merdeka Centre surveyed over 1,000 respondents in Johor, which has long been considered to be a BN stronghold. There, they found that support for BN among Malays in Johor had fallen from 83% in GE13 all the way down to 58%. On the other hand, researchers from Singapore’s ISEAS-Yusof Ishak Institute predict that if Pakatan can get just 35% of Malay support in three cornered fights, they stand to win at least 16 seats that currently belong to BN.

“The most significant decline (in support for BN in Johor) was among Malay voters.” – Merdeka centre executive director Ibrahim Suffian, as quoted in The Malaysian Insight.

However the Invoke and Merdeka Centre studies have only focused on peninsular Malaysia. Because over in East Malaysia… 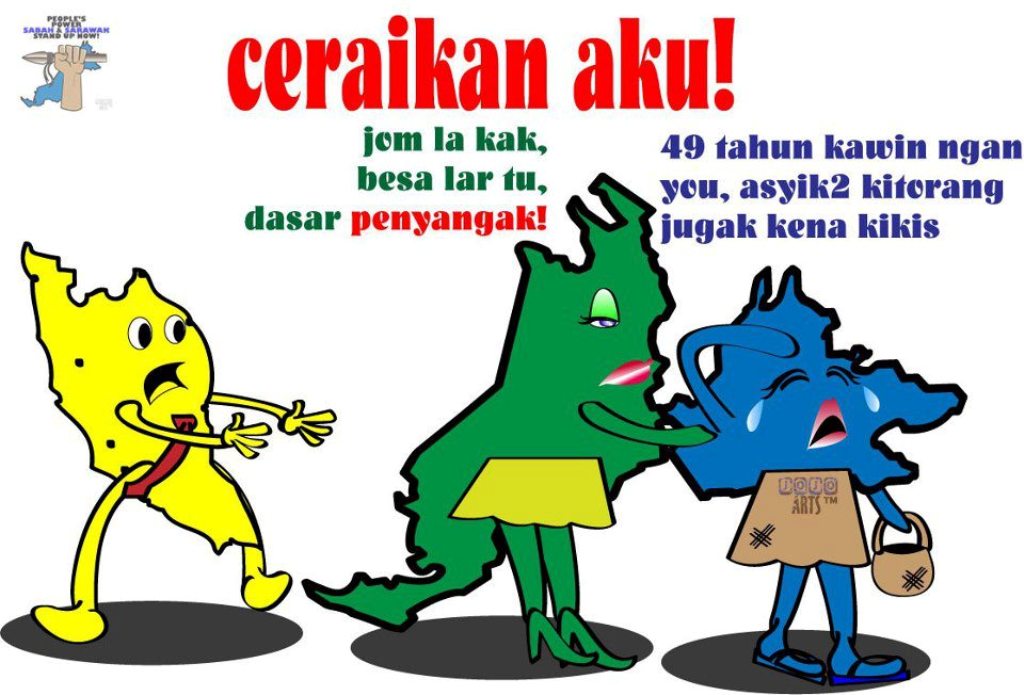 According to former Sabah Chief Minister Harris Salleh, there was a huge possibility of BN losing Sabah and Sarawak on the federal level, although it would hold on to them at the state level. He said that voters in those states were growing frustrated with the government because of its selective and discriminatory policies, and he believed that the youth vote would have a significant impact against BN.

“It is not a question of whether Sabahans and Sarawakians are being deprived of their rights by the federal government, but the people here have heard lots of things. They are worried about what is happening in KL.” – Harris Salleh, as quoted by Free Malaysia Today.

But his claims haven’t been the only rumblings in East Malaysia. In 2016, former cabinet minister and Semporna MP Shafie Apdal became one of the UMNO members who got kicked out of the party for questioning 1MDB in public. Later that year, he turned down offers to join Bersatu so he could form his own party, Warisan. Despite making it clear that they would not be joining Pakatan, Shafie confirmed that ongoing negotiations between the two were almost being finalised. Then if that wasn’t enough,  just a few days ago 1,600 people quit UMNO to join Warisan.

Over in Sarawak, rumors have been buzzing about the state wanting to secede, although its Chief Minister Adenan Satem strongly deny these. Still, these telltale signs of discontent in states that have long been considered fixed deposit support for BN is troubling for them. Former law minister turned DAP member Zaid Ibrahim even speculated that if Pakatan can win enough seats on the peninsular, BN component parties in Sabah and Sarawak will jump ship to join Pakatan in GE14.

5. Non-Malays are kinda in the bag for Harapan...

In Invoke’s data projections of support for Pakatan among non-Malays, it was revealed that Chinese voter support was at its 2013 level of above 80%. Among Indians, BN had 60% of voter support compared to Pakatan’s 40%. However, this was still comparatively high given that BN used to have an 80% share among Indian voters. Plus, even with 40%, it was expected that Pakatan would have enough support to win parliamentary seats that have substantial Indian populations.

Although groups such as MCA have expressed puzzlement over the Chinese community’s support for Mahathir, they admit that Pakatan Harapan with Mahathir at its helm does still enjoy support among Chinese voters. This observation has been echoed by Mahathir himself, who expressed confidence in Chinese voters supporting Pakatan even if he is leading the coalition.

“I think the Chinese will support us… when I meet Chinese, they are friendly. They are even friendlier to me now than when I was the Prime Minister.” – Tun Dr Mahathir, as quoted in the Malaysian Chinese News.

Chief reasons behind Chinese voters preferring Pakatan over BN are economic factors such as the weak ringgitand rising cost of living. Additionally, things like government mismanagement, corruption, and the perception of MCA as a proxy of UMNO meant that Chinese voters overwhelmingly prefer Pakatan over BN. Not to mention, after the recent spat between UMNO and Malaysia’s richest man, Robert Kuok, many think that Chinese voters would have been driven even further from voting BN.

In most analyses of the upcoming electoral contests, PAS consistently comes out as the biggest loser in three-cornered fights with Pakatan and BN. Invoke for example predicted that PAS will lose every single parliamentary and state seat they currently have, with Kelantan and Terengganu going to BN. Although less pessimistic (or should we say…

PASimistic CONFIRMED, PAKATAN WILL WIN GE14! ONE TERM OUT OF POWER WILL FORCE UMNO TO CLEAN UP ITS ACT – AND NO ONE COULD BENEFIT MORE THAN MALAYS FROM THAT!), another study similarly estimated that PAS would lose most of its seats and that PAS president Hadi Awang would be one of the casualties.

Among the chief reasons behind PAS becoming the biggest loser instead of Pakatan is their lack of support among non-Malays who only voted for them while they were part of the opposition. Since then, other issues such as their poor handling of flood relief efforts, clean water supply, or waste management, as well as policies with logging and the orang asli have further decreased their support among voters.

On top of that, recent suspicions that PAS may be working with UMNO have started to shake the confidence of PAS grassroots in their party leaders, since such a thing would be seen as a betrayal. But now that we’ve talked about Pakatan’s strengths AND obstacles, the number one reason that GE14 will see Pakatan forming the new government is…


7. Pakatan IS the only real alternative to BN

All things considered, Pakatan looks willing to take the majority from BN for the first time in history. The combination of economic and political crises with unresolved issues of transparency and corruption under BN serve to make the next GE the best time for a change of government. And with some seeing the current Pakatan coalition as the strongest the opposition has ever been, it looks like it just might happen.

“This time, the unity (of Pakatan Harapan) is better… It is not 100% perfect, but it is better than Pakatan Rakyat. I am confident this time we can defeat BN.” – Dr Mahathir, as quoted by The Malaysian Insight.

As a coalition, Pakatan has arguably built itself a track record running the state gomens of Penang and Selangor to show that they are able to govern when put to the task. That, combined with their manifesto promises which include (slightly populist) promises to abolish the GST and delay PTPTN loan repayments, as well as institutional reforms such as term limits and reducing powers of the PM, indicate that they have their own plans for the country.

It’s not all bad news for BN though, as one term as government in waiting could resolve alot of their current issues. After all, while it is likely that Pakatan will be making some huge changes to the direction Malaysia is heading in, their successes are only possible due to how far BN has gotten us in our sixty one-year history together. – cilisos


Is there a Malay tsunami coming... 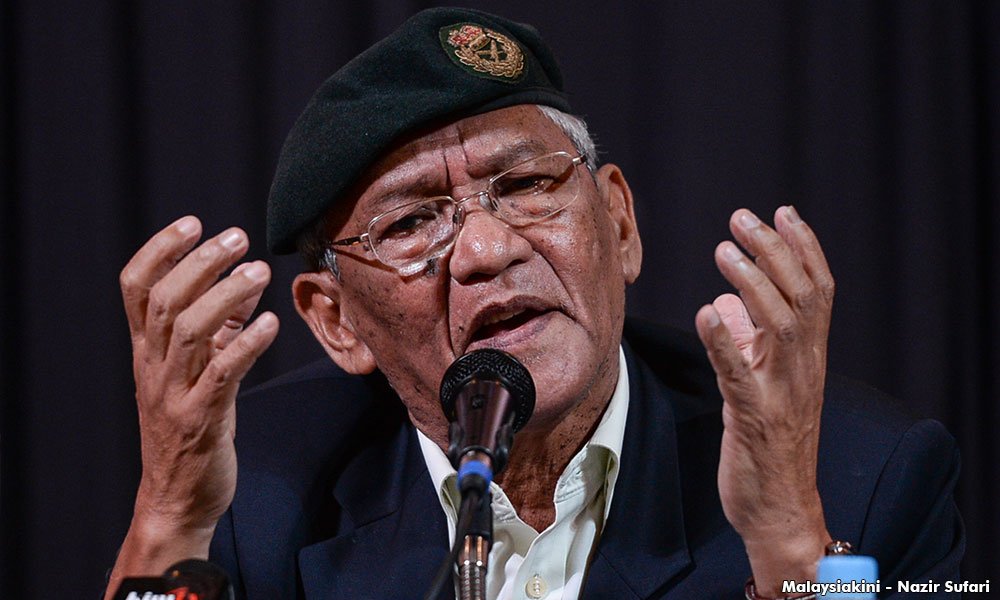 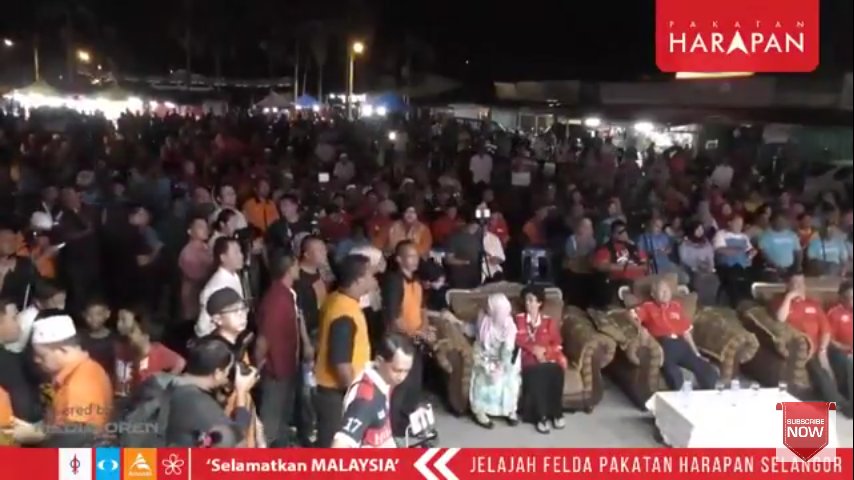 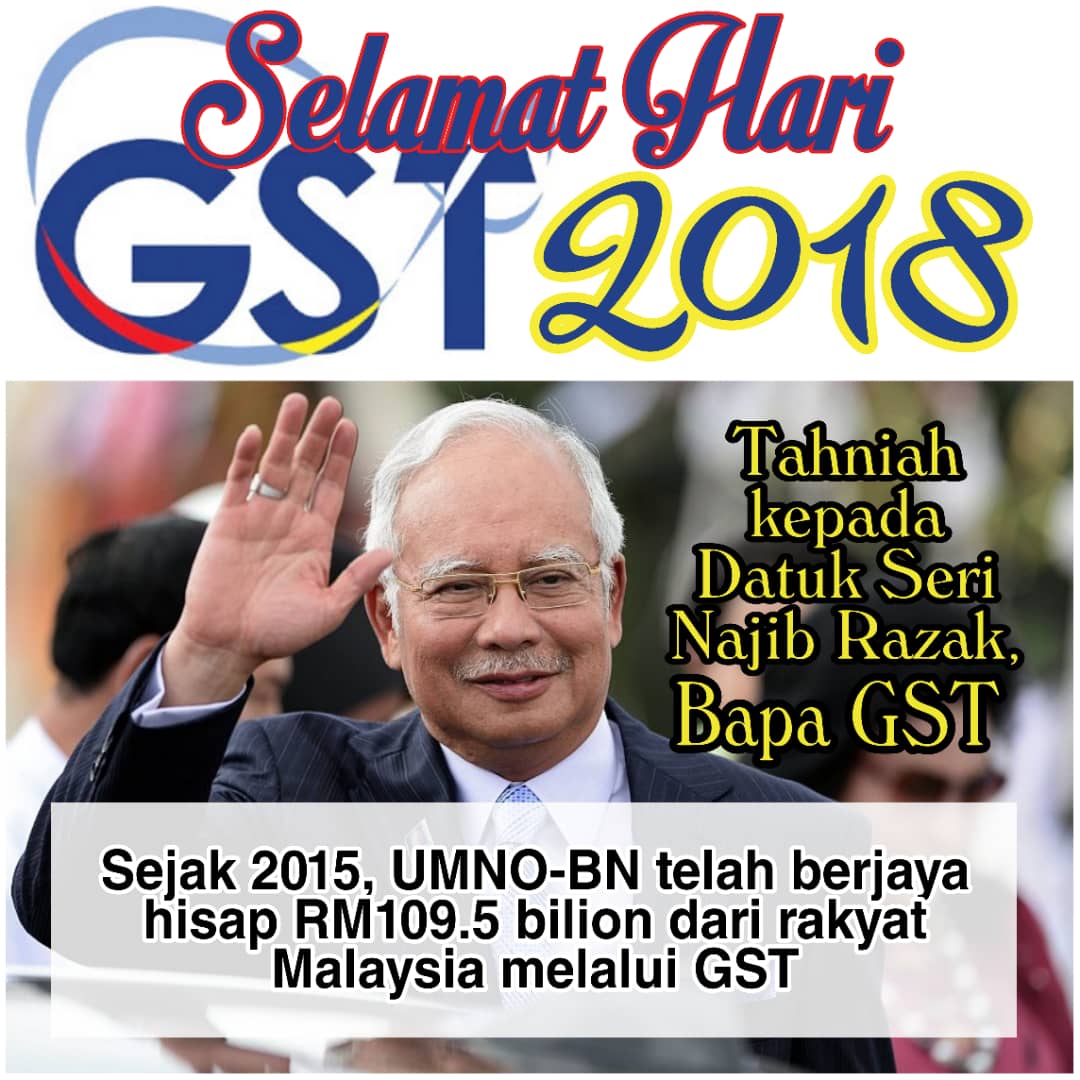 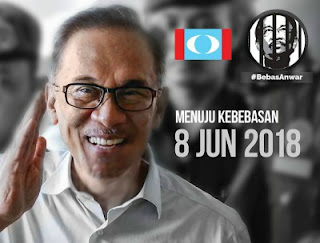