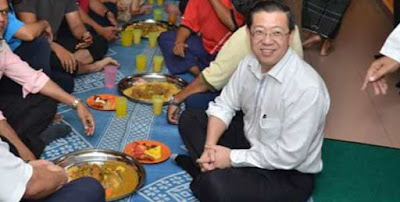 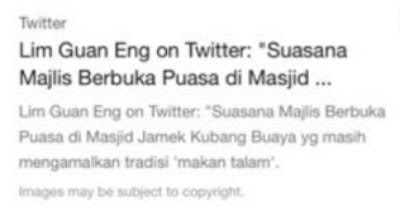 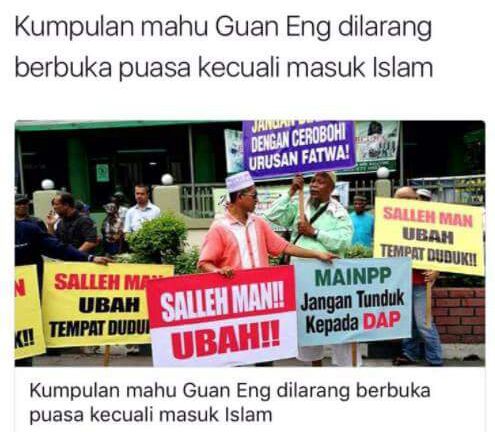 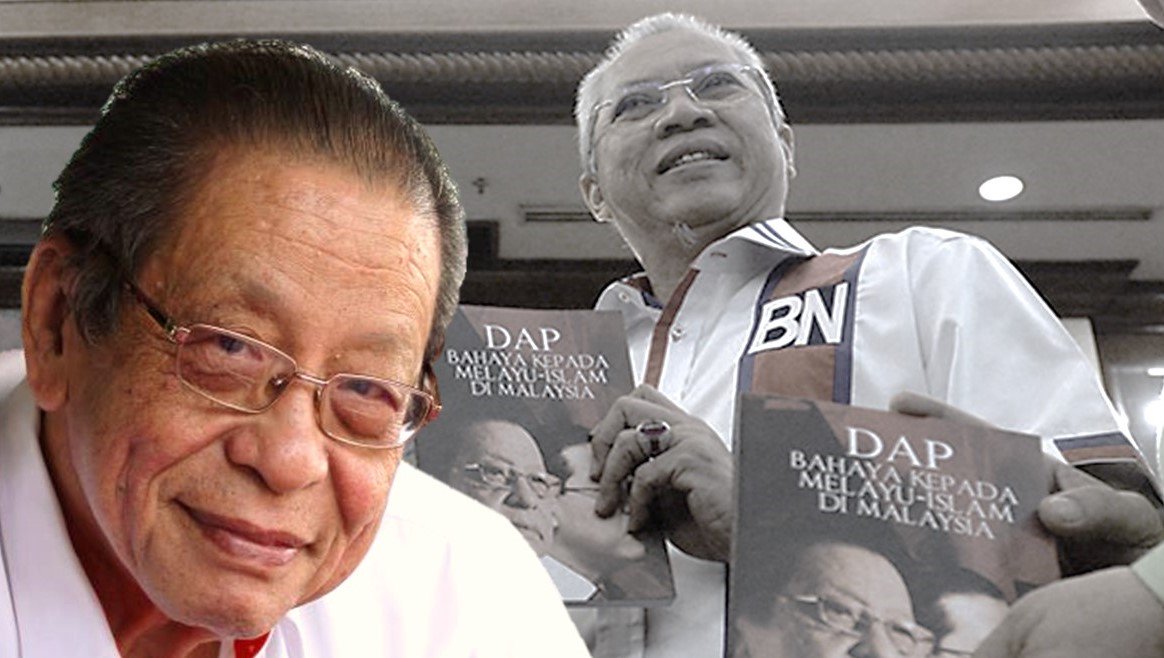 Joining celebrations of those from different racial and religious backgrounds is a tradition in Malaysia’s plural society, Cenbet committee member Derek Low said.

“Malaysians from different backgrounds should be encouraged to take part in the festivities of other communities to enhance interracial understanding.

“This is pertinent at a time of heightened tensions among those from different backgrounds.

“Asking the Penang CM to stay away from ‘buka puasa’ events is uncalled for and smacks of racial superiority,” he said in a statement.

Jaringan Muslimin Pulau Pinang last Friday held a demonstration alleging Lim of being “anti-Islam” and urging him to skip breaking of fast feasts until he converts to Islam.

“You don’t need to ‘buka puasa’ because you are anti-Islam,” the group’s chairperson Mohd Hafiz Noordin said.

Low said this “misses the point” of non-Muslims joining the breaking fast feast.

“Non-Muslims joining Muslims to break fast is an act of reaching out and of simply being Malaysian.

“Fasting and breaking of fast is practiced in many cultures and one need not be Muslim in order to fast and break fast,” he said.

He also condemned the physical assault of Lim’s special officer Zaidi Ahmad, who had interjected to rebut the protesters’ claims against the state government.

“This incident came in the wake of numerous similar cases throughout the nation and signals the country’s growing intolerance as extremism creeps into the fabric of this nation,” Low said.

Despite video evidence of being slapped, Zaidi said he will not lodge a police report nor take action against the elderly man who assaulted him.

Sulaiman had slapped Teo for allegedly being rude to Najib. 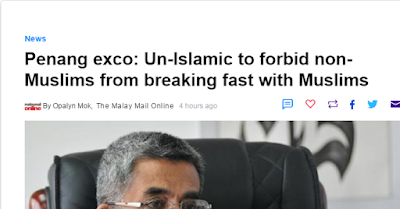 - un-Islamic to forbid non-Muslims from joining Muslims in breaking fast, Penang councillor said today.
- assured Muslims and non-Muslims not wrong for non-Muslims to join Muslims in buka puasa
- responding to Jaringan Moronimin Pulau Pinang that non-Muslims should not break fast together with Muslims.
- his statement was against Islamic teachings
- condemned incident info chief was slapped by demonstrators
- bad image to Islam as they had acted violently

Bad image to Islam?? Thats an understatement. Does Islam have an image at all?

Nearly all the food supplies that are used to cook the buka puasa food is ultimately supplied by non Muslims. Go up the supply chain and there is always a non Muslim involved.

This must be a very Islamic thing to do because no Muslim has complained about it.

I can see the non Muslims trying to recall how to shake their heads in wonder. I think they must have stopped shaking their heads a long, long time ago.

It cannot be Islamic to be so stupid. - ostb

Why did Najib shift attention from
South China Sea to Indian Ocean...

Three years ago, Malaysia Airlines flight MH370 along with 239 passengers disappeared while flying above the South China Sea. It is widely believed that the aircraft crashed into the southern Indian Ocean, but there are is much evidence and analysis that does not lend itself to this established theory.

Early on 8 March 2014, Fight MH370 (Boeing 777-200ER), heading from Kuala Lumpur to Beijing, disappeared. The incident has almost faded into oblivion as the unsuccessful search for the aircraft culminated in January of this year.

What Happened to Our Loved Ones?

For people who lost family members in the incident, however, this case is far from closed.

There was a passenger on the MH370 named Chandrika Sharma from Chennai, India. She was an executive of the International Collective in Support of Fish workers (ICSF), and was heading to Mongolia for a conference.

Until moments before departure Chandrika was talking with her husband Narendran about their plans to build a dream house in the Nilgiri Hills. They had also planned a family trip to Europe with their daughter upon Chandrika’s return.

“It has been 3 years since the incident, but the sorrow of my wife’s disappearance is still fresh in my mind,” Narendran told The Liberty. “Every day I feel the difficulties of facing reality. Victim’s families cannot move on without clear information on what exactly happened to the plane.”

Families responded at the March memorial gathering in Malaysia this year, demanding the recommencement of investigations. Later that month in South Carolina, U.S.A., families filed a lawsuit against the Malaysian government and Boeing.

More and more voices are demanding the truth behind the incident, while Malaysia Airlines and government authorities continue to refuse to disclose information regarding MH370.

What Happened to MH370 on That Day?

Let us review what we know about Flight MH370 and things related to it up and until January of this year.

Flight MH370, which departed Kuala Lumpur airport at 0:41am on 8 March 2014, was steady on its course until around 1:21am, 40 minutes after takeoff. This was when the aircraft disappeared from the radar of Malaysian air traffic control and Thailand’s military radar almost simultaneously.

What was strange was Malaysian Prime Minister Najib Razak’s reaction. He held the first press conference on the 15th, one week after the disappearance of the aircraft, and suggested the possibility that the plane was hijacked or there were problems with the pilot. After this, the press began spreading groundless theories such as the pilot had wanted to commit suicide, or that it must have been a terrorist incident. Various theories on what happened to MH370 have spread all over the world. Continue Reading... 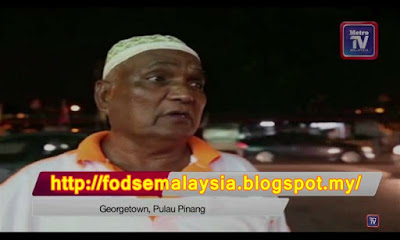 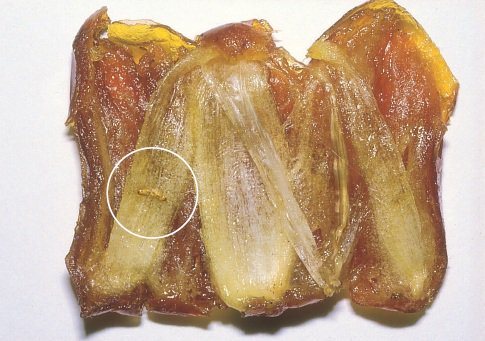 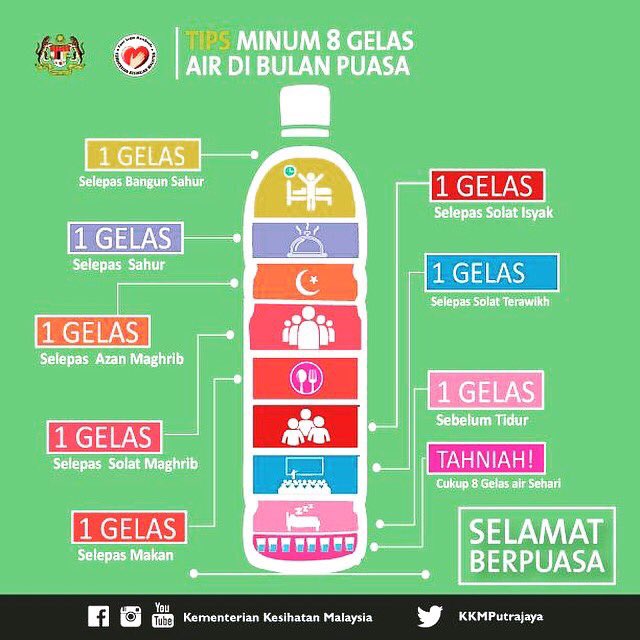 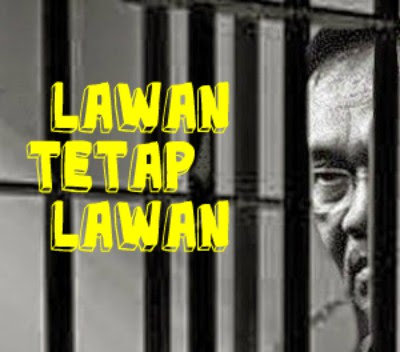