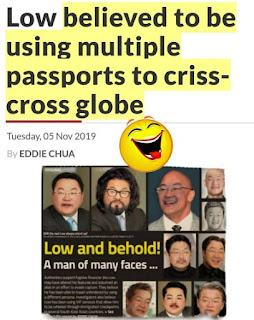 The wheels of justice grind slowly, but the long suffering Malaysian who expects swift justice in the 1MDB saga, has been dealt two more blows.

Disgraced Najib Abdul Razak, and his friend, Low Taek Jho a.k.a. Jho Low, are synonymous with 1MDB. Our patience wears thin with Najib's attempts to delay his trial, whilst Jho Low appears to be more slippery than an eel, and has evaded every attempt to arrest him, and face trial in Malaysia.

On 31 October, Najib's trial was adjourned, because he was allegedly suffering from another eye infection, suspected to be an allergy. At around the same time, we read reports, that Jho Low, was alleged to be residing in the United Arab Emirates and been granted asylum in Cyprus. Some reports alleged that his asylum was because of suspected human rights violations and political persecution.

So, how much longer, will Malaysians have to wait before justice is served? The long delays wear the rakyat down and before long they will lose faith in both the government and the judiciary. The Nuremberg trials were completed in 11 months. Will Najib's 1MDB trial take longer?

Najib was given one day's sick leave, however, he was fit enough to appear in Johor the following day and on Saturday, supported the BN candidate, at the Tanjung Piai by-election nomination.

A responsible person would have stayed at home to recover, lest he spread his eye infection, rubbing his eyes and shaking hands with well wishers. More importantly, appearing in public after claiming illness, suggests that he is mocking the court.

Najib's trial has suffered many delays, and dragged on for too long. Perpetrators of other financial wrongdoings, like the Tabung Haji or the Ministry of Defence scandals, have yet to be taken to court. The rakyat is restless.

Najib's absence last week is the second time that his trial had been postponed. The first was on 11 September, for conjunctivitis, and on 18 September, his trial was also suspended, for a few hours, so a doctor could check his eyes. 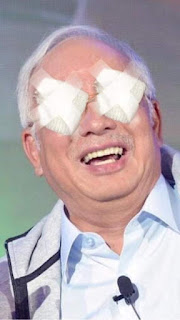 Najib's illness, his lawyer's sickness, and the judge's reprimands for tardiness, and use of social media to publicise court proceedings, is a test of our patience. Why can't he be charged with contempt of court, or held on remand?

The IGP, Abdul Hamid Bador, said that Jho Low, was using his money to buy influence, while roaming freely and doing business in Cyprus. Abdul Hamid said that the police were negotiating with Cyprus to bring him back to Malaysia to face a slew of charges. He also admitted that the foreign authorities were not cooperative.

Both Zakir and Jho Low, are allegedly wanted for money laundering and other crimes, but at least, Jho Low was not the inspiration for terrorist attacks around the world. Last May, the BBC reported that the Indian authorities had accused Zakir of money laundering, spreading hate speech and inciting terrorism. 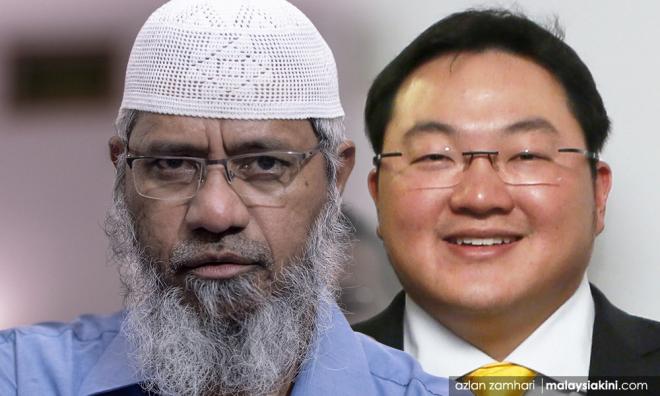 Both Zakir and Jho Low are wealthy individuals, and know that money opens many doors. Zakir uses his knowledge of various religions to convince Malaysians, especially Muslims, that he is a peacemaker. Just throw Zakir a microphone, invite an audience to hear him talk, and before long they will reach an erroneous conclusion and be convinced that he is a wise man, and not an alleged inspiration for terrorism.

On the other hand, Jho Low, is an Old Harrovian, and during his schooldays, will have mixed and mingled with the sons of various royal families, who were sent to this boarding school. After leaving Harrow, Jho Low used the old boy network to forge business deals with his wealthy middle-eastern former schoolmates.

Both Zakir and Jho Low are alleged to have claimed that they would not get a fair trial in their respective homelands.

Either the Prime Minister of Malaysia, or the Minister of Foreign Affairs, should issue a statement to refute the allegation that Jho Low would not receive a fair trial. These are slurs on our judiciary, but will the Malaysian rakyat ever see justice in the 1MDB saga?

Najib must envy Jho Low's freedom, and will use every opportunity to postpone his conviction. - Mariam Mokhtar 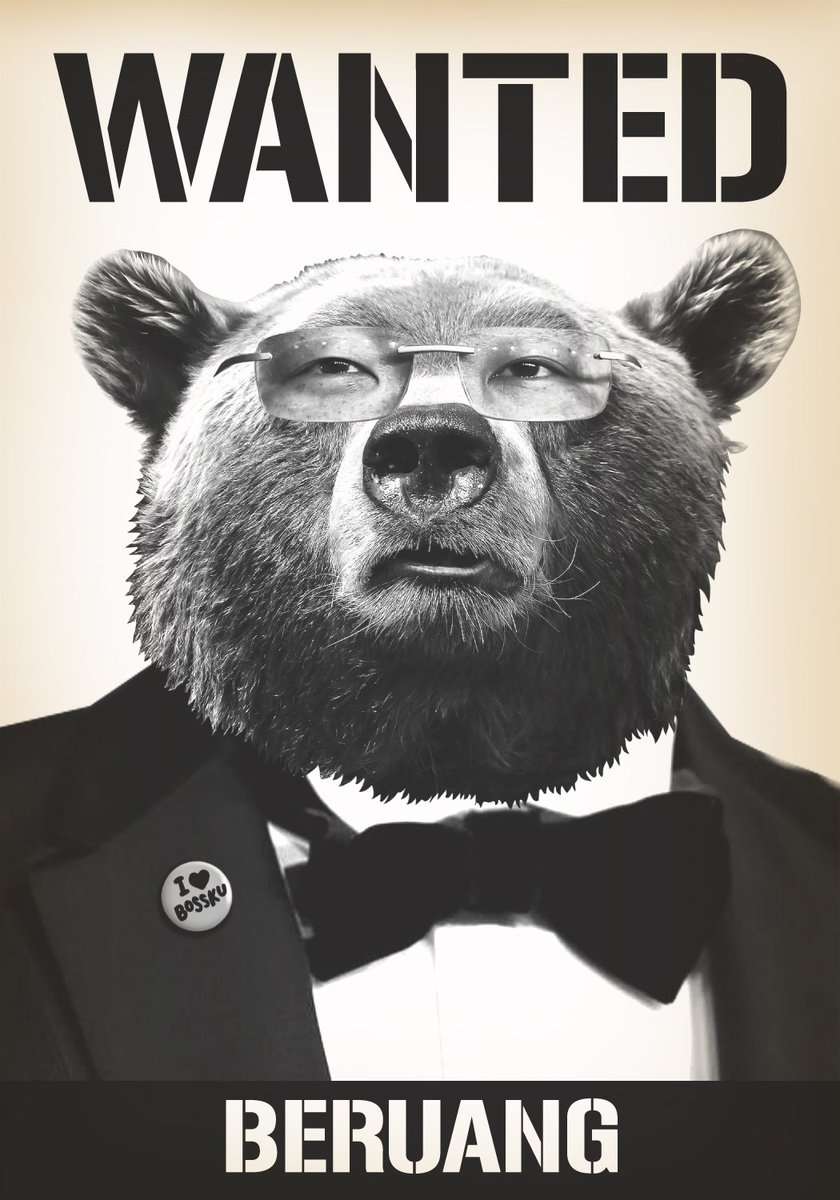 Another Twist In The Hunt For Jho Low...

The hunt for fugitive Low Taek Jho aka Jho Low takes a new dimension as he is now know to have acquired a Cypriot passport.

He could not have changed his face to look like a “beruang” (bear) and body like a “seladang” (gaur) as this would deny him the right to hold a passport.

He is more likely to go under the knife to look like the devastatingly handsome Leonardo DiCaperio.

Why look like a scruffy bear when your 1MDB loot, even after having been partially surrendered to the US Department of Justice (DoJ), can make you look like DiCaprio or Humphrey Bogard?

After all he was living out a movie-life in Hollywood until we exposed him as being the mastermind and the bagman for the former Prime Minister, Mohd Najib Abdul Razak, sometime after the 2013 general elections. 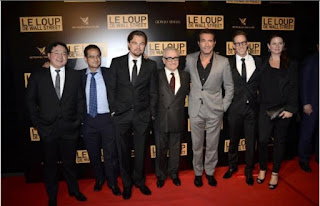 He even used some of the money he and Mohd Najib looted from the 1MDB to fund the latter’s stepson – Riza Shahriz Abdul Aziz - in his venture into the Hollywood movie world.

The the picture above, Riza is squeezed in between Low and DiCaprio.

Now that we know that Jho Low has a Cypriot passport, it would logically be easier for us to track his down. With a valid passport, he may be inclined to travel more widely and could let his guard down.

Cypriot passport and citizenship could actually be obtained rather cheaply and openly from Euro2.15 million (about RM10 million) onward and Jho Low could have bought other for-sale passports as well.

So let’s do a Mossad and get our hands on him. This should not be too difficult since our law enforcement agencies and their top brass have been telling us that they know his whereabouts.

Let’s not beat around the bush anymore. Just dig him out of the worm hole, as promised, and bring him back to Malaysia kicking and screaming. - a.kadir jasin 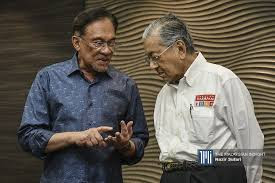 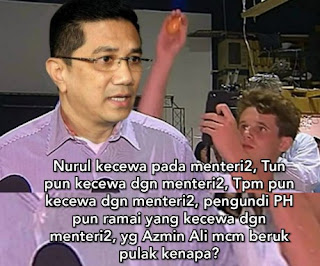 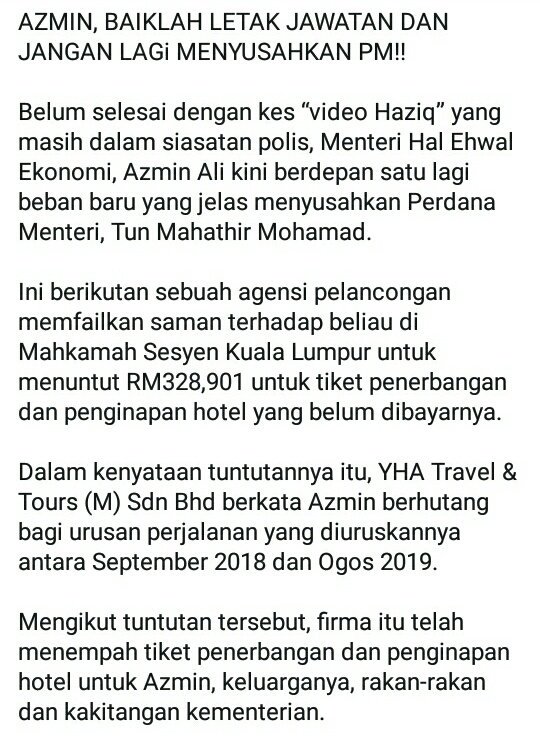 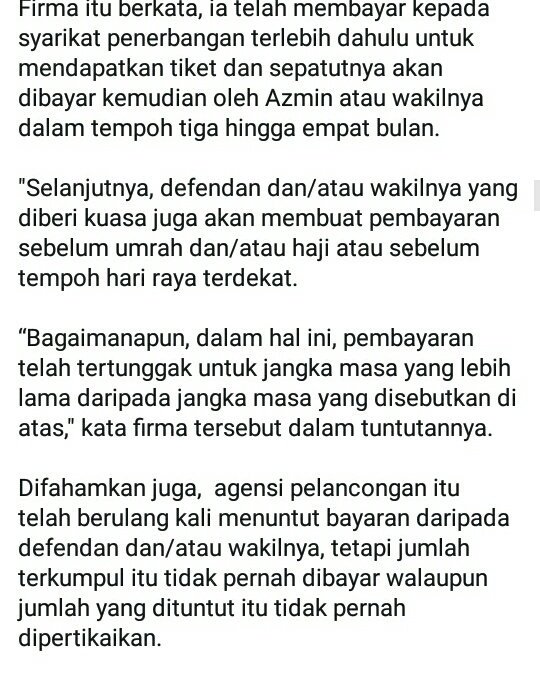 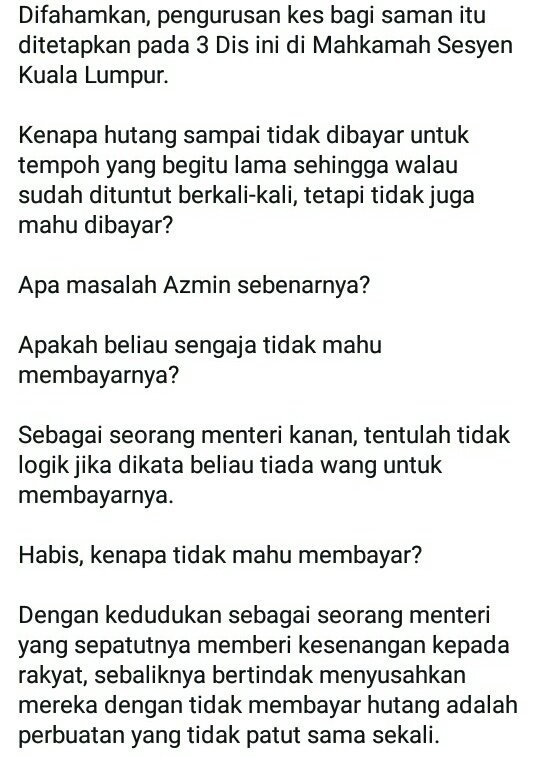 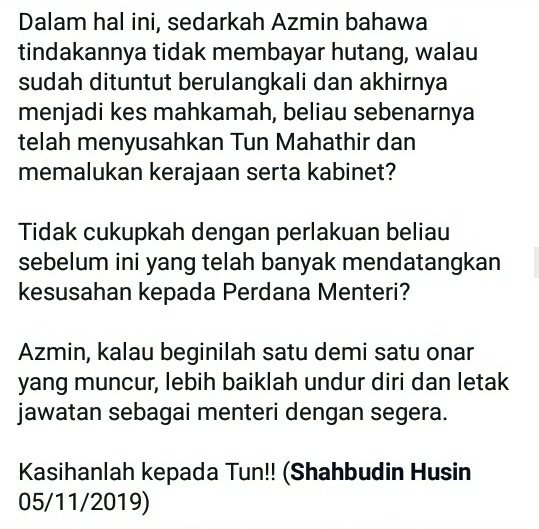 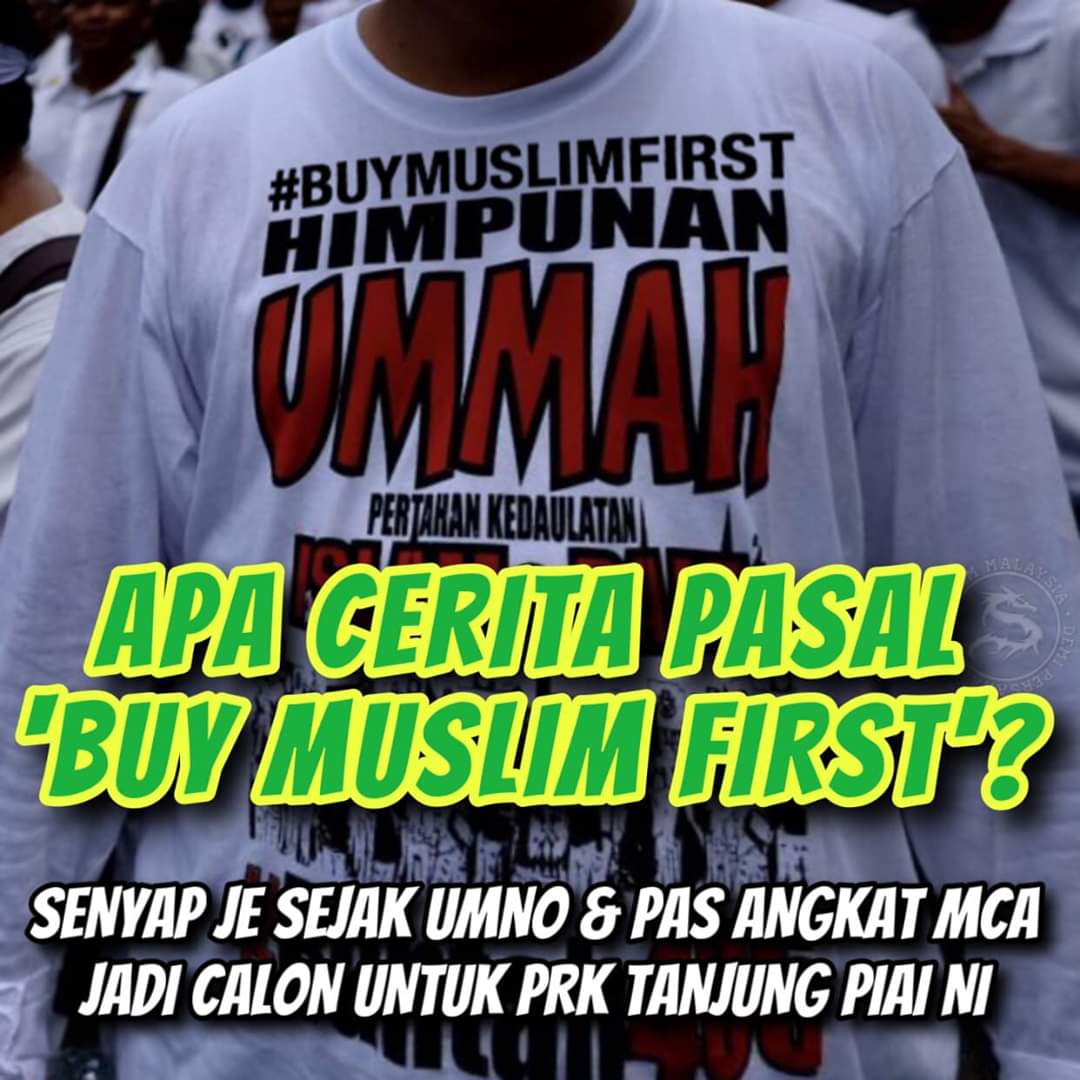