A leadership crisis could explode in Perak ...

Due To Bersatu’s Corruption, Racism, Arrogance and Hypocrisy...

After Azmin Ali’s gay sex video, which Prime Minister Mahathir Mohamad tried to cover-up using some ridiculous and laughable excuses, another video clip has emerged that would need the intervention of the 94-year-old premier again. Unlike Azmin’s sex scandal, however, the new video clip involving Mahathir’s own party could trigger a serious leadership crisis in the state of Perak.

A video clip of Perak Menteri Besar (Chief Minister) Ahmad Faizal Azumu bitching to a group of people how he is fighting a “lone battle” against DAP has gone viral. He was caught saying – “I am fighting alone with the DAP clans. I want to defend the Malay land and to fight for our religion. Thankfully, some friends in UMNO don’t scold me. They are good with me.”

The 2-minute-47-second video clip has indeed raised eyebrows considering DAP is one of four major components making up Pakatan Harapan, the coalition that had stunningly defeated the old government of Barisan Nasional, a coalition controlled and dominated by the corrupt and racist UMNO party for the last 61 years since independence in 1957.

The video is believed to have been recorded during the Tanjung Piai by-election campaign as Pakatan Harapan’s candidate Karmaine Sardini is also seen in the footage. And since both Ahmad Faizal and Karmaine Sardini are members of Mahathir’s party – PPBM (Bersatu) – the video naturally creates a bigger mistrust, doubt and suspicion about the hidden agenda of the party.

It screams treacherous that as the chief minister of Perak, Faizal didn’t think twice about condemning ally DAP but rained praises on opposition UMNO, as if his own party had joined the wrong coalition. Clearly, his heart is still with the corrupt UMNO, never mind its former president Najib Razak faces 42 charges of criminal breach of trust (CBT), money laundering and abuse of power.

The best part was when Ahmad Faizal said to the crowd, presumably his trusted circle, that he had UMNO “blood” and would not mind helping “his people”. That statement alone suggests that behind the scenes, the chief executive of Perak could have helped – even conspired – to ensure projects and contracts were given to UMNO people in the state.

When confronted about the video, the despicable Perak leader claimed it was a misrepresentation and denied the existence of a rift with DAP. Amusingly, he insisted that his remarks were taken out of context, precisely what any UMNO leaders would say whenever they screw up. Karmaine Sardini, meanwhile, said he could not remember anything about the controversial words.

The incompetent chief minister from Mahathir’s party can easily be promoted to the same league as “Black Shoe” Education Minister Maszlee Malik. His idea for a brand new airport in the Manjung area to be built despite the fact that the state is so poor it has to make do with patched-up road (mocked as the beggars’ roads) has been ridiculed, mocked and laughed at.

Thanks to Ahmad Faizal, the illegal sand mining in the state is still business as usual, despite a change in the government. The selling of sand allegedly involving one of the cronies of Zambry Abdul Kadir, formerly Perak Menteri Besar under the corrupt UMNO regime, is believed to be still ongoing. Zambry’s boys were infamous for accepting bribes and sexual favours from sand miners.

Heck, the Perak administration was so screwed up that the people were shocked when told that the Mayor of Ipoh, Azmri Man, had gone AWOL for months without anyone noticing. When asked about the missing mayor, the clueless Chief Minister Ahmad Faizal could not offer any explanation, but said that a new mayor had been appointed and would start work soon.

Under Ahmad Faizal’s leadership, the maintenance contract for the city of Ipoh (capital of Perak) was awarded to a company from Johor known as Bujang Holdings Sdn Bhd that, surprisingly, has no manpower at all. He was also accused of quietly and directly awarding concession for the maintenance of state roads to a company that had already been given another contract under a different name.

Yes, when the same concession was awarded again to a company, Bujang Selenggara, after the contract ended, it triggered controversy because it was done without going through a valid tender process. So to get around it, the genius chief minister once again awarded the concession through direct negotiations to the same company, after it was renamed as Puncak Emas Infra.

So thanks to the abuses of power of the Perak Menteri Besar’s office, Puncak Emas Infra (formerly Bujang Selenggara) has been given full power to appoint contractors and set prices as it wished. At best, Ahmad Faizal is one heck of an incompetent leader. At worst, he happily received kickbacks from the company to milk taxpayers’ money in the concession.

In February, he admitted that 400ha of forest land was awarded to a company with a paid-up capital of only RM2 without going through an open tender. He argued that the directors of the company have vast experience in forest plantation, and the company is working closely with the Malaysian Timber Industry Board for forest land development. Hence, there was no need to open tender.

Yes, the disgraced Syed Saddiq, the same punk who had initially condemned hate preacher Zakir Naik for playing racial politics against minorities Chinese and Indians only to invite the radical extremist for a delicious dinner at his home 10 days later, has officially become the youngest and biggest hypocrite in the party for not slamming the “rude and disrespectful” Ahmad Faizal.

Instead of rubbing shoulders and helping cronies of supposedly enemy UMNO, Ahmad Faizal should be grateful that DAP supports his appointment as the chief of the state of Perak. His party Bersatu (PPBM) has only 2 seats in the 59-seat state assembly while ally DAP holds 18 seats, the biggest number in the coalition. Other allies PKR possess 6 and Amanah 4. 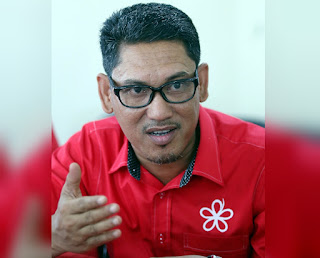 In essence, the fragile Pakatan Harapan coalition has only a 2-seat majority in Perak. If two of its 30 assembly representatives were to defect, the state government would collapse. The arrogant Bersatu should realise that out of 14 seats it had contested in the May 2018 General Election; it only won 1 seat (Ahmad Faizal). Even then, he won it with a majority of only 39 votes.

Even if Chinese-majority party DAP cannot appoint any of its assemblymen to become a Menteri Besar for obvious reason, despite them having a Malay representative, PKR or Amanah is more qualified than Bersatu in leading the state. Yet, amazingly, Mahathir was allowed to appoint his sole representative as the chief minister, out of respect for him.

Unfortunately, Ahmad Faizal might have been emboldened by the 2-seat majority in Perak to commit the hanky-panky business, including badmouthing the DAP. He bets neither DAP nor PKR or Amanah would rock the boat. Likewise, he is also betting that the MACC (Malaysian Anti-Corruption Commission) would not dare investigate him, as it would lead to the potential collapse of the Perak government.

True, Bersatu and UMNO were cut from the same cloth. Ahmad Faizal has been just another product churned out from the same UMNO assembly line, hence his close relationship and association with the party regardless of its massive corruption. To be fair, it’s the business of monkey see monkey do. He was merely taking the cue from the top leadership – Mahathir Mohamad.

PM Mahathir’s approach to racial and religious extremism in winning Malay vote bank appears to have proven more damaging than anticipated. The prime minister’s willingness to accept UMNO defectors into his own party is seen as an endorsement that no frogs are too dirty or corrupt to be welcome. The speculation of a new “Malay-only” government has also created confusions.

More importantly, Mahathir’s refusal to state a tentative date to hand over the premiership to prime minister-in-waiting and PKR president Anwar Ibrahim has created a perception that the power-hungry 94-year-old prime minister is more willing to betray the Pakatan coalition and jump ship to form a new government with opposition UMNO and PAS, than to honour his promise.

Yes, Ahmad Faizal, despite his incompetency and arrogance, could have been inspired and influenced by Mahathir leadership to fight ally DAP. Mahathir’s secret and private meeting with UMNO warlords like Hishammuddin Hussein and PAS President Hadi Awang could have been mistaken by the Perak chief minister as signals that Bersatu is about to sleep with UMNO and PAS.

Still, Ahmad Faizal is definitely not fit to run the state. If he remains as the Perak’s chief minister, the state will surely fall to the opposition in the next general election. But what choice does Mahathir have, even if he disagrees with the moron? Like half-past-six Education Minister Maszlee, the Chenderiang assemblyman is the smartest available man Bersatu has in Perak. - FT 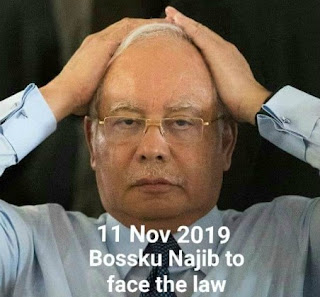